Add an Event
Newswire
Calendar
Features
Home
Donate
From the Open-Publishing Calendar
From the Open-Publishing Newswire
Indybay Feature
Publish to Newswire
Add an Event
Related Categories: Santa Cruz Indymedia | Environment & Forest Defense | Racial Justice
March to Santa Cruz City Hall to Save the Knoll
by ~Bradley (bradley [at] riseup.net)
Thursday Aug 25th, 2011 5:24 PM
It has been over three weeks since KB Home contractors unearthed the skeletal remains of a young Ohlone child at the Branciforte Creek construction site in Santa Cruz. The City Council has yet to meaningfully address this situation or take action to honor Ohlone requests to protect the area by halting KB Home's planned development.

On August 25th, 75 people marched in downtown Santa Cruz from Laurel and Pacific to City Hall on Center Street in an action organized by the Save the Knoll Coalition. One person maintained an indigenous chant throughout the march, many people carried signs and banners, and several distributed educational flyers. 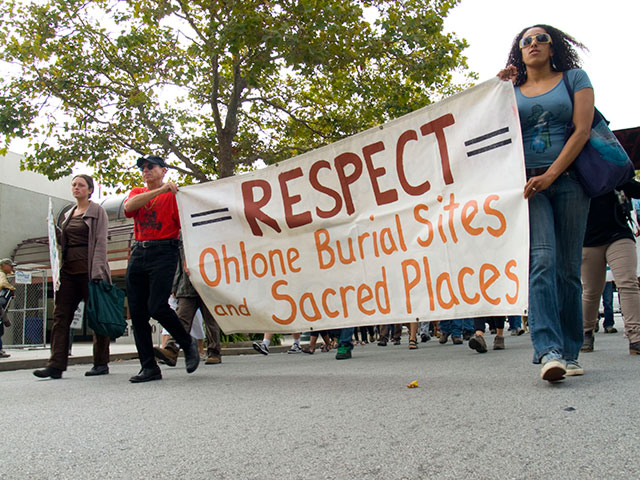 Charlene Sul, a representative of the Save the Knoll Coalition, was one of the people who made impassioned public comments. Santa Cruz Vice Mayor Don Lane reported that he has been talking with KB Home representatives in an effort to protect the Knoll. Councilmember Tony Madrigal inquired with city attorney John Barrisone about holding another city council meeting soon to discuss the Knoll. Tony's inquiry was backed by Councilmember Katherine Beiers, who said she was misinformed regarding the public comment period, and had told about 15 people that there would not be time for public comment.

At a rally outside city hall following the public comment period, Save the Knoll organizers stated that they felt the response from City Council was positive overall. But this is no time for people to let their guards down, rather it is important for people to continue putting pressure on KB Home and the Santa Cruz City Council.

Ohlone descendants have asked for a halt to any earth movement or development on the 6,000 year old village and burial site. Hundreds of Santa Cruz residents have rallied in support of the Ohlone people who are asking that the area be protected before anymore of their ancestors are disturbed.
http://bradleystuart.net
§Join the Movement
by ~Bradley Thursday Aug 25th, 2011 5:24 PM 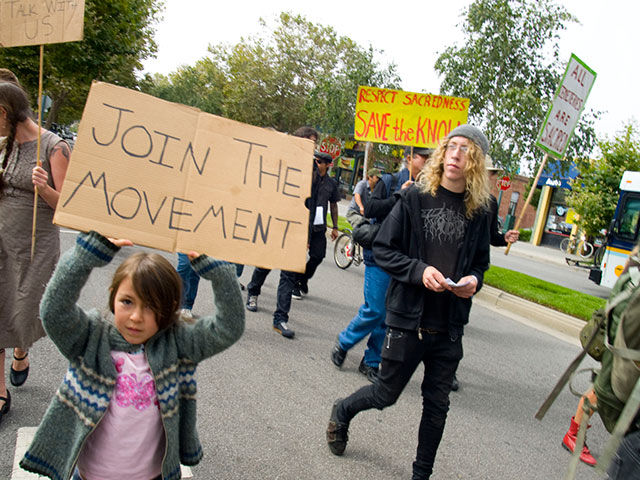 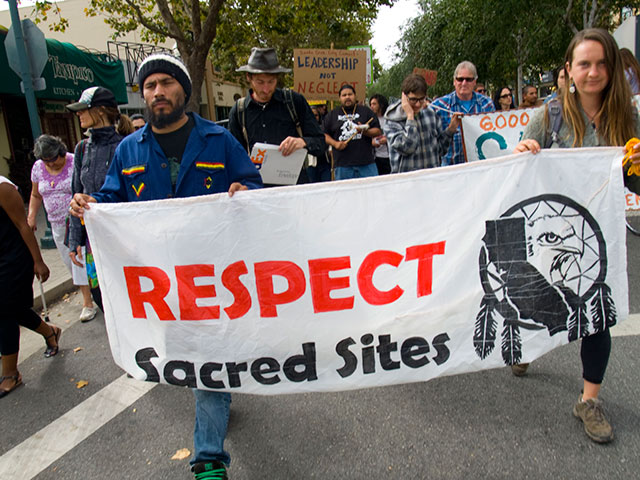 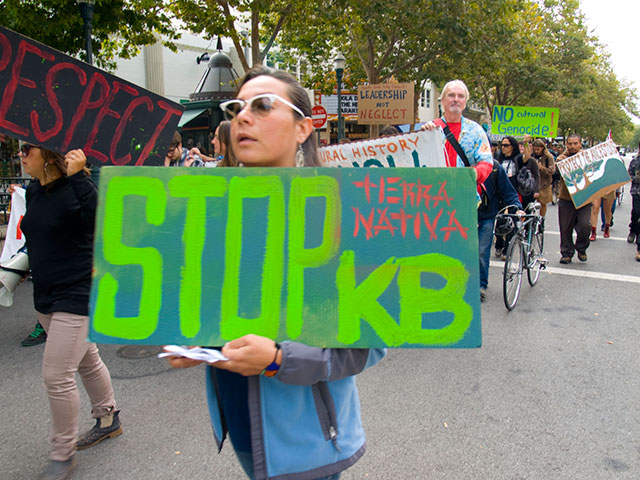 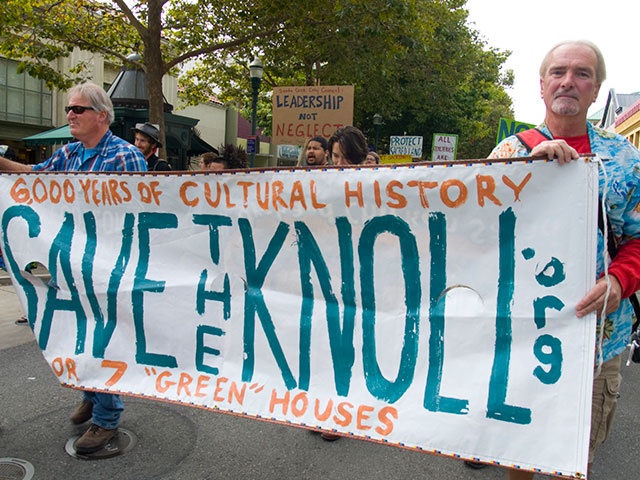 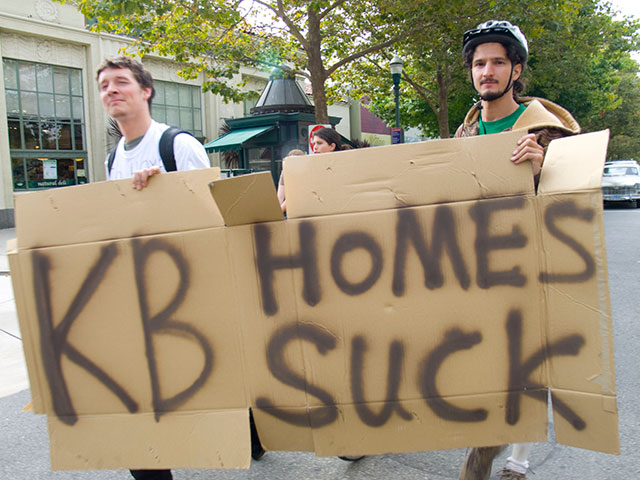 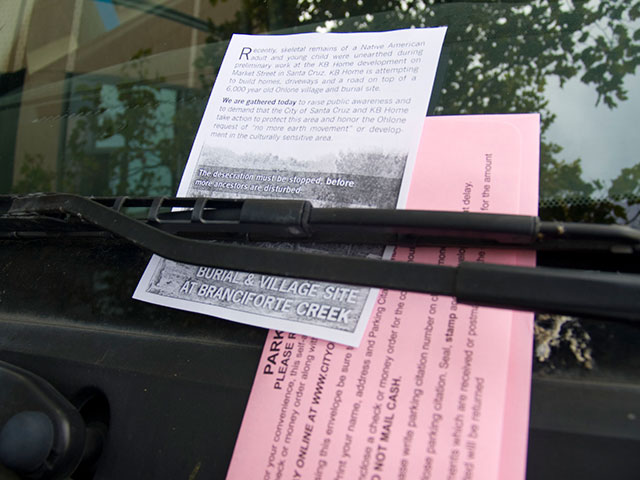 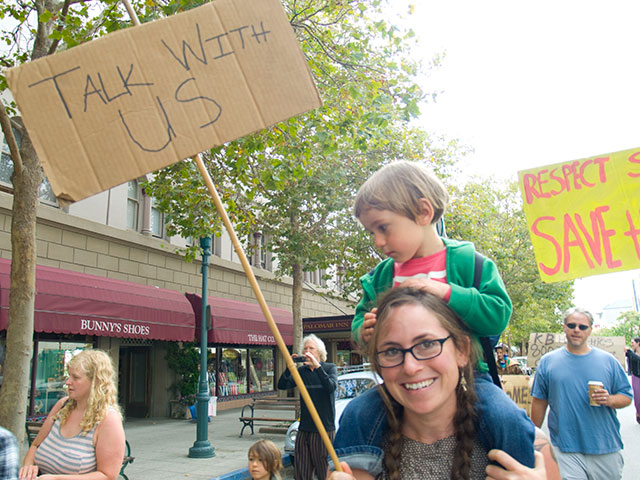 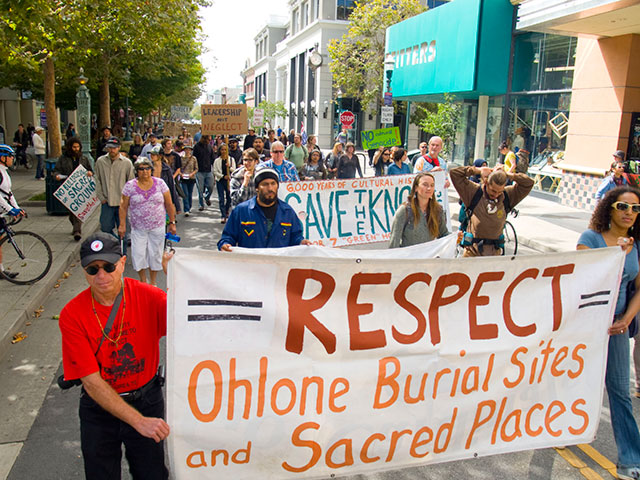 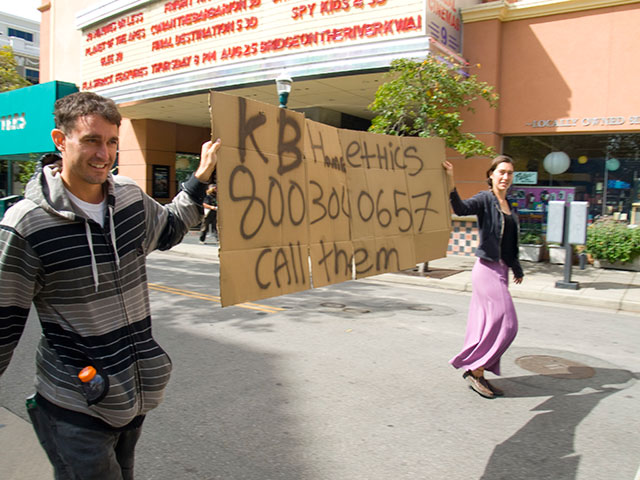 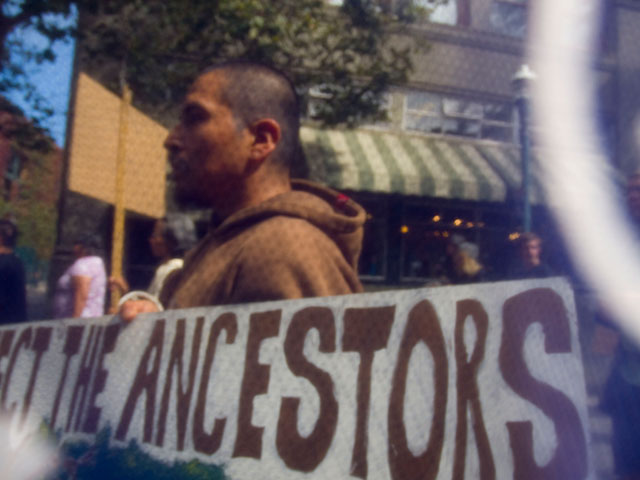 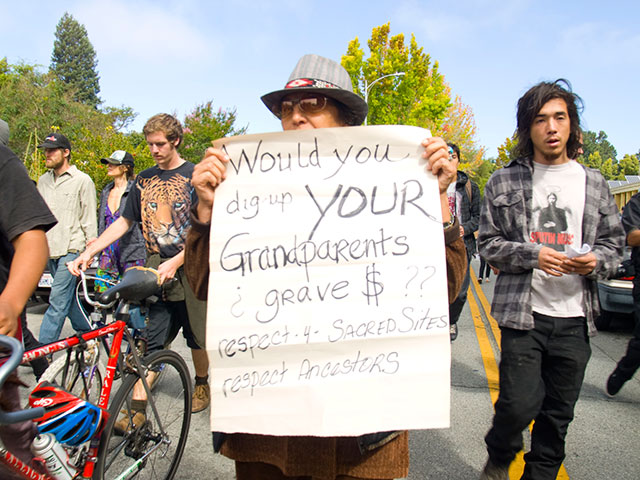 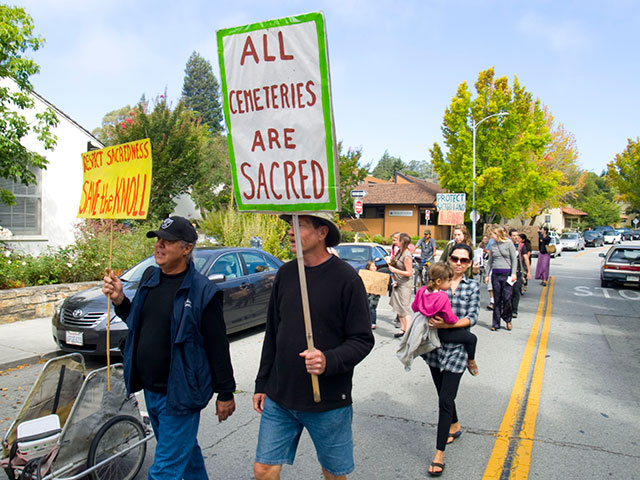 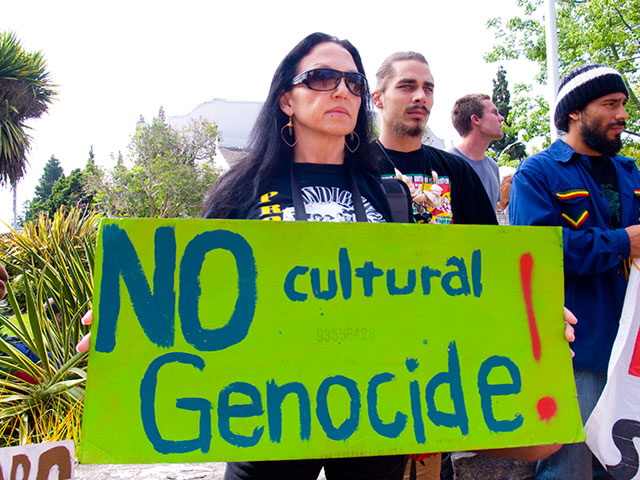 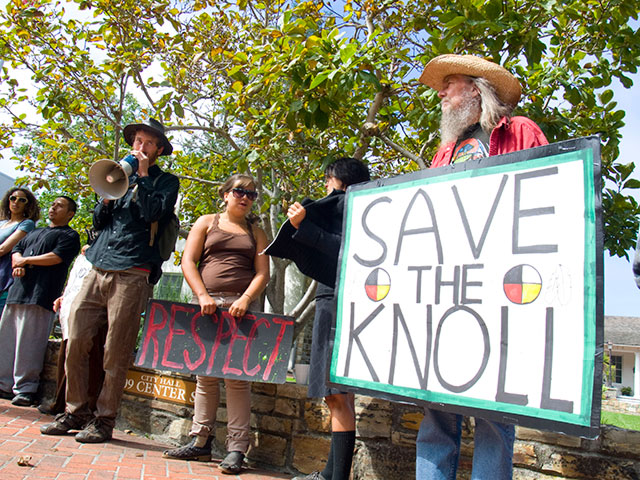 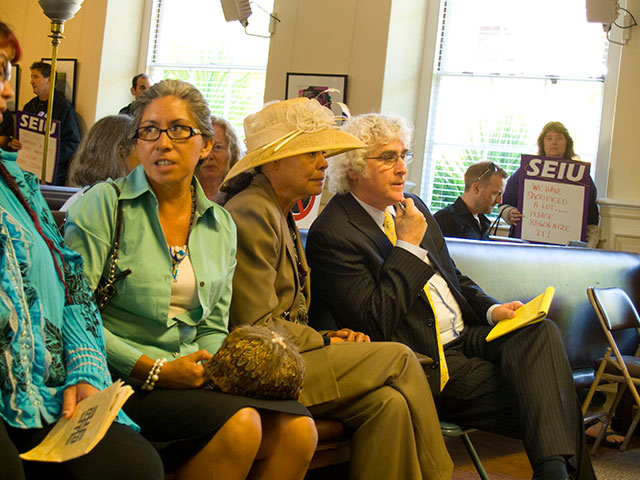 Ann Marie Sayers, an Ohlone native, has been designated as the "Most Likely Descendent" of peoples who have been dug up during the construction which has already begun at Branciforte Creek.
http://bradleystuart.net
§Charlene Sul
by ~Bradley Thursday Aug 25th, 2011 5:24 PM 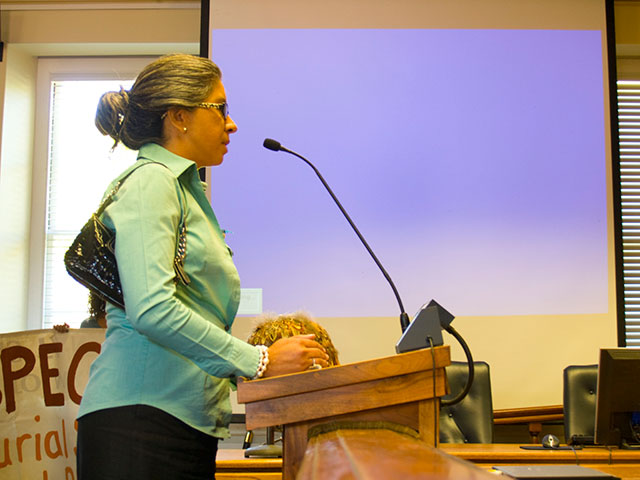 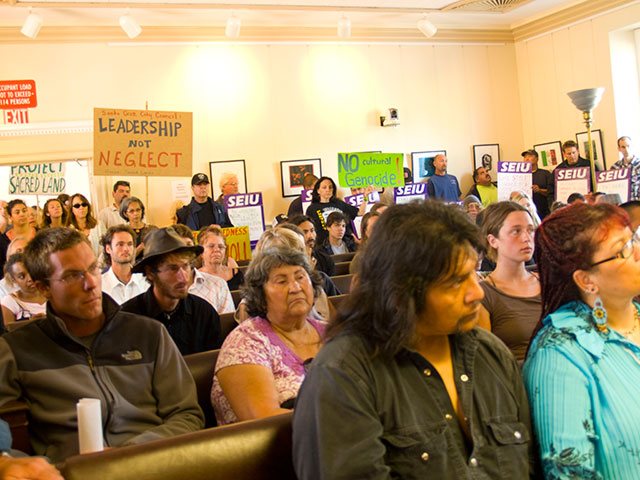 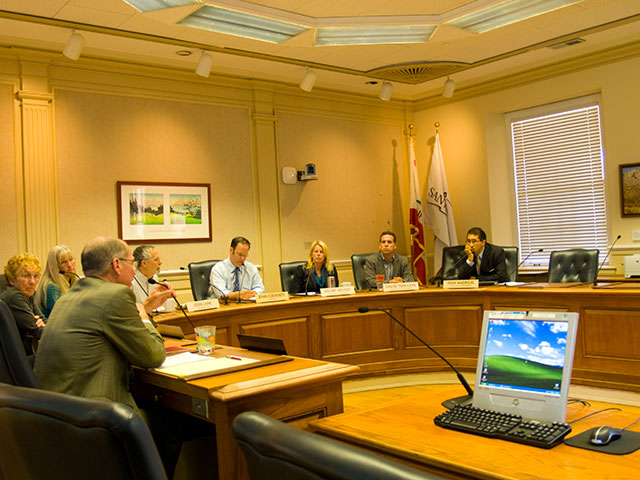 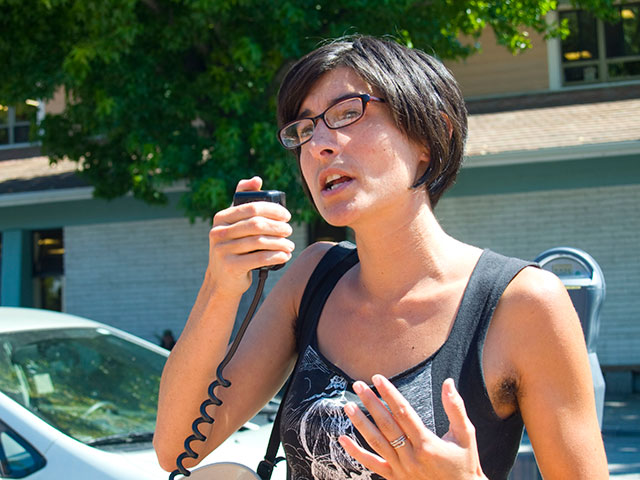 http://savetheknoll.org/
http://bradleystuart.net
Add Your Comments
LATEST COMMENTS ABOUT THIS ARTICLE
Listed below are the latest comments about this post.
These comments are submitted anonymously by website visitors.