Add an Event
Newswire
Calendar
Features
Home
Donate
From the Open-Publishing Calendar
From the Open-Publishing Newswire
Indybay Feature
Publish to Newswire
Add an Event
Related Categories: Santa Cruz Indymedia | Police State & Prisons | Womyn
Slut Pride Worldwide: Santa Cruz SlutWalk
by ~Bradley (bradley [at] riseup.net)
Monday May 16th, 2011 11:38 PM
On May 15, Santa Cruz SlutWalk took the sidewalks to make a unified statement about sexual assault and victims’ rights, to demand respect for all, and re-appropriate the term slut. The demonstration was one of many around the world sparked by a statement on January 24 from a representative of the Toronto Police to a group of students. The officer shared insight into the police force's view of sexual assault by stating, "women should avoid dressing like sluts in order not to be victimized." 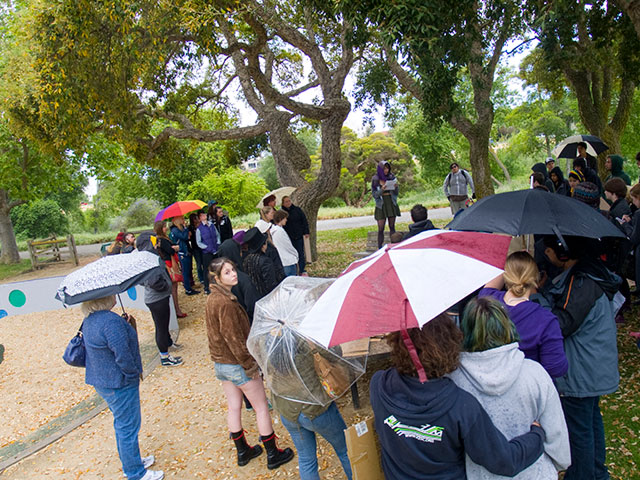 Santa Cruz SlutWalk began in San Lorenzo Park at noon on a rainy Sunday. The weather was not ideal for a SlutWalk, but the sun eventually turned out, and layers of clothing were shed. The demonstration traveled from San Lorenzo Park down Pacific Ave, up Laurel St., along Mission to Walnut, and ended with a rally at the clock tower.

After some reflection after the first SlutWalkTO, SlutWalk is determined to keep going.

With your help, SlutWalk has become a mechanism for increased dialogue on victim-blaming, slut-shaming, misogynist and oppressive ideas that need to be challenged. These damaging ideas affect all of us and play into racist, ableist, homophobic discussions, discussions about status, class, sex work, indigenous rights and more that need to be challenged.

SW has become an empowering event, and with this in mind, we are proud to announce that…

SLUTWALK WILL BE RETURNING AGAIN NEXT APRIL!

The five folks behind SlutWalkTO organizing, plus some other incredible voices, will be building on what SW did well this year, how to improve, and how to keep going.
http://bradleystuart.net
§Rape is a Crime of Power
by ~Bradley Monday May 16th, 2011 11:38 PM 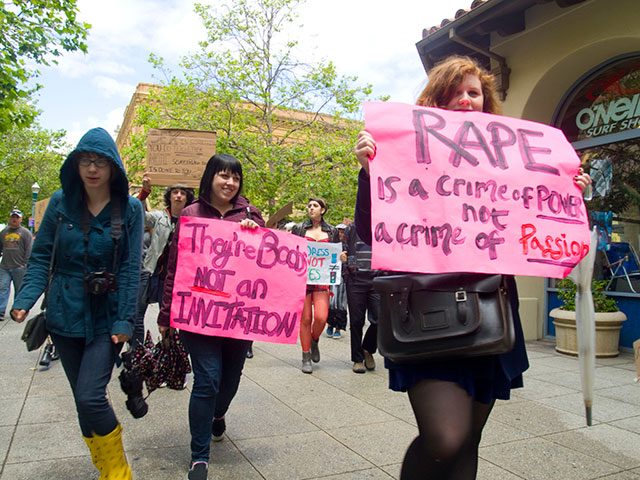 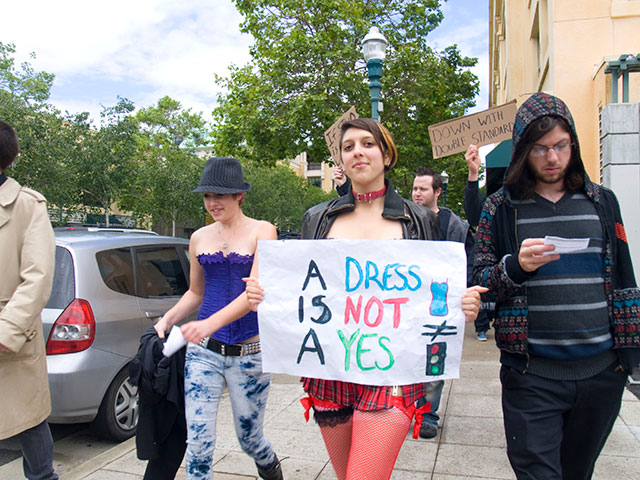 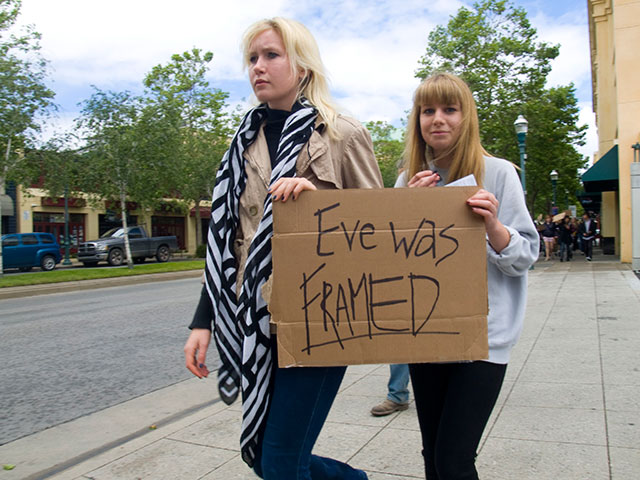 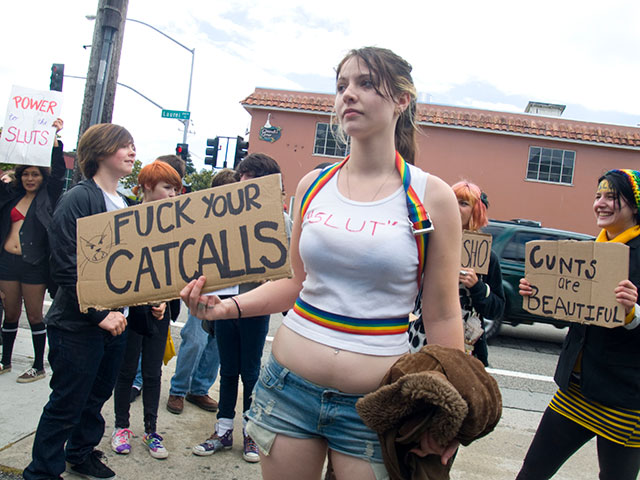 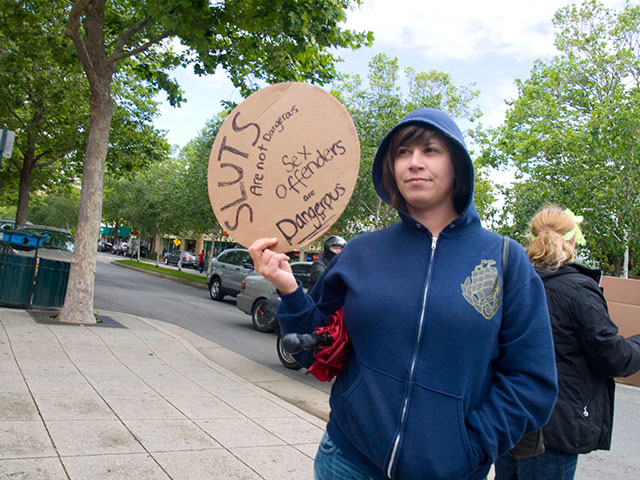 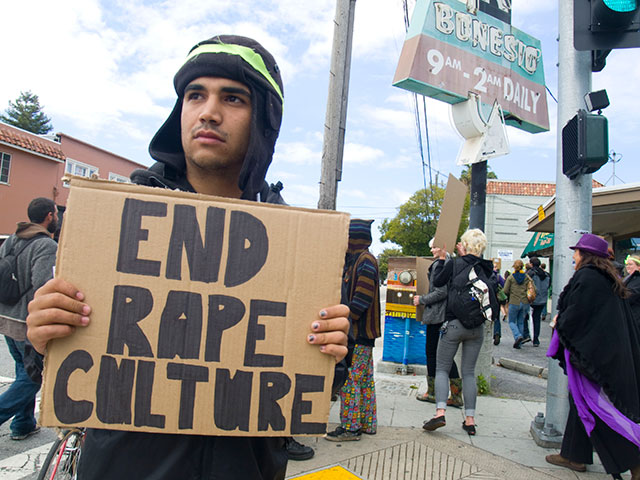 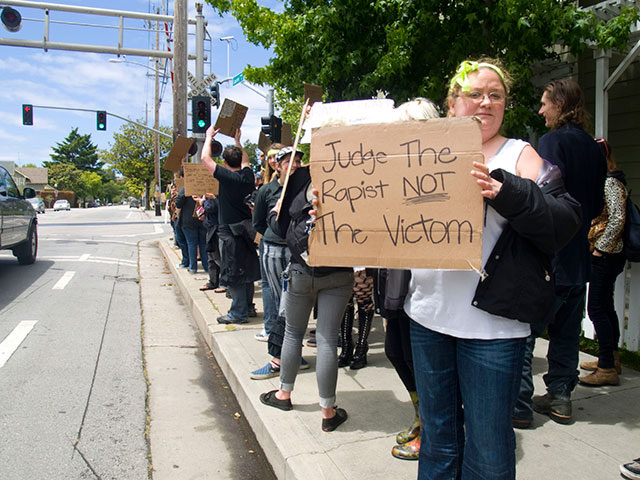 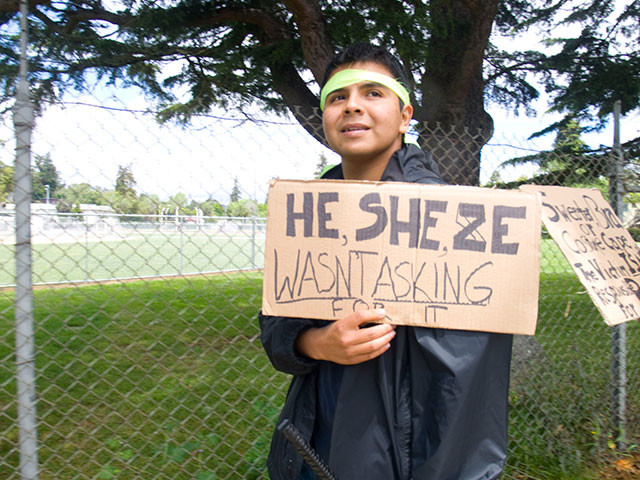 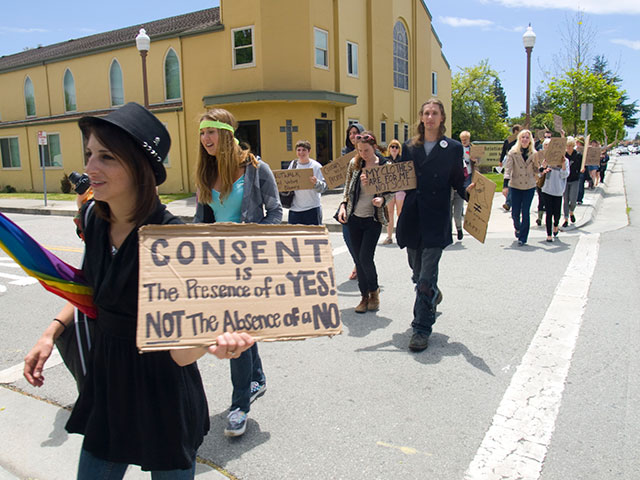 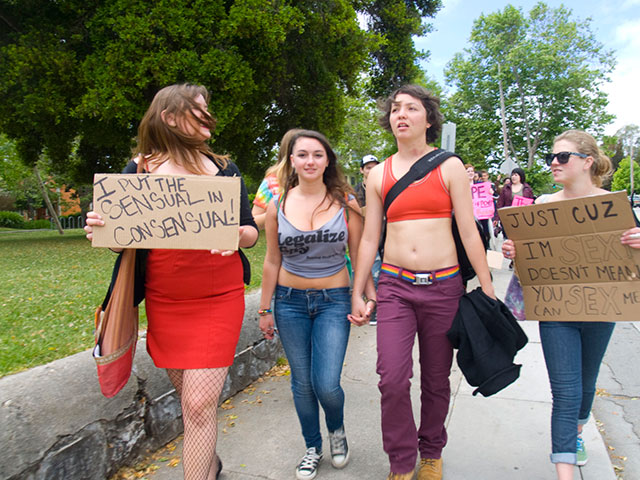 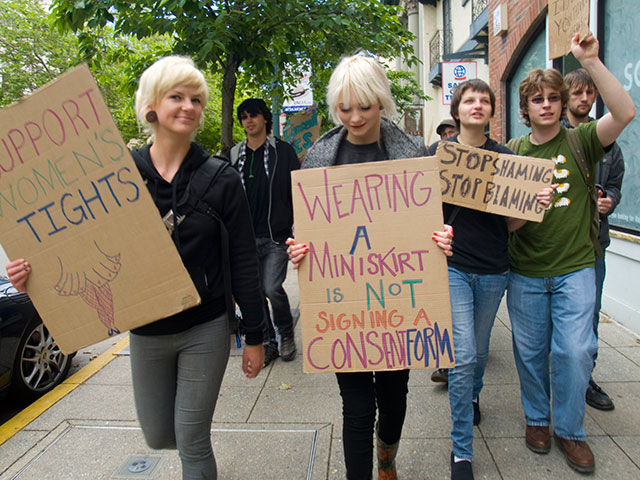 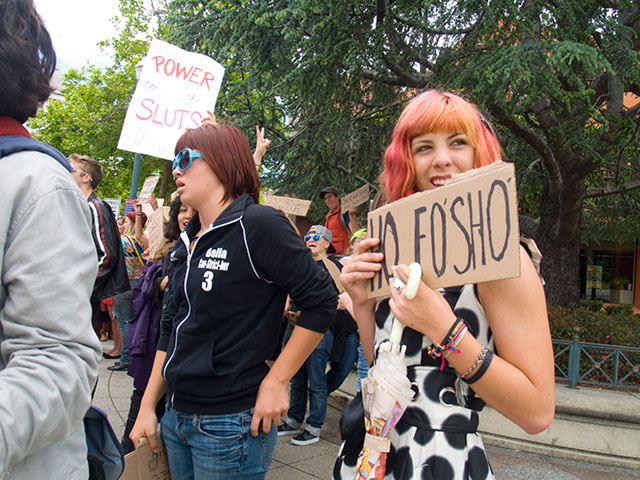 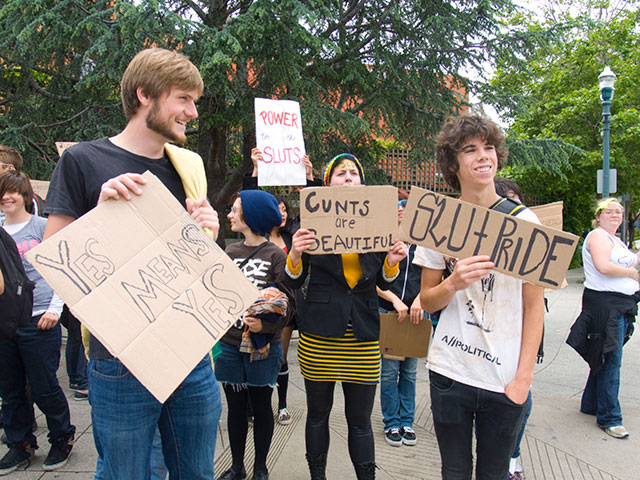 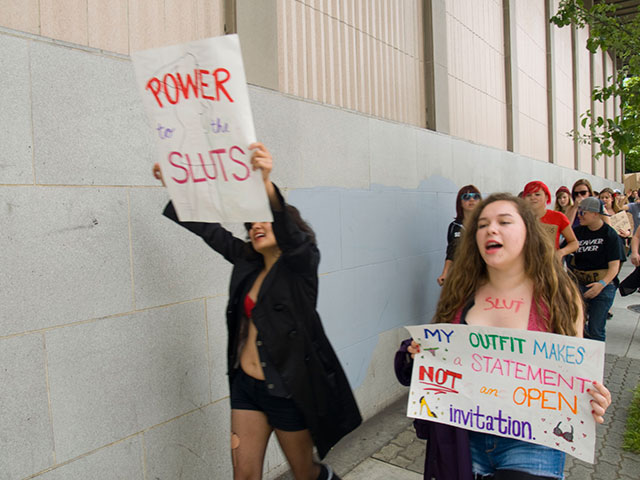 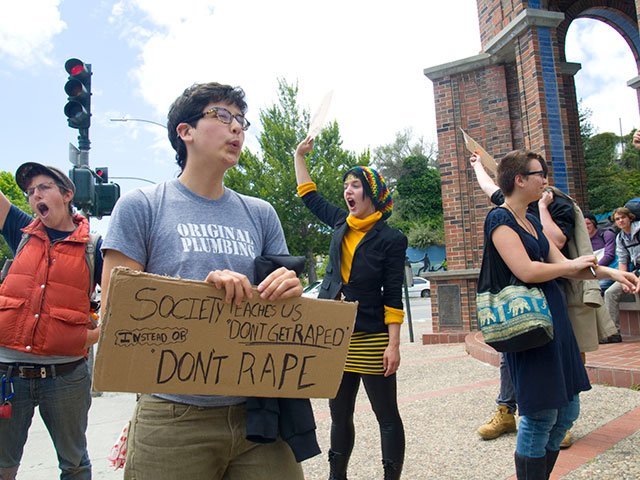 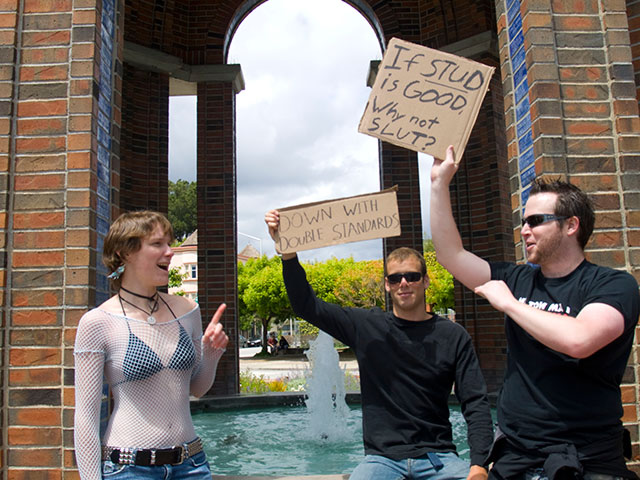 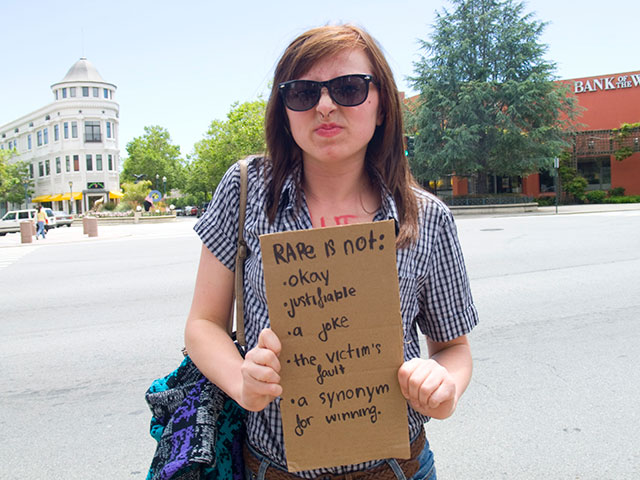