Add an Event
Newswire
Calendar
Features
Home
Donate
From the Open-Publishing Calendar
From the Open-Publishing Newswire
Indybay Feature
Publish to Newswire
Add an Event
Related Categories: Santa Cruz Indymedia | Government & Elections | Health, Housing & Public Services | Police State & Prisons
Day 31 at Santa Cruz Peace Camp 2010
by ~Bradley (bradley [at] riseup.net)
Wednesday Aug 4th, 2010 3:44 PM
August 3rd was the 31st day of Santa Cruz Peace Camp 2010, a protest at the county courthouse against the City of Santa Cruz municipal code known as the Sleeping Ban. The Peace Camp began on July 4th as a 8pm - 8am refuge for people in Santa Cruz who do not have a legal or safe place to sleep between the hours of 11pm to 8:30am. It quickly transformed into a full-time demonstration for all to see. 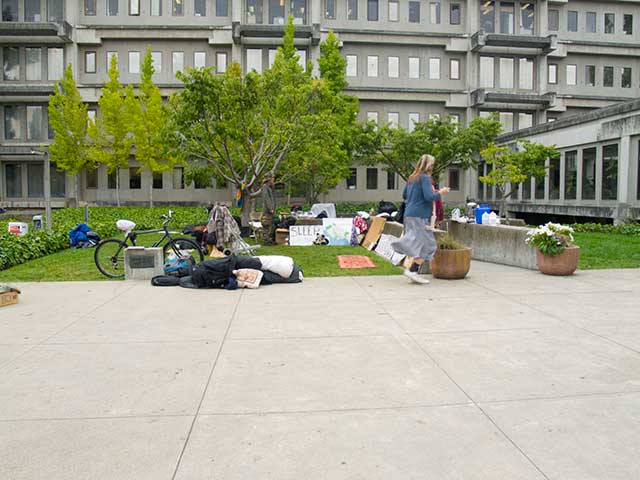 Santa Cruz Peace Camp 2010 is reminiscent of the 2007 protest against the Sleeping Ban which began on August 12th at City Hall and lasted about a week. The Santa Cruz police department raided the demonstration at City Hall at 3am on August 18th. As in the case with Santa Cruz Peace Camp 2010, the 2007 protest was a public visualization of the lack of a place for people to legally sleep.
http://bradleystuart.net
§Attorney Edward Frey
by ~Bradley Wednesday Aug 4th, 2010 3:44 PM 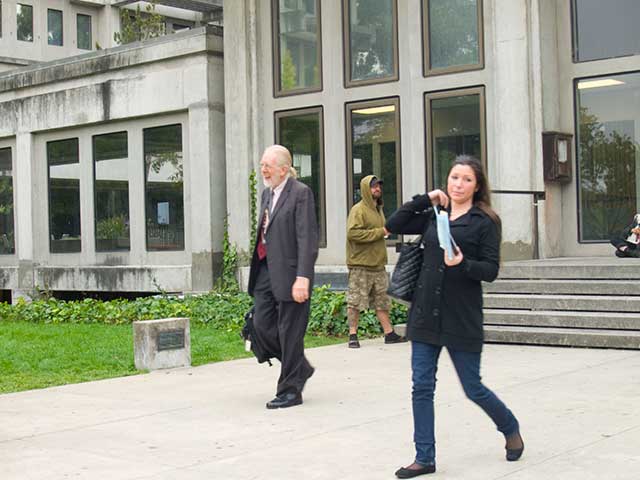 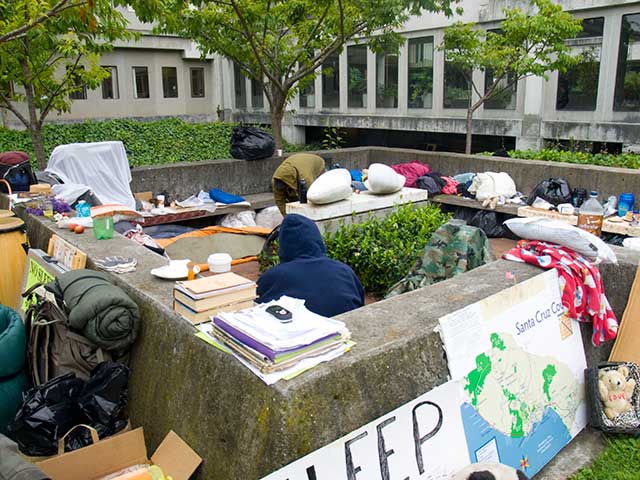 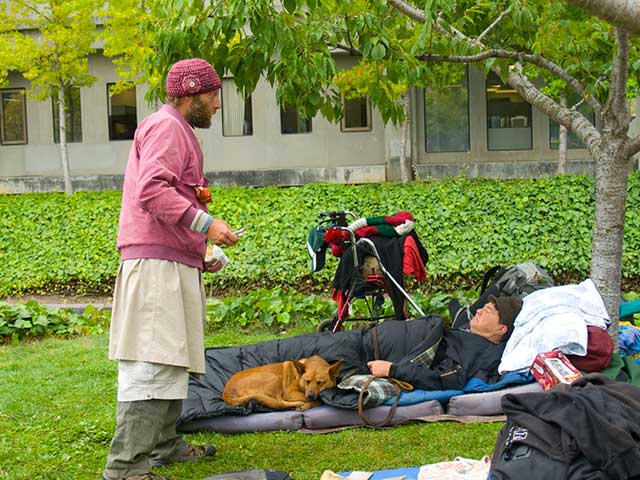 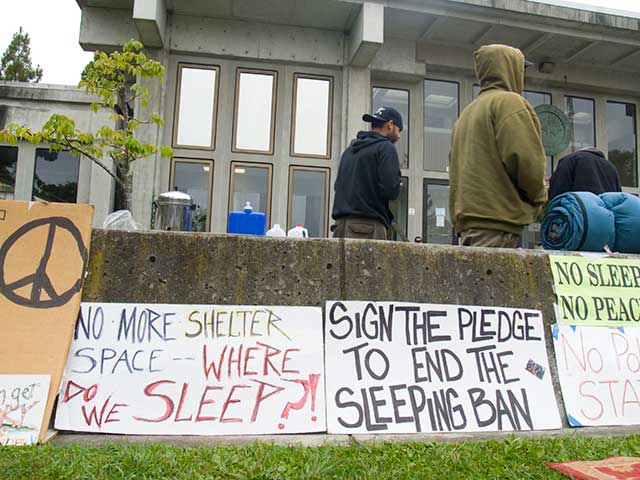 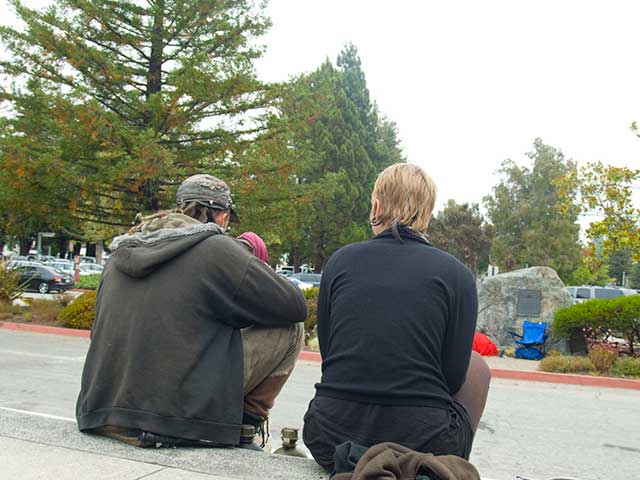 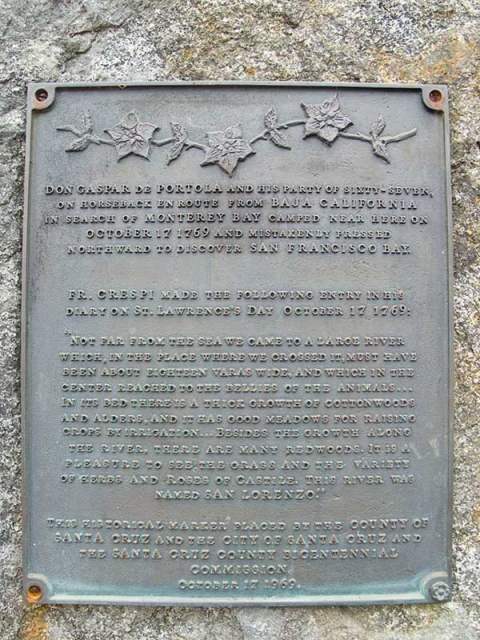 original image (600x800)
This plaque is on the large rock seen in the background of the photo above. You can click on the photo for a larger version to read.
http://bradleystuart.net
§Modern Art
by ~Bradley Wednesday Aug 4th, 2010 3:44 PM 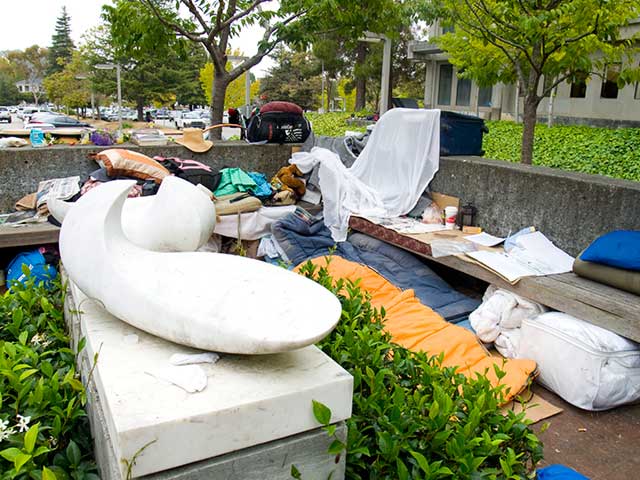 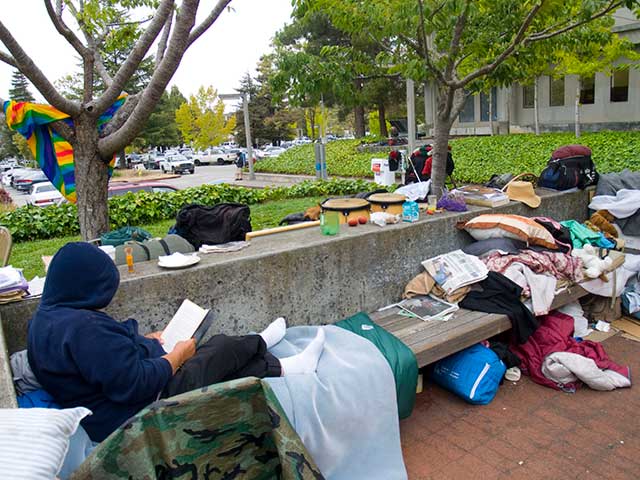 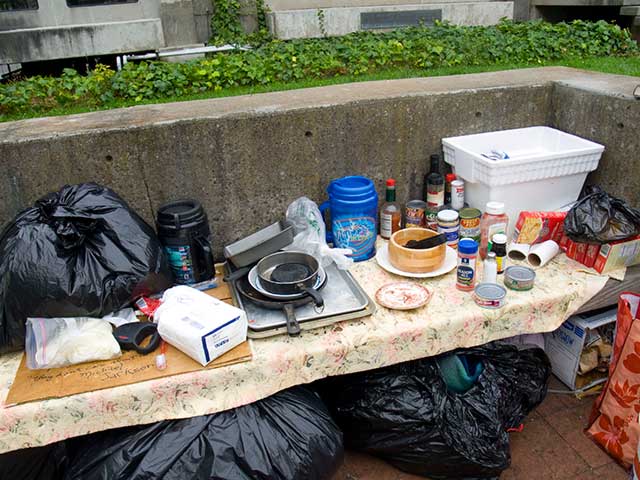 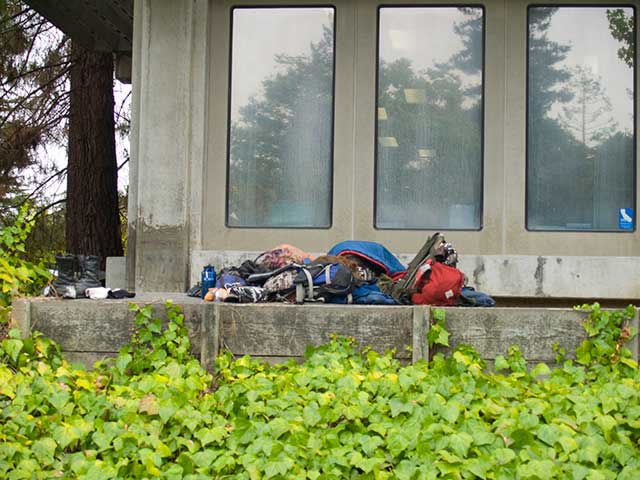 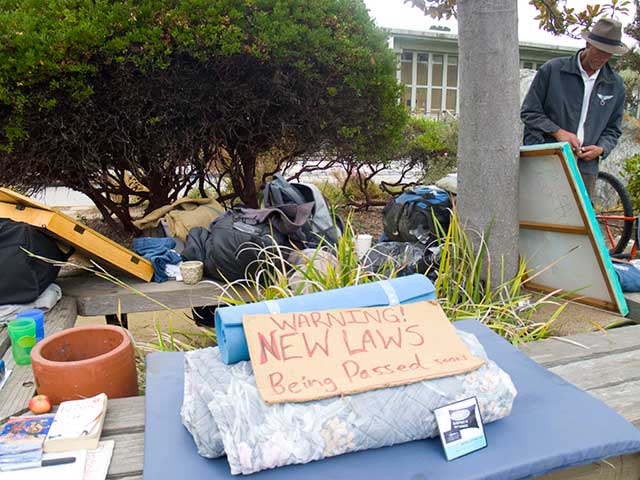 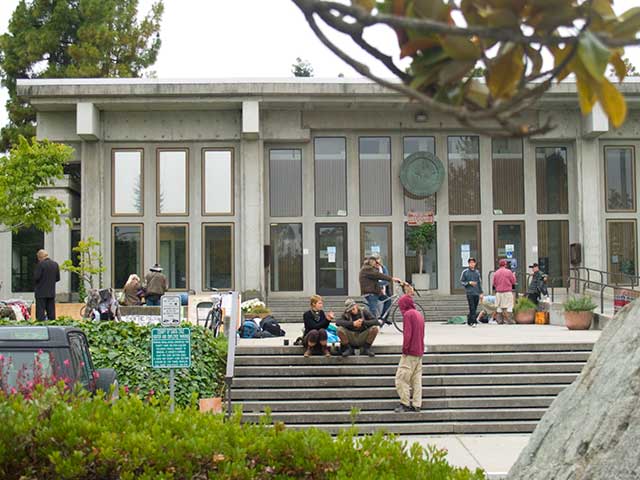 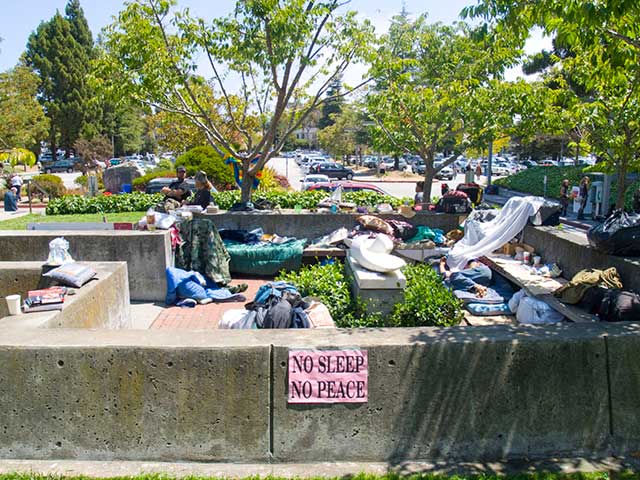 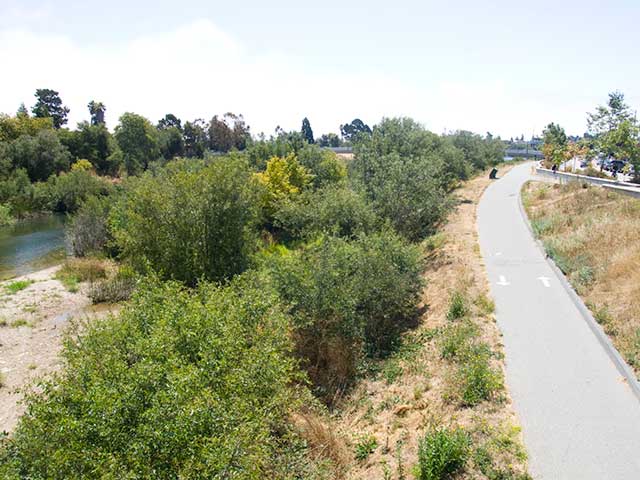 A common and risky spot where people sleep.
http://bradleystuart.net
Add Your Comments
Support Independent Media
We are 100% volunteer and depend on your participation to sustain our efforts!