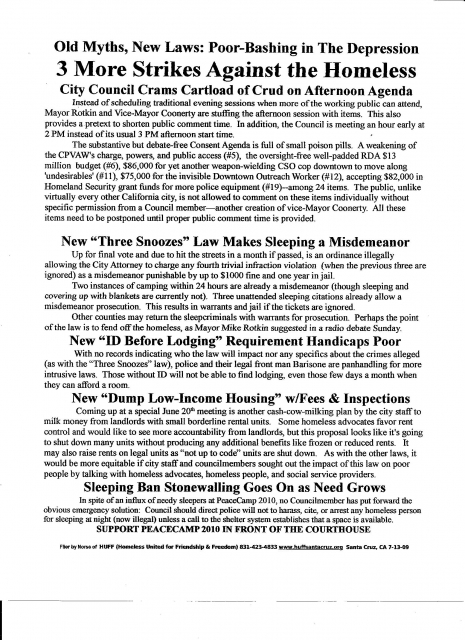 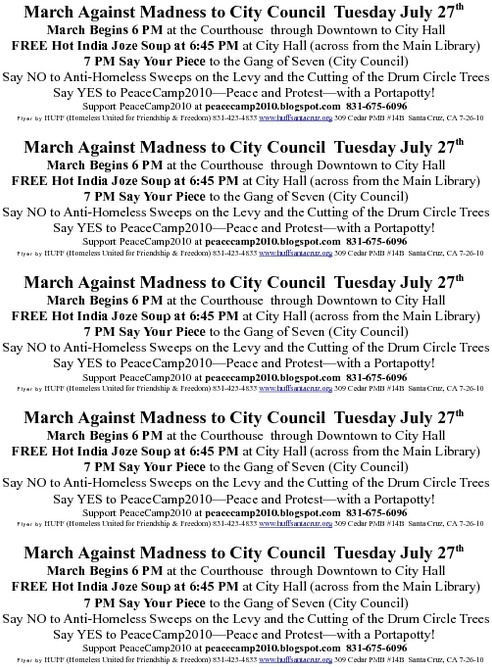 Download PDF (63.5KB)
March Against Madness to City Council Tuesday July 27th
March Begins 6 PM at the Courthouse through Downtown to City Hall
FREE Hot India Joze Soup at 6:45 PM at City Hall (across from the Main Library)
7 PM Say Your Piece to the Gang of Seven (City Council)
Say NO to Anti-Homeless Sweeps on the Levy and the Cutting of the Drum Circle Trees
Say YES to PeaceCamp2010—Peace and Protest—with a Portapotty!
Support PeaceCamp2010 at peacecamp2010.blogspot.com 831-675-6096
§March Against Madness to City Council
by HUFF (rnorse3 [at] hotmail.com) Tuesday Jul 27th, 2010 8:59 AM 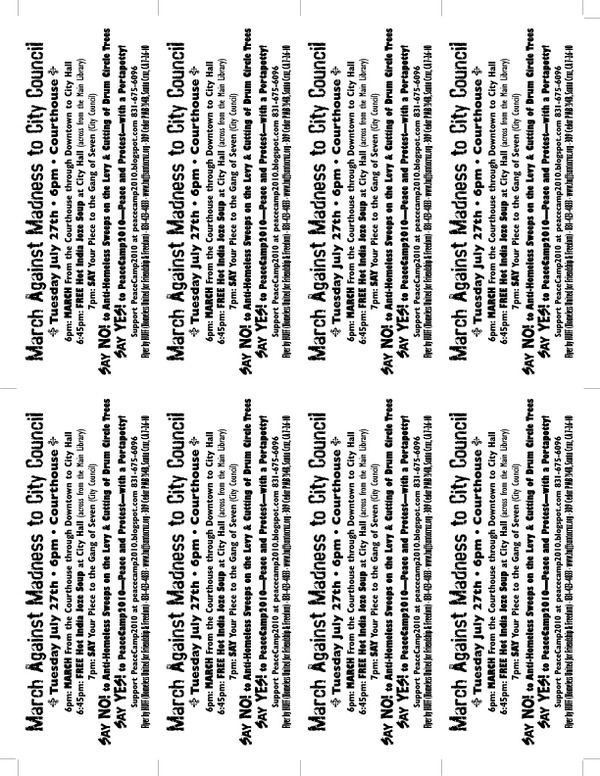 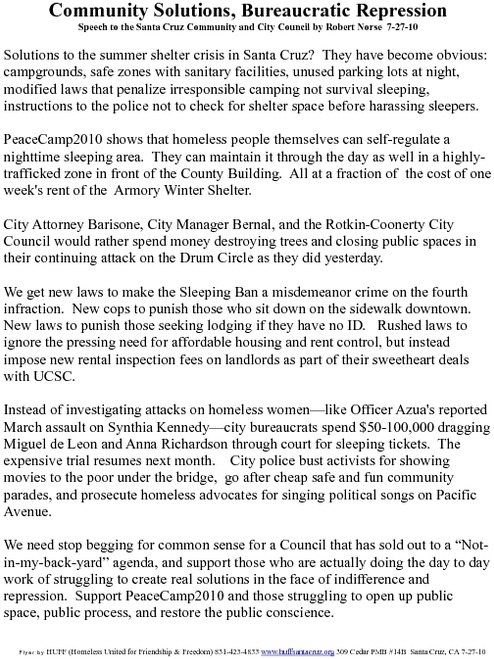 Download PDF (64.1KB)
On Tuesday night, Mayor Mike Rotkin ended Oral Communications, leaving two speakers without time to present their thoughts--Robert Norse and Chris Doyon, both speaking on the issue of PeaceCamp2010 and the Sleeping Ban. Norse distributed his speech to the audience and the Council in hard copy. KSBW did a report on the march ("Fighting for the Right to Sleep in Santa Cruz") at http://www.indybay.org/newsitems/2010/07/26/18654725.php . The Sentinel's story ("Homeless campers plead with Santa Cruz city leaders to change sleeping law") can be found at http://www.santacruzsentinel.com/localnews/ci_15619520.
§Santa Cruz Peace Camp 2010
by ~Bradley (bradley [at] riseup.net) Friday Jul 30th, 2010 2:09 AM 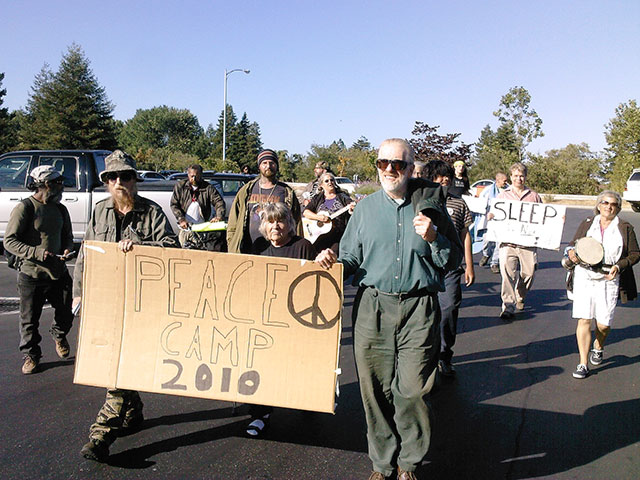 July 27, 2010
http://bradleystuart.net
Add Your Comments
LATEST COMMENTS ABOUT THIS ARTICLE
Listed below are the latest comments about this post.
These comments are submitted anonymously by website visitors.