While I was finishing lunch in a nearby restaurant, I heard the owner speaking with one of her employees about the expansion of the market, and she was not happy about it. She said that the increased amount of goods and services now being offered each Wednesday at the Farmers' Market will have a negative impact on her restaurant and other downtown businesses. The feelings expressed by this longtime owner of a downtown restaurant do not correspond with an announcement from the Farmers' Market which states, "The plans for the new Downtown Market have engendered excitement and full support from downtown businesses located adjacent to the market."

The Farmers' Market was also strangely quiet compared to previous weeks. Notably absent was the weekly drum circle and the crowd it attracts. And a vendor was selling artisan bread where for years, Food Not Bombs had been distributing free meals to anyone. 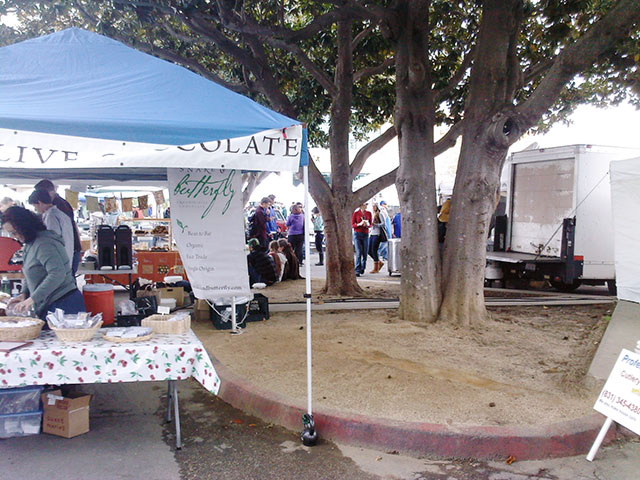 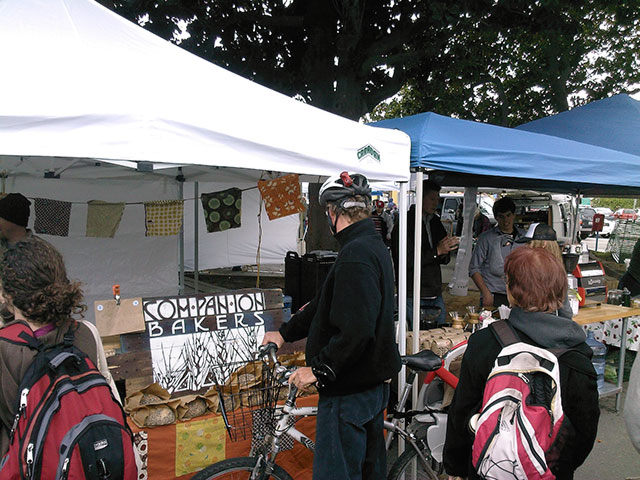 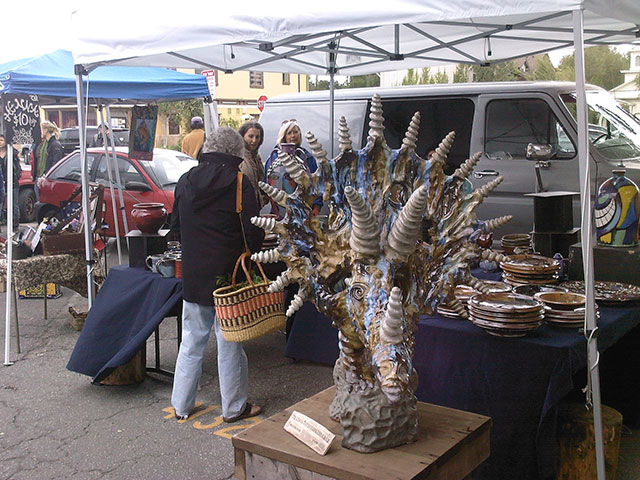