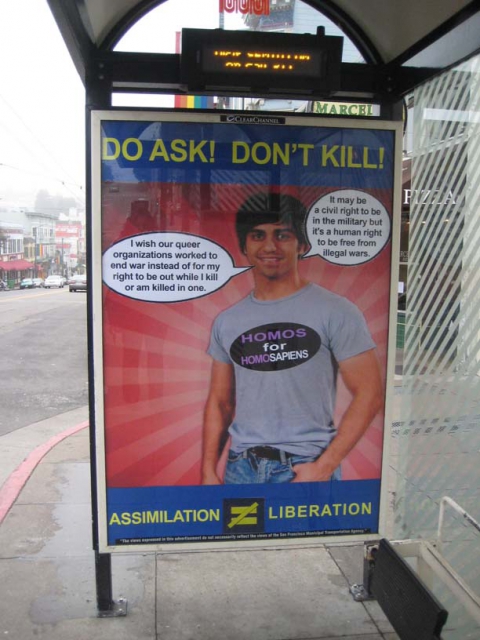 original image (612x816)
Why should queer people be demanding acceptance in the U.S. military? Why would we want to participate in an institution whose role is to perpetuate every form of injustice and environmental destruction worldwide?

Of course, LGBT people should not be discriminated against in any institution. Discrimination in employment is wrong. But so is murder, and so is wanting to be in the dominant institution of heteropatriarchy.

Even the left media doesn't represent this perspective, which is probably the majority position in the queer community, so we're taking it to the streets.
§Detail 1
by truthforce Friday Feb 19th, 2010 6:39 PM 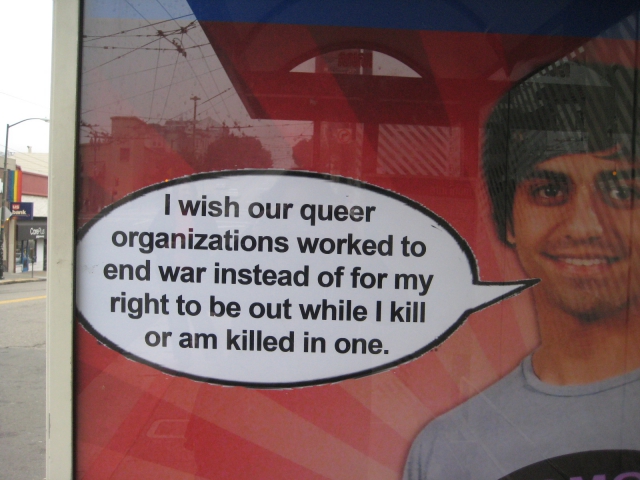 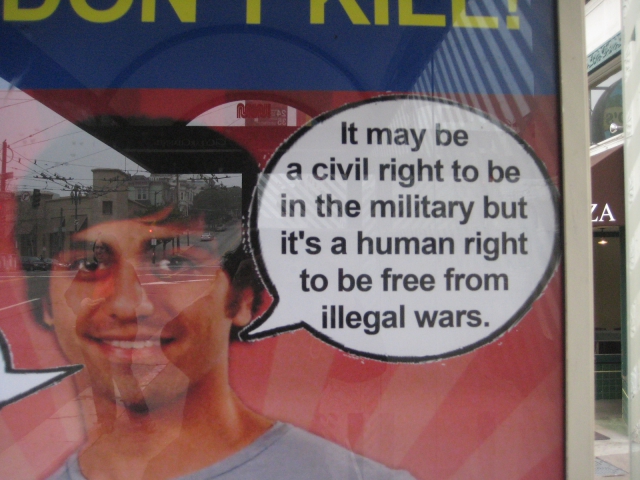 original image (1600x1200)
It may be a civil right to be in the military but it's a human right to be free from illegal wars.
Add Your Comments
LATEST COMMENTS ABOUT THIS ARTICLE
Listed below are the latest comments about this post.
These comments are submitted anonymously by website visitors.