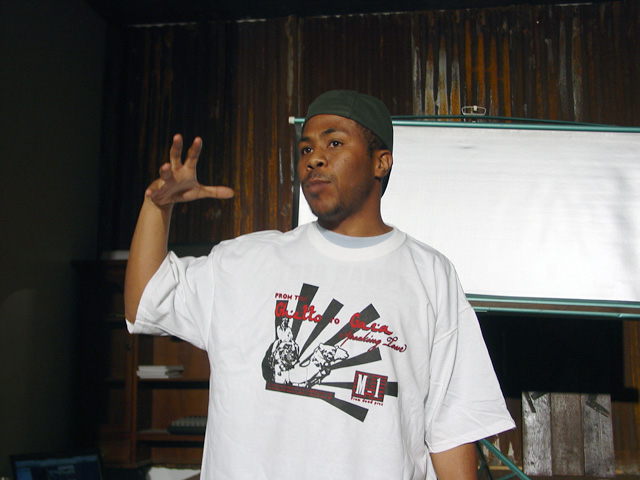 Duane Adee Deterville of the Black Dot Cafe opens the benefit by discussing the rich history of West Oakland and efforts to retain the cultural vitality of the neighborhood.

Jack Bryson discusses his experience at <a href="/newsitems/2010/01/05/18634422.php">Mehserle's first Los Angeles hearing on January 8th, 2010, including meeting family members of those murdered by LA police. He also tells about how Mehserle physically assaulted his son and Oscar Grant on January 1st, 2009, as well as BART officers threatening Oscar Grant and his friends -- "If you don't shut up, we're going to shoot you" -- and that BART police followed through with the threat in the end. How can it be an accident if there was a threat made before Oscar Grant was shot, Jack asks.

Erika Walker talks about the logistics and expenses of traveling to Los Angeles to attend court hearings, and the need for donations to make it happen.

Holly Works takes questions. She describes the circumstances surrounding her bogus arrest for supposedly assaulting an Oakland police officer, how the police violently attacked her and her friends, and she explains what it is like to have a serious felony charge and the related expenses hanging over her for the last year. Police have a video of the incident shot from a squad car that thus far they have refused to release.

"People's advocate" Cynthia McKinney tells how she has traveled all over the world, from Capetown to France to New York, showing the "Operation Small Axe" short film about the stories of Oscar Grant, Lovelle Mixon, and the racist police state in Oakland. She says she is shocked and stunned that Mayor Ron Dellums is not more responsive to the people of Oakland. She talks about how wrong it is that our money goes to the military industrial complex, Wall Street bankers, and health insurance companies. She calls Mehserle a coward for being willing to pull the trigger of his gun in Oakland but being afraid to face the people of Oakland in a trial.

Director Adimu Madyun of 393 films speaks about creating "Operation Small Axe" and expresses his appreciation for Cynthia McKinney for showing the film to audiences all over. He talks about wanting to tell the stories of the community that don't get heard and how he and JR started to make the film before the Oscar Grant and Lovelle Mixon incidents happened.

Minister Keith Muhammad speaks to the difficult time we face, appreciating the independent coverage of Indybay and the importance of unity organizing in the face of provocateurs out to disrupt the movement. He talks about the arrest of Mehserle being a result of the firm public pressure put on the Alameda District Attorney.

Jack Bryson recounts the scene on the BART platform after Oscar Grant was shot, his son Jackie being the last one to speak with Oscar Grant. While he was telling Oscar not to close his eyes and listening to Oscar's last words ("Man, he shot me. He shot me. I got a daughter and you shot me."), he and his friends were arguing with BART police to call for emergency medical help but they were told, "Shut the fuck up. We're not calling nobody." Before police shot Oscar Grant, they called him a "bitch ass nigger," and after they shot him they dragged him around the platform.

Marcel Diallo of the Black Dot Cafe closes the benefit by speaking about the battles in West Oakland against the police, politicians, private citizens, and media who are working to gentrify the area.

Audio is complete except for screening of 15-minute version of "Operation Small Axe" and benefit auction which were cut out. Edited sections indicated by brief beep sound.
http://indybay.org/oscargrant
§Duane Adee Deterville
by dave id Thursday Feb 18th, 2010 8:55 AM 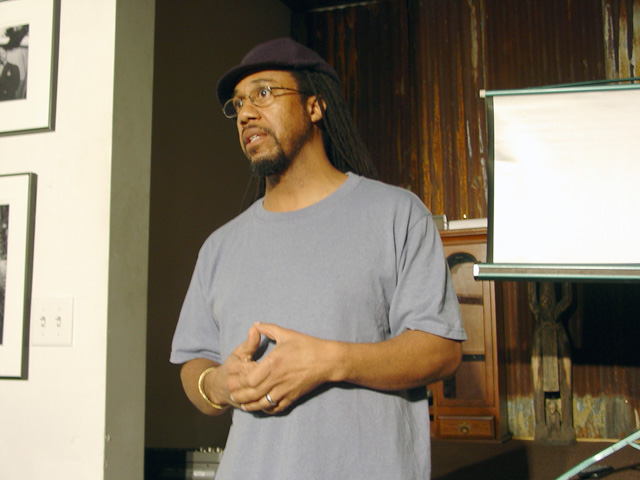 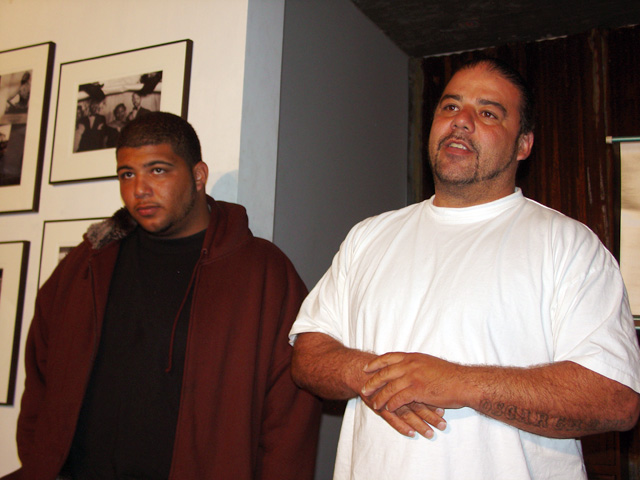 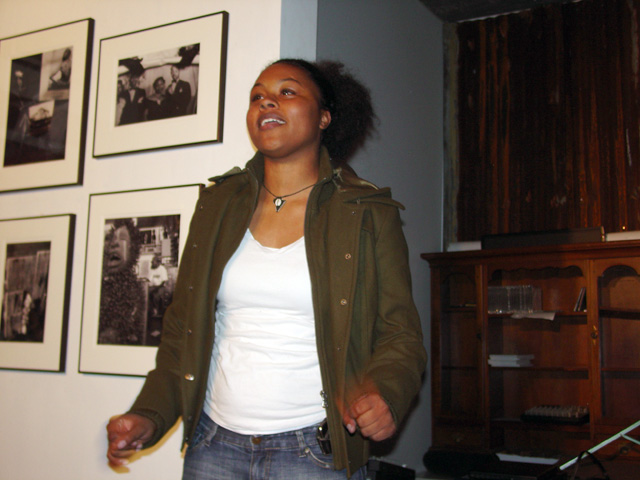 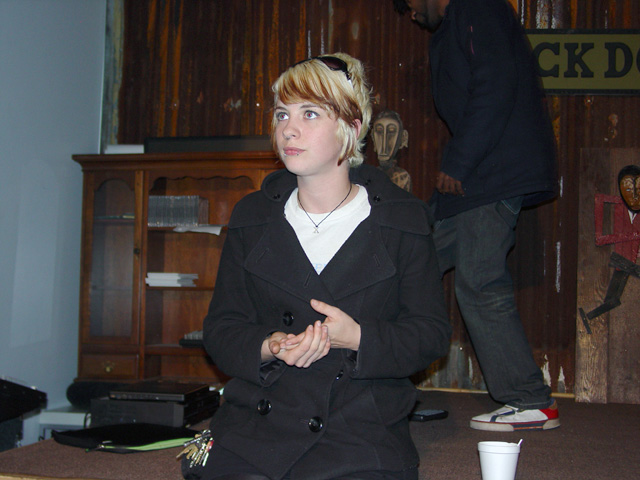 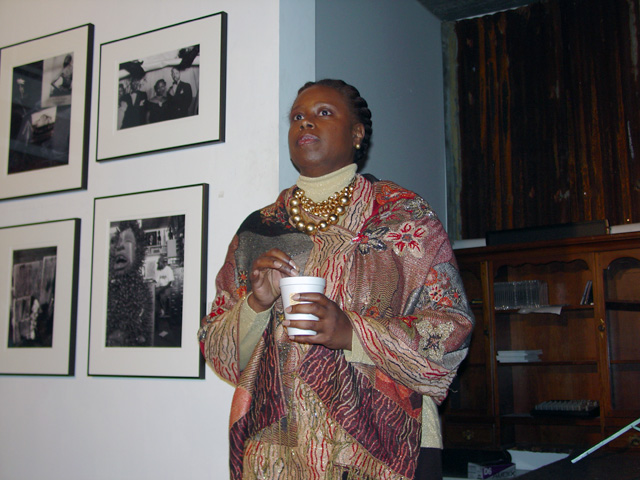 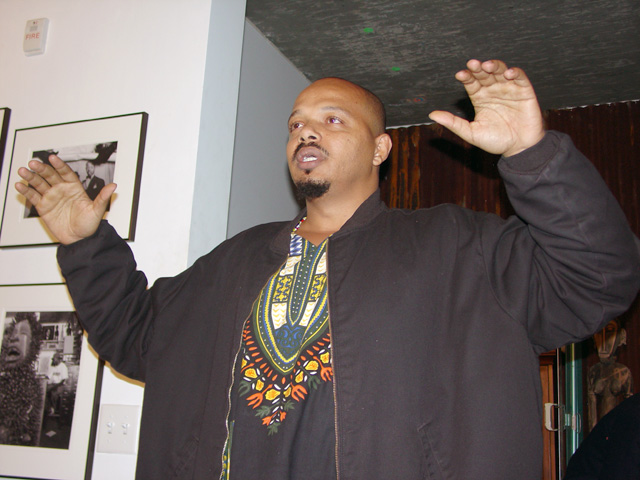 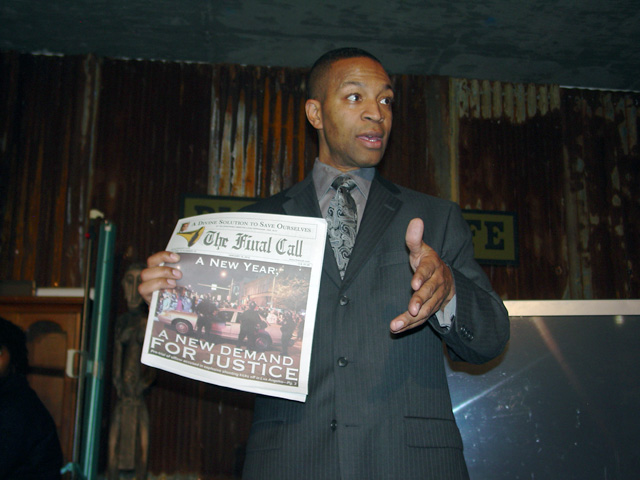 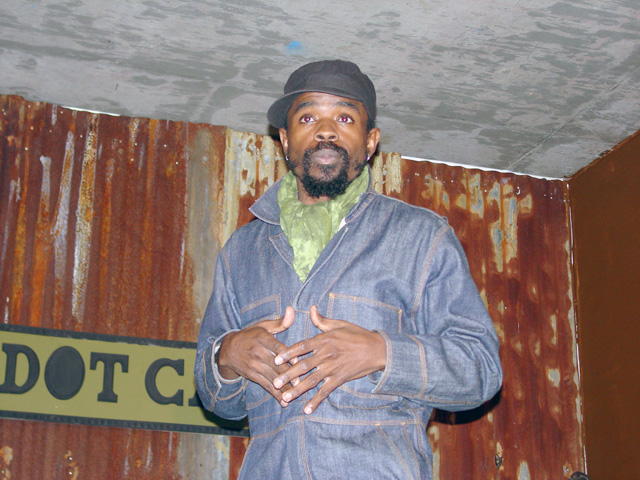