Add an Event
Newswire
Calendar
Features
Home
Donate
From the Open-Publishing Calendar
From the Open-Publishing Newswire
Indybay Feature
Publish to Newswire
Add an Event
Related Categories: Central Valley | Drug War | Government & Elections | Health, Housing & Public Services | Police State & Prisons
Medical Marijuana Dispensaries Shut Down in Fresno
by Mike Rhodes (editor [at] fresnoalliance.com)
Tuesday Feb 9th, 2010 5:00 PM
The last medical marijuana dispensary in the City of Fresno was closed today. Below is a 3 minute audio report about what happened.
Listen now:
Copy the code below to embed this audio into a web page:
Download Audio (3.0MB) | Embed Audio
This morning, police arrested Rick Morse, the owner of Med Mar, the last medical marijuana dispensary in the City of Fresno. Morse was arrested for violating a court order, which closed about one dozen dispensaries in January.

Morse’s son Brandon spoke to the media about his fathers arrest. He said “This morning my father was illegally arrested by the City of Fresno. They executed an unconstitutionally void warrant for his arrest. Today, my father peacefully went with the authorities and as of 12 Noon he has started a fast for justice. I have joined him in this fast and we are asking people from across the city to prey for him.”

I spoke with several medical marijuana patients outside Med Mar who spoke about the arrest. The first person preferred to remain anonymous. He said “as soon as they close that it affects everyone that needs medical cannabis. It’s not just me, you’ve got thousands of people in Fresno now. Who are they hurting? Their hurting people that have legitimate medical reasons for this. They are saying there agenda is more important than a medical agenda? We are not breaking any laws. They are
the ones that are breaking the law. They shouldn’t be arresting him.”

Brandon Morse, speaking for his father who is in the Fresno County Jail on a no bail misdemeanor, said that they have closed Med Mar for the day. He said medical marijuana patients in Fresno now have few options. “For the patients that are non ambulatory and don’t have the means to travel, their options are very limited. Most of them have been forced to the black market as opposed to a non profit where they can obtain their medication,” Morse said. 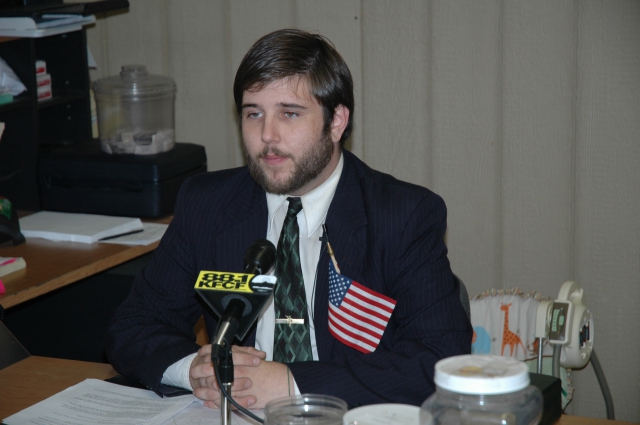 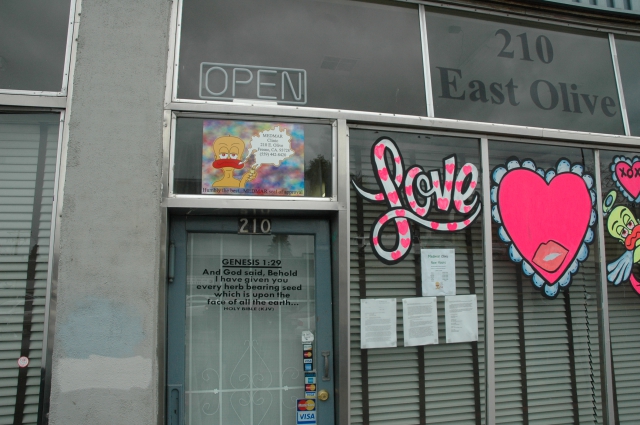 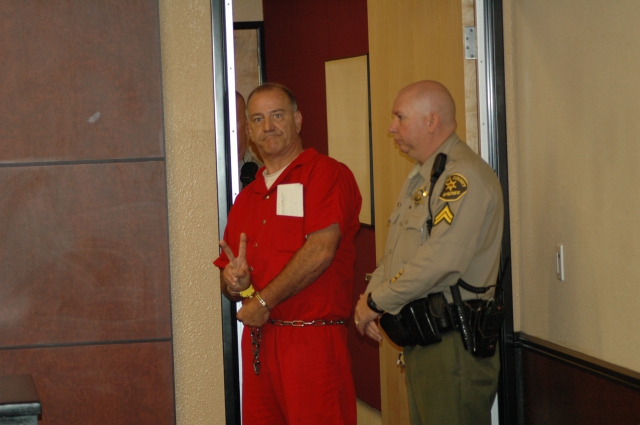 original image (3008x2000)
Rick Morse, the owner of the Med Mar medical marijuana dispensary in Fresno, was arraigned in Fresno County Superior Court today (Wednesday, February 10). Judge Donald Franson set bail at $5,000, and Morse was released from jail at about 5 p.m.. Both Morse and his son Brandon are on a fast that they say will end when justice is served.

Brandon Morse said “I’m going to continue the fast until justice is resumed. The fact that the judge has allowed me to post bail is a good first step.”

Rick Morse was arrested yesterday for contempt of court charges when he refused to close Med Mar, the last remaining medical marijuana dispensary in Fresno. Judge Franson warned Morse that if he did not keep his store closed, he faces 5 days in jail and a $1,000 fine for every day the business is open.

The case will resume in Fresno Superior Court on February 17 at 8:30 a.m. in judge Franson’s courtroom.
Add Your Comments
Support Independent Media
We are 100% volunteer and depend on your participation to sustain our efforts!