Add an Event
Newswire
Calendar
Features
Home
Donate
From the Open-Publishing Calendar
From the Open-Publishing Newswire
Indybay Feature
Publish to Newswire
Add an Event
Related Categories: Santa Cruz Indymedia | Arts + Action | Education & Student Activism
Dancing for a Future at the Bay Tree Occupation, UC Santa Cruz
by ~Bradley (bradley [at] riseup.net)
Thursday Oct 1st, 2009 3:37 PM
A dance party thumped on the night of September 30th at the occupied Graduate Student Commons and Bay Tree Plaza at UC Santa Cruz. The party brought out hundreds of undergraduates, many of them still frosh in their second week of college, as well as graduate students, alumni, dropouts, faculty and other distinguished community members. Many people described the space and experience as liberating. People of color, anarchists, communists, fraternity guys, sorority gals and jocks were all mixed into the diverse crowd of protesting dancers.

Without a doubt, they danced to enjoy the present moment, but of greater importance, they were dancing together for a future. A future of liberation and mutual aid, rather than the systems and structures of exploitation rigorously ingrained in them through corrupt institutions. 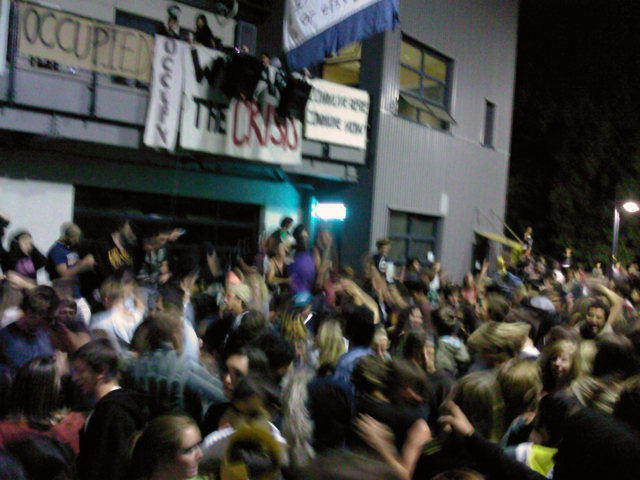 Some people critiqued the occupation of the Graduate Student Commons (GSC) because there were two dance parties, however occupiers counter that the parties were very politicized spaces. They also conclude that dance parties expanded the occupation from the GSC and into the rest of the plaza. This politicized space, rather than just a party, is what kept the UC Police Department from trying to physically intervene and stop it.

Below the lights in the Bay Tree Plaza, people danced, listened and shouted to a mix of electronic music, students giving speeches, and classic hits that span generations, such as Fight For Your Right (to Party) by the Beastie Boys and a techno remix of Rage Against The Machine's Killing in the Name. Through bullhorns, students vowed to continue and escalate the resistance to the privatization of their future.

They urged people to return at noon the next day, Thursday, October 1st, to raise hell over the high price of textbooks, on top of rising tuition costs and shrinking course availability. However, after the dance party winded down, the students ended the occupation of the Graduate Student Commons. At noon on October 1st, the manifestation against textbook prices did not materialize. Instead of seeing banners and students occupying the GSC and demonstrating against privatization and the high price of textbooks, there were groups of UCSC administrators and police officers standing guard at the Bay Tree Bookstore, Express Store and Graduate Student Commons.

Although there was not a loud demonstration in the plaza on Thursday, there was a quieter one. A sort of silent standoff between members of UCSC's 'Emergency Response Team', including Alma Sifuentes of Student Affairs, and groups of students plotting out their next moves.
§
by ~Bradley Thursday Oct 1st, 2009 3:37 PM 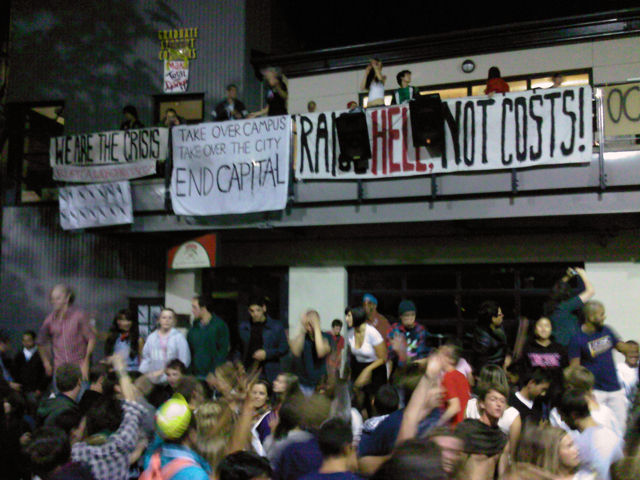 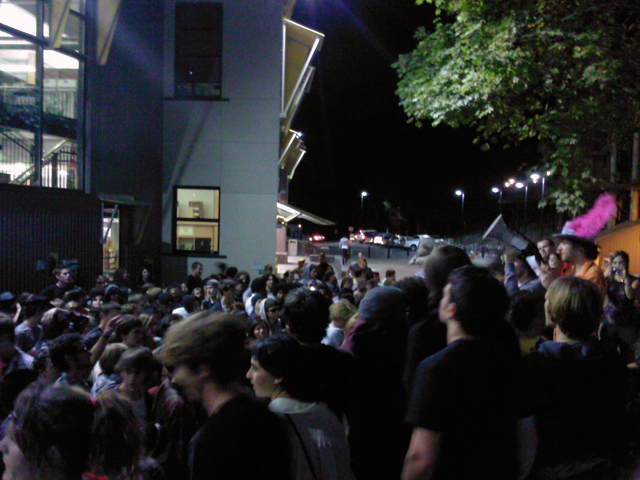 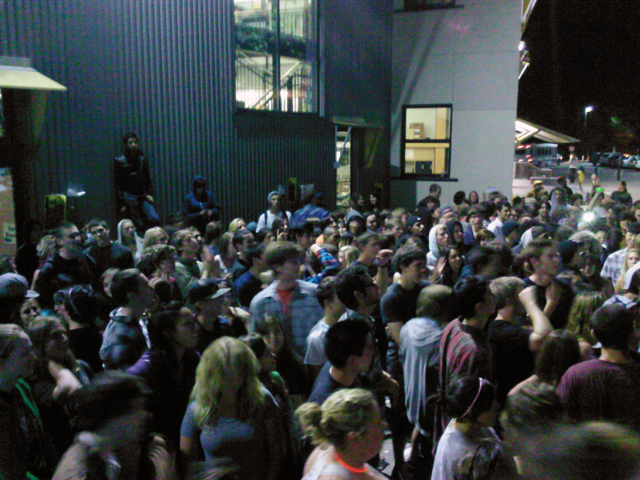 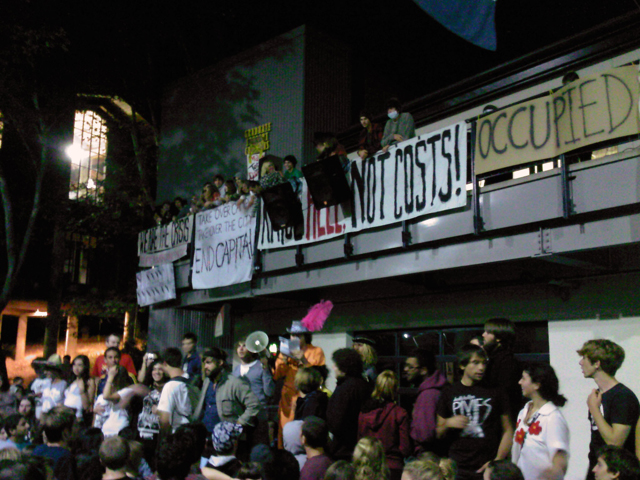 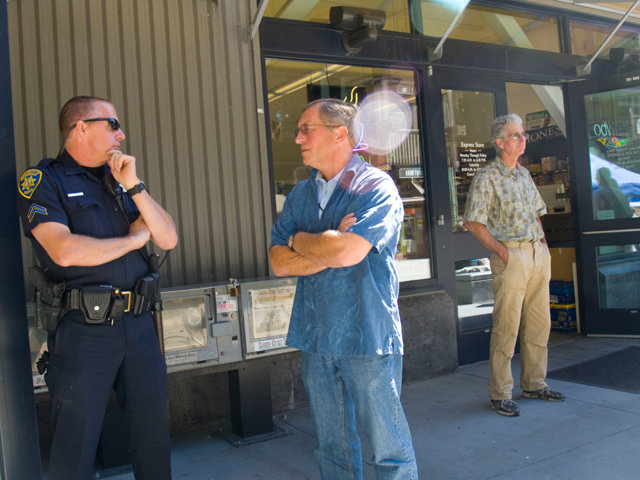 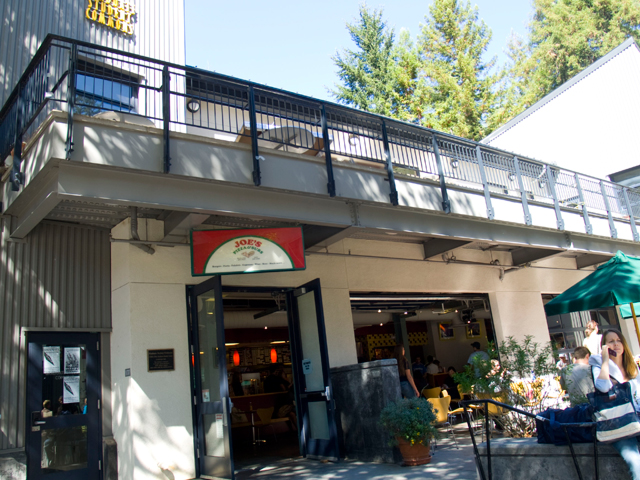 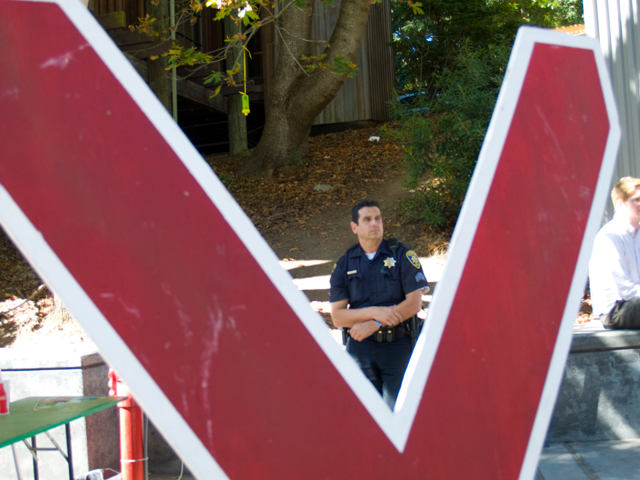 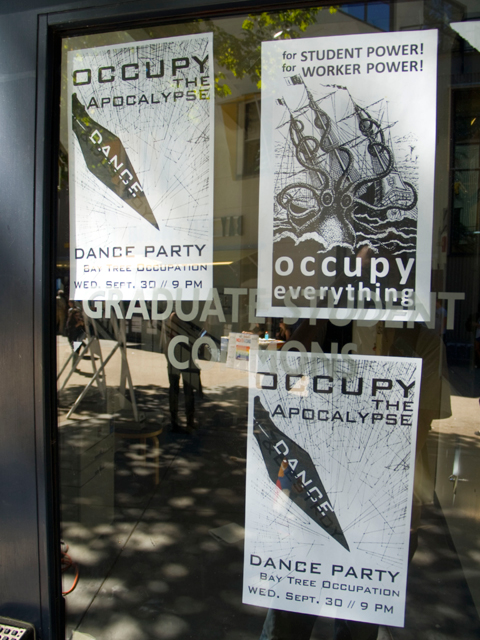 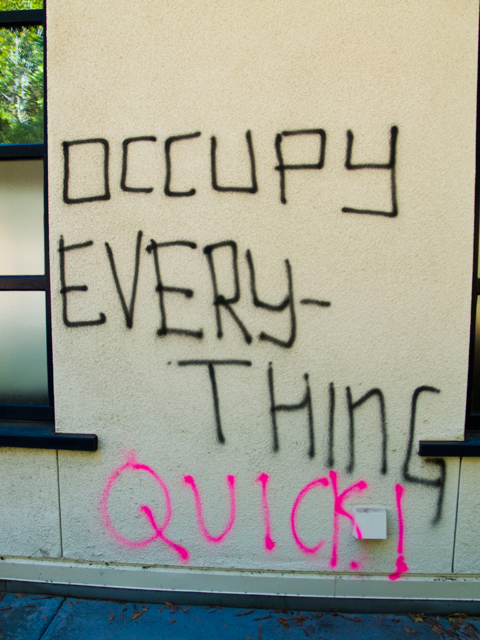 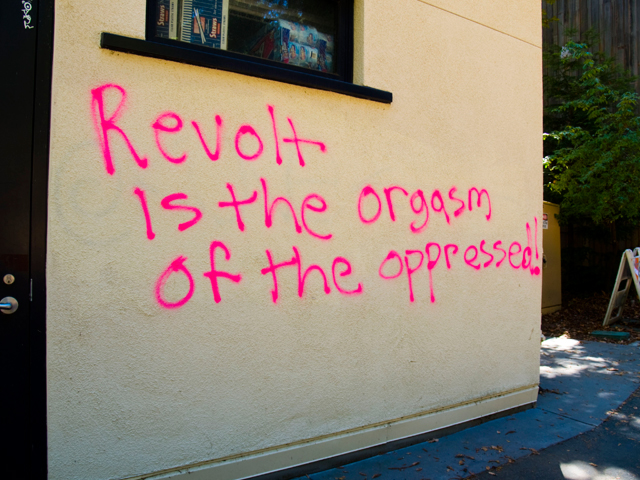 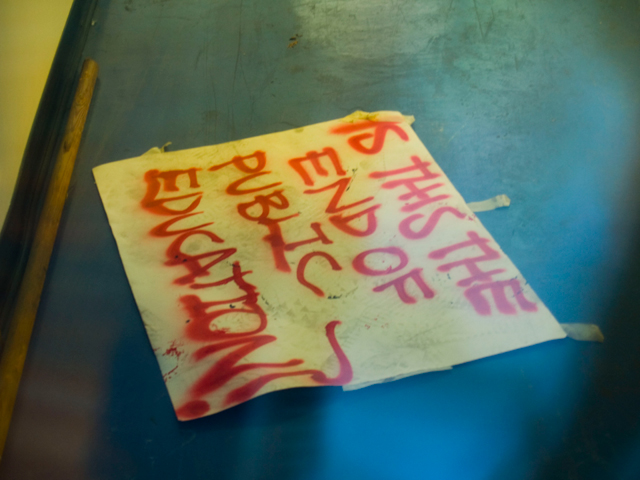