Reports from around California (and the world) - The UC Walkout

by josh
On Thursday, September 24, 2009, protests shook all 10 campuses of the University of California. Prompted by a walk-out letter signed by over 1,200 faculty, and a strike by 12,000 union researchers, students and labor allies organized a massive day of action to re-prioritize the budget of the UC system and push back against privatization. UC Berkeley, in particular, saw thousands attend rallies and marches reminiscent of previous generations, while activists at 3 other UCs occupied campus buildings (one of which is still ongoing). Politicians all over the state were forced to respond, with UC admins blaming state legislators and vis-versa. Schwarzenegger dismissed the protesters as a "screaming special interest group," while Gavin Newsom insinuated his support of the walkout, injecting the UC crisis into the 2010 Governor's race. Seeing how this was the very first day of class for most UCs, it looks to be a very long school year.. especially if you're on the wrong side of the bullhorn.

Here's a collection up of some of the reports from today. There's many more - please feel free to comment. 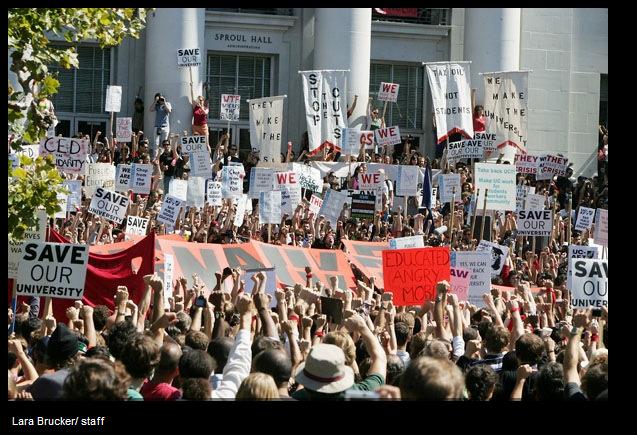 UC MERCED
A small rally, but notable since Merced is the newest and smallest UC!
http://www.ksee24.com/news/local/61292127.html

TAIWAN
UC Education abroad students assembled and took a group picture.
http://tinyurl.com/yecgbxa
“The words we are holding up say, "Protect the UC, prevent fee increases" in traditional Chinese characters. We took the picture at the front gate of National Taiwan University, where we are all studying and have students from all the UC campuses except for San Francisco and Merced (we even have a student from CSU East Bay and a student from SF State).”

SF STATE:
~75 students held a rally against cuts, costs, and the elimination of hundreds of classes in the Cal State system, and in solidarity w/ UC.

SF City College:
Rally against budget cuts and in solidarity with other educational institutions.

QUOTES OF THE DAY:

“Walkout, Rally Hailed as Rebirth of UC Activism” (as if it ever died – Front Page story from the Berkeley Daily Planet)

“For most of UC, today was THE FIRST DAY OF CLASSES, so there was essentially no time to organize. That makes #UCwalkout even more amazing.” - @studentactivism

“Faculty, students and unions from the University of California's 10 campuses including its two most prestigious, UCLA and Berkeley, joined forces in what was the biggest student protest for more than a generation... The scale of the protests has come as a shock to state authorities.” - The Guardian (UK)

“being president of the University of California is like being manager of a cemetery” - UC President Mark Yudof. (The whole interview is shockingly appalling.) See: http://www.nytimes.com/2009/09/27/magazine/27fob-q4-t.html?_r=1
END_OF_DOCUMENT_TOKEN_TO_BE_REPLACED
§UC Berkeley
by josh 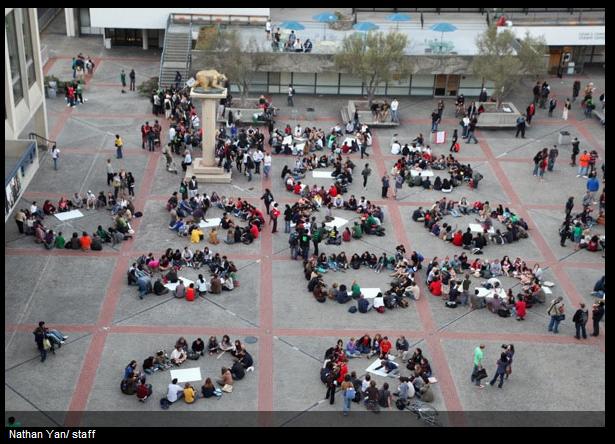 (This photo, and the one above from the Daily Californian - DailyCal.org)
END_OF_DOCUMENT_TOKEN_TO_BE_REPLACED
§UC Berkeley
by josh 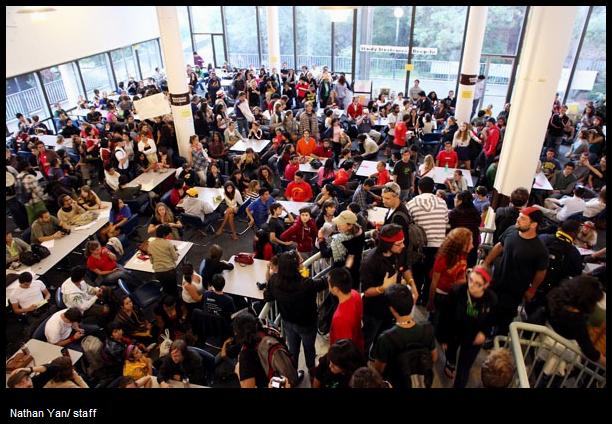 (Photo from the Daily Californian - DailyCal.org)
END_OF_DOCUMENT_TOKEN_TO_BE_REPLACED
§UCLA
by josh 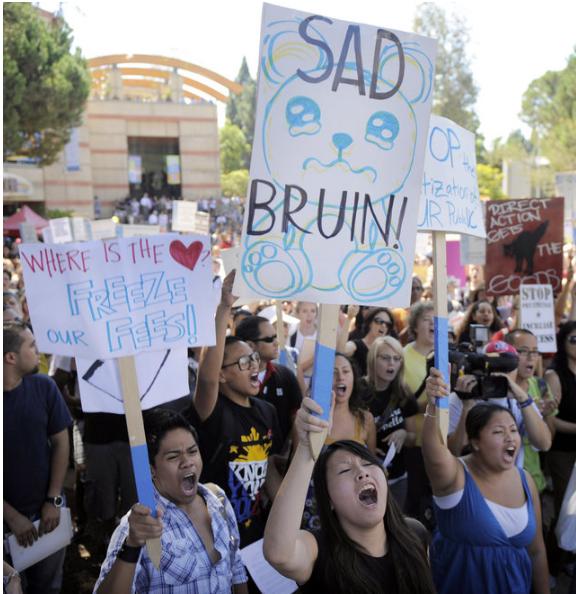 Photo from the Sacramento Bee.
END_OF_DOCUMENT_TOKEN_TO_BE_REPLACED
Add Your Comments
Latest Comments
Listed below are the latest comments about this post.
These comments are submitted anonymously by website visitors.
TITLE
AUTHOR
DATE
Univ. Maryland solidarity
Student Power Action Mob
Taiwan
photo
grad student
Catherine
Support Independent Media
We are 100% volunteer and depend on your participation to sustain our efforts!