by dave id
The first day of preliminary hearings in the trial of Johannes Mehserle for the murder of Oscar Grant III on January 1st, 2009 began on Monday, May 18th at the Alameda County court house. With the families of Oscar Grant and Mehserle having 14 reserved seats between them in the small court room of presiding Superior Court Judge C. Don Clay, and the corporate media getting five seats, only about 15 additional people were allowed inside. Amongst those waiting to potentially attend the preliminary hearing, an informal agreement was made for "family first" and so a few more family members of Oscar Grant were allowed to enter the court room from the small group in the waiting room. Outside, demonstrators began gathering before 8am in order to press for an effective prosecution of Johannes Mehserle and justice for Oscar Grant and other victims of police violence. 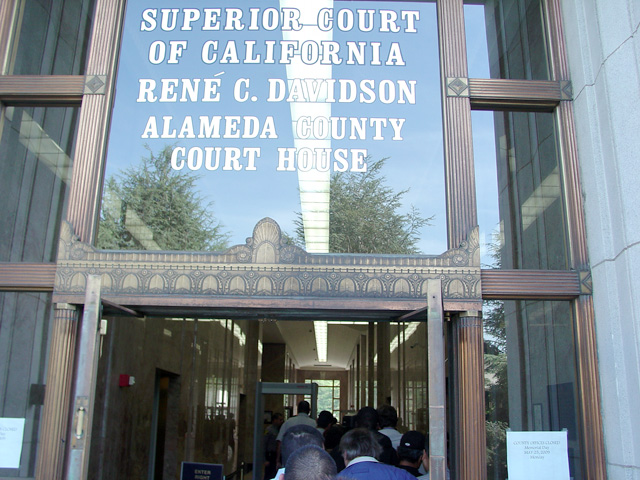 Shortly before 10am, most demonstrators dispersed with the intention of returning around 1pm when the day's hearing was over, in order to receive reports from family members and others in attendance inside the court house.

For details on some of the possible legal routes the preliminary hearing and trial might take, see the New Year's Movement for Justice's The People Vs. Mehserle Teach-In, 5/17/09. 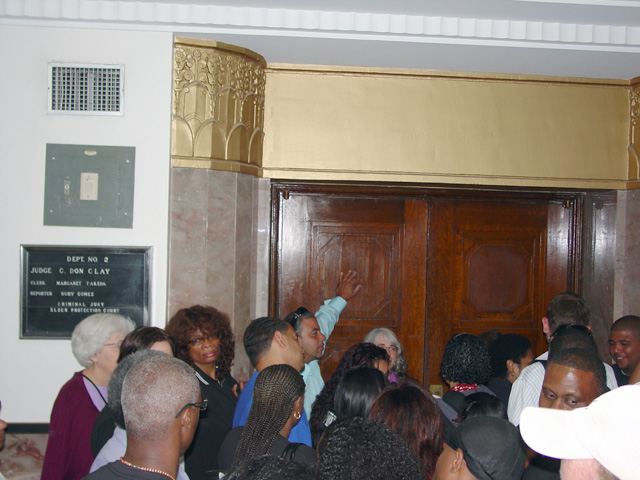 Only about the first 15 people closest to the doors here were allowed to attend.
§Demonstrators outside of the court house, police with riot gear
by dave id 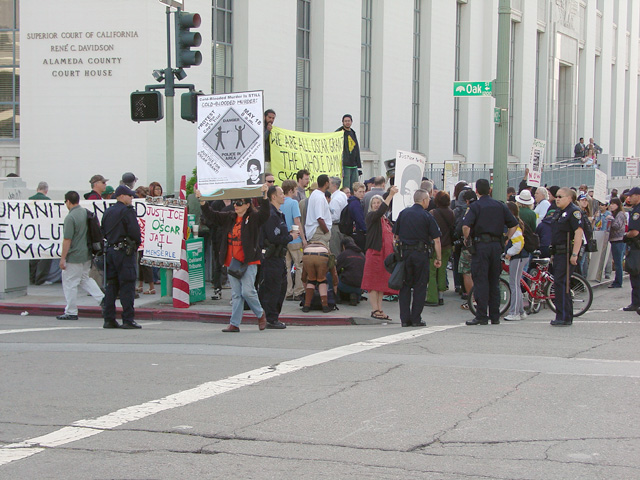 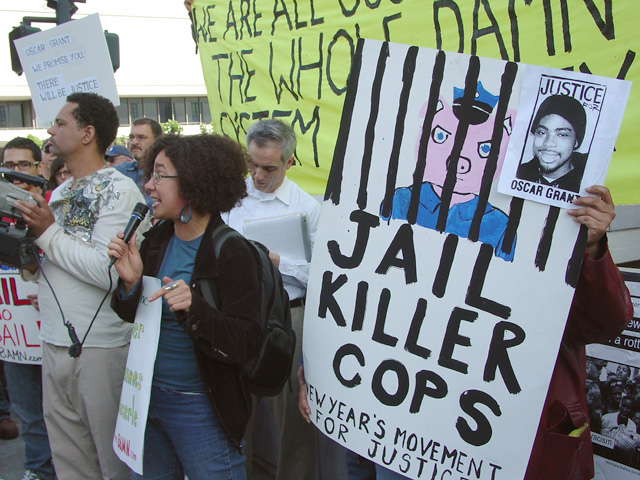 §Yusef, from the New Year's Movement for Justice
by dave id 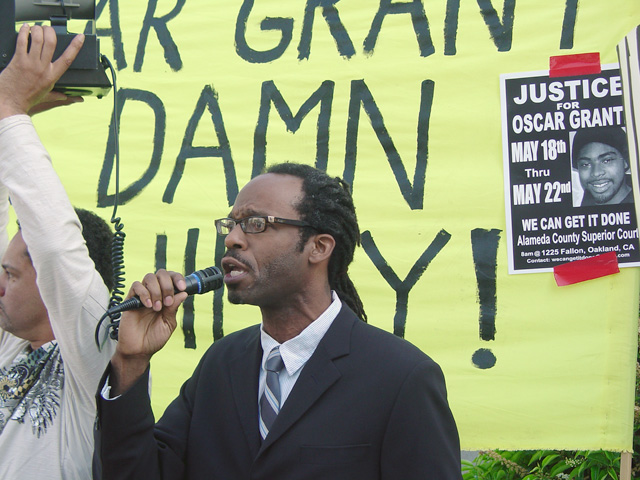 §Wanted: Tony Pirone, for the racist execution of Oscar Grant
by dave id 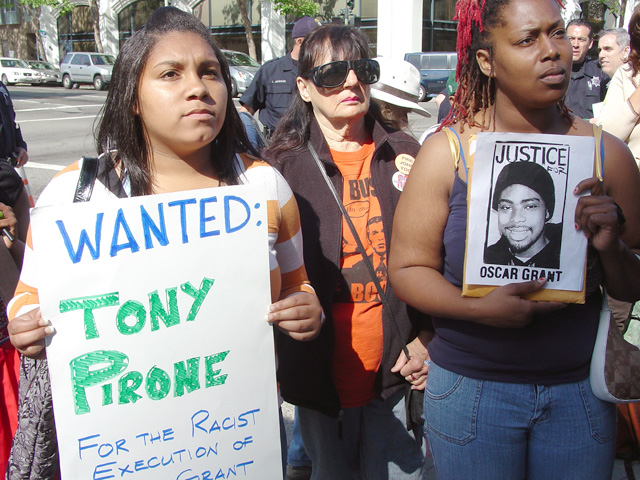 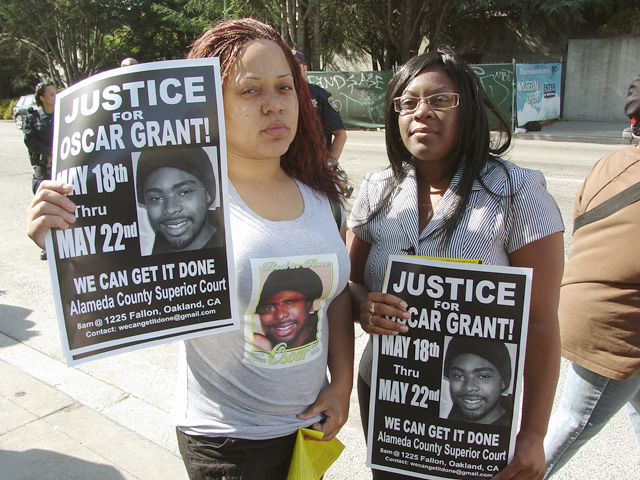 With all of the evidence to be presented during the preliminary hearing, there is a chance it might run into next week.
§BART Police Out of Oakland
by dave id 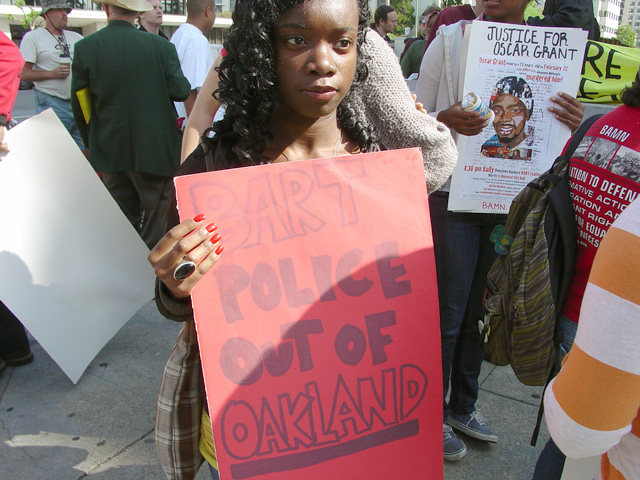 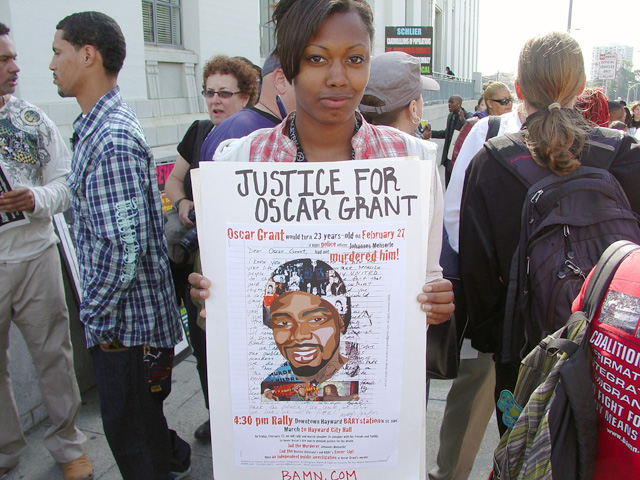 §As morning court house demonstration wound down, a group marched to Laney College
by dave id 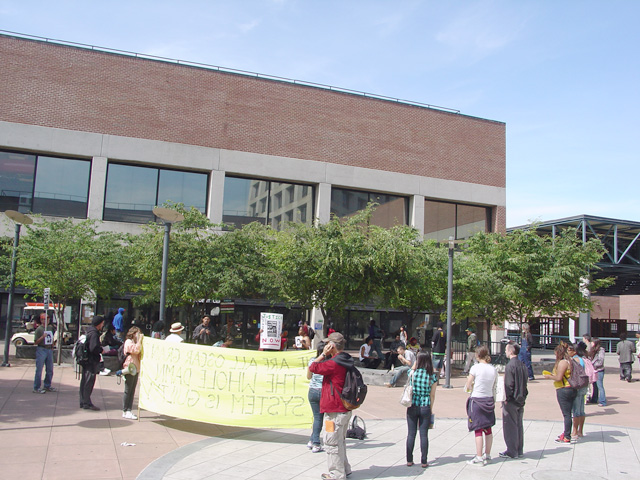 §Laney College speak-out at the quad
by dave id 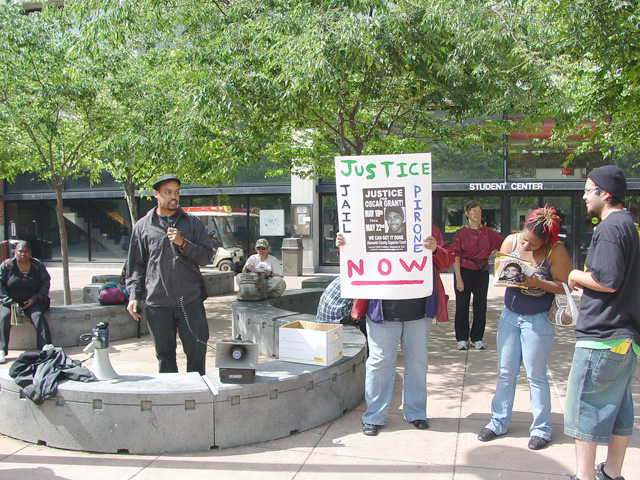 §Press Conference and Street March After Mehserle Preliminary Hearing, Oakland, 5/18/09
by dave id
for photos from later in the day, see:
END_OF_DOCUMENT_TOKEN_TO_BE_REPLACED
Add Your Comments
Support Independent Media
We are 100% volunteer and depend on your participation to sustain our efforts!