Add an Event
Newswire
Calendar
Features
Home
Donate
From the Open-Publishing Calendar
From the Open-Publishing Newswire
Indybay Feature
Publish to Newswire
Add an Event
Related Categories: South Bay | Police State & Prisons
Cops Watch Copwatchers in San Jose
by Cinco de Mayo
Tuesday May 5th, 2009 11:24 PM
Victims of police violence and activists came together to share and hear stories of San Jose Police Department abuse and misuse of authority. They demonstrated under the watchful eye of mounted police in front of San Jose City Hall on Cinco de Mayo 2009.
The event was organized by BASTA, a group standing up against police brutality, against Latinos specifically and all communities at large.

Photo: Mounted police in background behind banner keep an eye on the demo. 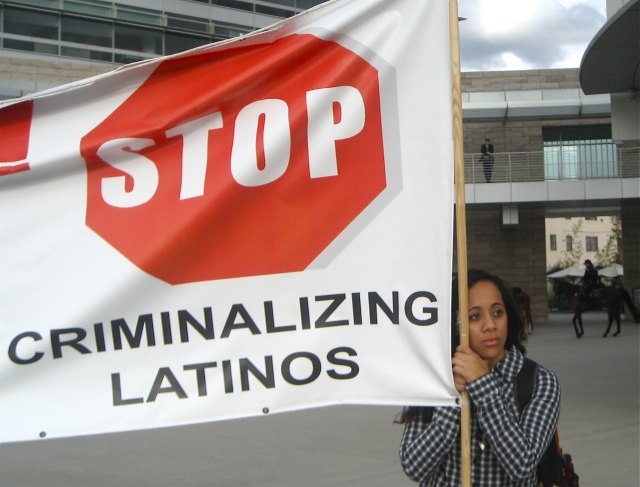 original image (2062x1571)
The Call to Action read as follows:
¡BASTA!
Enough is Enough!
STOP Criminalizing Latinos
We are not criminals / Nosotros no somos criminales
Join us in the fight for Justice! 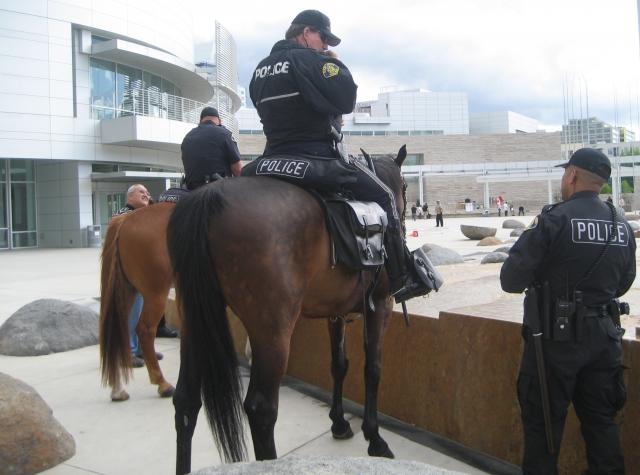 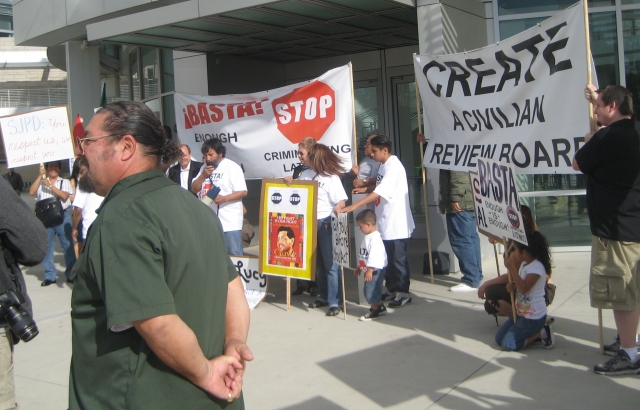 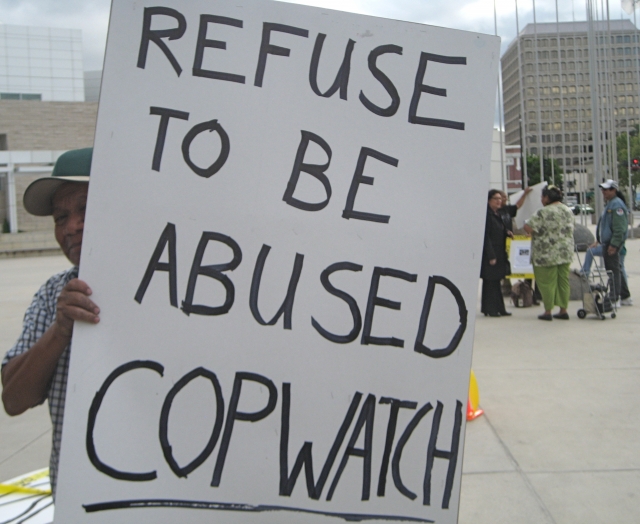 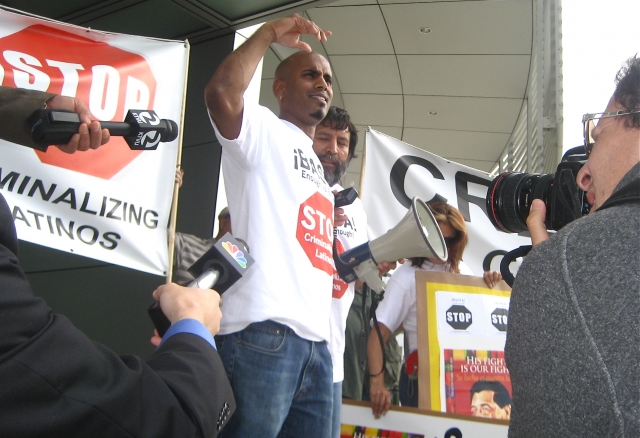 original image (2192x1502)
Raj is from Silicon Valley deBug. He led the gathered demonstrators in a call and response chant for an end to abuse.
http://www.siliconvalleydebug.com/
§David Williams
by Cinco de Mayo Tuesday May 5th, 2009 11:24 PM 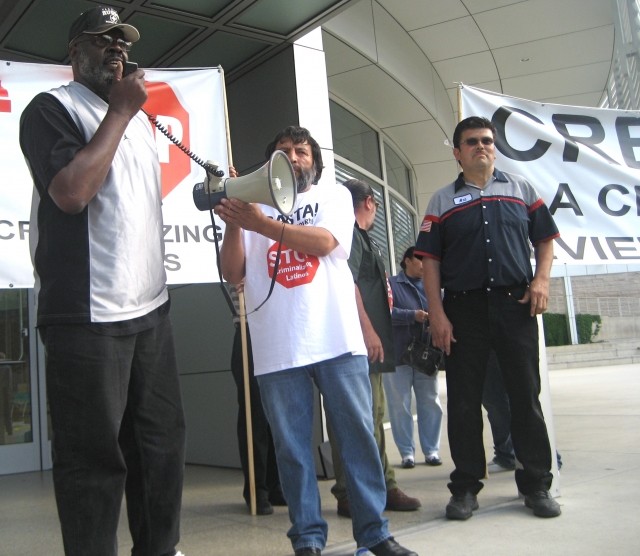 original image (2391x2080)
David was also a target of abuse at the hands of SJPD. He is six and a half feet tall, and heard police say "He's a big one we'll have to taser him" before he was shot by a cop's stun gun. He landed in the hospital where he was in a coma for three days. He was accused of being on PCP when his truck went out of control in San Jose two years ago.
http://www.siliconvalleydebug.com/
§Mounted police behind signs
by Cinco de Mayo Tuesday May 5th, 2009 11:24 PM 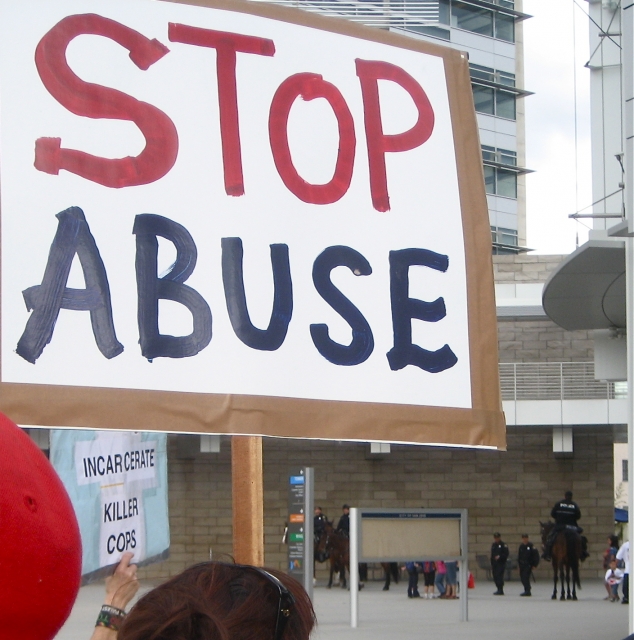 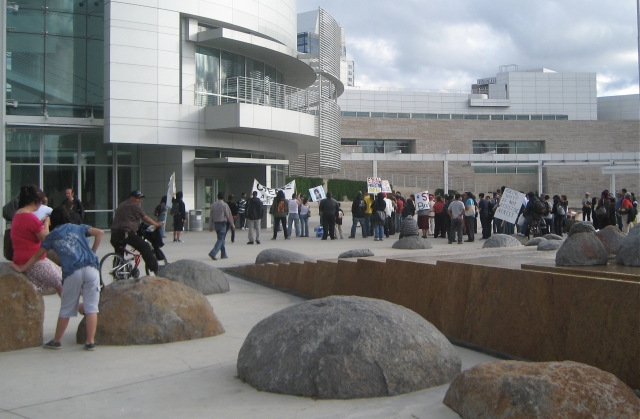 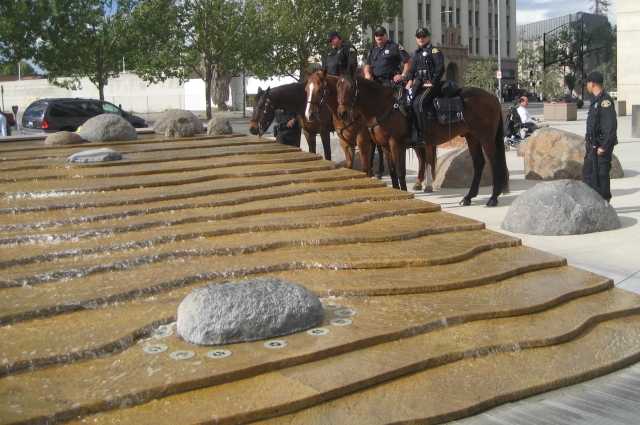 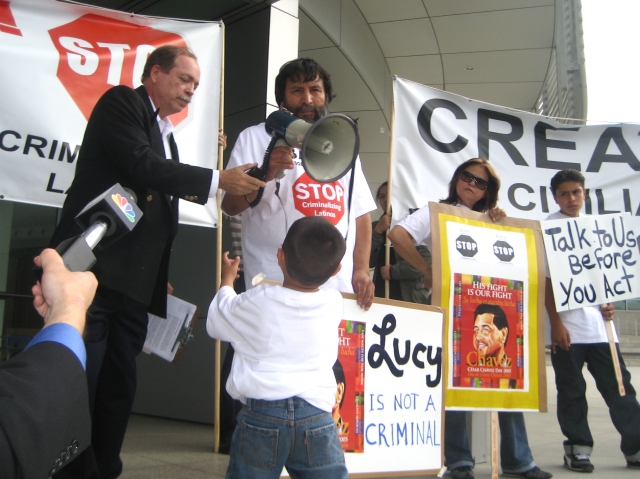 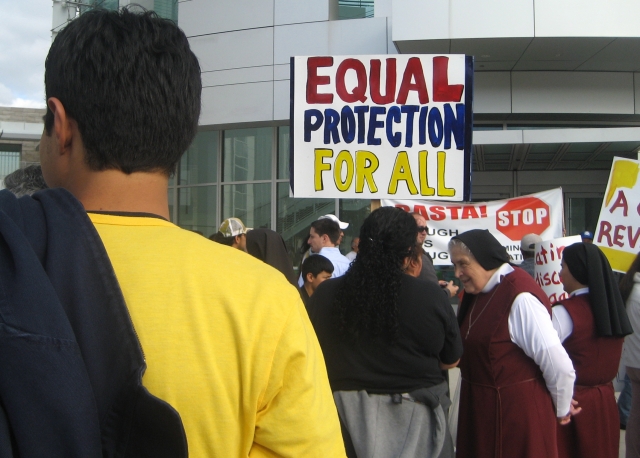 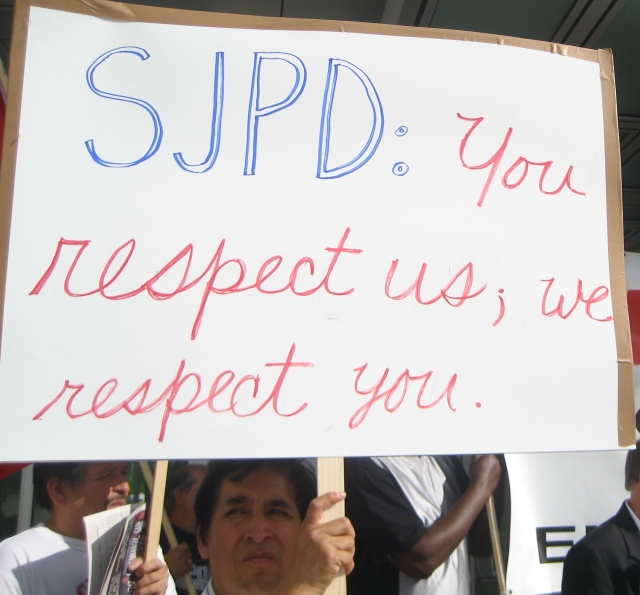 original image (1943x1809)
http://www.siliconvalleydebug.com/
Add Your Comments
LATEST COMMENTS ABOUT THIS ARTICLE
Listed below are the latest comments about this post.
These comments are submitted anonymously by website visitors.