Add an Event
Newswire
Calendar
Features
Home
Donate
From the Open-Publishing Calendar
From the Open-Publishing Newswire
Indybay Feature
Publish to Newswire
Add an Event
Related Categories: East Bay | Police State & Prisons | Racial Justice
Notes from the Citizens' Police Review Board Meeting, Oakland, 2/5/09
by dave id
Friday Feb 6th, 2009 1:15 AM
In Hearing Room #1 at Oakland City Hall, the Citizens' Police Review Board held a public meeting divided between Review Board business, public comment, and a presentation by an officer Gonzales, a supervisor and trainer in the OPD, regarding instruction officers receive to guide their interactions with the public. After the meeting, a non-public hearing was scheduled related to the Casper Banjo case. 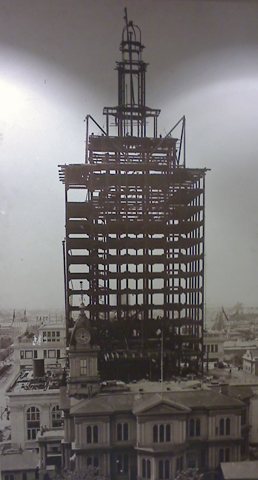 Board business included such Robert's Rules of Order as approving the minutes from their last meeting in January. Proposed "civilianization" of Internal Affairs was mentioned. It was noted that there are currently 64 cases before the board. A report they had received from OPD regarding officer-involved shootings from 2004-2008 had at least two obvious errors: it didn't list Andrew Moppin as Native American in the breakdown of demographics and it listed the top age of victims as 50 when Casper Banjo was 71.

The first speaker in the comments section noted that a new City Adminstrator had been named and the title "interim" had been removed. The Council is determined to hire a new police chief from outside the OPD and the search is national. Oakland budget is due the first week of April and will include cuts to OPD which will likely mean less officers on the streets.

Four Native American speakers spoke in support of Andrew Moppin -- Janet King, Chris Lamboria, Morningstar, and Ireed, his grandmother, great-grandmother to his children. They took turns speaking about a forum they held last night at their Friendship House where the police murders of Andrew Moppin, Oscar Grant and others were discussed. They noted that they had been seeking representatives from OPD to come and answer questions but people were greatly offended when three officers showed up with guns in their sacred space. Officers later apologized, but speakers said this shows great insensitivity and how badly diversity training is needed within the OPD. They noted that Andrew Moppin's killer, Officer Hector Jimenez, killed Jody Woodfox in July after having killed Moppin by shooting him in the back eight times on New Year's Eve, and that Jimenez was still on paid administrative leave from the OPD. Why is Jimenez still getting paid with benefits as if he is on vacation and the family just got the police report a few weeks ago, a full year after Andrew Moppin was murdered. The Citizens Review packet was insulting in that it noted that cops are not required to show up for mediation of disputes. Why one year for the police report? Why did they go for guns so fast? We need answers -- and the officers must stand up and face charges.

A representative of Amnesty International said that the Oscar Grant case was an obvious violation of human rights and a clear abuse of power. Shooting an unarmed man in the back is inexcusable. The history of racial bias by police in the United States means that race must be considered a factor in any investigation. The fact that police confiscated evidence of their crime (citizens' video cameras on the BART platform) should itself be investigated. Police cannot investigate themselves. Amnesty International calls for an independent Internal Affairs in Oakland and a new commission with the power to act on police abuses.

Several people spoke passionately about the City of Oakland having denied a permit for tomorrow's March for Stolen Lives. Danny G, of Families Against Murder By Law Enforcement (F.A.M.L.E.), made his point regarding the permit by noting that 2,000 people were murdered by police in the U.S. since 1990.

Rashidah, of PUEBLO, asked the audience how many trusted OPD Internal Affairs invetigations? No hands were raised. She said millions are spent on worthless investigations that accomplish nothing. All citizen complaints should go to the CPRB; IA should be shut down; investigations should be staffed by civilians; and a police commission should be created with the power to enforce findings, impose discipline, and fire officers. The CPRB can't do that. Everyone knows the problem, and it's time to fix it by offering promise of justice to families.

Two relatives of Casper Banjo, murdered by Oakland police, spoke. A niece said she was saddened by Oscar Grant and reminded that Casper was killed in front of the Eastmont Mall police substation. Despite problems with excessive force issues in this city or others, officers are still hired or retained by OPD. More non-lethal options should be at hand for officers to use rather than their guns. Casper Banjo was described by some as a vagrant, older Black man, but his art was recognized and exhibited from Harlem to NY-MOMA to the Library of Congress to Nigeria, and he helped start Art and Soul in Oakland. Casper's sister Eberdean noted that her brother was shot with a high-powered rifle through the heart on March 14, 2008. She wants to be able to view photos of the incident and believes police have some.

Cindy Adams added that police oversight of police means they will never find each other guilty. We need a panel of serious people because the taking of life is a serious situation. If a panel had been in place at the time of the murder of Andrew Moppin, Jody Woodfox might still be alive.

Officer Gonzales, a supervisor and trainer in the OPD, then explained for 45 minutes some of the procedures he teaches officers regarding their interfaces with members of the public. He explained procedures that officers are supposed to follow, like being professional and actively listening. He illustrated some of the ways in which he teaches them to listen to words and body language of the public and how to carry themselves as public servants. He noted that nearly every officer is given a voice recorder to record verbal interactions but admitted upon questioning that their use is not mandatory. CPRB members noted that mandatory use of the recorders would be helpful to establish the truth in a number of cases as a large percentage of complaints filed have to do with police behavior being unprofessional or verbally abusive. 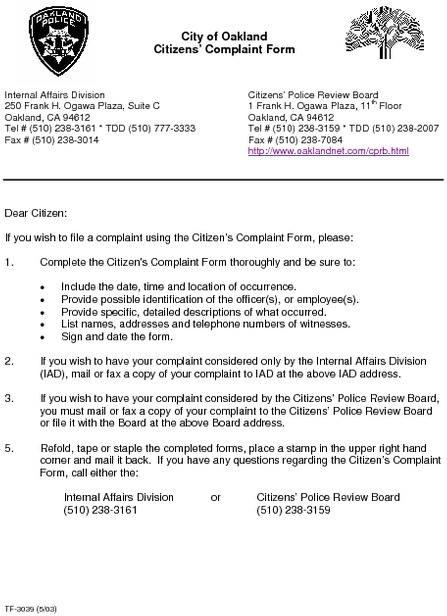 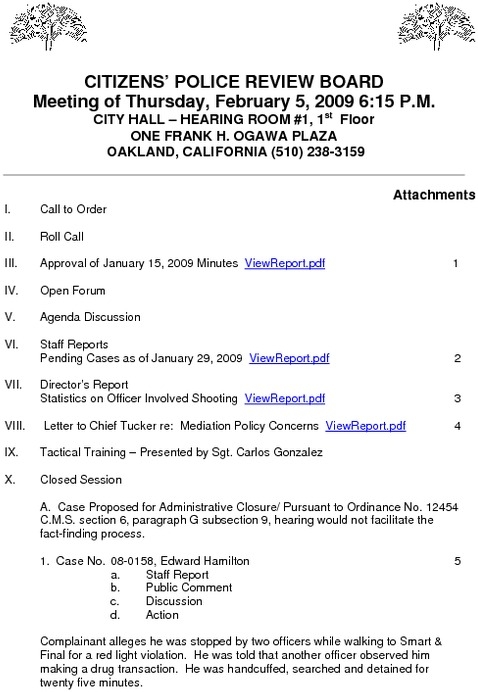 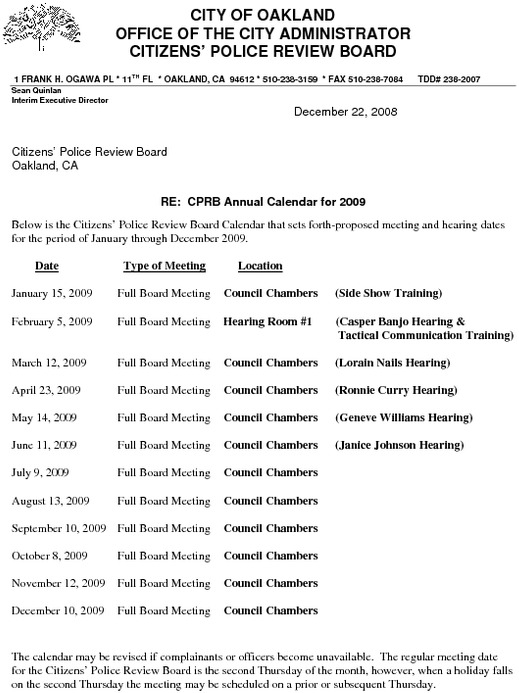 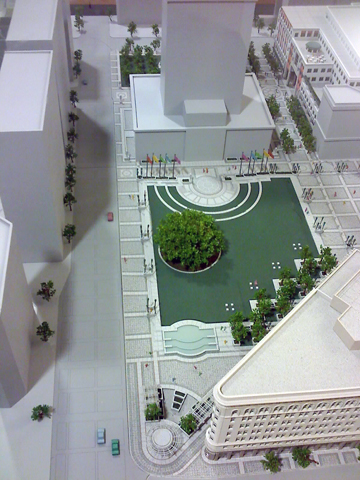 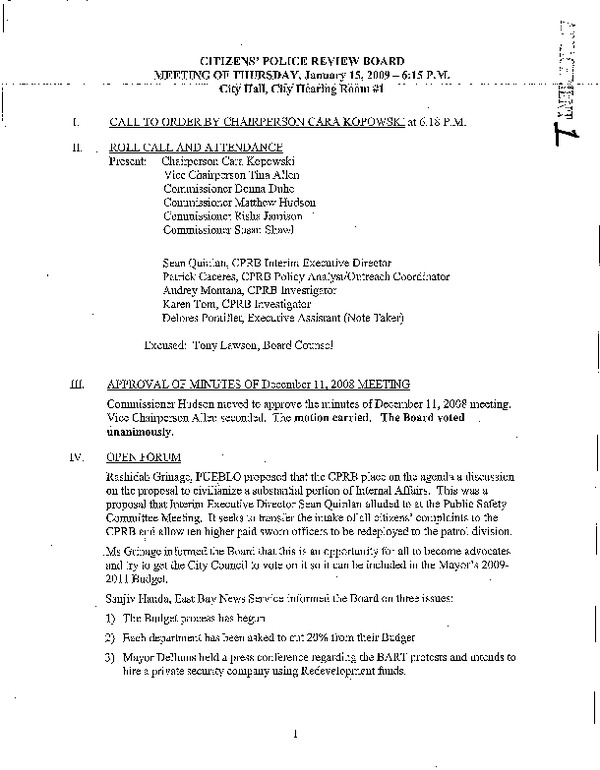 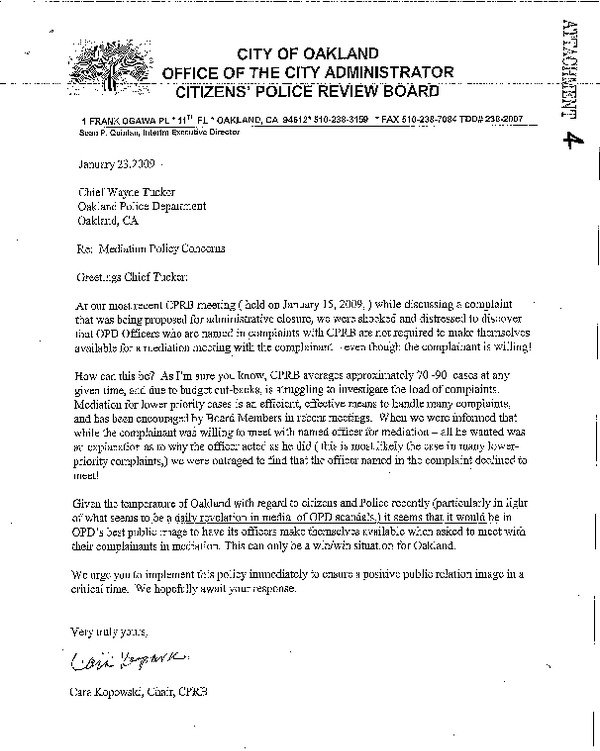 Download PDF (76.1KB)
http://www.indybay.org/newsitems/2009/02/0...
Add Your Comments
Support Independent Media
We are 100% volunteer and depend on your participation to sustain our efforts!