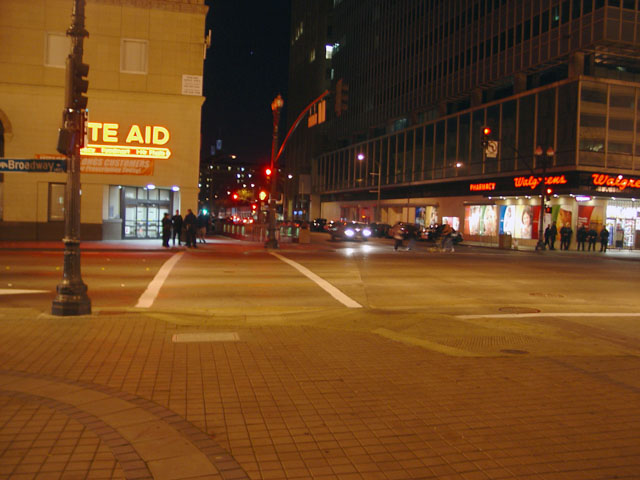 Cops on every corner at 14th and Broadway. The two corporate drug store chains and other businesses had their security gates drawn early tonight — perhaps after a warning from Dellum's new "immediate, real-time" communication with corporations downtown.
http://www.indybay.org/newsitems/2009/01/3...
§Too many patrol cars and cops in the area to even count
by dave id Saturday Jan 31st, 2009 10:32 PM 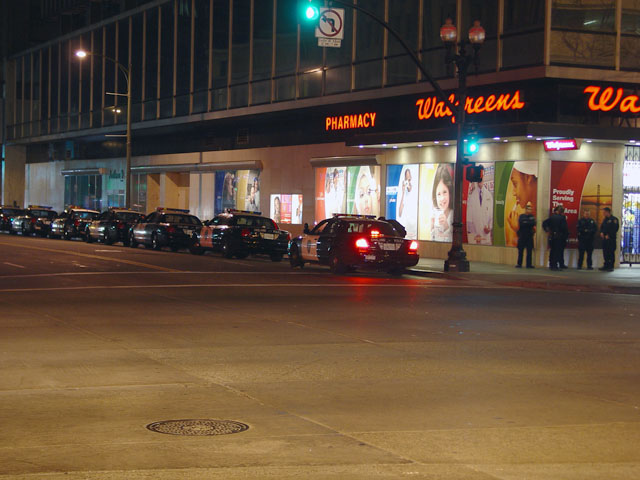 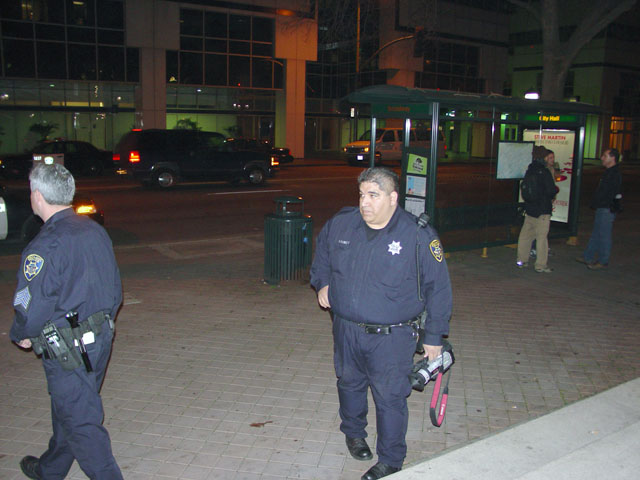 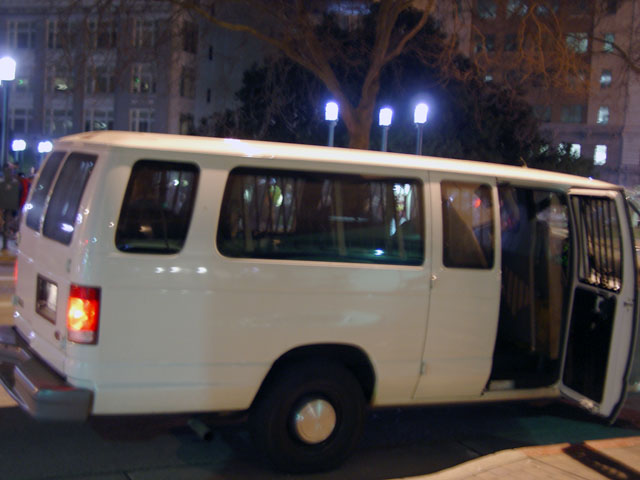 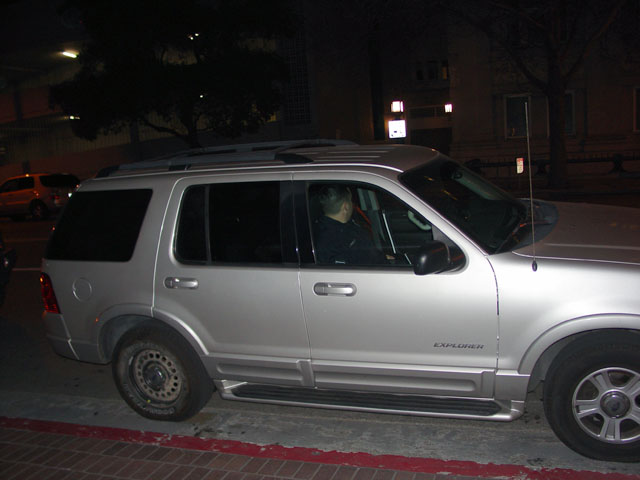 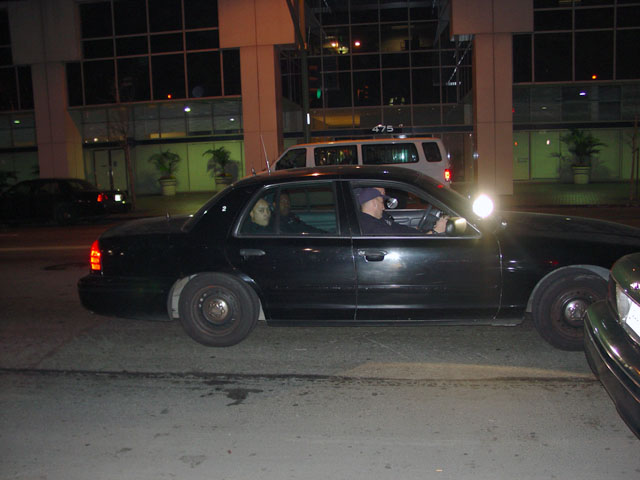 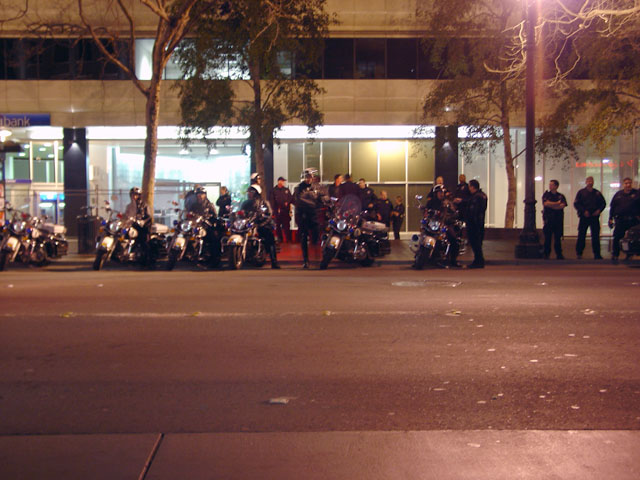 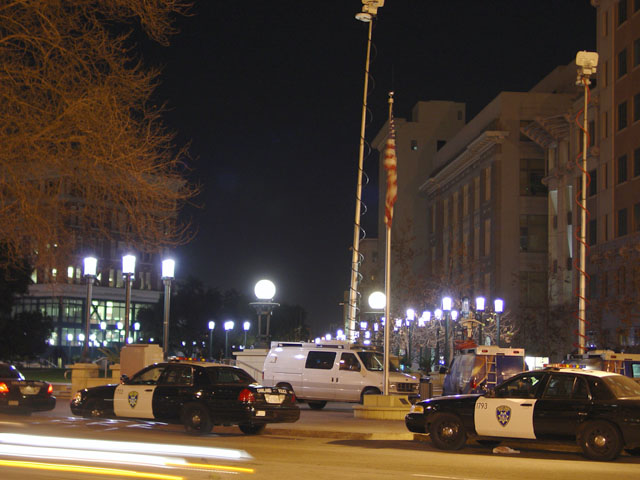 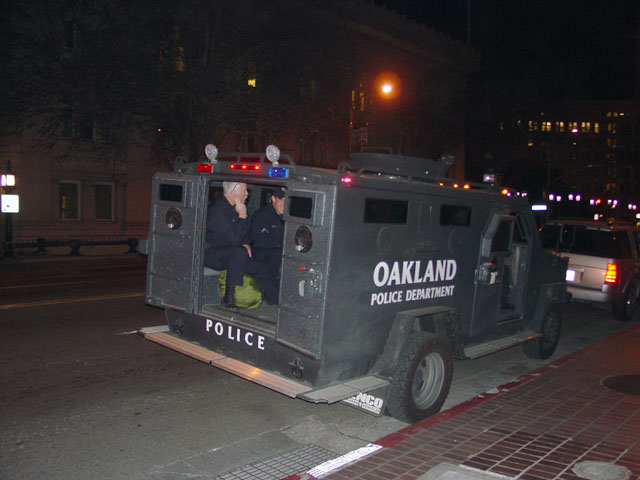 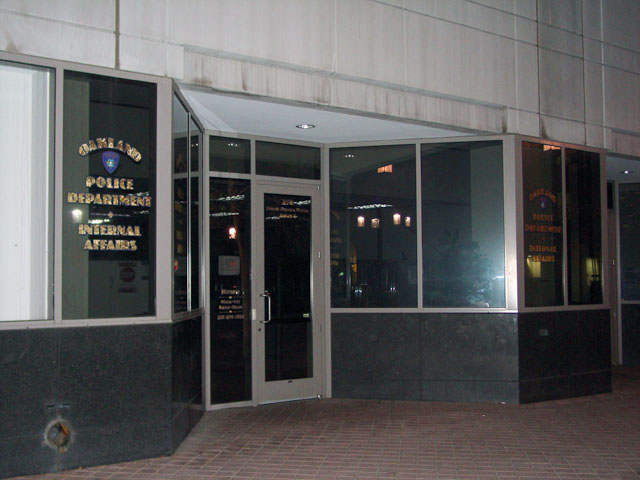 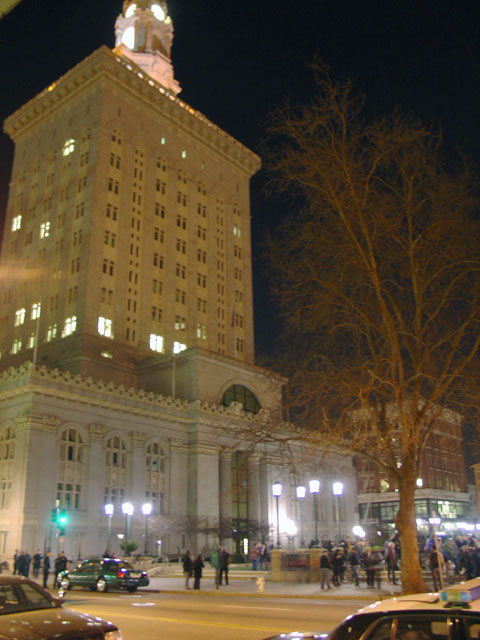 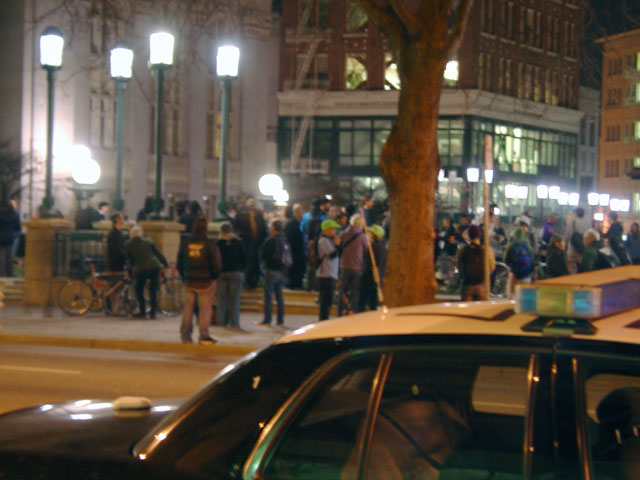 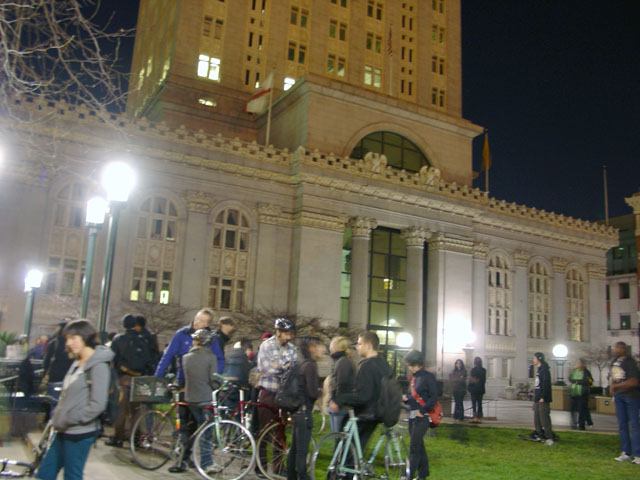 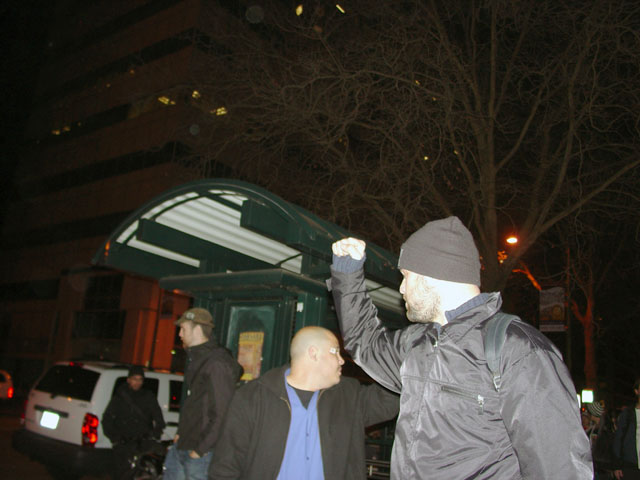 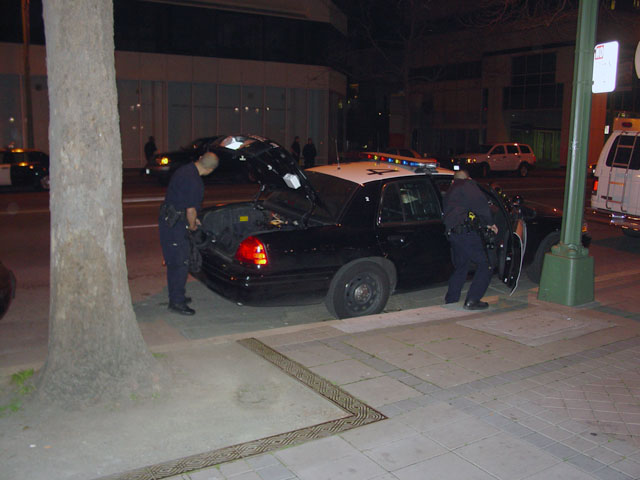 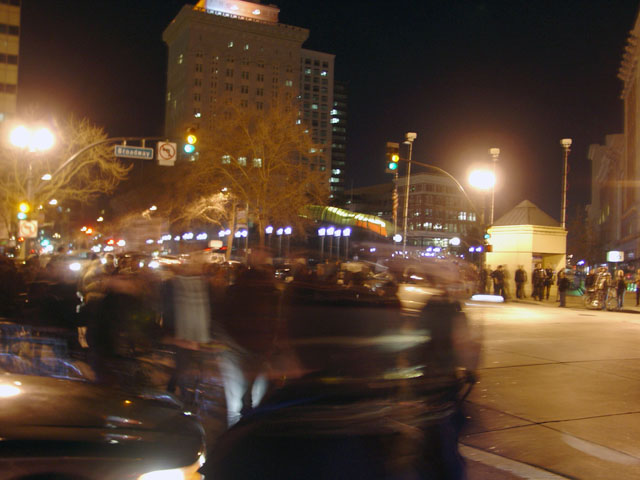 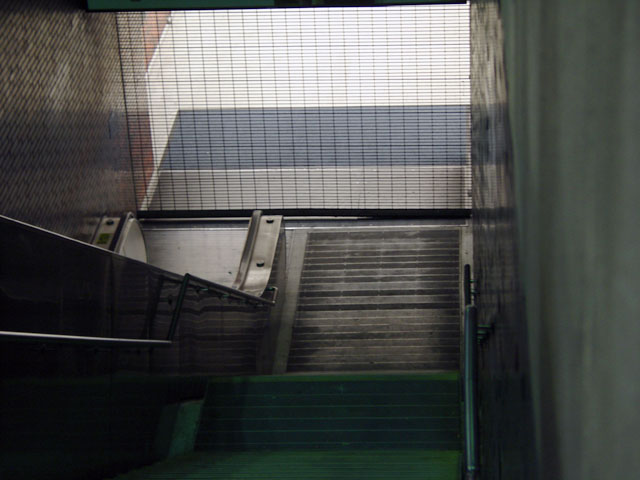 Two speakers spoke at the top of the stairs to the BART entrance. As they spoke, the security gates were closed. Several demands were declared, including the conviction of Mehserle and the arrest of BART officer Pirone, who was videotaped punching and then holding down Oscar Grant when Mehserle shot him in the back (http://www.indybay.org/newsitems/2009/01/24/18565520.php). After the speakers expressed the community's demands, demonstrators dispersed to take the fight for justice to another day.

Hopefully, video taken of speakers will make it over current technical glitch and be able to be posted here soon.
http://www.indybay.org/newsitems/2009/01/3...
§Video of speakers now on Indybay
by dave id Monday Feb 2nd, 2009 11:35 AM
view it here:
http://www.indybay.org/newsitems/2009/02/0...
Add Your Comments
LATEST COMMENTS ABOUT THIS ARTICLE
Listed below are the latest comments about this post.
These comments are submitted anonymously by website visitors.