Add an Event
Newswire
Calendar
Features
Home
Donate
From the Open-Publishing Calendar
From the Open-Publishing Newswire
Indybay Feature
Publish to Newswire
Add an Event
Related Categories: Peninsula | Womyn
Mothers Breastfeed and Protest at Facebook's HQ in Palo Alto
by ~Bradley (bradley [at] riseup.net)
Sunday Dec 28th, 2008 12:12 AM
M.I.L.C. (Mothers International Lactation Campaign) reports that recently, Facebook has started 'pulling a myspace' by not allowing people to post profile pictures of babies nursing. The pictures have been reported as 'obscene' and have been removed- their posters warned not to repost or fear being kicked off of Facebook.

On December 27, M.I.L.C. demonstrated in front of Facebook's headquarters in Palo Alto, CA in response to Facebook designating breastfeeding photos as obscene, removing them from member albums and profiles, banning and restoring user accounts without explanation, and not answering emails from users. Mothers breastfed their babies and displayed photos removed by Facebook as part of a coordinated and widespread campaign in support of the rights of breastfeeding mothers and their children everywhere. 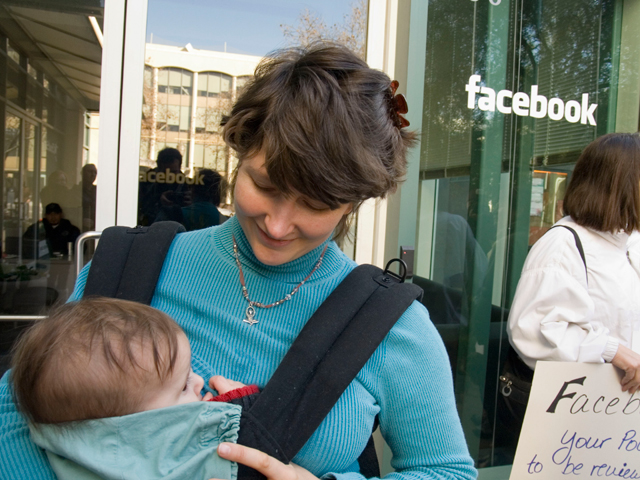 The Raging Grannies contributed a song written for the occasion called 'Rise Up!' and sang it with M.I.L.C. in front of Facebook's door.

More coverage is published at:
Protest In Palo Alto Against Facebook Censoring Of Breast Feeding
http://www.indybay.org/newsitems/2008/12/27/18556608.php

Indymedia and the Enclosure of the Internet
http://london.indymedia.org.uk/articles/203
§Facebook Security
by ~Bradley Sunday Dec 28th, 2008 12:12 AM 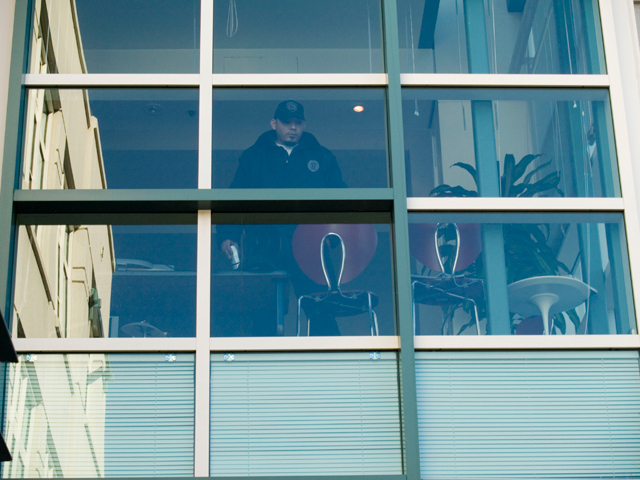 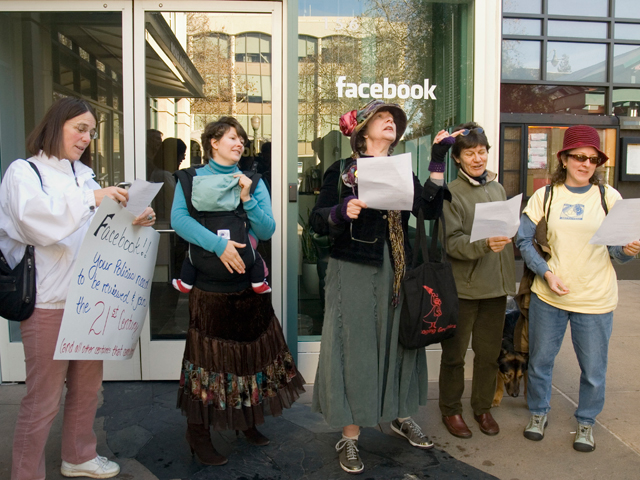 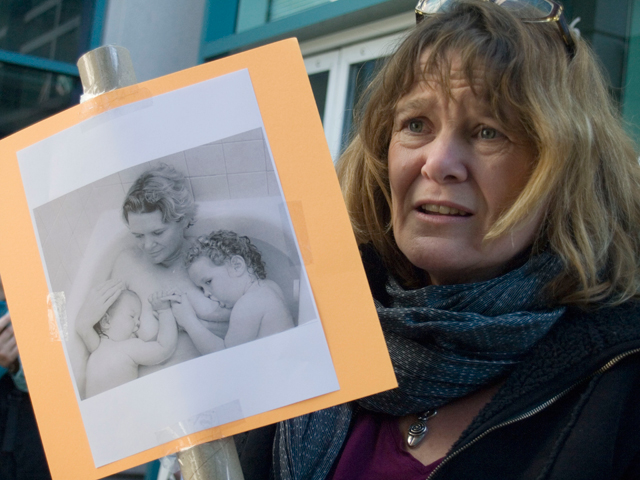 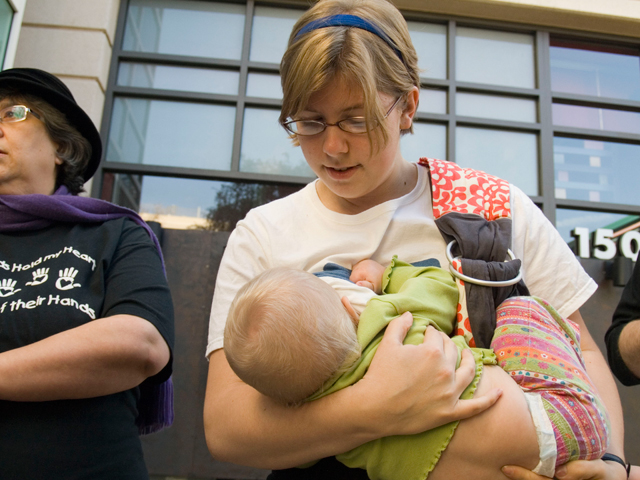 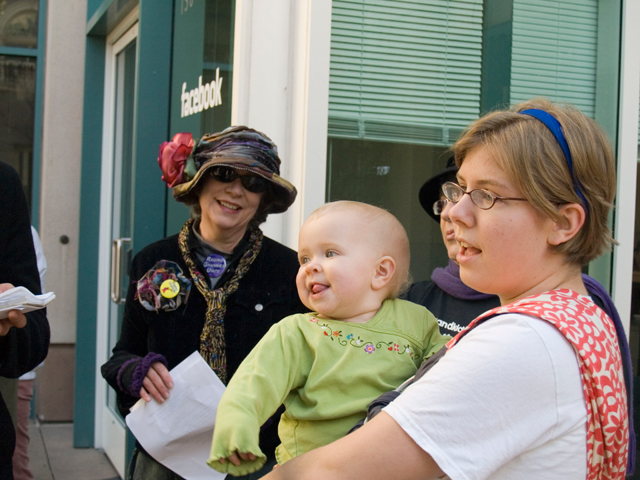 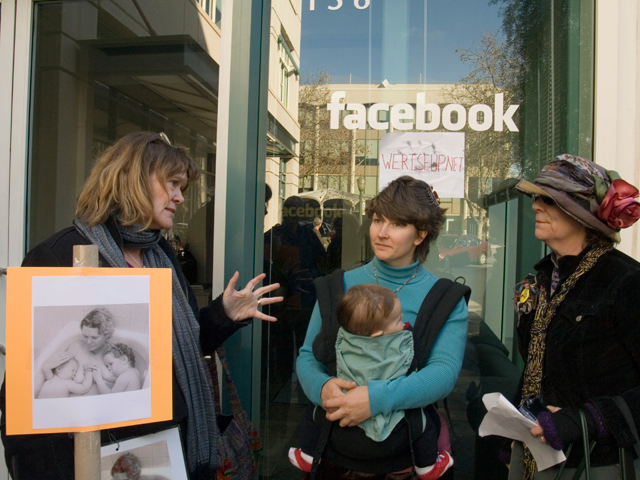 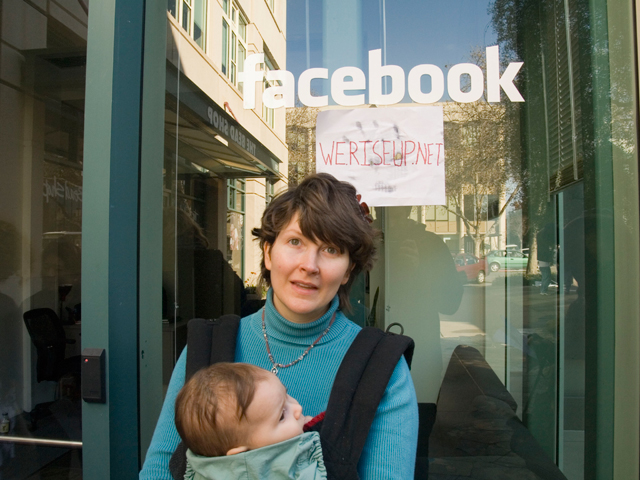 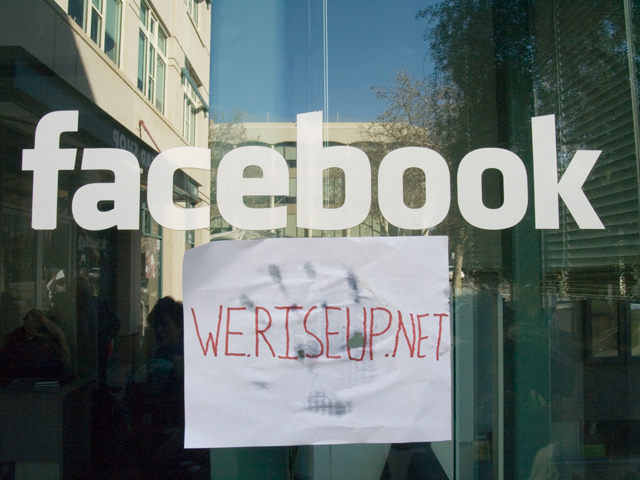 "Crabgrass is a software libre web application designed for social networking, group collaboration and network organizing. Our goal is to create communication tools that are tailored specifically to meet the needs of bottom up grassroots organizing. By social networking, we mean the ability of users to get to know one another through their online contributions and presence. By group collaboration, we mean the ability of small groups to get things done, such as share files, track tasks and projects, make decisions and build repositories of shared knowledge. By network organizing, we mean the ability of multiple groups to work together on projects in a democratic manner." 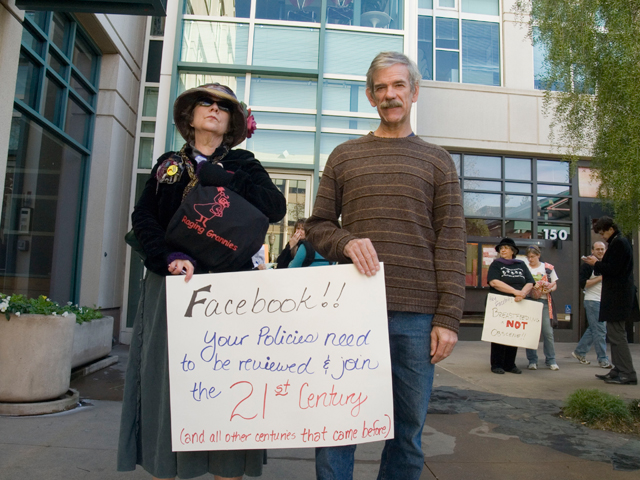 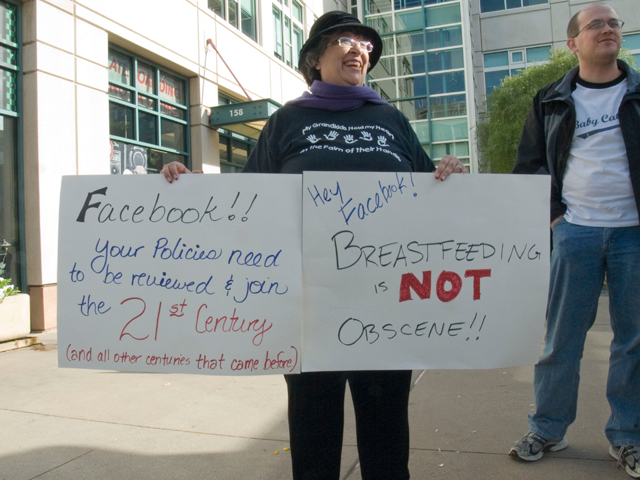 http://en.wikipedia.org/wiki/Breastfeeding
§Breastfeeding is "Allowed" in "California"
by ~Bradley Sunday Dec 28th, 2008 12:12 AM 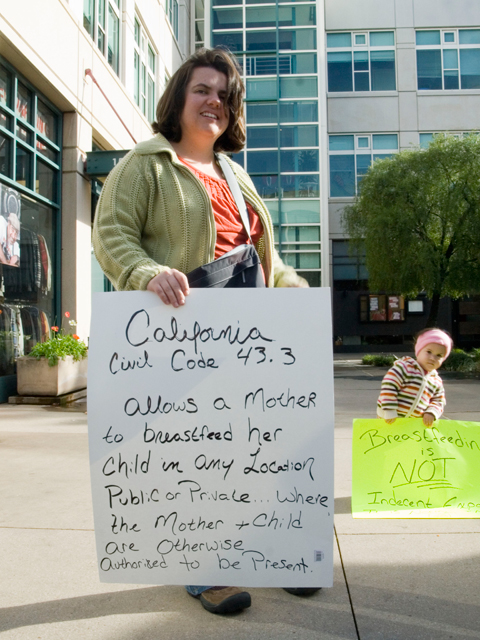 "Notwithstanding any other provision of law, a mother may
breastfeed her child in any location, public or private ... where the mother and the child are otherwise authorized to be present."
§Take My Picture
by ~Bradley Sunday Dec 28th, 2008 12:12 AM 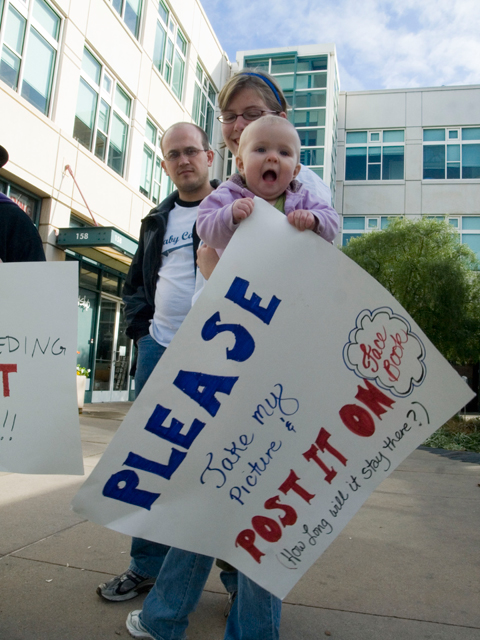 §Breastfeeding Demonstration at Facebook in Palo Alto
by ~Bradley Sunday Dec 28th, 2008 12:12 AM 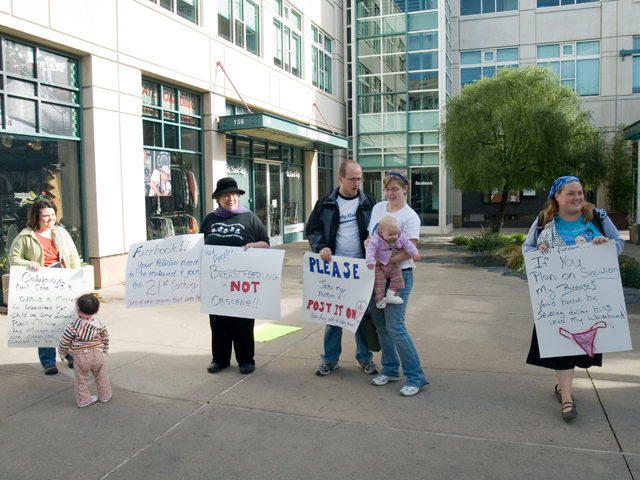 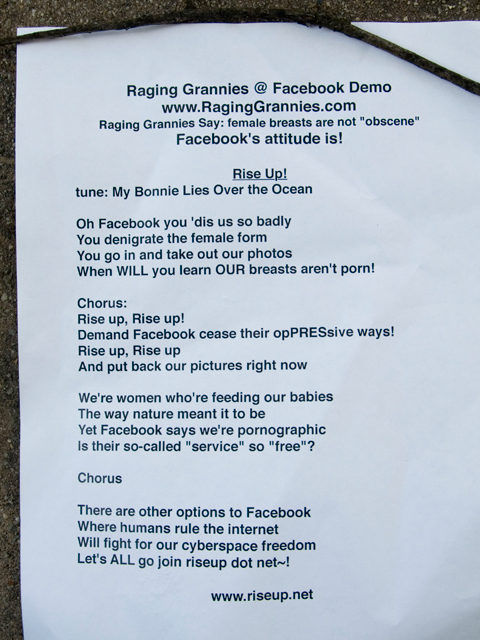