Add an Event
Newswire
Calendar
Features
Home
Donate
From the Open-Publishing Calendar
From the Open-Publishing Newswire
Indybay Feature
Publish to Newswire
Add an Event
Related Categories: Santa Cruz Indymedia | U.S. | Global Justice & Anti-Capitalism | Government & Elections | Police State & Prisons
Unpermitted Dissent in the Streets of St. Paul
by ~Bradley (bradley [at] riseup.net)
Tuesday Sep 2nd, 2008 11:49 PM
Decentralized, unpermitted protests took place throughout the streets of downtown St. Paul, Minnesota on September 1st to mark the start of the Republican National Convention (RNC). Following the permitted demonstration organized by The Coalition to March on the RNC and Stop the War, various items were pulled into the streets, some corporations had their windows broken, and people danced without permission. There were mass arrests by the police who deployed a wide range of weaponry, including concussion grenades, tear gas, pepper spray, batons, charging horses and hard rubber bullets. 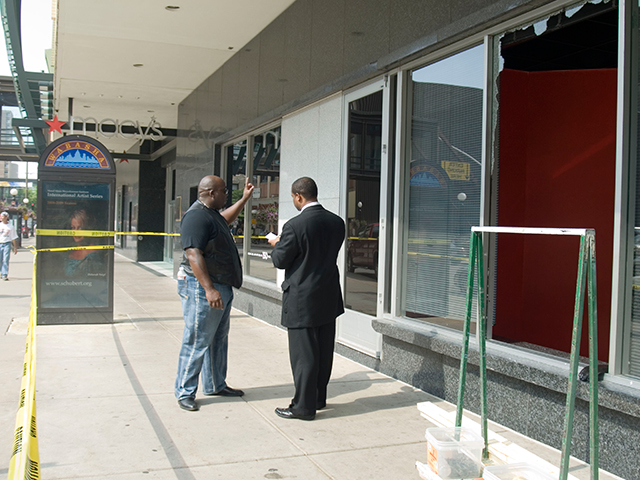 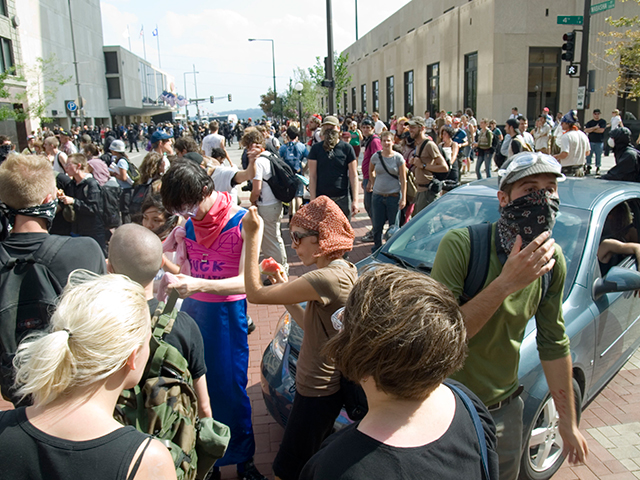 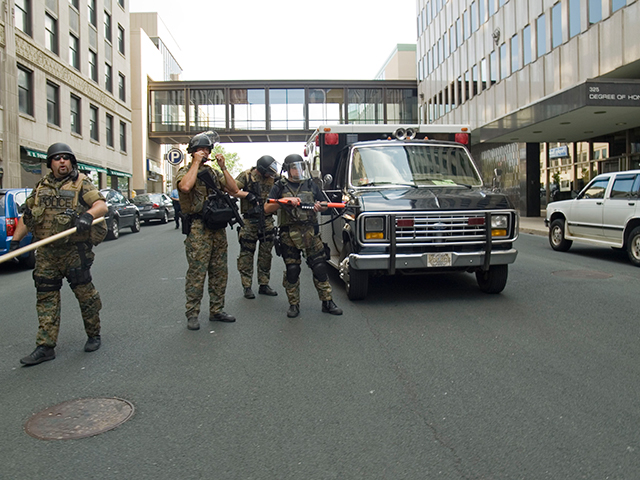 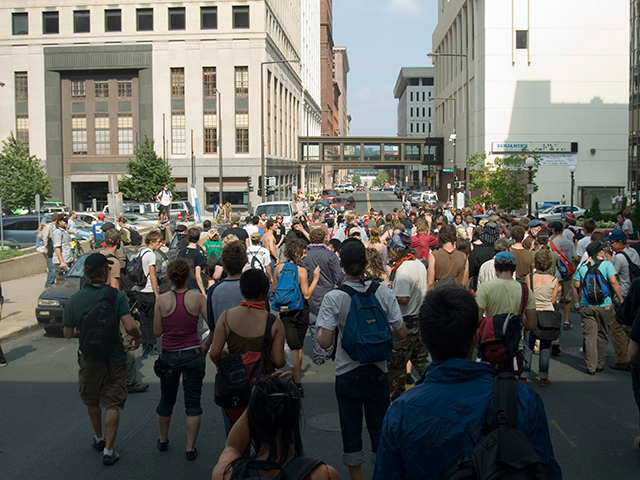 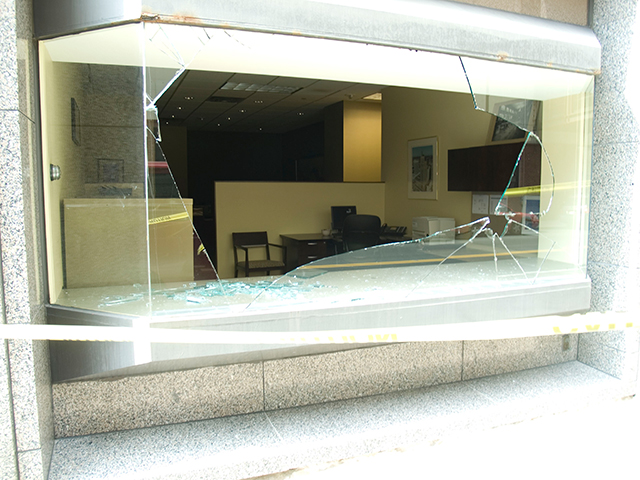 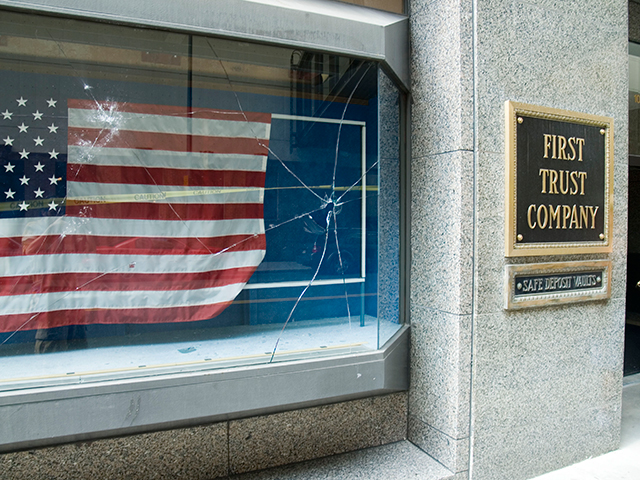 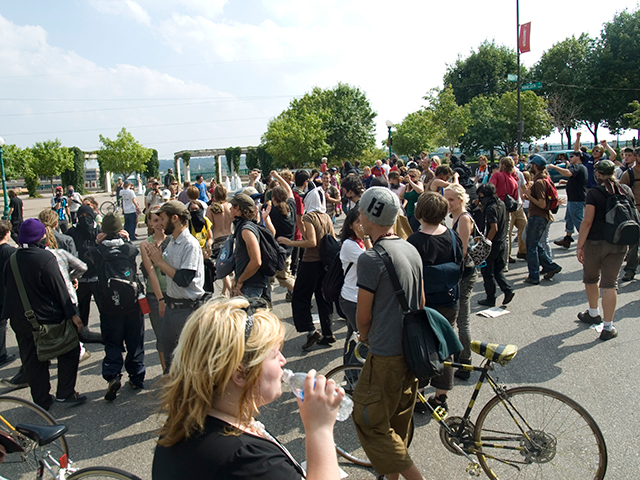 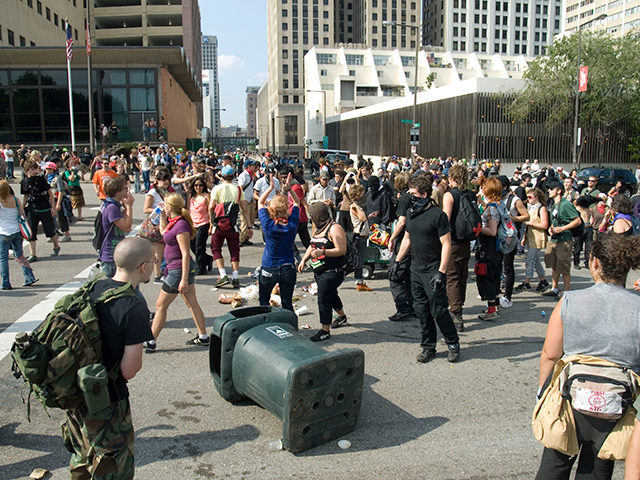 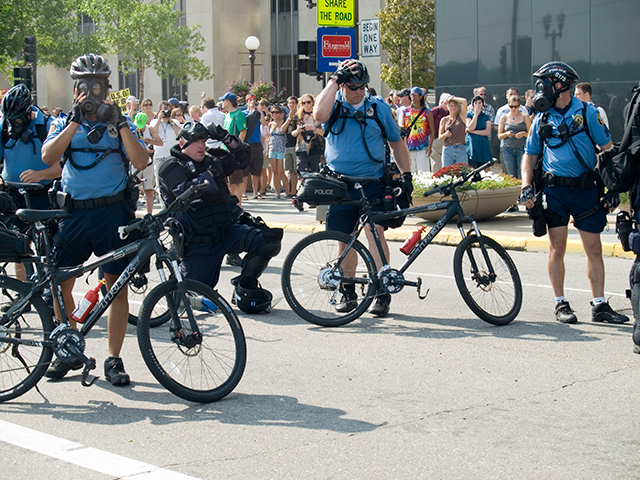 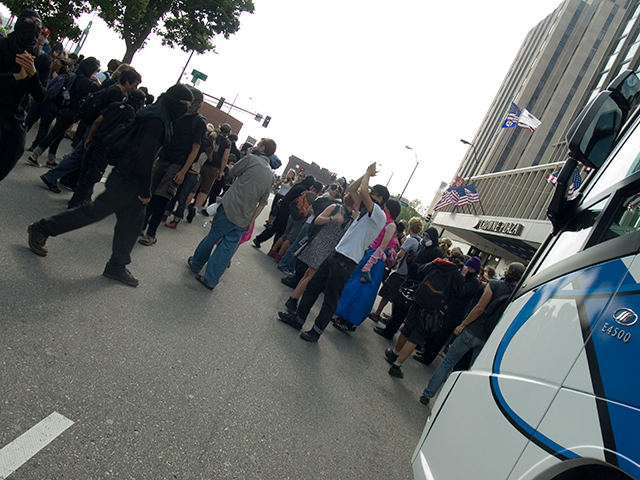 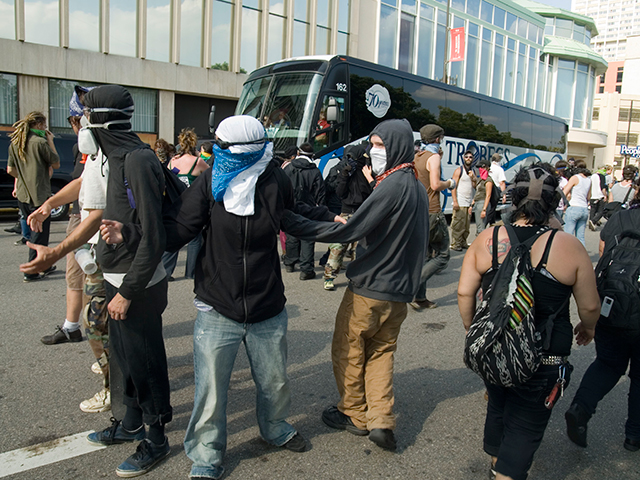 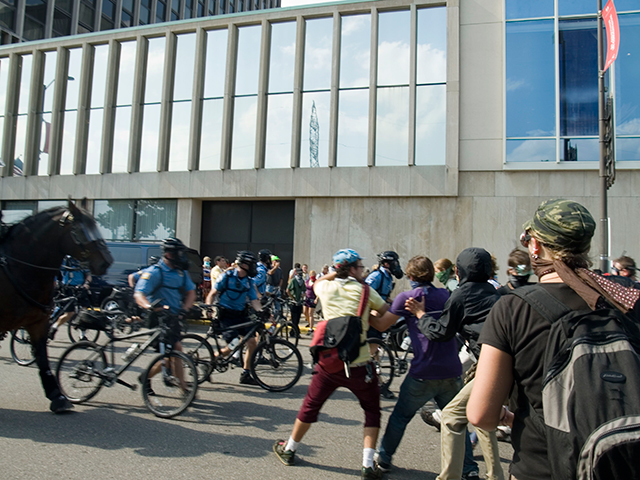 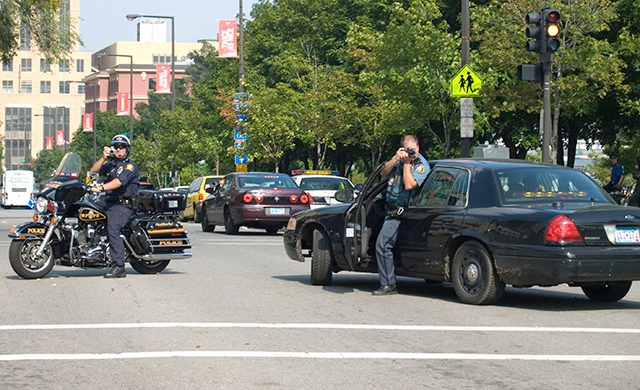 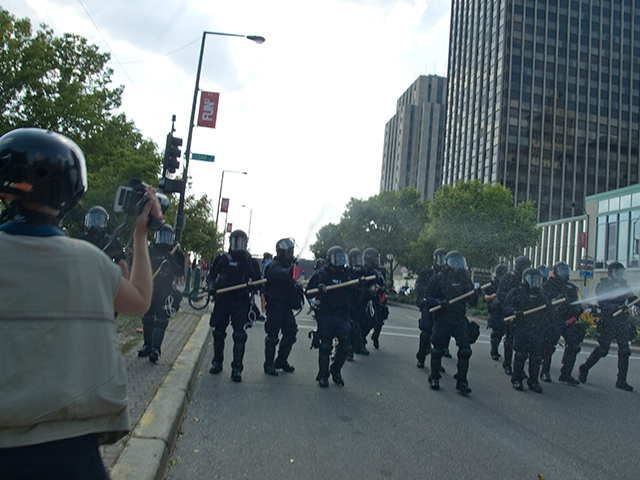 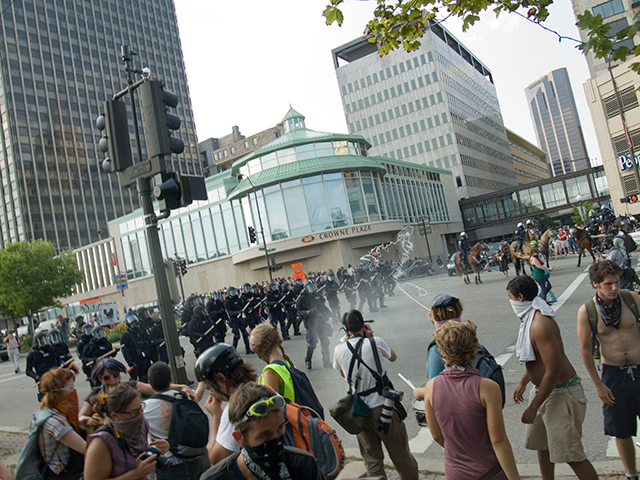 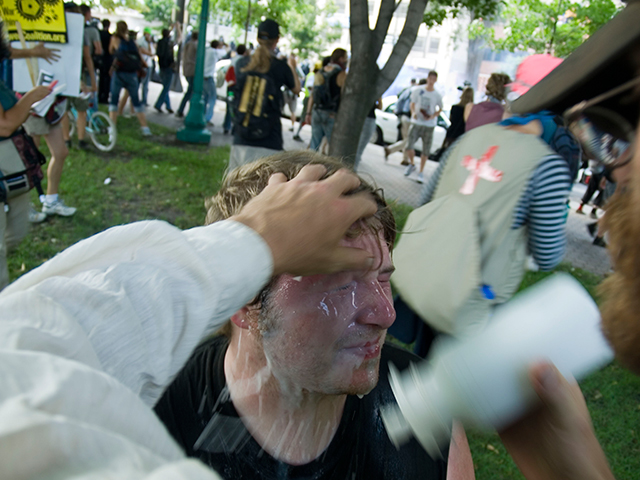 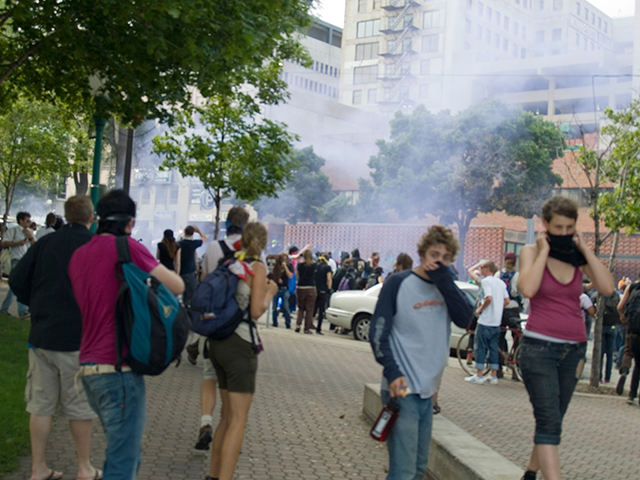 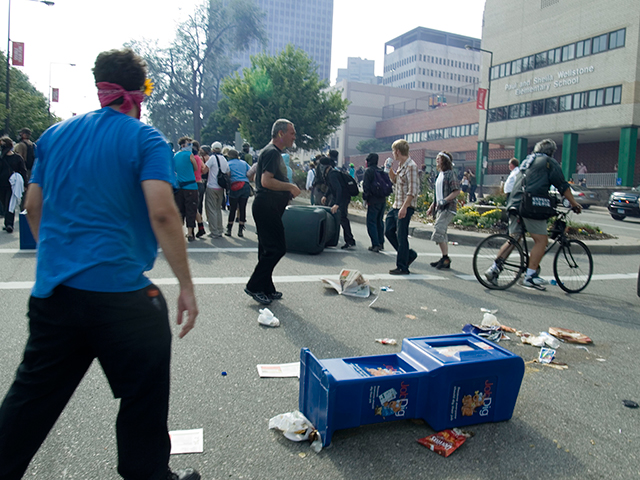 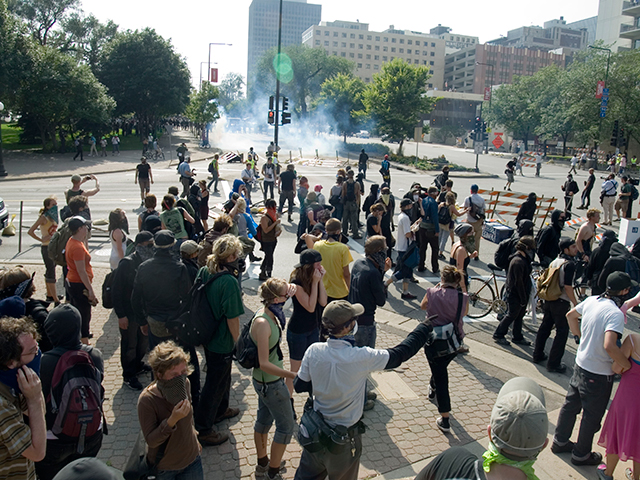 §The Police State Flexes It's Muscle in St. Paul During the RNC
by ~Bradley Wednesday Sep 3rd, 2008 2:04 AM
Here is a link to more photos:

The Police State Flexes It's Muscle in St. Paul During the RNC
http://www.indybay.org/newsitems/2008/09/03/18532436.php
Add Your Comments
LATEST COMMENTS ABOUT THIS ARTICLE
Listed below are the latest comments about this post.
These comments are submitted anonymously by website visitors.