Add an Event
Newswire
Calendar
Features
Home
Donate
From the Open-Publishing Calendar
From the Open-Publishing Newswire
Indybay Feature
Publish to Newswire
Add an Event
Related Categories: Santa Cruz Indymedia | U.S. | Anti-War | Global Justice & Anti-Capitalism | Government & Elections
Permitted Dissent in the Streets of St. Paul (part 1 of 2)
by ~Bradley (bradley [at] riseup.net)
Tuesday Sep 2nd, 2008 9:04 AM
On September 1st, over ten thousand people marched in the streets of St. Paul, Minnesota to protest the Republican National Convention while demanding peace, justice and equality. The permitted demonstration, with over two years of planning, was organized by The Coalition to March on the RNC and Stop the War. The Coalition is made up of more than 130 organizations, including anti-war coalitions in the U.S, immigrant rights organizations, trade unions, low income and community groups. 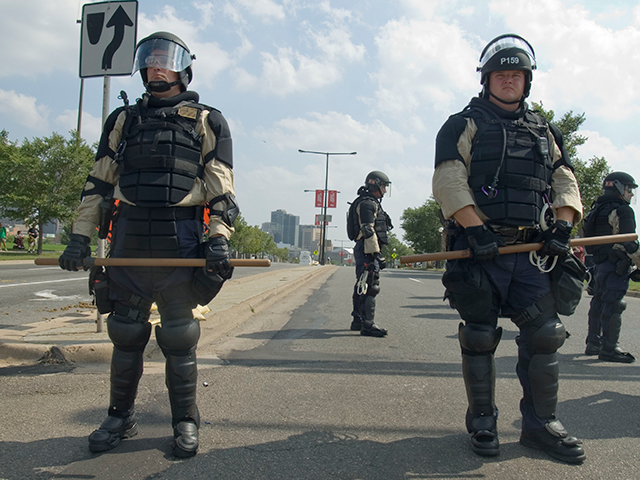 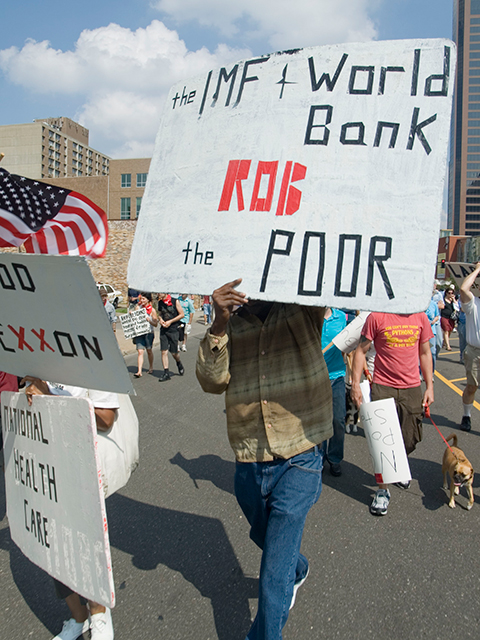 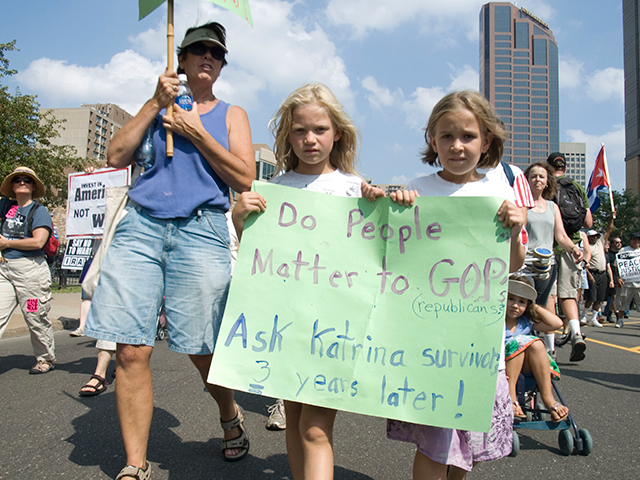 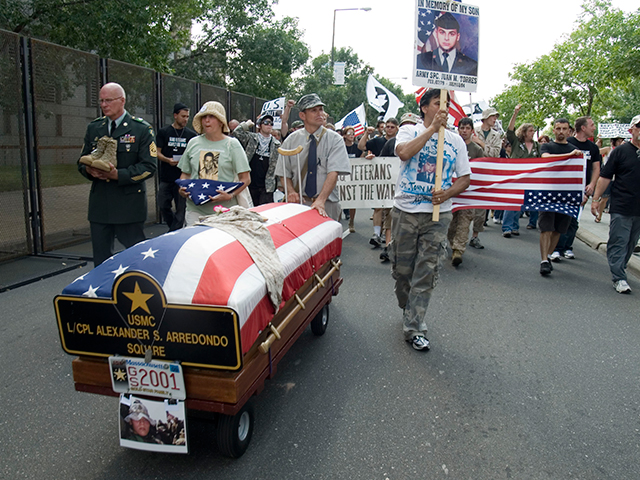 http://en.wikipedia.org/wiki/Gold_Star_Families_for_Peace
§Iraq Veterans Against the War
by ~Bradley Tuesday Sep 2nd, 2008 9:04 AM 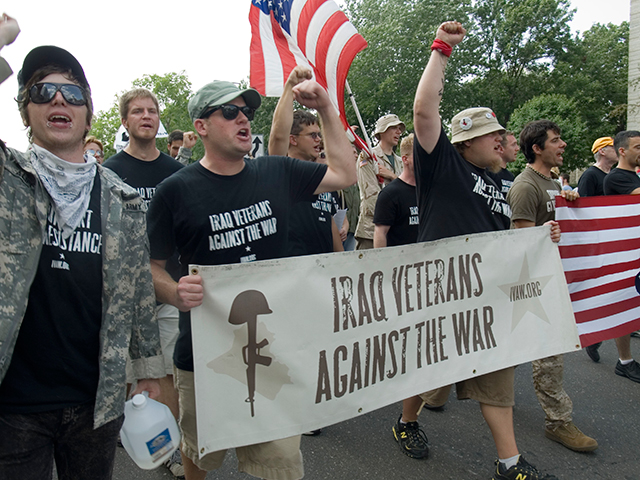 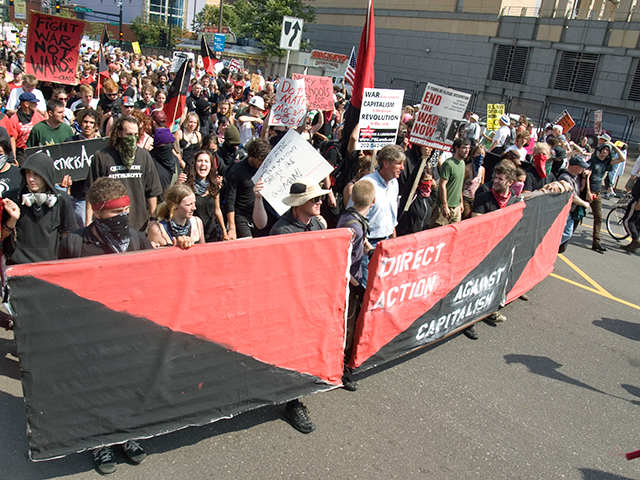 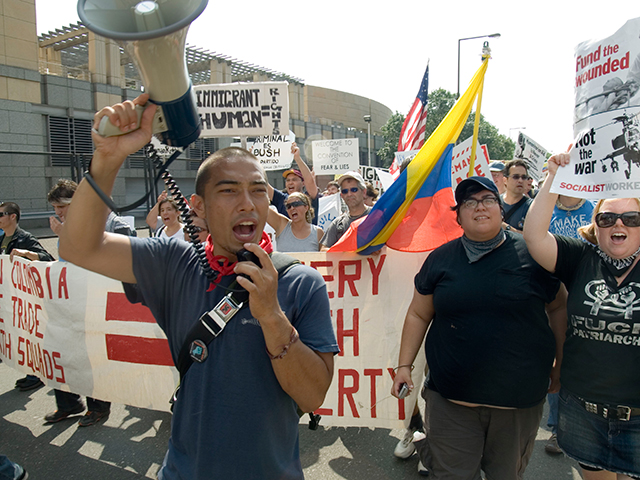 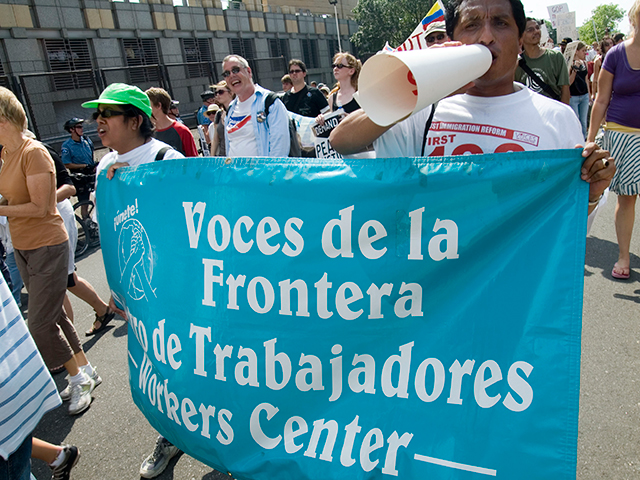 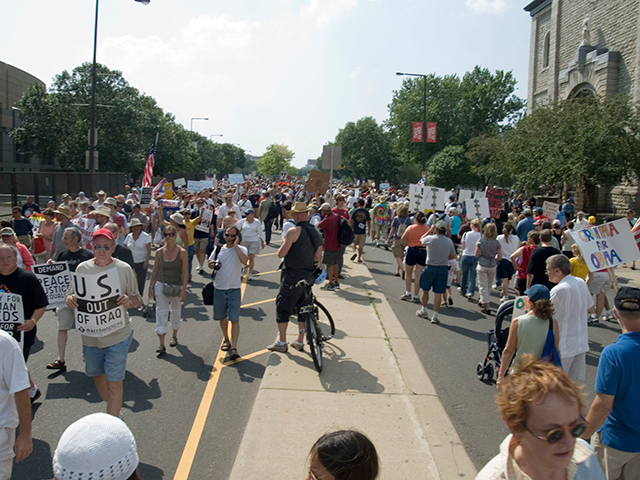 It seems strange that the march route included a U-turn.
§Build Bridges Not Bombs
by ~Bradley Tuesday Sep 2nd, 2008 9:04 AM 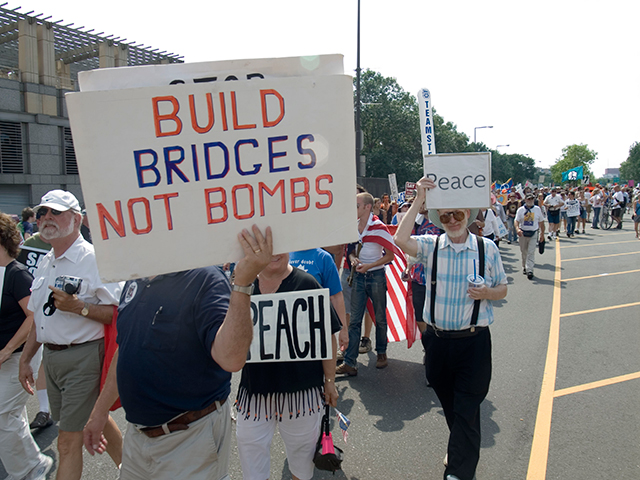 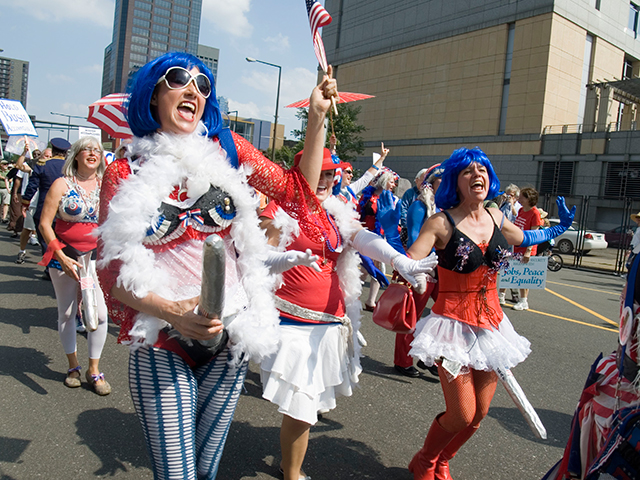 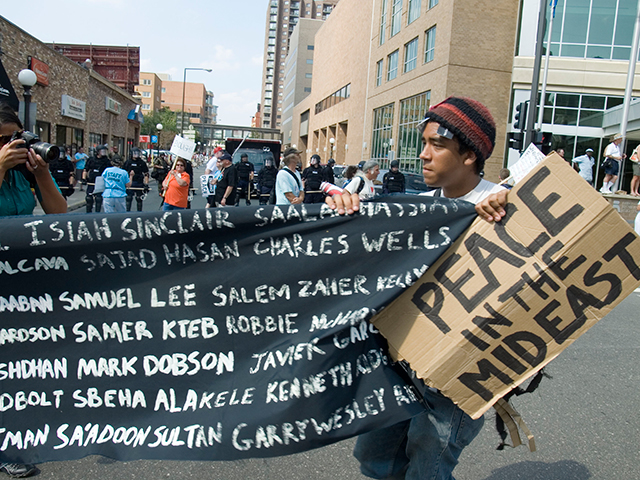 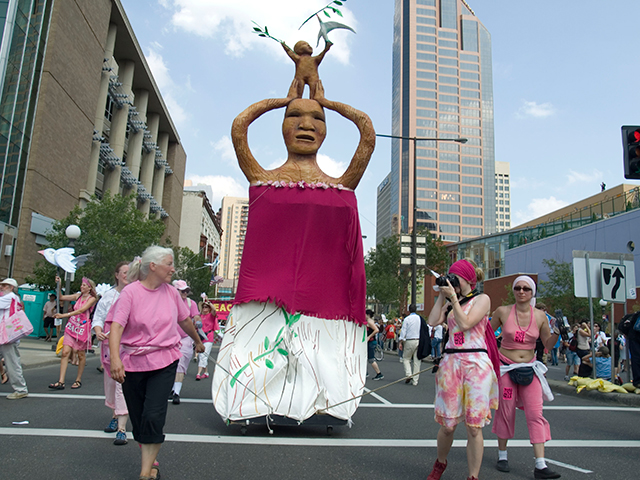 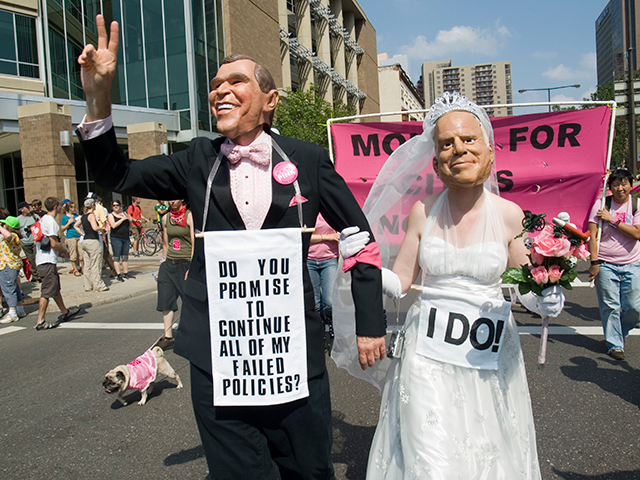 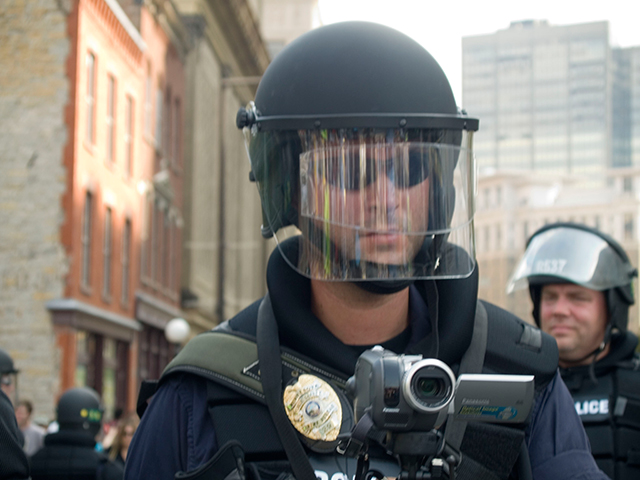 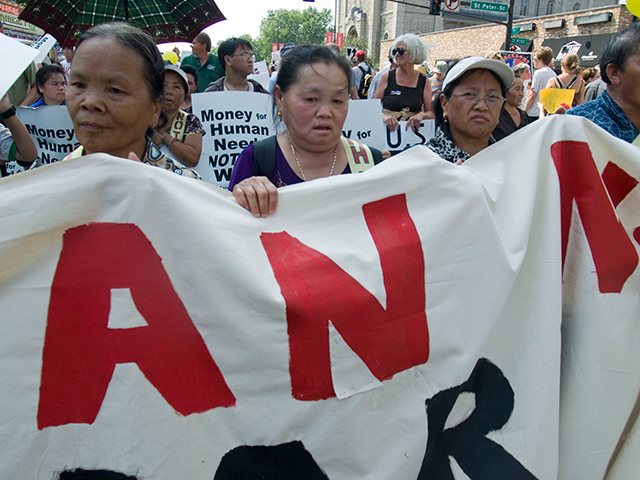 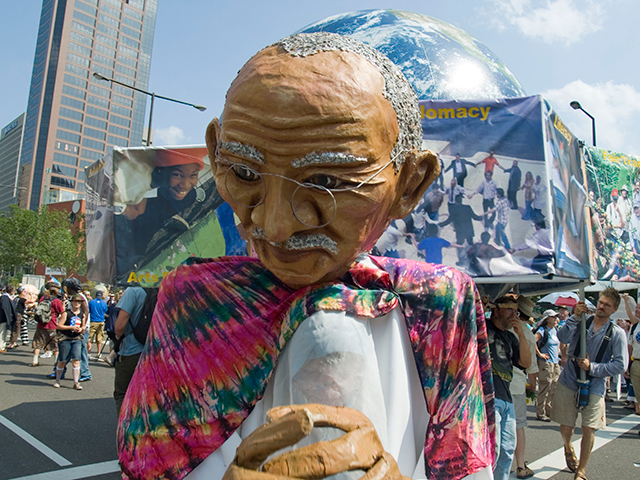 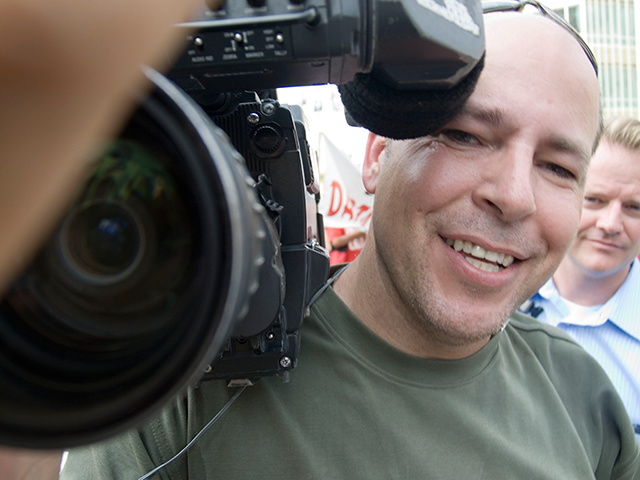 A young woman was suffering from heat exhaustion and had to sit down on a corner to recover. These two corporate media assholes, Chris O'Connell (right) and the obnoxious camera person from ABC Channel 5 (KSTP), spent at least ten minutes trying to capture video of the young woman, despite her request to not be filmed. Several people prevented the aggressive corporate media from filming her.
§No War
by ~Bradley Tuesday Sep 2nd, 2008 9:04 AM 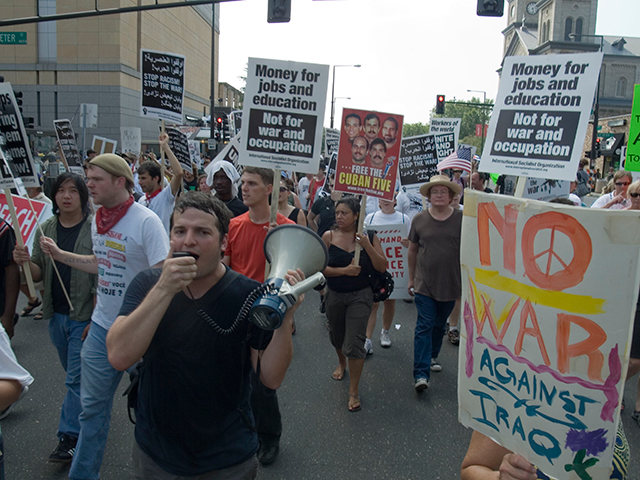 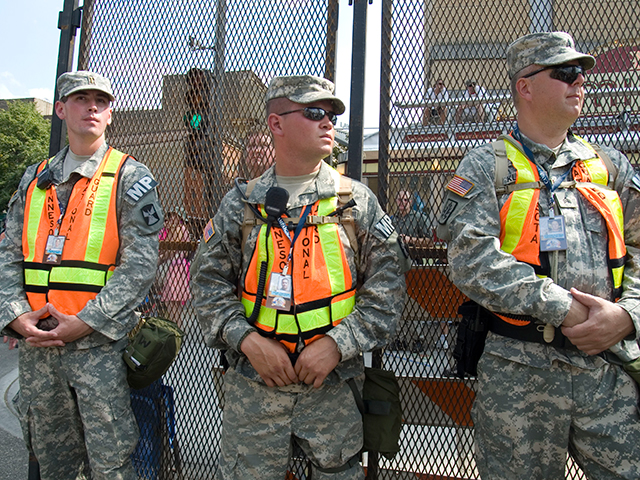 §Permitted Dissent in the Streets of St. Paul (part 2 of 2)
by ~Bradley Tuesday Sep 2nd, 2008 10:44 AM
Here is a link to 20 more photos, part 2 of 2:
http://www.indybay.org/newsitems/2008/09/02/18532072.php
Add Your Comments
LATEST COMMENTS ABOUT THIS ARTICLE
Listed below are the latest comments about this post.
These comments are submitted anonymously by website visitors.