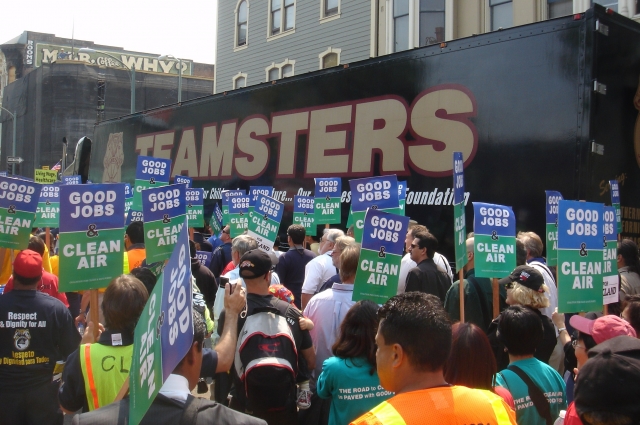 original image (2586x1719)
The Coalition for Clean & Safe ports is an unprecedented alliance between the teamsters, environmentalists, public health groups, community activists, and port truck drivers. These diverse organizations came together because they see the link between the economic conditions and the environmental crisis at our ports.

Bad Jobs: Every day nearly 90,000 truck drivers haul containers full of goods that people buy at Wal-Mart, Target and other big retailers from the country's busiest ports. These workers keep our world's economy moving, yet they struggle to put food on the table, despite working 12-14 hours a day. After clearing expenses, many drivers make as little as $8 an hour without any benefits.

Dirty Air: Pollution from old diesel trucks has plagued local communities with soaring asthma and cancer rates. As a result, 2,400 people die prematurely in California each year. One in five West Oakland children has asthma. Due to diesel pollution, West Oaklander's risk of cancer is more than double that of other bay Area residents.

PORT DRIVERS ARE UNITING TO OVERCOME THE OBSTACLES
For years truck drivers have fought to overcome sweatshop working conditions. Drivers are misclassified as "independent contractors" and employers skirt basic employer obligations sticking underpaid drivers with all the costs of owning and operating the trucks including fuel and maintenance. After three decades of struggle, drivers and their allies won a major victory when the Los Angeles Port adopted new labor and environmental standards to require the industry to take responsability for the workforce and the new green trucks.
Known as the Clean Trucks Program, the LA Harbor Commission has adopted a plan to reduce harmful diesel pollution by 80 percent over the next five years and give port drivers the right to form a union. now that they will be rightfully recognized as employees and can drive clean new trucks, LA port drivers are uniting to build a strong union to win middle-class paychecks and healthcare.

CLEAN AIR & GOOD JOBS ARE WITHIN REACH, BUT A FIGHT LOOMS
The Oakland Port Commission is currently developing a Comprehensive Truck Management Plan, and is expected to vote on it in the coming months. As we march today, Oakland port drivers are fighting for clean air, good jobs, dignity, respect, and the same right to form a union that LA truck drivers have won. And it doesn't stop there. In Seattle, Miami, New York and New Jersey truck drivers have joined with community allies to put port trucking on the forefront of the green economy revolution and ensure that port drivers have good, middle-class jobs. Thank you for joining the effort, and getting informed. 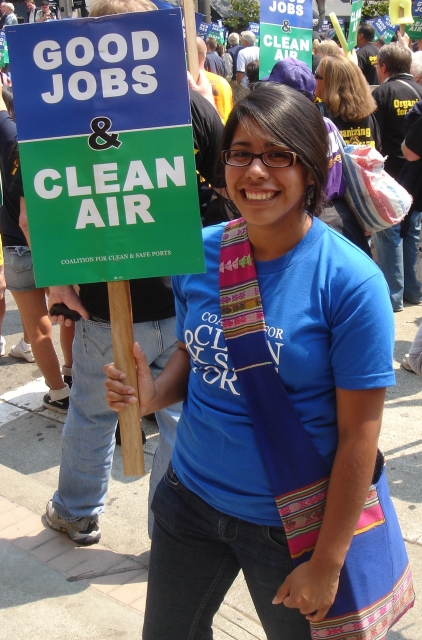 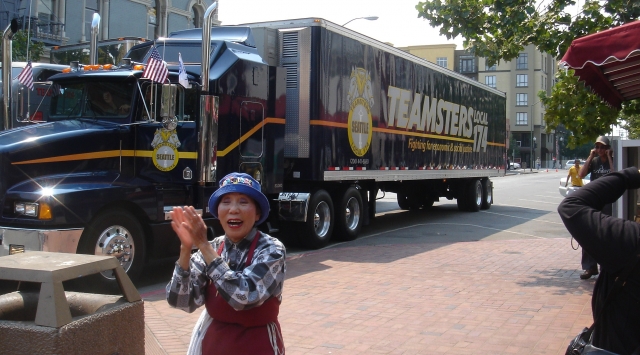 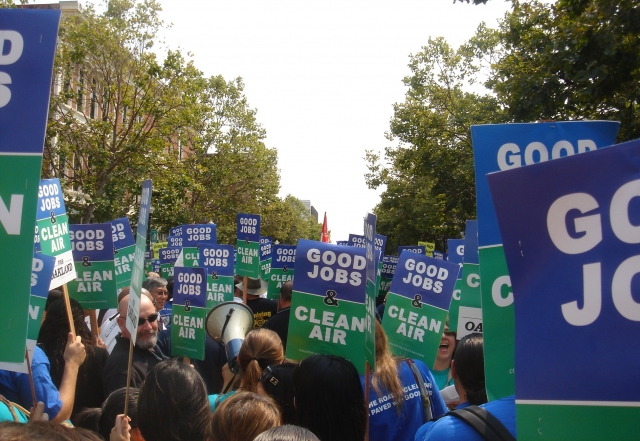 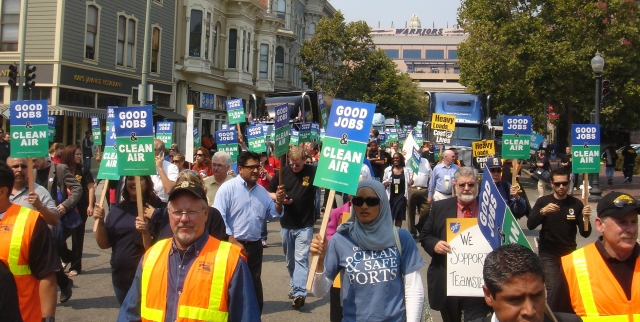 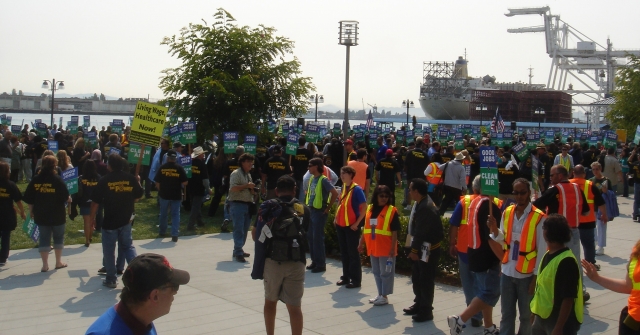 original image (2586x1210)
And yet another example of Villaraigosa's lies after lies was during this march. He specifically said that he was going to be curt during his speech, and that he might be old school, but he was 'going to let his walking do the talking today, and march with us.' Pues again, HE LIED! I didn't see him take a step with the people towards the Oakland Port. At the end, it was obvious he did not march with us because he was not at the VIP Backstage next to the speakers. And more noticable to all when Martha Cota from Long Beach gave an amazing speech and wanted to acknowledge and praise Mayor Antonio Villaraigosa for his work in LA, and he was no where to be found! I mean, a politician is a politician, and he could have just spoke at the rally and handle the other business that was more important than marching with us for Good Jobs and Clean Air, BUT not announce that he was going to march with us and let the walking do the talking, which got a real loud cheer from the crowd, but unfortunetly never happened. Don't switch teams, don't become a politician, stay grassroots and with the people! That's how we are going to see positive change in our communities.
§Martha Cota from Long Beach delivers an inspirational speech.
by radio trabajadora, every Tue 6-8 pm 101.1 FM Wednesday Jul 23rd, 2008 4:15 PM 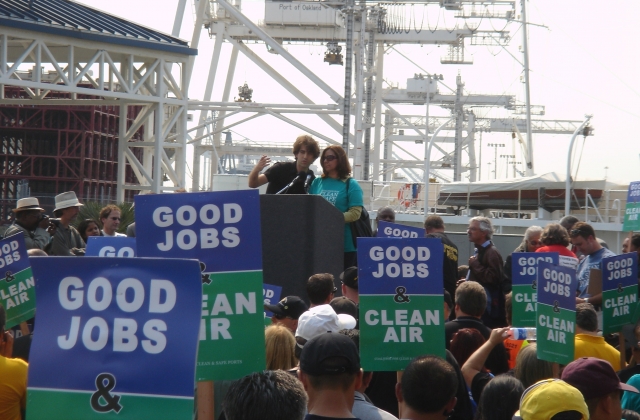 original image (2586x1698)
Sra. Cota from the Long Beach for Children with Asthma and the Clean Safe Port Coalition comes from 6 hours away to share her story with us and tell us that it is not fair for a family or an individual to live and only breathe better air with multiple medications.
§Margaret Gordon with Youth from Oakland
by radio trabajadora, every Tue 6-8 pm 101.1 FM Wednesday Jul 23rd, 2008 4:15 PM 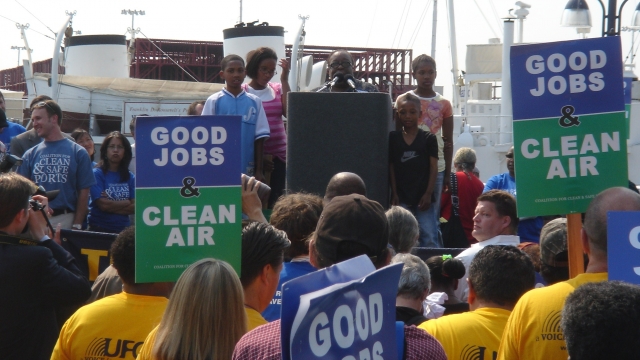 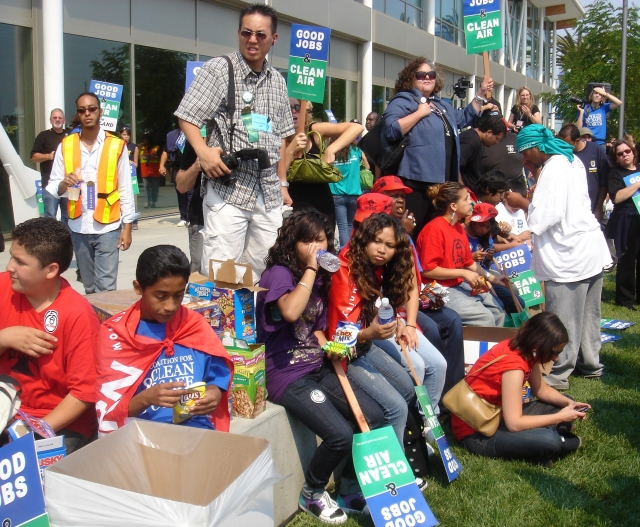 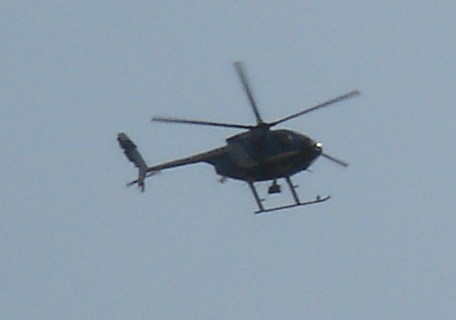 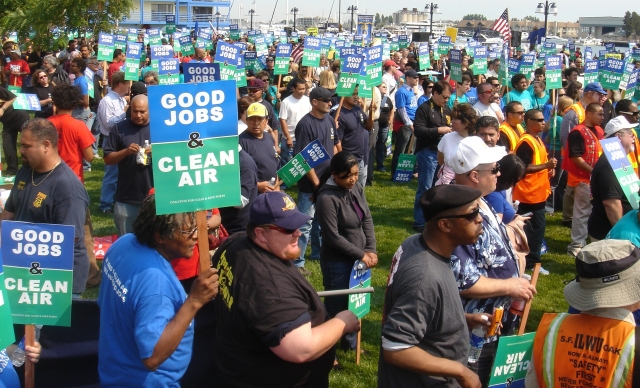 original image (2592x1574)
This picture shows the true power that the Teamsters showed today for Good Jobs, Clean Air! and in solidarity were many other organizations and unions. Big ups for the Clean Safe Port Coalition for a tremendous success and step forward in their campaign! Hasta La Victoria Siempre!
Add Your Comments
LATEST COMMENTS ABOUT THIS ARTICLE
Listed below are the latest comments about this post.
These comments are submitted anonymously by website visitors.