Add an Event
Newswire
Calendar
Features
Home
Donate
From the Open-Publishing Calendar
From the Open-Publishing Newswire
Indybay Feature
Publish to Newswire
Add an Event
Related Categories: International | Global Justice & Anti-Capitalism
Scientology Cult Fraudulently Claims "Medal of Valor" from New York Fire Department
by Dr. Lilly von Marcab
Saturday Jul 19th, 2008 12:00 AM
The Scientology cult loudly boasts that after 9/11, its "Volunteer Ministers" were awarded the Fire Department of New York's highest honor, the "Medal of Valor." This is not only a lie, but an insult to the memory all the brave firefighters who died in the line of duty and were awarded this Medal posthumously. Dozens of Scientology web site and blogs brazenly make this claim, in a continuing effort to legitimize their cult. 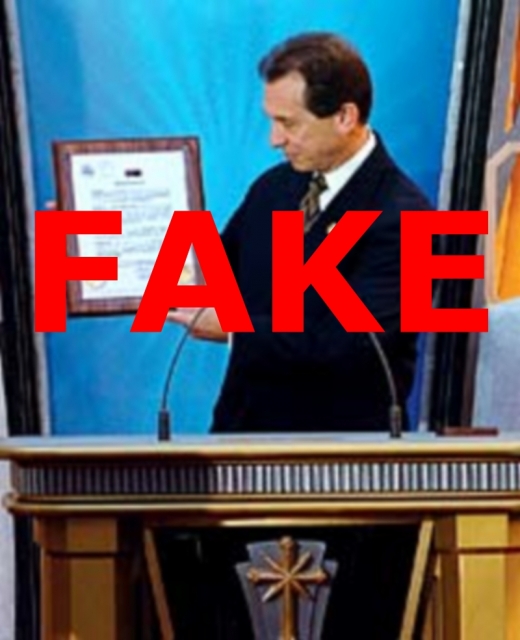 original image (800x984)
Scientology's "Volunteer Ministers," or more accurately, "Vulture Ministers," are a special corps of opportunists who, presenting themselves as mental health counselors, flock to the scene of major tragedies, natural disasters, school shootings, etc., in order to prevent and obstruct legitimate mental health professionals from reaching victims and others who may have been affected. (See recent article here: http://www.indybay.org/newsitems/2008/06/26/18511436.php). In the days after September 11, Vulture Ministers were ordered to converge on the ruins of the World Trade Center not only to "block the psychs," but to administer "touch assists," a rather creepy, inappropriate and completely useless sort of light massage, accompanied by Scientology jargon.

In the weeks that followed, when concerns were raised about the effect on rescue workers of Ground Zero's toxic air quality, the Vulture Ministers steered them to a Scientology-owned business franchise called Narconon. This company uses a variety of simplistic and ineffective approaches to "detoxify" people, mostly drug addicts, with the goal of making them into Scientologists. The Vulture Ministers and Narconon took this opportunity to recruit rescue workers into the cult by offering them free treatments at Narconon facilities. According to the New York times, more than 140 fire-fighters took them up on this.

Three years later in 2004, on the occasion of the Scientology cult opening a new headquarters in New York City, a Scientologist named Stephan Hittman made the following "proclamation":

+ + +
"In recognition of the humanitarian efforts of the Volunteer Ministers of the Church of Scientology, and the help they provided to members of the Fire Department of the City of New York, in keeping with the principles developed by L. Ron Hubbard; and
"WHEREAS: FDNY and the 911 PROGRAM recognize this unwavering commitment to firefighters, to paramedics, to other rescue workers, in keeping with our proudest traditions; and be it known,
"THEREFORE: That FDNY and the 911 PROGRAM officially recognize this dedicated service to the citizens of the City of New York, and hereby bestow upon L. Ron Hubbard and the Volunteer Ministers of the Church of Scientology, the FDNY and the 911 PROGRAM's Medal of Valor and 9–11 Service Award — on the occasion of the Grand Opening of the New York Church of Scientology."
+ + +

Not only is it preposterous that the Vulture Ministers would be honored in this way, and not the many agencies and organizations that actually helped people, but Hittman was not authorized to make such an award, or even any award, on behalf of the Fire Department of New York. He had a little administrative job. Hittman claimed to be an "Honorary Commissioner" of the Fire Department. This was a lie.

Who is Stephan Hittman? He is a guy who grew up in Brooklyn, went to college and became the manager of the Division of Special Education for the New York City Board of Education. He had that job for a long time. Evidence shows that he worked in that office from at least as early as 1984 until 1998, and possibly later. At some point between 1998 and 2001 he took a job with the New York Fire Department, managing the Department's program for distance learning, which helps firefighters to take online courses with various colleges across the country. This educational division is called the "Office of Fire and Life Safety," which sound rather more exciting than it actually is. Hittman would work out arrangements with these colleges so that the firemen could take courses that were relevant to their professional interests. It was a nice, safe, desk job, with very little adventure or heroics involved.

Then came 9/11. It has been suggested that Hittman was instrumental in arranging the Narconon sessions for the rescue workers. It is not clear at this point what happened after that, but evidence suggests that Hittman was asked to resign from his position. It seems that he may have been giving speeches and presentations on the pretext that he was an emergency services expert and a true hero of the Fire Department. Here is an account from New York's Uniformed Fire Officers Association (UFOA):

+ + +
"After the events of 09/11/01, this former civilian employee of the Fire Department has masqueraded in the uniform of the FDNY. He was so bold as to wear the insignia of the Chief of Department and numerous decorations for valor. Conduct of this nature is absolutely offensive to the members of the FDNY and cannot be tolerated. During several speaking engagements in which he participated, he characterized his career in the FDNY as being a leader who helped rebuild the FDNY after 09/11/01. The facts could not be further from the truth. When we learned of his activities, the UFOA was able to provide information to a company that was in the process of hiring him for a management position and others contracting with him for future lectures. Needless to say, job offers and his ability to lecture have stopped. This past week there have been several newspaper articles that criticized his fund raising and the use of the FDNY uniform. The Department has also notified DOI and provided documentation regarding Mr. Hittman's activities."
+ + +

Indeed, Hittman had been running around the USA giving speeches, and collecting money for the non-existent "9/11 Foundation," of which he claimed to be the CEO. After the UFOA blew the whistle on him and his speaking gigs started drying up, Hittman took his act to Latin America, where he gave talks and collected donations from audiences in Argentina, the Dominican Republic, Peru, and other countries, until the director of Peru's firefighter training organization started spreading the word that Hittman had no idea what he was talking about and that he was a fraud. Hittman's present activities are not known, but he is almost certainly somewhere in the New York City metropolitan area, possibly even at the Scientology offices he helped to dedicate.

But Hittman's masquerade party is not the only reason that the Medal of Valor could not possibly have been given to Scientology's Vulture Ministers. According to the Fire Department,

+ + +
The Fire Department Medal of Valor was first issued by the FDNY in 1911 and is engraved with the City seal. Shortly after World War II, the Department began issuing this medal to the next of kin of members who had died in the line-of-duty. Since 1960, the medal has been awarded posthumously and exclusively for line of duty death.
+ + +

The medal has been awarded POSTHUMOUSLY and EXCLUSIVELY for line of duty death.

Not unless they are forced to do so. Someone should force them. 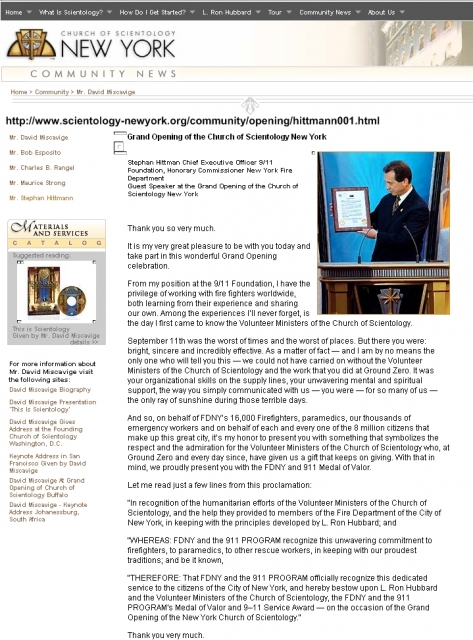 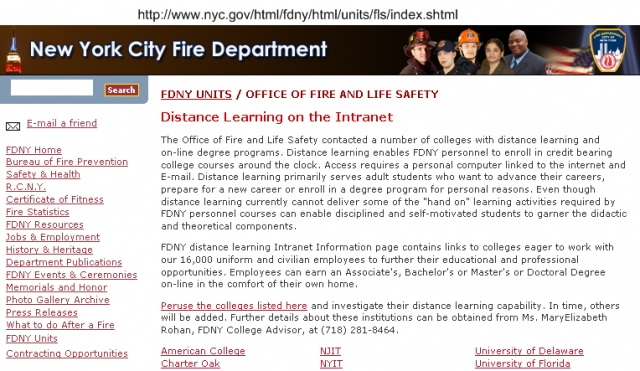 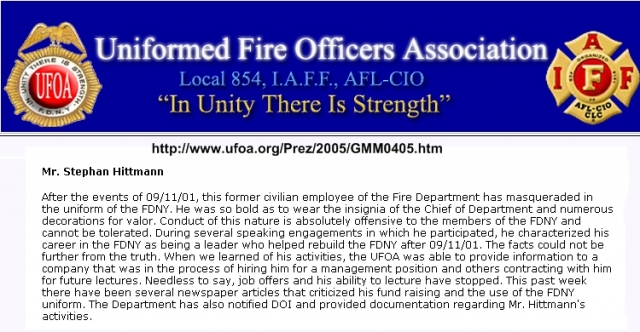 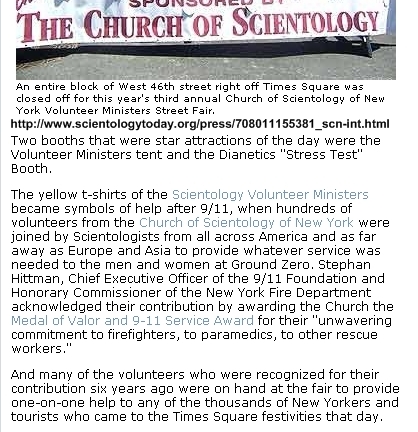 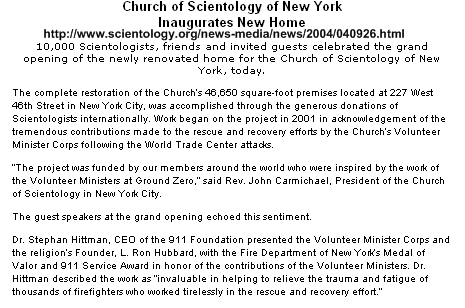 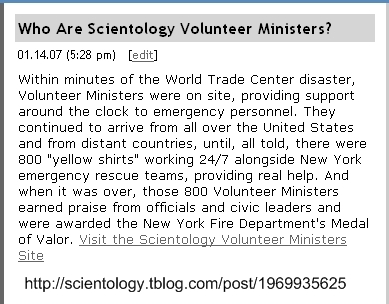 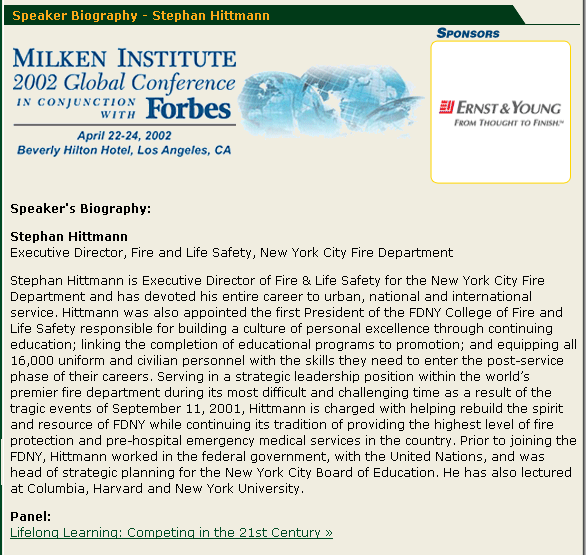 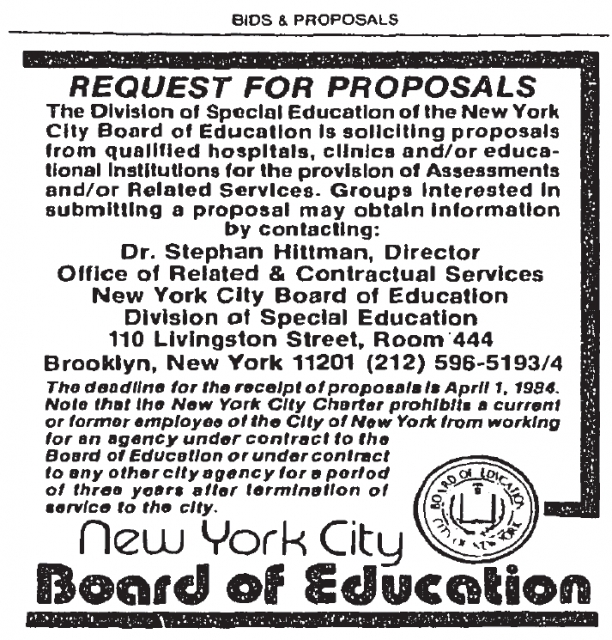 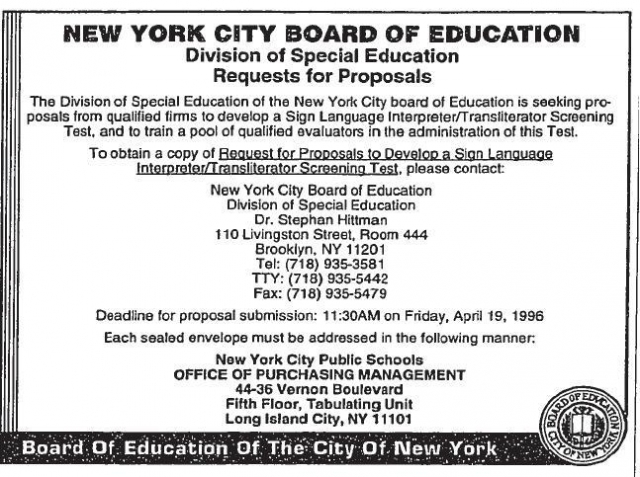 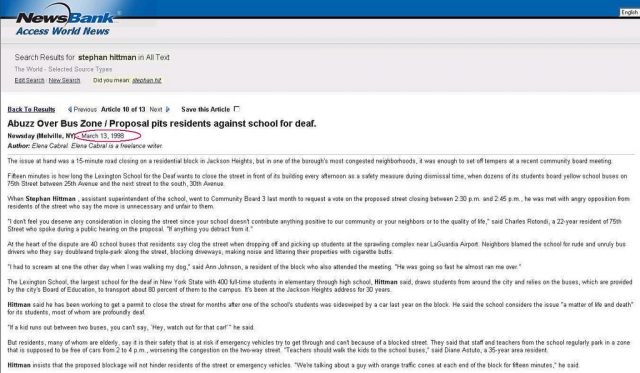 original image (1024x598)
http://www.enturbulation.org
Add Your Comments
LATEST COMMENTS ABOUT THIS ARTICLE
Listed below are the latest comments about this post.
These comments are submitted anonymously by website visitors.