Newswire
Calendar
Features
Home
Donate
From the Open-Publishing Calendar
From the Open-Publishing Newswire
Indybay Feature
Publish to Newswire
Add an Event
Related Categories: Santa Cruz Indymedia | Education & Student Activism | Labor & Workers
Students and Workers Block Road at UCSC to Protest Poverty Wages
by ~Bradley (bradley [at] riseup.net)
Friday Feb 29th, 2008 5:35 AM
On February 28th, UC Santa Cruz workers represented by the American Federation of State, County & Municipal Employees (AFSCME) Local 3299, and backed by students, demonstrated for justice, dignity and a fair working contract. The demonstration, aided by the sunshine, was organized by AFSCME and the Student and Worker Coalition for Justice. Over 350 people took part in the largest demonstration of the school year in support of UCSC's most underpaid workers. Instead of making demands outside the Chancellor's office, workers and students decided to get UCSC's attention by lining McLaughlin Drive and twice shutting down Hagar. Students and workers felt empowered by seeing how easily they can bring UCSC to a halt, especially when they have a lot of support from faculty and staff, as in 2005 when UCSC was shutdown for an entire day.

Workers are concerned that UC is replacing certain full-time career jobs with un-benefited per diem positions or hiring temporary workers, like registry or travelers, who have little experience working at UC. AFSCME Local 3299 Members believe that contracted jobs create a second class of workers at UC, usually with lower wages and benefits. AFSCME Local 3299 Members also believe that UC's use of sub-contracted, student, temp, registry workers hurts the ability of all UC workers to provide the best students services. In addition, AFSCME Local 3299 members feel that UC has been taking advantage of working students by hiring them to do the same work as AFSCME Local 3299 members but for less pay and benefits. 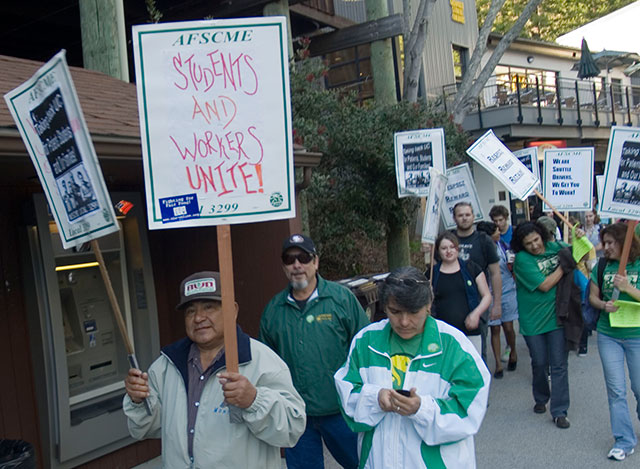 The contracts for over 20,000 essential healthcare and service workers represented by the American Federation of State, County and Municipal Employees Local 3299 have expired. The members of AFSCME Local 3299 are concerned with the ongoing direction of the University and how it is affecting their ability to provide the highest quality patient care and student services.

At UC's five medical centers, below-market wages, expensive benefits and the failure to implement a step system have created recruitment and retention problems, resulting in a less-experienced workforce, reliance on temporary workers and heavy workloads for essential patient care workers. Wages in many classifications are 25% to 30% below workers doing the same jobs at other leading hospitals in the state. On UC's campuses, low wages and unaffordable benefits have led to service cuts for students and faculty and have created a workforce that struggles to make ends meet for their families. 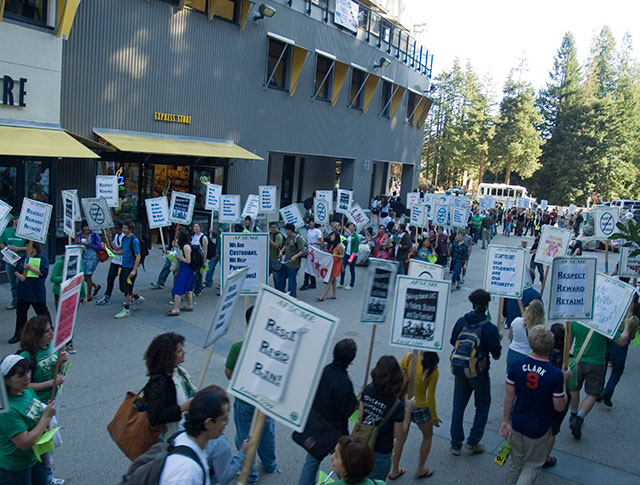 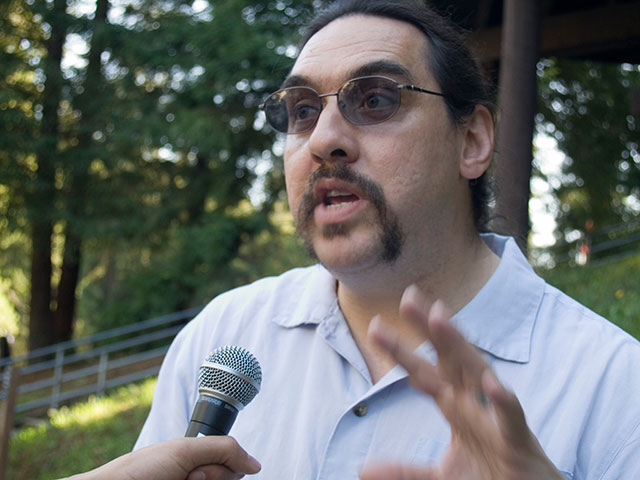 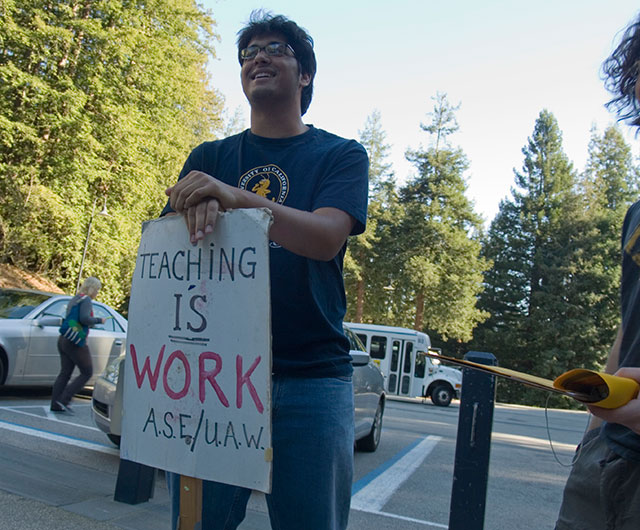 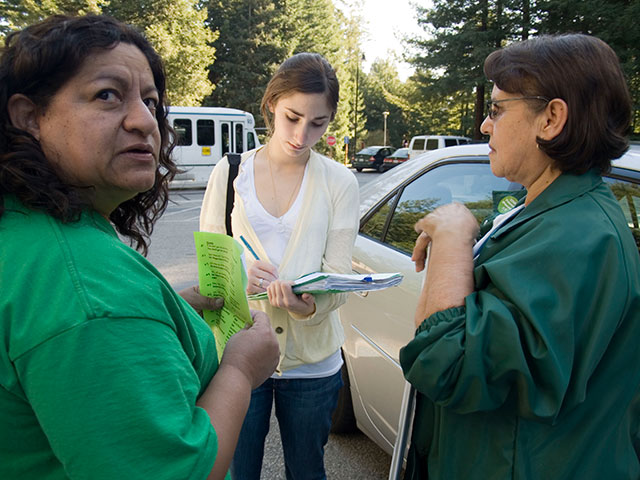 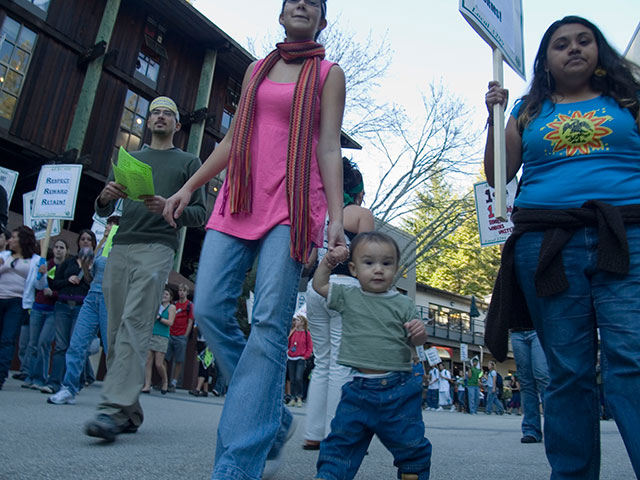 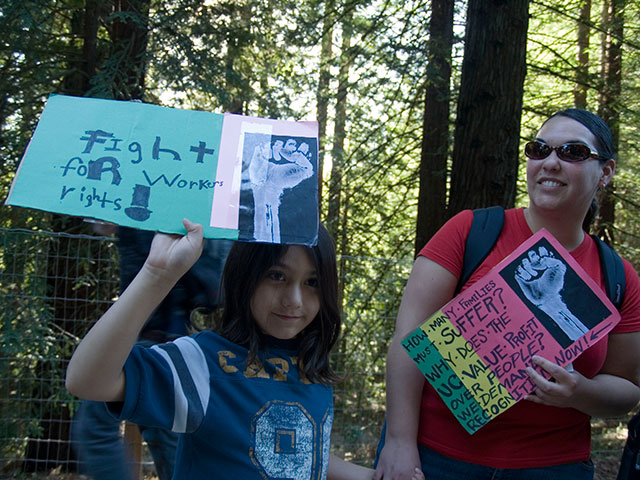 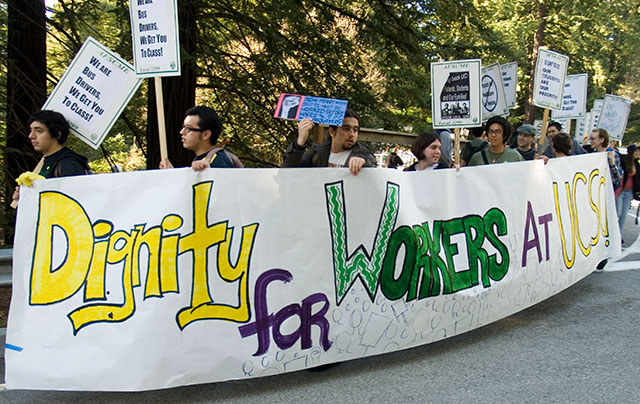 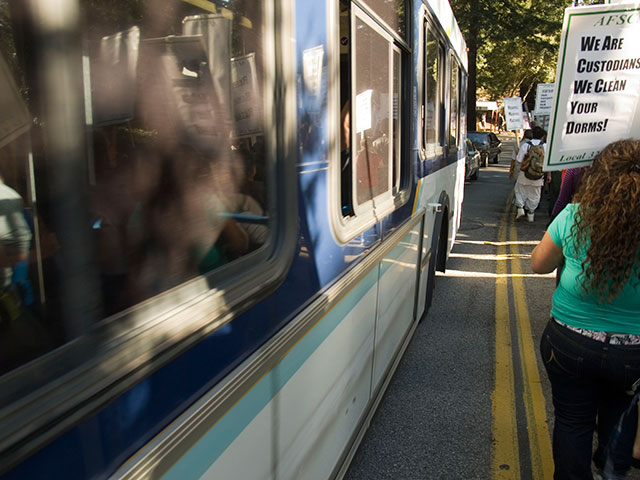 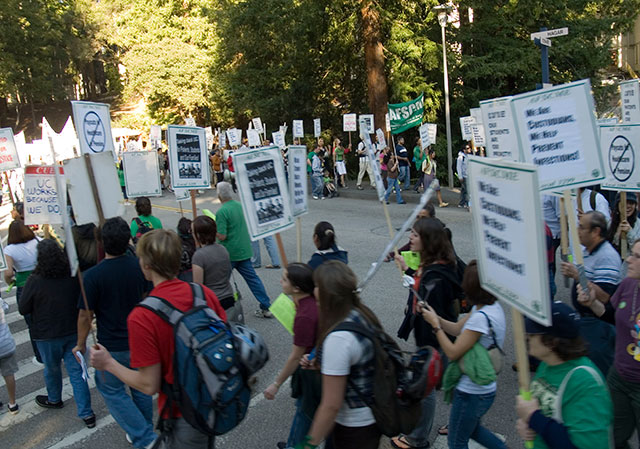 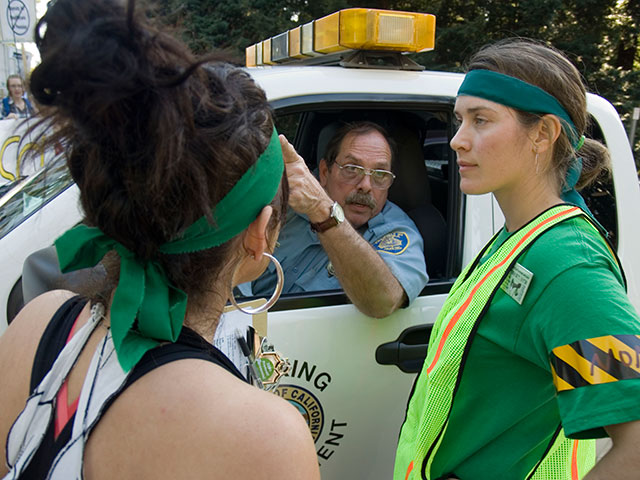 Negotiating with UC at the terms of the workers and students
§End Povery Wages!
by ~Bradley Friday Feb 29th, 2008 5:35 AM 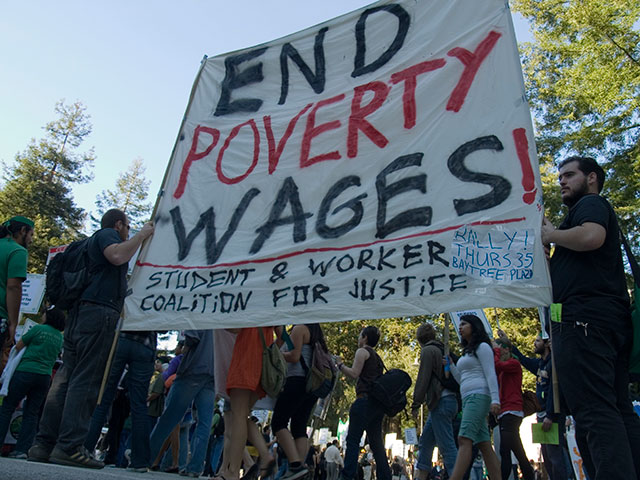 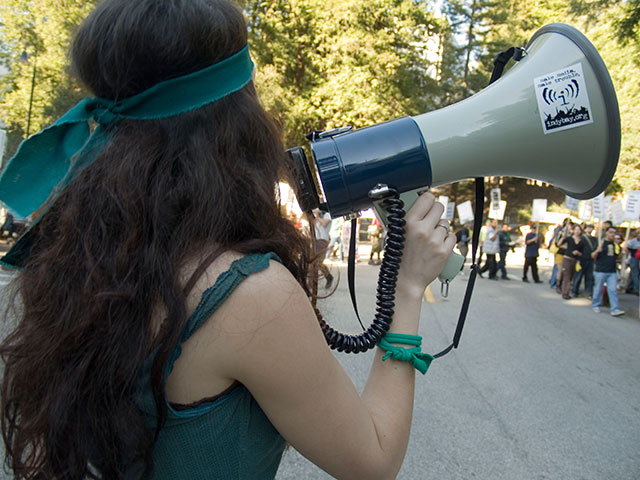 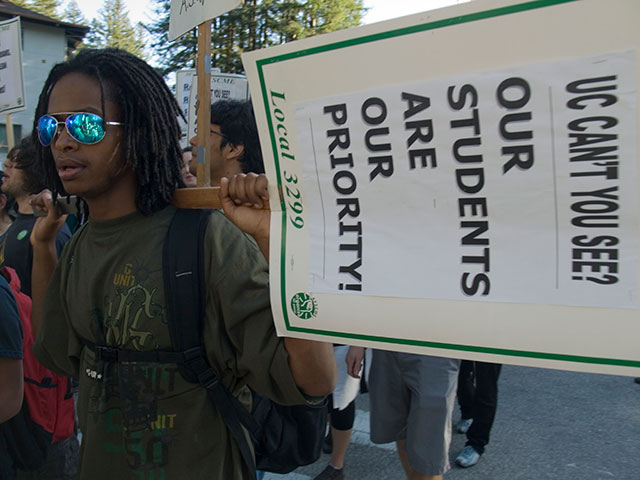 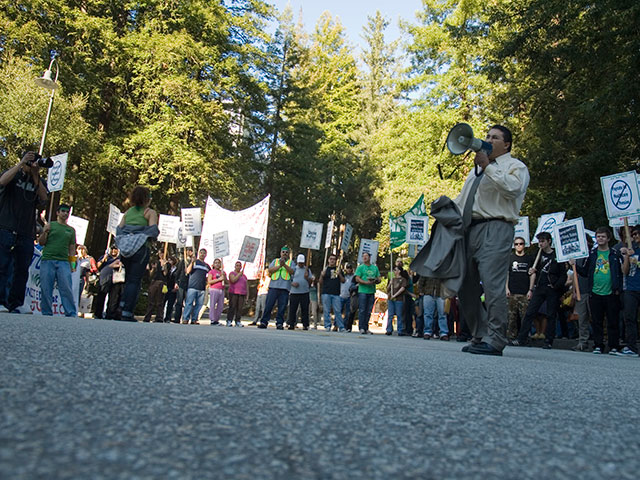 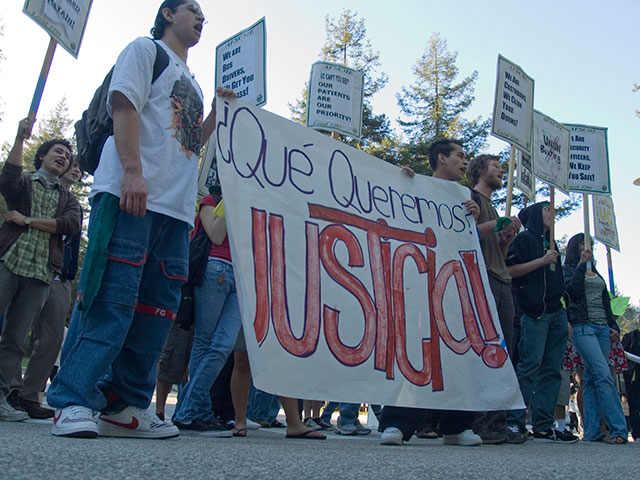 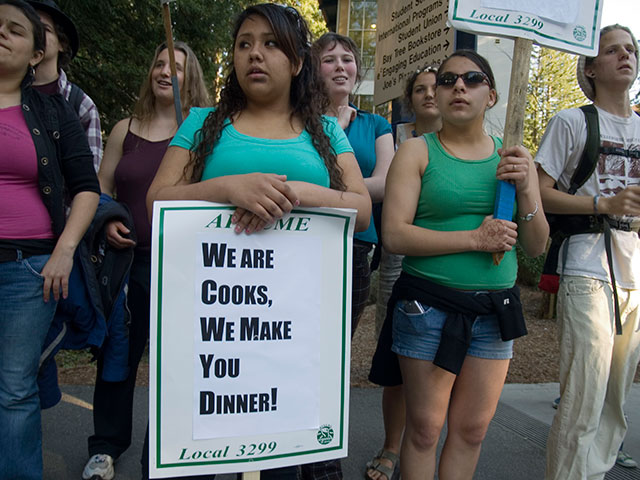 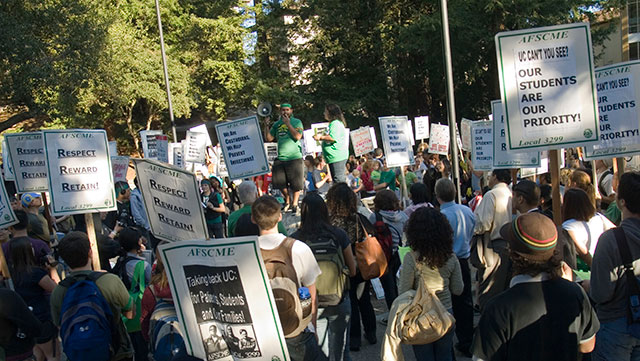 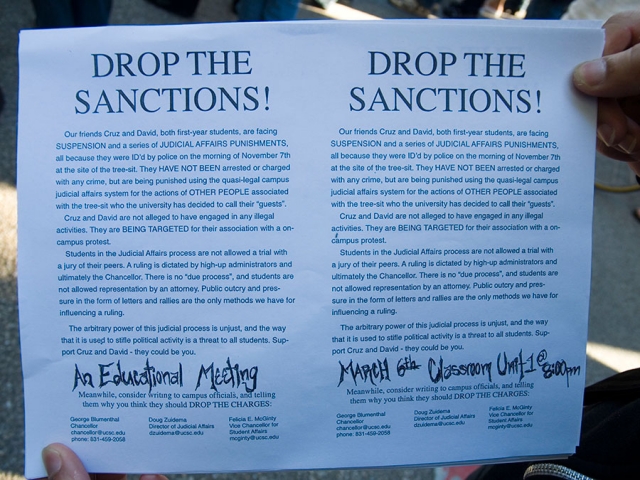 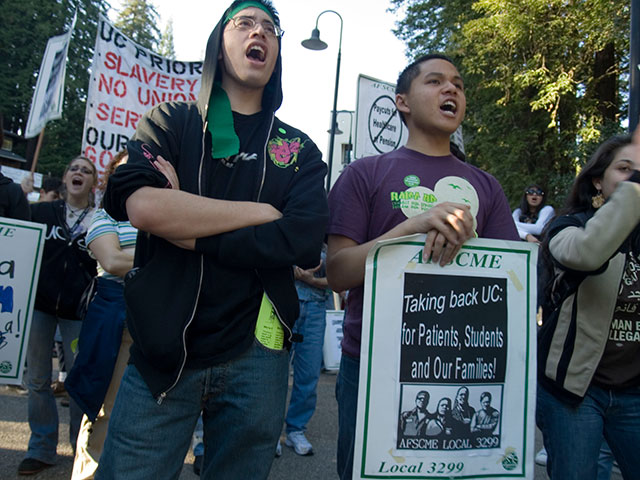 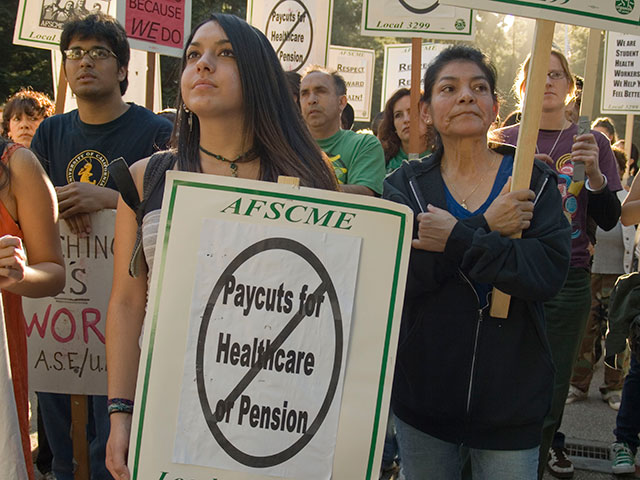 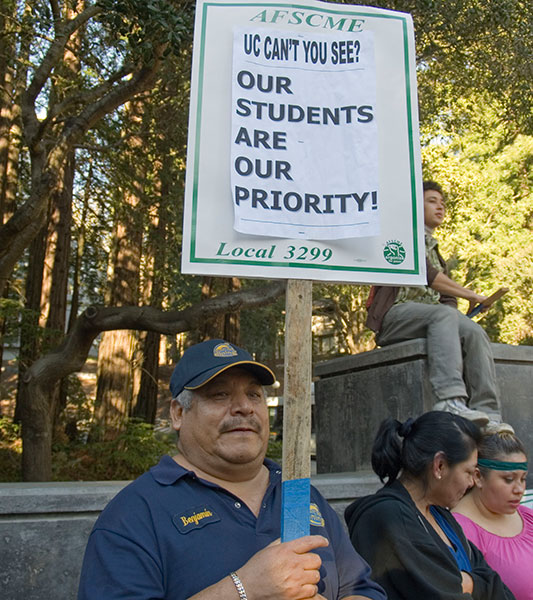 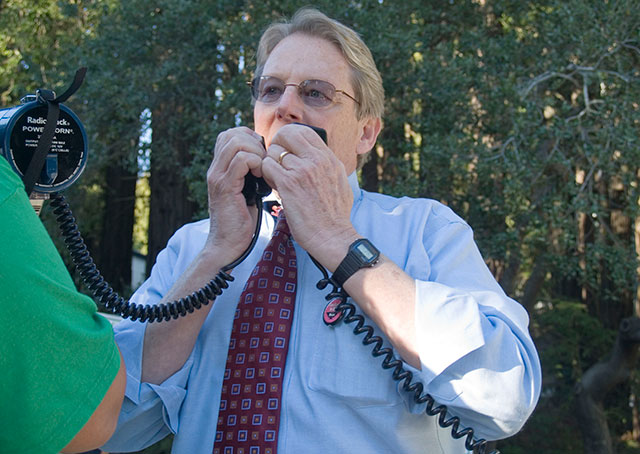 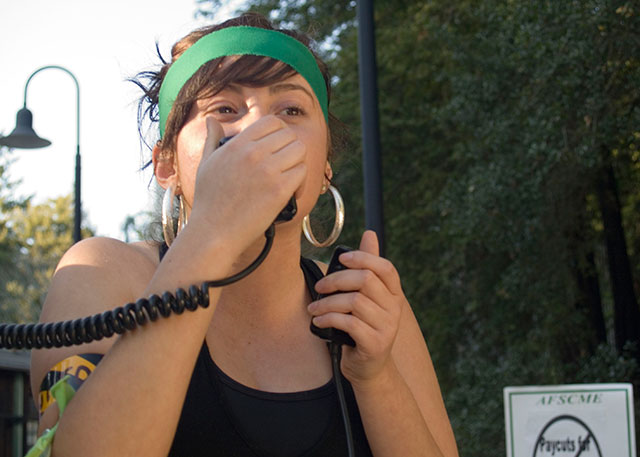 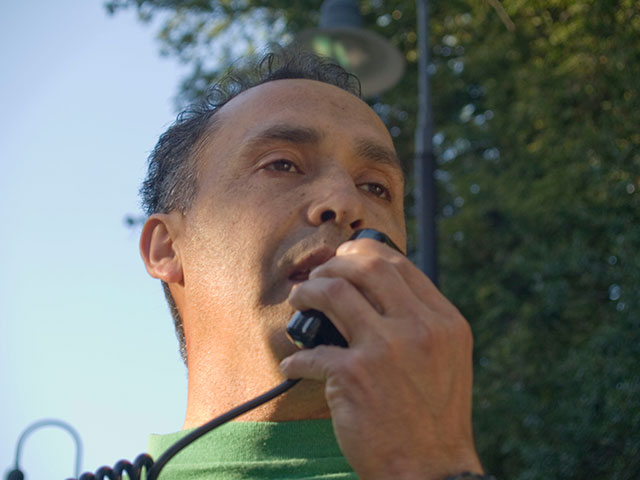 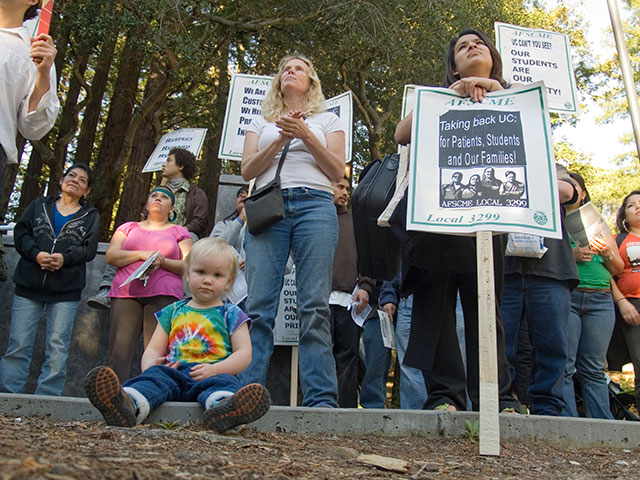 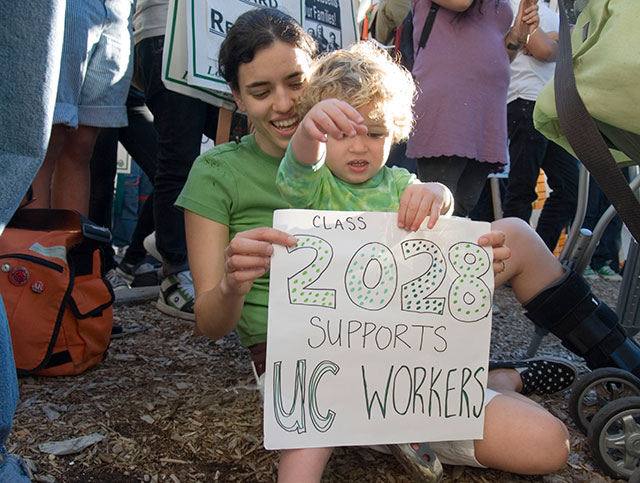 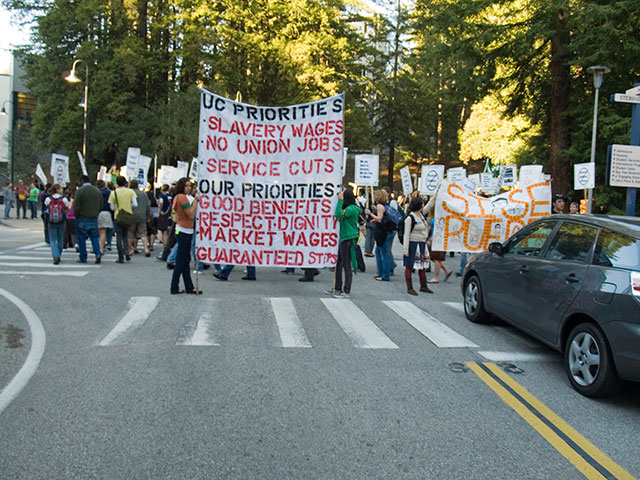 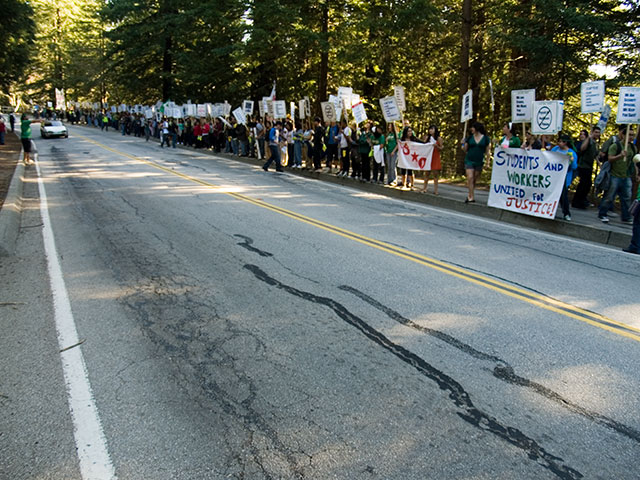 *The photos are in chronological order, except for this one.
Add Your Comments
LATEST COMMENTS ABOUT THIS ARTICLE
Listed below are the latest comments about this post.
These comments are submitted anonymously by website visitors.