The demonstration, began with a rally in the Baytree Plaza at UC Santa Cruz and was followed by a march to Kerr Hall, where the chancellor's office is located, to demand justice for UC's lowest wage workers. AFSCME Local 3299 and their allies are calling on Chancellor Blumenthal to take leadership within the UC to support UCSC workers and strengthen the broader Santa Cruz community by granting AFSCME members a fair contract with market rate standards and benefits protections. AFSCME organizers assert that, "outrageous executive compensation continues to be a top priority at UC while frontline workers struggle to make ends meet. 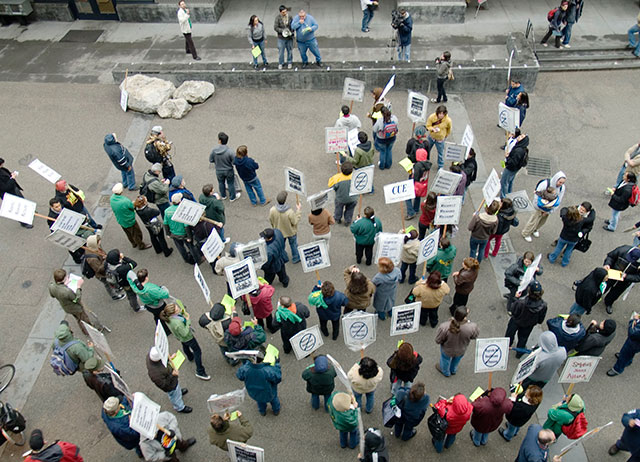 The UC New Year Resolution delivered to each of the five UC medical center CEOs and 10 Campus Chancellors outlines the actions that UC workers, their families, students and community leaders believe that UC must take to change course and fulfill their public mission. The New Year Resolution calls on UC to Be a Better Neighbor, Lose Weight, Have Less Stress, Spend More Time with Family and Friends, Get a Better Job, Get Out of Debt and Plan for the future.

A report released on January 15th entitled “Failing California’s Communities: How the University of California’s Low Wages Affect Surrounding Cities and Neighborhoods” found that as one of the state’s largest employers, the University of California (UC) could provide significant economic benefits to the communities where its lowest paid workers live by paying the same livable wages as community colleges and other hospitals in the state. If UC were to do so, the resulting economic benefits would include $147 million more spending on local goods and services and $23 million in greater profits for local businesses.

In addition, the report found that the 20,000 lowest paid workers at UC are concentrated in low- and moderate-income communities that are among those most in need of greater economic development and opportunity. The median family income in the communities where the most UC patient care and service workers live is 15% lower and the poverty rate is 50% higher than in the surrounding counties.

The contract for over 11,000 patient care workers represented by the American Federation of State, County and Municipal Employees Local 3299 expired on September 30, 2007. The contract for the 9,000 plus additional UC workers represented by AFSCME Local 3299 expired on January 31st, 2008. The members of Local 3299 are concerned with the ongoing direction of the UC and how it is affecting their ability to provide the highest quality patient care and student services.

At UC’s five medical centers, below-market wages, expensive benefits and the failure to implement a step system have created recruitment and retention problems, resulting in a less-experienced workforce, reliance on temporary workers and heavy workloads for essential patient care workers. Wages in many classifications are 30% - 50% below workers doing the same jobs at other leading hospitals in the state. On UC’s campuses, low wages and unaffordable benefits have led to service cuts for students and faculty and have created a workforce that struggles to make ends meet for their families. 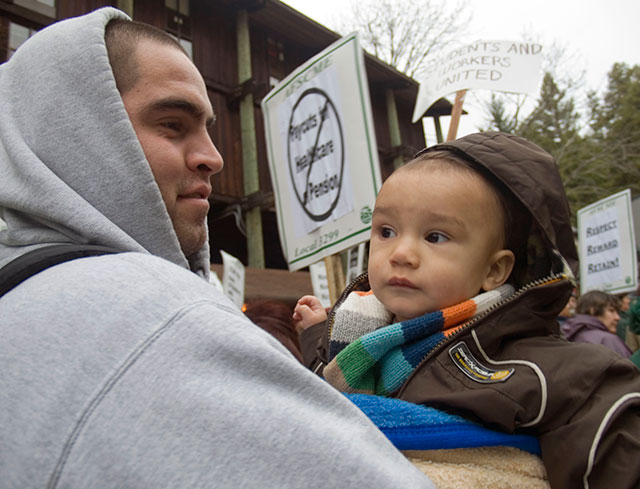 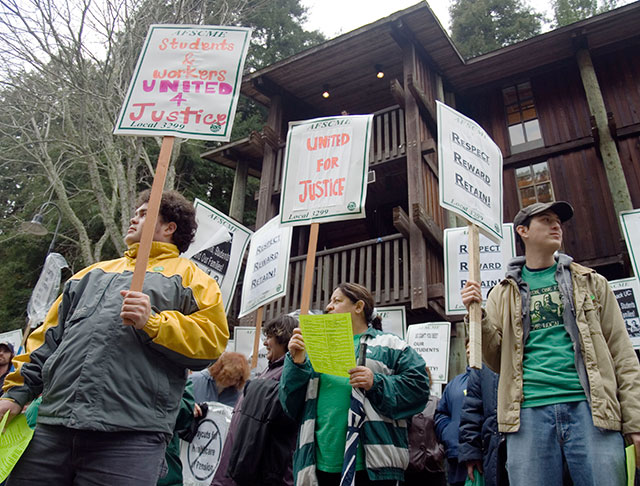 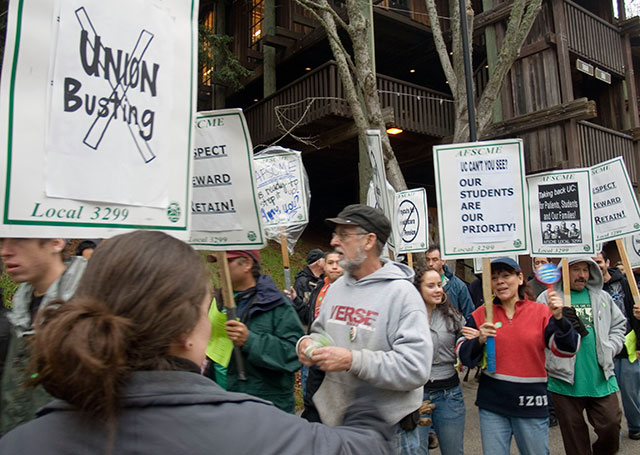 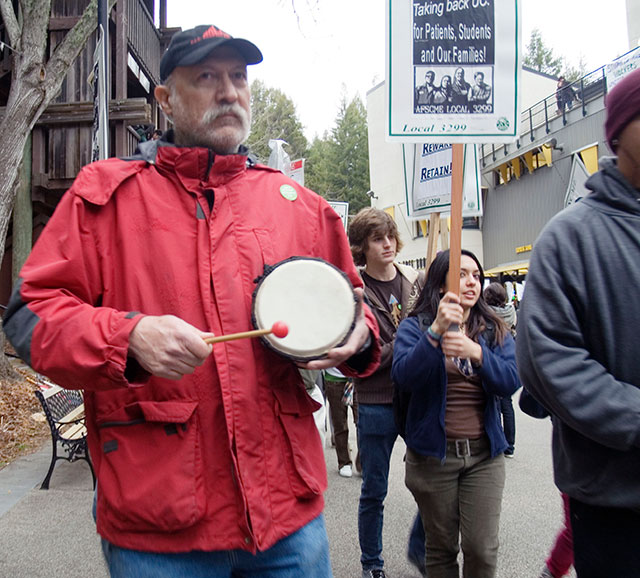 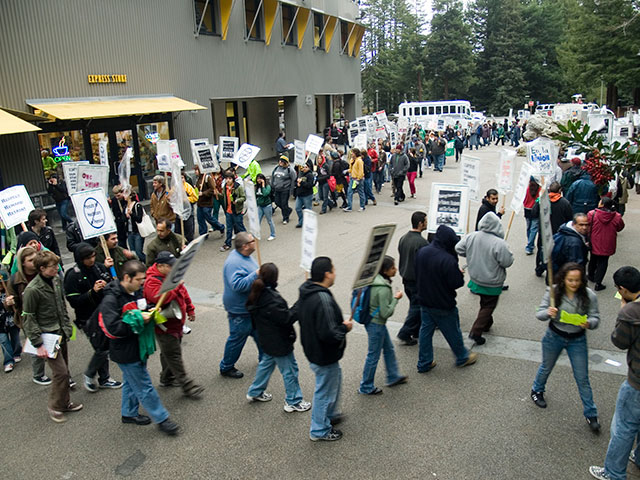 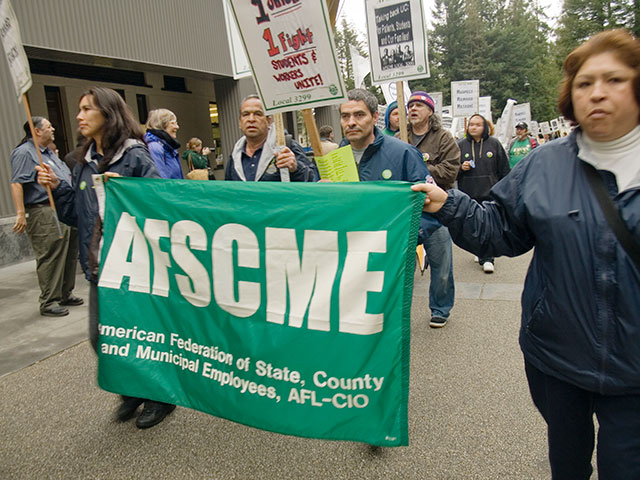 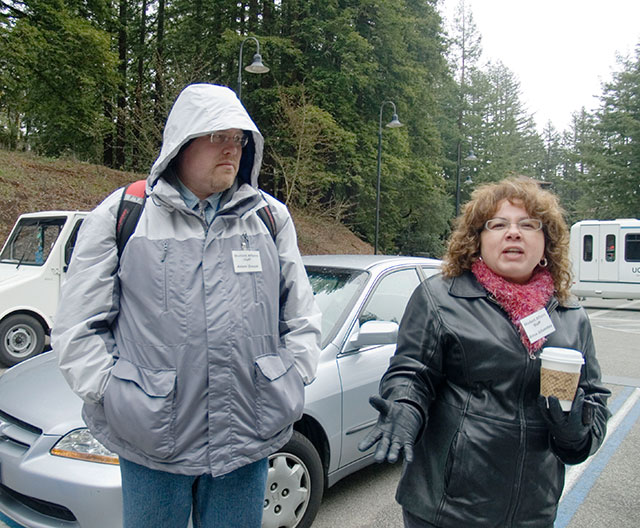 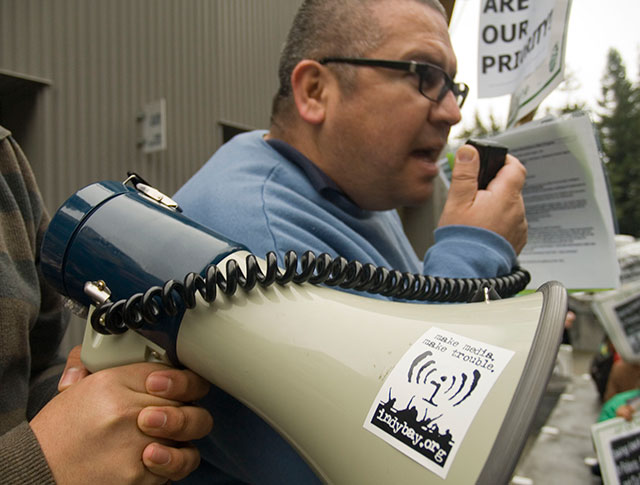 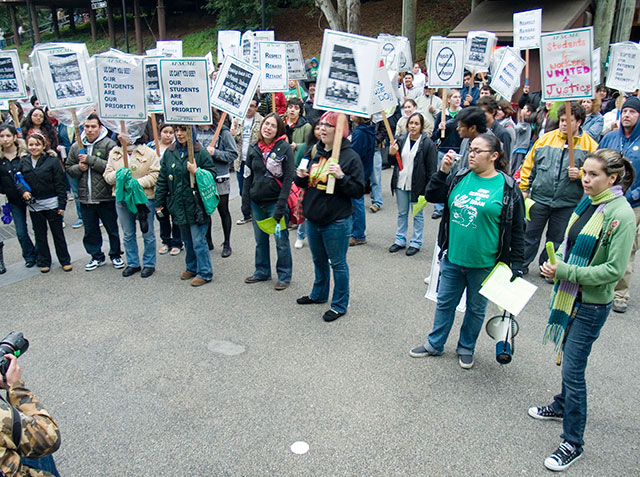 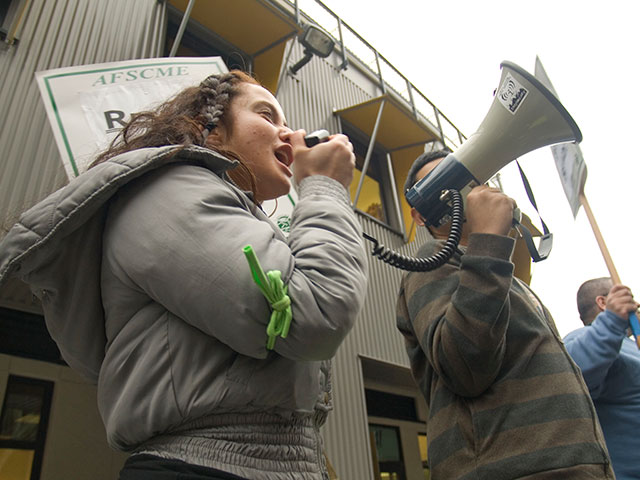 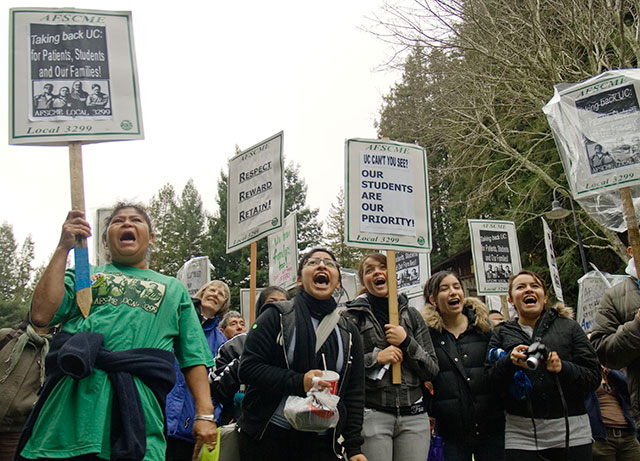 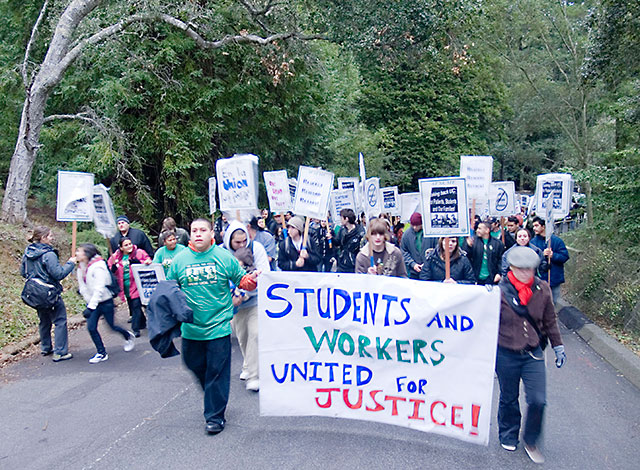 UCSC Workers Offer New Year Resolutions To Shape Up UC
http://www.indybay.org/newsitems/2008/02/02/18476643.php
Add Your Comments
LATEST COMMENTS ABOUT THIS ARTICLE
Listed below are the latest comments about this post.
These comments are submitted anonymously by website visitors.