Add an Event
Newswire
Calendar
Features
Home
Donate
From the Open-Publishing Calendar
From the Open-Publishing Newswire
Indybay Feature
Publish to Newswire
Add an Event
Related Categories: Palestine | International | San Francisco | Anti-War
Free Palestine!!! End the blockade on Gaza!!! Demolish the Israeli-apartheid wall!!!
by E.
Friday Jan 25th, 2008 9:05 PM
ANSWER Coalition called a demonstration in front of the Israeli Consulate in San Francisco to protest the blockade of Gaza by the so-called Israeli “defense force”. This collective punishment has led to the death of hundreds of Palestinians who are in need of food and medicine. 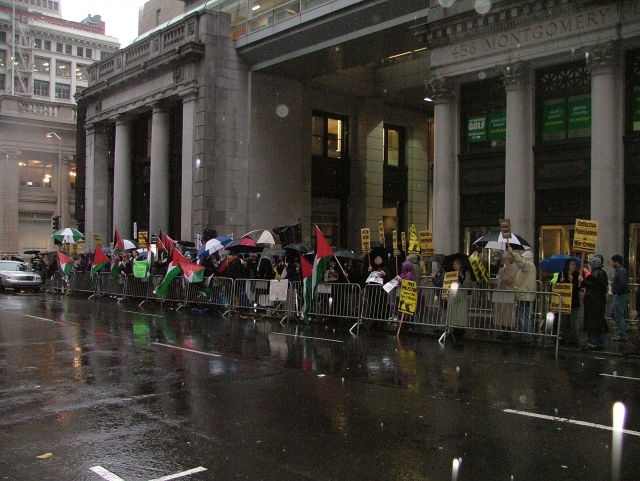 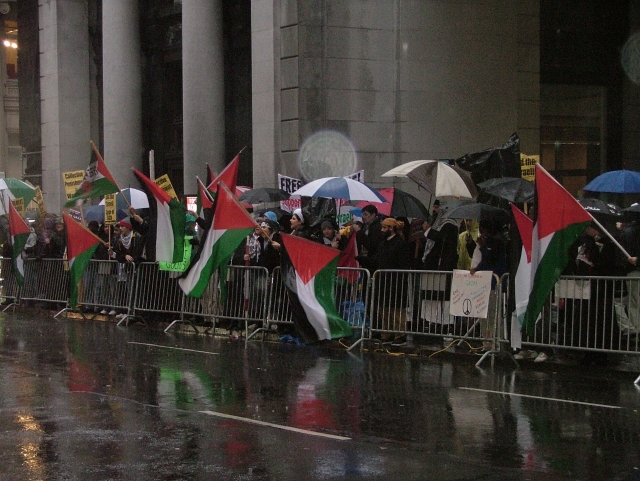 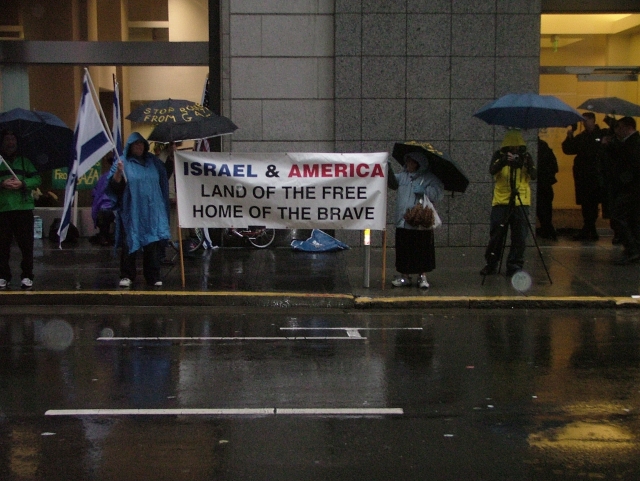 original image (2816x2120)
Zionist-racists were present, showing their pride in the long association of Israel and America (both “free”, and “democratic”). The Zionist-zombie on the right was taking photos the whole duration of the demonstration.
The apartheid-supporters were yelling some racist slogans against Islam and Muslims, accusing Arafat of corruption (unlike Sharon or Olmert), and justifying the starvation and blockade of medicine to one and half million Palestinians. 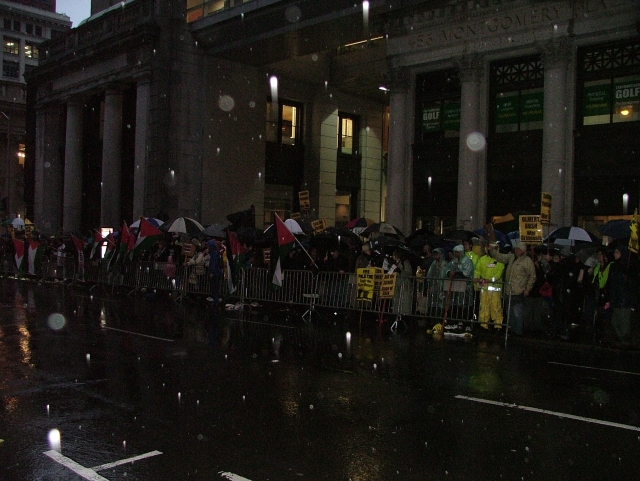 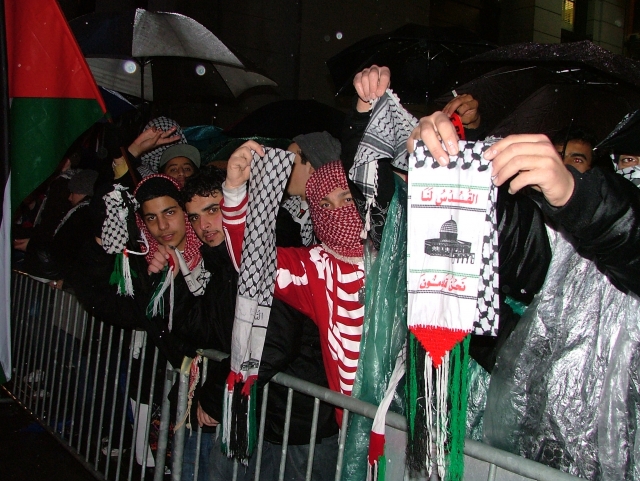 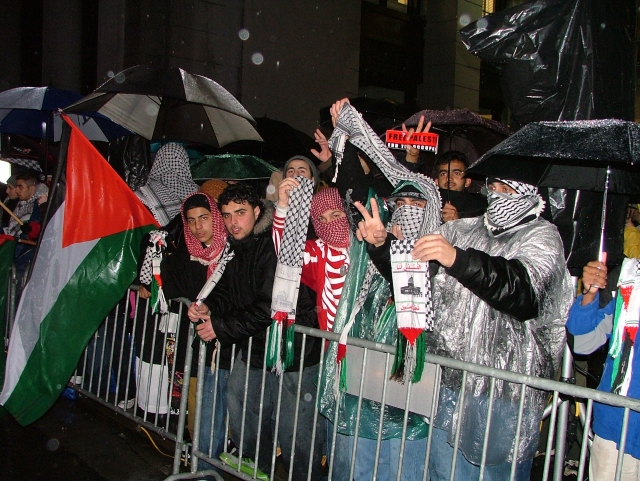 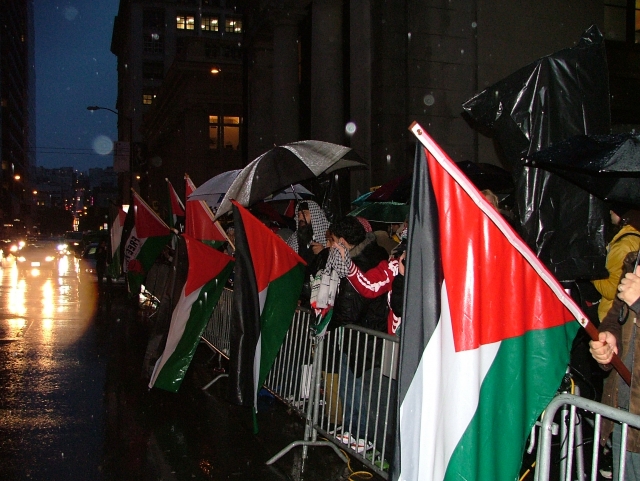 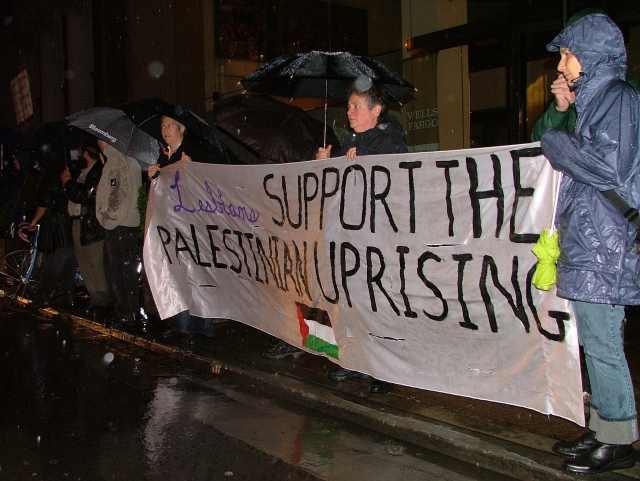 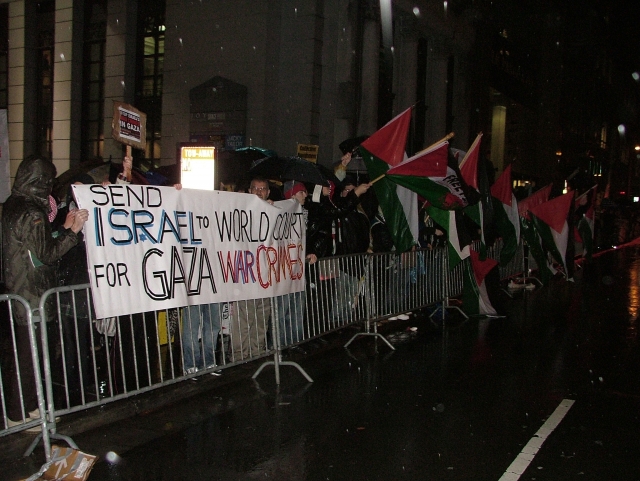 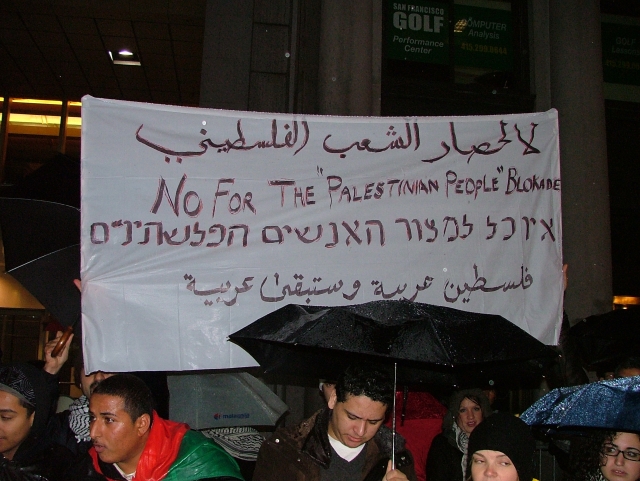 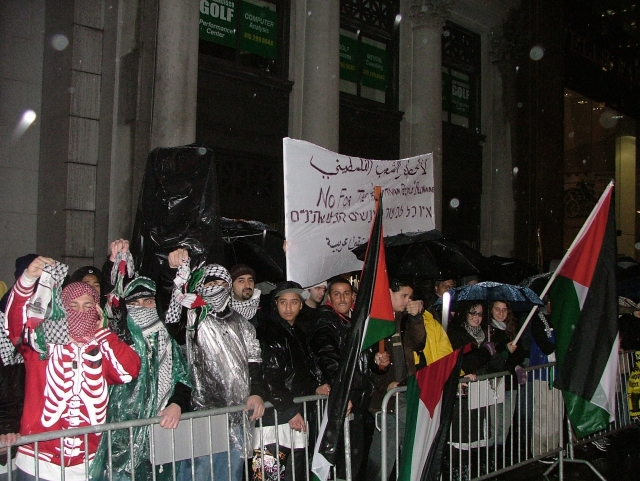 original image (2816x2120)
§Re: Islam van guy
by Re: Saturday Jan 26th, 2008 9:26 PM
That guy usually hangs around near 16th and Mission and also hands out things on BART. Hes a bir crazy but mostly harmless (seems like either an evangelical jesus bus guy who converted to Islam or someone inspired by Jesus freaks... definitely different from normal Islamic fundamentalists...)

He drives around SF all the time and I'm pretty sure he had nothing to do with the protest.
Add Your Comments
LATEST COMMENTS ABOUT THIS ARTICLE
Listed below are the latest comments about this post.
These comments are submitted anonymously by website visitors.