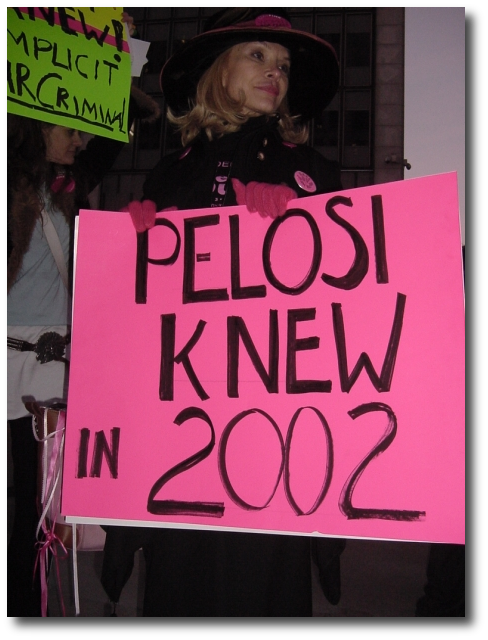 Yesterday afternoon about twenty CodePink members and other antiwar activists gathered outside of Congresswoman Nancy Pelosi's local office to conduct an emergency protest.  The reason?

The Washington Post reported on Sunday that Pelosi was one of four members of Congress who was secretly briefed in 2002 about interrogation techniques that included the torture known as waterboarding-- and Pelosi had not raised objections to it.

Activists said at the protest that they are now beginning to understand why Pelosi has kept impeachment of Bush and Cheney "off the table".  They said that Pelosi had wanted to hide her disgraceful actions which have been rumored about since 2005.  The activists demanded that Pelosi meet with them to explain herself.

Pelosi has repeatedly and arrogantly avoided meeting with antiwar activists since before she became the powerful Speaker of the U.S. House of Representatives.  In San Francisco (as in the country), an overwhelming majority of people want American troops home from Iraq; many want Bush and Cheney impeached.

Last Saturday, out of pure frustration with Pelosi's inability to oppose the Bush administration, Cindy Sheehan, America's most famous antiwar activist, opened a campaign office in San Francisco to run against her in the next election.

Here are some snapshots of the emergency protest.
§Indignant protesters want answers
by Robert B. Livingston Tuesday Dec 11th, 2007 12:42 AM 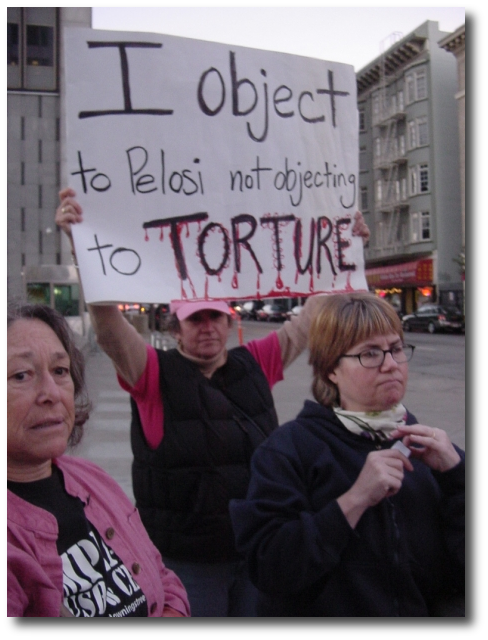 One protester (not pictured) said that some protesters had met with Pelosi's local spokesperson, Dan Bernal-- who was of little help in addressing their concerns.
§Code Pink protester
by Robert B. Livingston Tuesday Dec 11th, 2007 12:42 AM 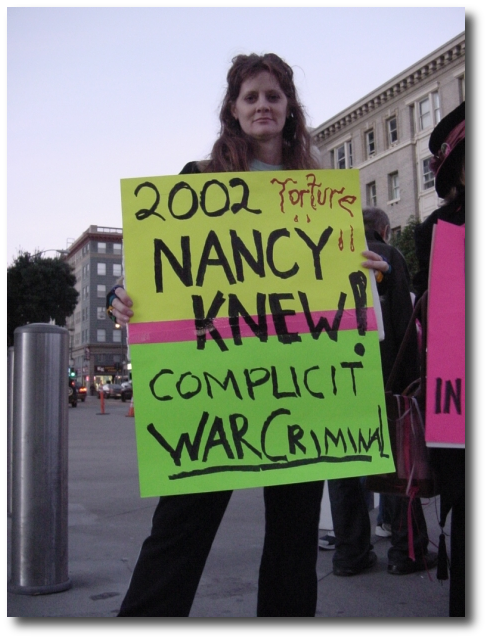 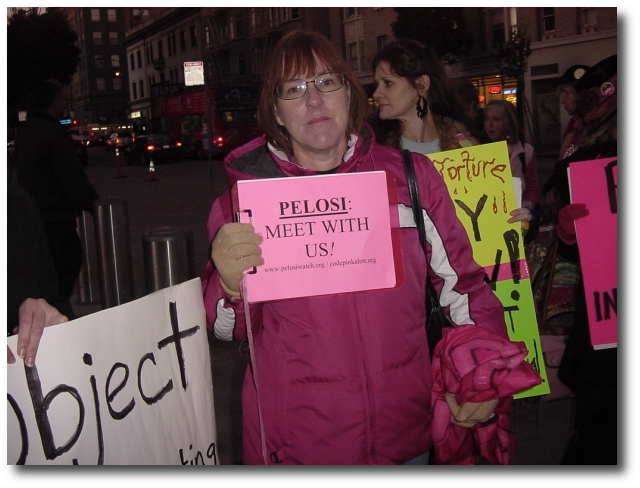 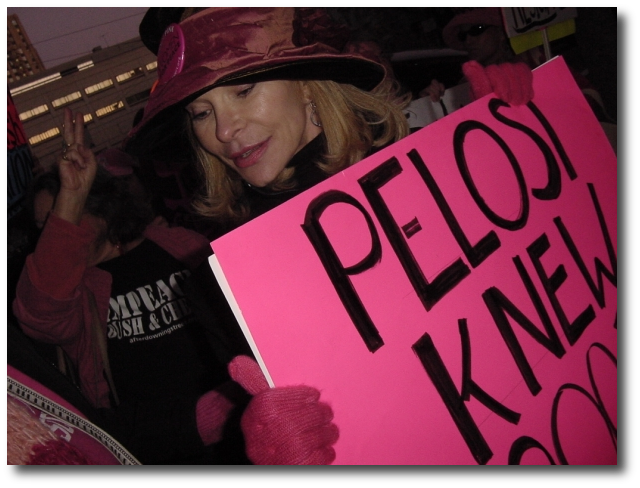