Add an Event
Newswire
Calendar
Features
Home
Donate
From the Open-Publishing Calendar
From the Open-Publishing Newswire
Indybay Feature
Publish to Newswire
Add an Event
Related Categories: Palestine | Santa Cruz Indymedia | Education & Student Activism
Hatred and Ignorance on Display for "Islamo-Fascism Awareness Week"
by ~Bradley (bradley [at] riseup.net)
Tuesday Oct 23rd, 2007 12:45 AM
This report is published to raise awareness and as a call out for people to counteract the messages of hate, ignorance and bias on display at UC Santa Cruz and other college campuses.

A student disgusted with the table looked at the literature, read some quotes out-loud and then asked the people behind the table if they believed the statements made in the booklets they were hoping to hand out. The people behind the table were not in agreement with each other about the influence of the United States and Israel in Islamic Jihad. They also said that they did not really support or agree with a lot of what the booklets were saying.

The people behind the table said that on Wednesday, October 24, they would be showing a film called "Obsession: Radical Islam's War Against The West." The screening is said to take place at 7pm at UCSC's College 8, room 240. I know that people are busy with life, school or skool and activist organizing, but it might be worth the time and effort to attend the film screening and counteract the intolerance advocated by David Horrowitz and several other hate-peddlers. 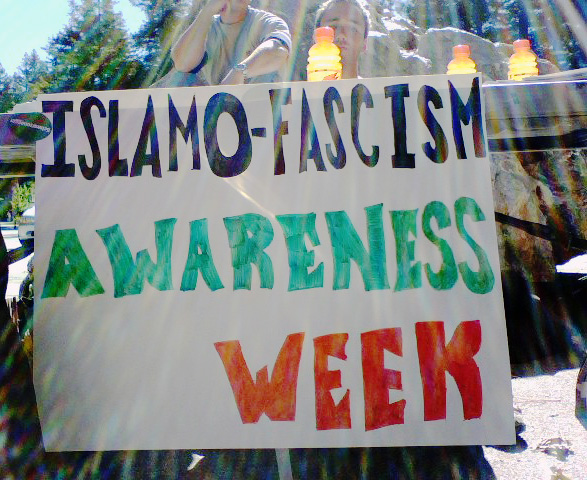 The booklets were all a publication of the David Horowitz Freedom Center and the titles and authors are as follows: "Islamo-Fascism Awareness Week" (IFAW) is taking place at other campuses. You can see a flyer on Indybay by the College Republicans at San Francisco State University (SFSU) for "Terrorism Awareness Week". The National Project to Defend Dissent and Critical Thinking in Academia has called for people to expose and defeat this reactionary offensive. Protests to expose and oppose IFAW are being organized at SFSU, UC Berkeley, UCLA and elsewhere.

This report is published to raise awareness and as a call out for people to counteract the messages of hate, ignorance and bias on display at UC Santa Cruz and other college campuses.
§Hate Literature
by ~Bradley Tuesday Oct 23rd, 2007 12:45 AM 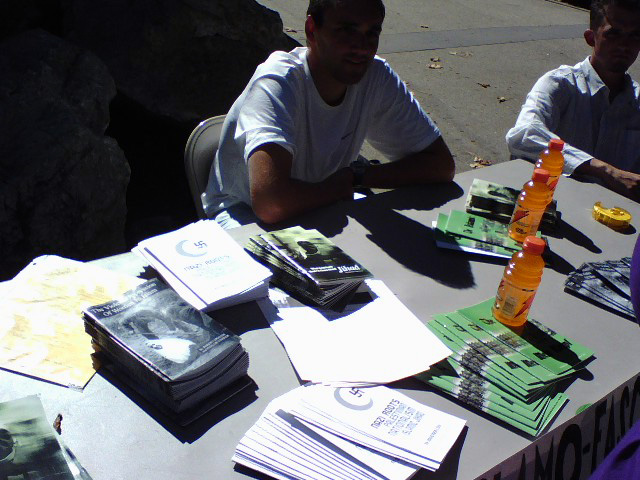 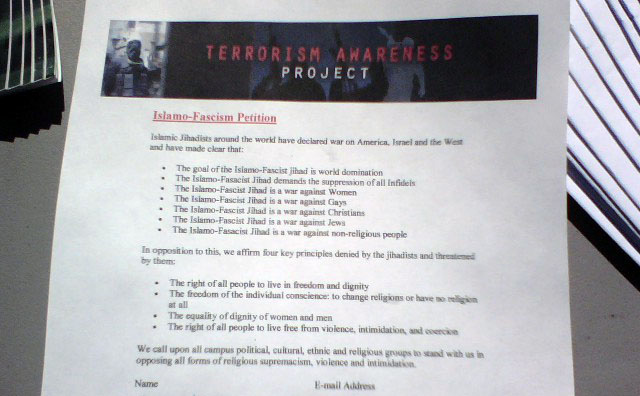 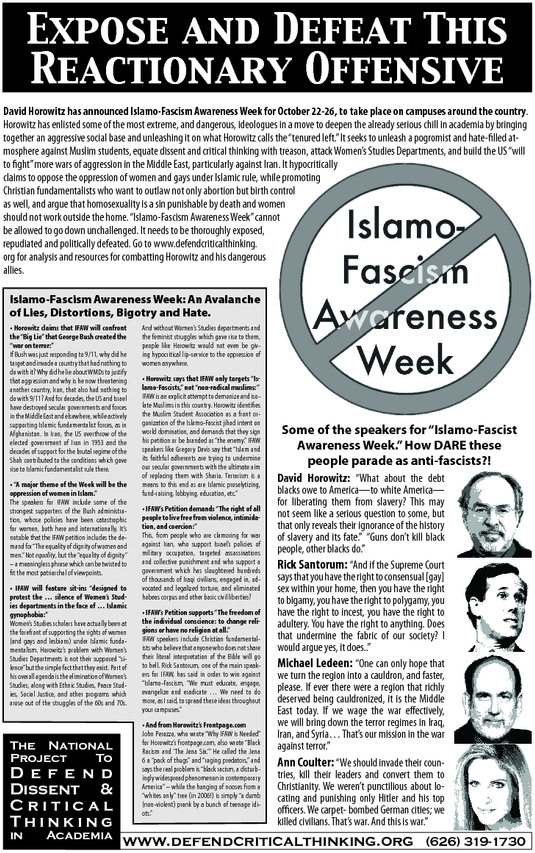 Download PDF (503.4KB)
§Mission of the National Project to Defend Dissent and Critical Thinking in Academia
by ~Bradley Tuesday Oct 23rd, 2007 12:45 AM 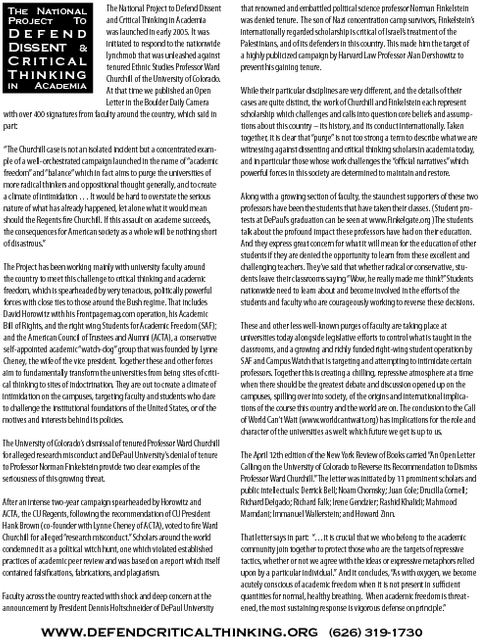 The National Project to Defend Dissent and Critical Thinking in Academia
http://www.defendcriticalthinking.org
Add Your Comments
LATEST COMMENTS ABOUT THIS ARTICLE
Listed below are the latest comments about this post.
These comments are submitted anonymously by website visitors.