Add an Event
Newswire
Calendar
Features
Home
Donate
From the Open-Publishing Calendar
From the Open-Publishing Newswire
Indybay Feature
Publish to Newswire
Add an Event
Related Categories: International | Fault Lines
No G8: Heiligendamm Report Back
by David Zlutnick (info [at] faultlines.org)
Saturday Jun 23rd, 2007 7:06 PM
This year’s meeting of the Group of 8 (G8, the 7 richest nations in the world: Great Britain, United States, Germany, France, Japan, Italy, and Canada, plus Russia) was held in the resort of Heiligendamm, Germany from June 6-8. At the meeting, the 13 percent of the world’s population was “represented” to decide policies that will have tremendous effects on the other 87 percent of the world. 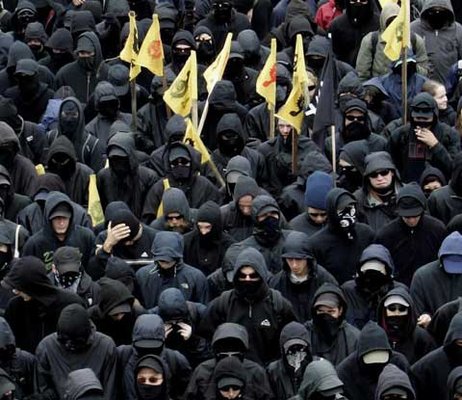