Add an Event
Newswire
Calendar
Features
Home
Donate
From the Open-Publishing Calendar
From the Open-Publishing Newswire
Indybay Feature
Publish to Newswire
Add an Event
Related Categories: Central Valley | Anti-War
Norman Solomon and Cindy Sheehan in Sacramento on April 4, 7 pm (update)
by Dan Bacher
Wednesday Mar 28th, 2007 9:21 AM
Don't miss this speaking engagement by Norman Solomon and Cindy Sheehan at the Sacramento for Democracy meeting on April 4. The event is sponsored by the Ruth Holbrook Community Forum. 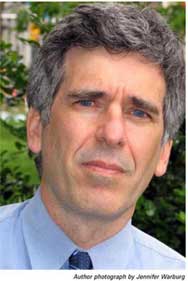 As part of PDA’s “Organize, Mobilize and Deliver the Progressive Vote” Tour, Norman’s appearance will kick-off barnstorming of the state, leading up to the California Democratic Party Convention in San Diego, on April 27 - 29, and culminating in what is sure to be memorable events sponsored by PDA and others.

Author Norman Solomon ("War Made Easy: How Presidents and Pundits Keep Spinning Us to Death") will be the guest speaker at Sacramento for Democracy’s April meeting. Norman is a nationally syndicated columnist on media and politics and a newly elected delegate to the State Democratic Party from the 6th Assembly District. He last spoke to us at the "Out Of Iraq Forum" that was held in Sacramento on January 7, 2006 (with Cindy Sheehan, Sean Penn, David Dionisi, Charlie Brown & Bill Durston).

And it’s like Homecoming when Cindy comes to town!
Cindy Sheehan is the mother of Spc. Casey Sheehan who was killed in Bush’s war of terror on 04/04/04. She is the co-founder and president of Gold Star Families for Peace and The Camp Casey Peace Institute. Author (“Peace Mom: A Mother's Journey Through Heartache to Activism”) and revered hell raiser for the Peace Movement, Cindy is also on the National Advisory Panel for PDA. We welcome our homegirl with love and pride!

For more information, go to  http://sacramentofordemocracy.org/?q=node/view/5216

We'll also show a sneak preview of the documentary film "War Made Easy" -- based on Norman Solomon’s book. The Los Angeles Times called the book "brutally persuasive" and "a must-read for those who would like greater context with their bitter morning coffee, or to arm themselves for the debates about Iraq that are still to come."

As April 22nd is Earth Day, we will learn how to make our SfD meetings Carbon Neutral and we'll talk about the upcoming Earth Day event at CSUS, among other things.

We hope to see you there!
Sacramento for Democracy

Solomon is a longtime associate of the media watch group Fairness & Accuracy In Reporting (FAIR.org). His weekly column on media and politics, Media Beat, has been in national syndication since 1992. He has written op-ed articles on media issues for many papers, including the Boston Globe, Washington Post, Newsday, New York Times, Miami Herald, Los Angeles Times, USA Today and Baltimore Sun. His articles have also appeared in the International Herald Tribune, Canada’s Globe and Mail, the Toronto Star and the Jordan Times. Norman Solomon’s eleventh book, War Made Easy: How Presidents and Pundits Keep Spinning Us to Death, was published in 2005.

Solomon’s other books include Target Iraq: What the News Media Didn’t Tell You (co-authored with Reese Erlich), The Habits of Highly Deceptive Media and three collections of columns co-written with Jeff Cohen -- Wizards of Media Oz: Behind the Curtain of Mainstream News, (1997), Through the Media Looking Glass (1995) and Adventures in Medialand (1993) -- as well as The Trouble With Dilbert: How Corporate Culture Gets the Last Laugh (1997), False Hope: The Politics of Illusion in the Clinton Era (1994), The Power of Babble: The Politician's Dictionary of Buzzwords and Doubletalk for Every Occasion (1992), Unreliable Sources: A Guide to Detecting Bias in News Media (co-authored with Martin A. Lee, 1990) and Killing Our Own: The Disaster of America's Experience With Atomic Radiation (1982).

Cindy Sheehan and Sean Penn appeared at an "Out of Iraq Town Hall" last January in Sacramento.
Add Your Comments
LATEST COMMENTS ABOUT THIS ARTICLE
Listed below are the latest comments about this post.
These comments are submitted anonymously by website visitors.