Add an Event
Newswire
Calendar
Features
Home
Donate
From the Open-Publishing Calendar
From the Open-Publishing Newswire
Indybay Feature
Publish to Newswire
Add an Event
Related Categories: International | Fault Lines
Shaking Uncontrollably: Why Can’t We TiVo Reality?
by Liam O'Donoghue (shakinguncontrollably [at] gmail.com)
Friday Oct 27th, 2006 4:19 PM
Arg. Sometimes in life, we are faced with tormenting decisions. When you come to the proverbial fork in the road and you feel your heart ripping in half, I think sometimes it’s best not to look deep in your soul. You just need to go with your gut. You just need to let the sink or swim instinct kick in and thrust yourself face-first towards destiny. 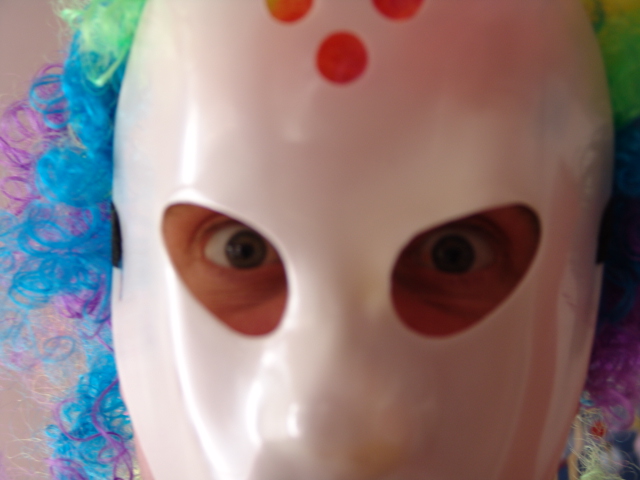 What the hell am I talking about? Well, I really want to go to the FCC’s open forum tonight in Oakland to let them know what I think about corporate control of public airwaves . . . but San Francisco’s Halloween Critcal Mass is always the craziest ride of the year. What am I supposed to do? Although I already know that I’ll be screaming my head off in a rainbow wig and serial killer hockey mask, cruising the streets with thousands of other cyclists in a few hours, part of my heart will be at the FCC hearing tonight. To the true independent media warriors: Thanks for sticking by The Cause while others of us have been seduced by the lure of dressing up like idiots and riding our bikes on busy streets during rush hour. Hope you like this week’s edition…

Like Before Giuliani? Last week, a video was released showing House Homeland Security Chairman Peter King (R-NY) giving a speech at the Merrick Jewish Center in Merrick, NY last February. King told his constituents that “the situation [in Iraq] is more stable than you think.” He cited “bumper to bumper traffic,” shopping centers, restaurants, video stores, vendors, and hotels to conclude that being in Baghdad is “like being in Manhattan.” OK, I’m officially nominating Peter King for the Worst Analogy of the Year Award.

Santorum’s Fantasy World: According to the Bucks County Courier Times, Pennsylvania Sen. Rick Santorum has compared the war in Iraq with J.R.R. Tolkien's "Lord of the Rings." Santorum told the paper that that the US has avoided terrorist attacks at home over the past five years because the "Eye of Mordor" has been focused on Iraq instead. "As the hobbits are going up Mount Doom, the Eye of Mordor is being drawn somewhere else," Santorum said. "It's being drawn to Iraq and it's not being drawn to the U.S. You know what? I want to keep it on Iraq. I don't want the Eye to come back here to the United States." I’m sorry, but this is so pathetic that I refuse to even make a joke about it… but I do wonder what Santorum thinks about the cozy relationship between Bilbo and Frodo Baggins.

Georgia Justice: Denise Grier who was ticketed in Atlanta for having an obscene anti-Bush bumper sticker filed a lawsuit in federal court last week against a DeKalb County, Georgia and its officials. A DeKalb judge tossed the $100 ticket which Grier received for having a “I’m tired of all the Bushit” bumper sticker last March, but she’s seeking damages from the county for "emotional distress," according to the ACLU lawsuit. I’m actually thinking about filing a lawsuit against any more lame-ass puns on the word “Bush.” Anybody with me?

Space Belongs to America: In a space policy update, President Bush has signed an order saying that US will deny adversaries access to “space” for hostile purposes. He also declared that the US will oppose the development of treaties or other restrictions that would seek to limit US use of space. "Freedom of action in space is as important to the United States as air power and sea power," the policy says. US scientists are currently working to develop a heat-resistant American flag that we can plant on the sun.

No More Burning DVDs around the Camp Fire: Boy Scouts in Southern California can now earn a patch for raising awareness about the evils of downloading pirated movies. Here’s a shocker: the curriculum for the intellectual property merit badge was developed by the Motion Picture Association of America. Boy Scouts are now being encouraged to learn how to identify counterfeit CDs and DVDs, the consequences of film and music piracy, and why protecting copyrights is important to them and to the local economy. In order to encourage support for another pillar of SoCal’s local economy, Boy Scouts can now also earn a merit badge for getting plastic surgery.

Eternally Tacky: Starting next season, major league baseball fans will be able to have their urn or casket emblazoned with their favorite team’s logo. Eternal Image, the company producing the super-fan coffins, also hopes to have similar agreements with NASCAR, the NHL and the NFL. Uh-oh. I wonder if the spittoon industry is going to take a big hit now that cremated NASCAR fans have more than one option of what to do with their ashes.

Damn. I just can’t stop questioning my decision to sacrifice the FCC hearing for Critical Mass. Oh well, at least I’ll be able to drown my sorrows while playing drunken kickball (aka Sloshball) at Golden Gate Park on Sunday afternoon.
Add Your Comments
Support Independent Media
We are 100% volunteer and depend on your participation to sustain our efforts!