¡Ni un paso atrás! Not one step back!

by danielsan
Seven audio pieces, with translation to English, are attached, all from October 12th. Five are from the CIPO-RFM march documented in an earlier post, except for two which relate to the opening of a Forum in Oaxaca City. 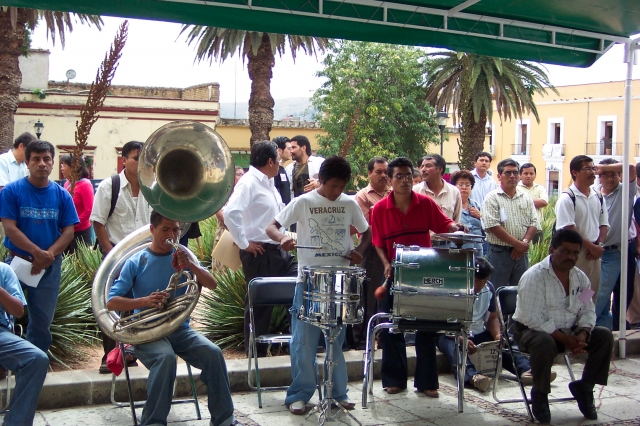 original image (2160x1440)
Saturday, October 14th
The 1er Foro de Solidaridad Nacional e Internacional con el Pueblo de Oaxaca [First Forum on National and International Solidarity with the People of Oaxaca] has just begun at the UNABJO [National Autonamous University of Benito Juarez] in Oaxaca City. Some await the results of the talks in Mexico City, slated to be finished early next week (Monday or Tuesday), others are moving ahead with alternatives methods of education, democracy, and governance with the intention of following through no matter what the Senators say.

A delegation of three senators (one each from the PRI, the PAN, and the PRD) has come and gone, several forums are open with the purpose of opening a greater dialogue into the future of Oaxaca, the ruling PRI party has stated that the people of Oaxaca are perfectly governable and under control and should get back to work, and the PAN has its own worries, trying to legitimate a tenuous election and unsure a smooth transition of power between two rich white business men.

Teachers are still in the Zòcalo all day every day; and in the streets blockading neighborhoods and protecting radio antennae and main entries to the city center.

The truth is, this has already moved beyond a congressional settlement: The methods have been the solutions. Neighborhoods organizing to patrol and protect in place of police, teachers in control of the schools, reclaimed public space, media in the hands of the community, popular control of government... This is a new democracy, a new social organization. There is no turning back, or as the saying (stenciled on every wall, on the lips of every marcher, in the mind of the negotiators) NI UN PASO ATRAS!!

Listen below to hear how the forums are being organized, what a business owner thinks of the marchers, the case against (ex)governor URO, messages to Oaxacans (and everyone else!) living in Oaxacalifornia, and the chants of marchers in the streets.
§foro into y cancion
by danielsan
Listen now:
Copy the code below to embed this audio into a web page:
Download Audio (3.1MB) | Embed Audio
A large march arrived just as this speaker welcomed various members of the audience, having just marched from a distant district of Oaxaca. The band, Banda Perla, is from San Cristóbal de las Casas, Chiapas.
§banda perla
by danielsan 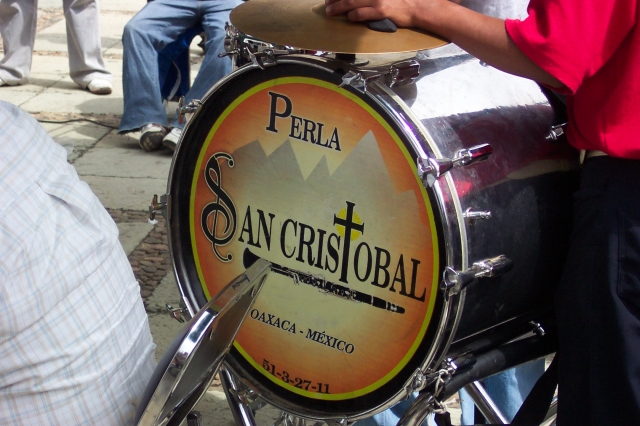 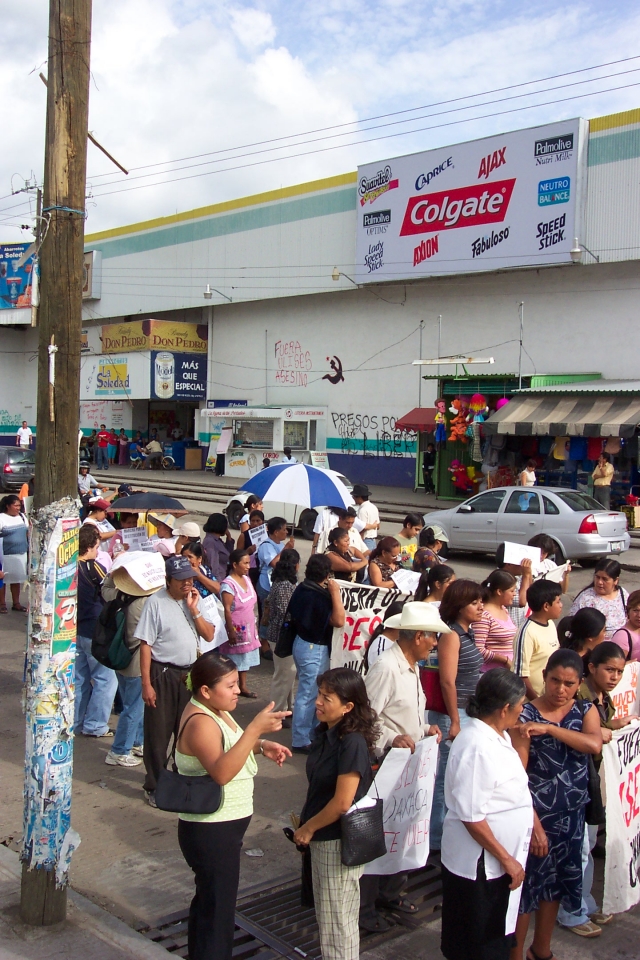 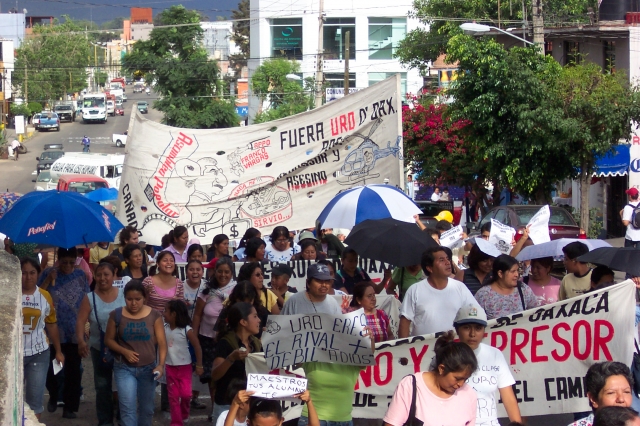 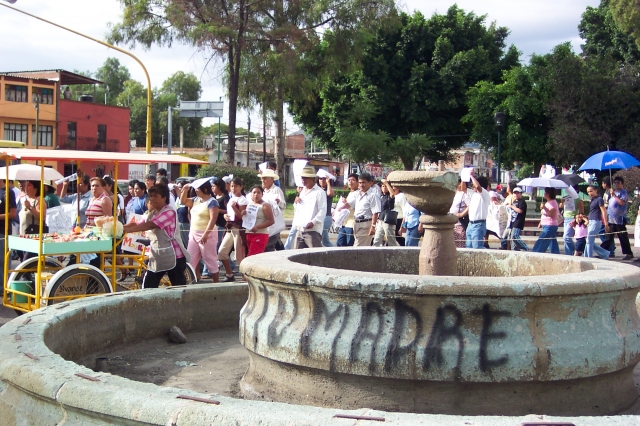 original image (2160x1440)
§CHANTS
by danielsan
Listen now:
Copy the code below to embed this audio into a web page:
Download Audio (2.2MB) | Embed Audio
Here is a short compilation of the chants from the CIPO-RFM march. They don`t quite translate, as you might guess, but here´s a simple equivelant of each chant in English, trying to preserve the spirit.

This is a struggle for a popular government of workers and campesinos!

Colonias! (neighborhoods) together! will never be defeated!

we'll kick ulises out of oaxaca, (x3); from oaxaca we're kicking out that guy!

if there's no solution?! then fuck Calderon!

from north to south, east to west, we'll win this struggle, no matter what it costs!

whether he wants to or not, ulises is going away!

the people united, will never be defeated!

here, and there, the struggle will continue!
§marchando
by danielsan 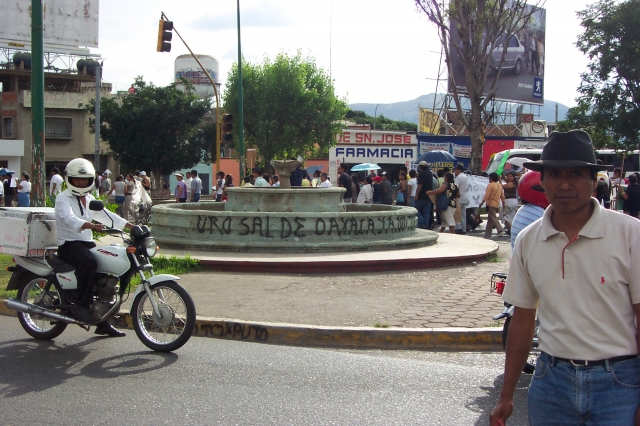 original image (2160x1440)
Add Your Comments
Latest Comments
Listed below are the latest comments about this post.
These comments are submitted anonymously by website visitors.
TITLE
AUTHOR
DATE
Thank You for Pictures and real life information
Lisa Wenner
Support Independent Media
We are 100% volunteer and depend on your participation to sustain our efforts!