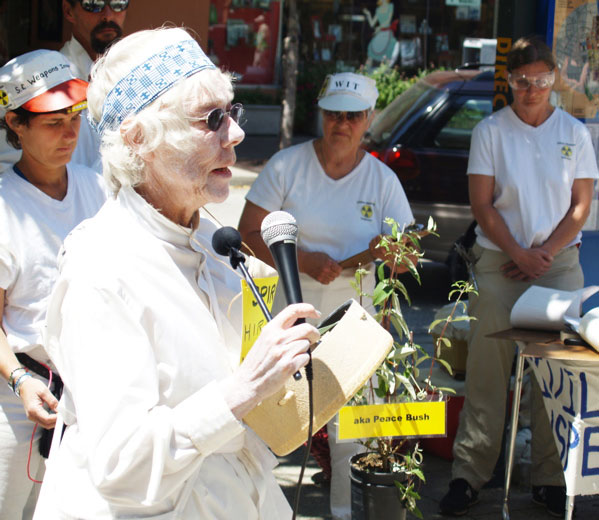 Dismantling the Bomb/Constructing Peace expressed sorrow for the full spectrum of victims of the nuclear weapons industry - workers exposed to the hazards of producing weapons, communities that suffer environmental degradation from their production, military personnel who are poisoned by their use, and the human and other living beings who are targeted by such weapons.

The political theatre skit honored Japanese women, men, and children whose lives and the lives of successive generations were shattered 61 years ago. This skit collectively imagines and calls for alternatives to the nuclear weapons industry that convert the science of nuclear destruction into a science of life-sustaining industries and renewable energy.

On August 9th, there will be a march to the gates of Lockheed Martin in Bonny Doon and political action to commemorate the 61st anniversary of the nuclear bombing of Nagasaki.

For more information on the August 9th protest at the gates of Lockheed Martin, please see: 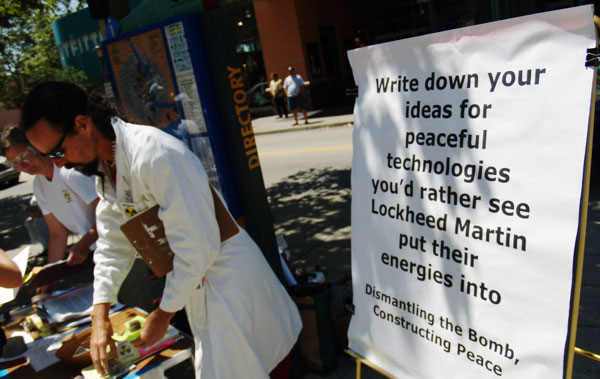 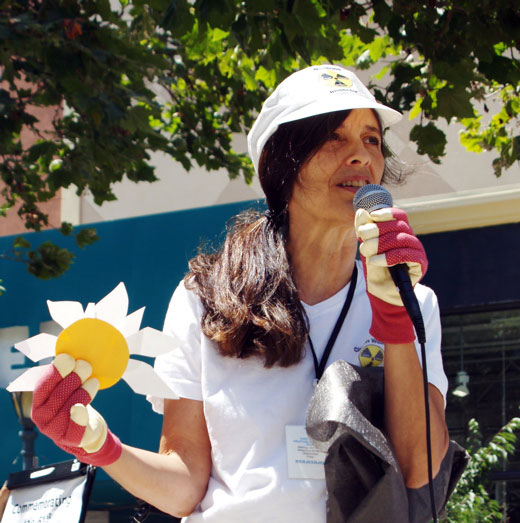 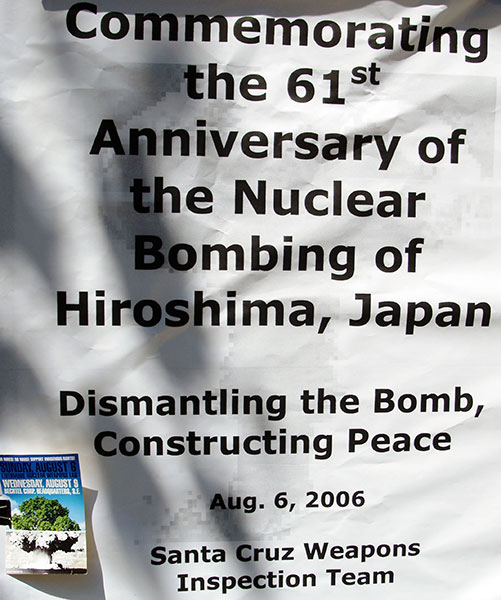 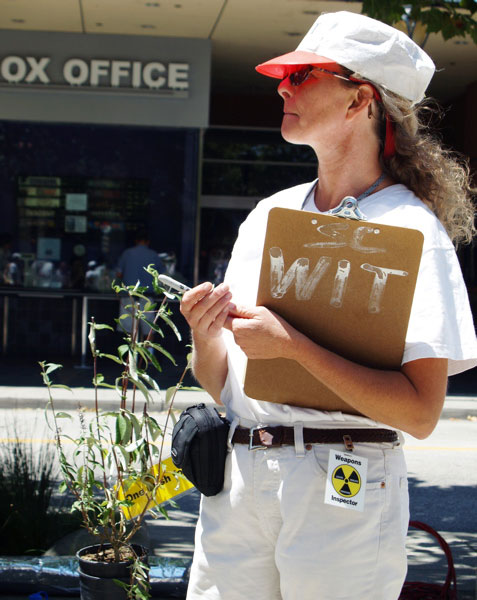 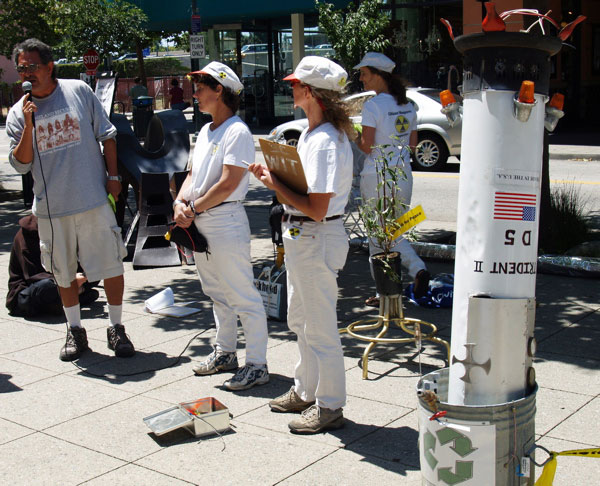 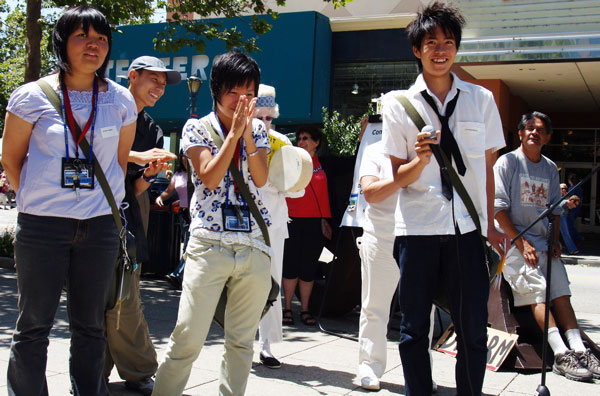 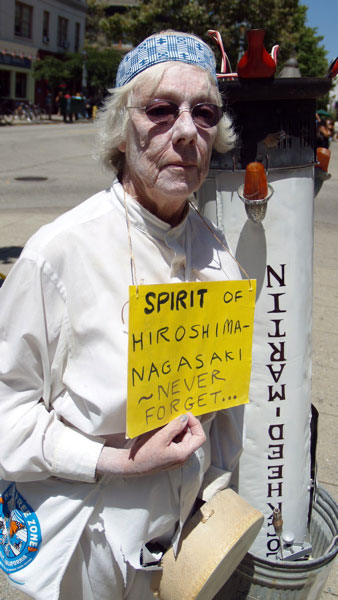