Timber cutting continues in and near the Sequoia National Monument!

by Mike Robe
Despite a recent federal court ruling, timber cutting continues in and near the Sequoia National Monument. Sierra Nevada Earth First! activists were in the woods again this past weekend surveying timber sale units in the Frog, White, and Ice sale areas. Pictures illistrate the story told. 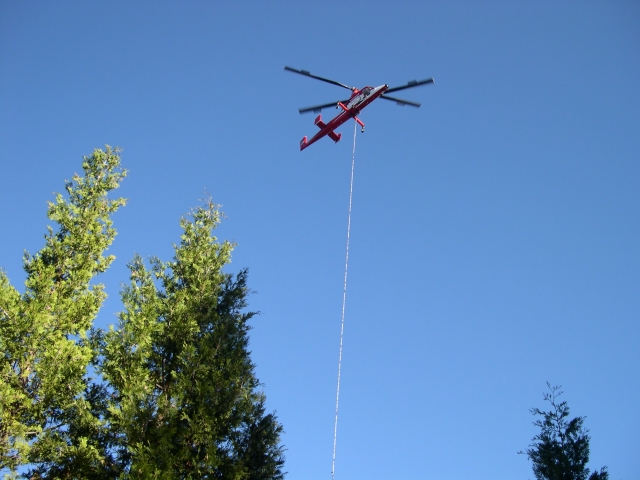 Despite a recent federal court ruling, timber cutting continues in and near the Sequoia National Monument. On September 9th, Justice Charles Breyer from the US District Court for the northern district of California halted logging on a 2,000 acre commercial logging project called the Saddle fuel reduction sale. However, the ruling left open the fate of the Ice, White, and Frog timber sales, all of which are areas contiguous with or in the immediate proximity of the Saddle project. The focus of Breyer’s ruling was the absence of credible scientific evidence in the Forest Service’s guidelines for these timber sales. Of particular concern was the critical condition of the Pacific fisher population in the southern Sierras. Further decrease in canopy cover and disruption of fisher habitat could likely bring about the extinction of the species (the Bush administration has refused to accept the recommendation of scientists for listing the southern fisher as an endangered species). In addition Breyer held that the Forest Service had not established a credible scientific basis for cutting trees up to thirty inches in diameter (94 inches in circumference). Given the growing conditions in the Sierras trees of this size can be up to two hundred years old.

Sierra Nevada Earth First! activists were in the woods again this past weekend surveying timber sale units in the Frog, White, and Ice sale areas. The following is one activist’s account (the activist preferred to remain nameless):

We were finishing two days of surveying; we had seen some areas of uncut, healthy forests and some dried out, damned forests that had already been lost. On Sunday at 5 pm, in one of the Ice units, we witnessed helicopter logging first hand. We were all nearly in tears. In fact, it made us sick to our stomachs. We had just hiked through pristine forest, some of the best, oldest and most beautiful forest we had seen so far--heavy canopy cover, cool and damp down below with lots of moss and lichens, an open forest floor without too much undergrowth or small trees—these were steep slopes with old, rotting trees, a thick forest carpet, big trees. Perfect habitat for the endangered pacific fisher, and a home to innumerable animals and plants. Then we heard the choppers and headed up the road. I remember seeing a golden eagle soaring up above—she must have been crying too. We moved in carefully and watched as an identical forest area, a half a mile or so away from where we had just been, was torn to shreds. A red and white helicopter swept in low; men in orange vests hooked up the big trees to the helicopter’s cable and the chopper flew them out to the loading area. With a few limbs still attached, the poor trees looked like corpses, or lynching victims, or cows with hooks in their heels, hanging above the killing floor, waiting to be slaughtered. You don’t think too much about how much a ninety foot tall, 200 year old Ponderosa Pine weighs. But you sure do when a chopper drops it in the loading area and the ground just shakes.

We’re a pretty loud and outrageous crew of forest defenders, but nobody had much to say after seeing that level of chaos and destruction. The car ride down the mountain was pretty fucking quiet. Maybe everybody was thinking what I was thinking—“what are we doing to ourselves?” Or maybe they were wondering what anybody could do against that level of an attack on Mother Earth. Or maybe they just couldn’t think of any words to fit the magnitude of that destruction. I know we were also meditating on how to stop it, cause that’s all that counts.

The forests up here are criss-crossed with hundreds of miles of logging roads. Quads, dirt bikes, and off-roaders hurl around spewing up dust. Hunters blast away at whatever animal is “in season.” But I have never, ever seen anything like what I saw yesterday. I don’t think the fisher has a chance.

Readers are urged to contact the Sierra Club (information [at] sierraclub.org), Earth Justice (info [at] earthjustice.org), and/or Sequoia Forest Keeper (ara [at] sequoiaforestkeeper.org), and encourage them to petition the court to stop all logging in the fisher habitat of the Sequoia National Forest.

§Fuck capitalism not your Mother!
by Mike Robe 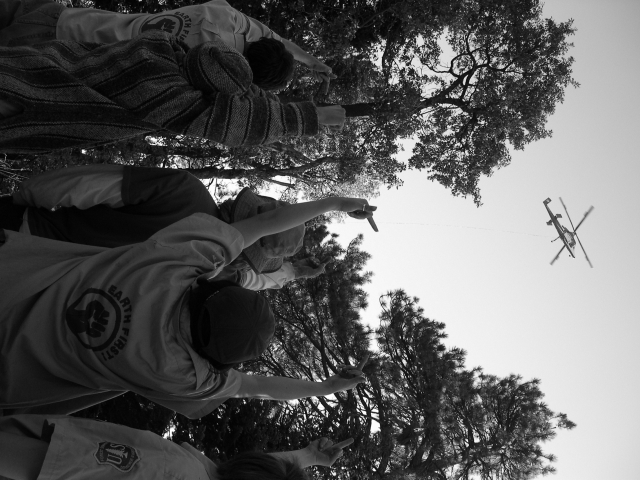 §Working hard to kill our forests.
by Mike Robe 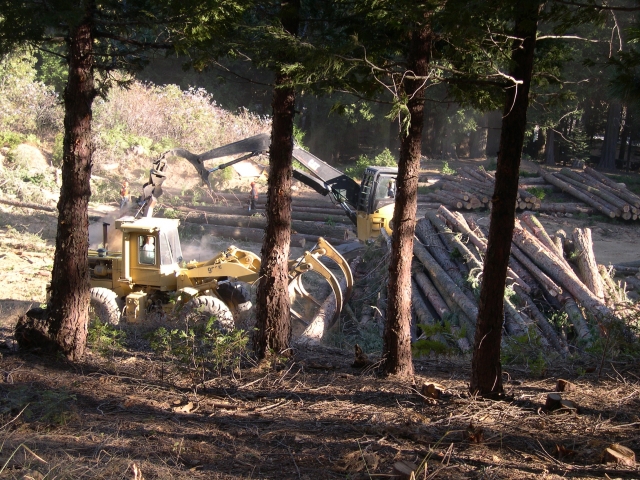