Add an Event
Newswire
Calendar
Features
Home
Donate
From the Open-Publishing Calendar
From the Open-Publishing Newswire
Indybay Feature
Publish to Newswire
Add an Event
Related Categories: California | Santa Cruz Indymedia | Education & Student Activism | Health, Housing & Public Services
Peter Kwiek of the Salinas Action League speaks about Saving our Libraries
by ~Bradley
Monday Apr 11th, 2005 12:10 PM
On April 1, I spoke with Peter Kwiek of the Salinas Action League. Peter has been a core activist in the struggle to Save the Libraries in Salinas. (9 minutes)
Listen now:
Copy the code below to embed this audio into a web page:
Download Audio (4.1MB) | Embed Audio 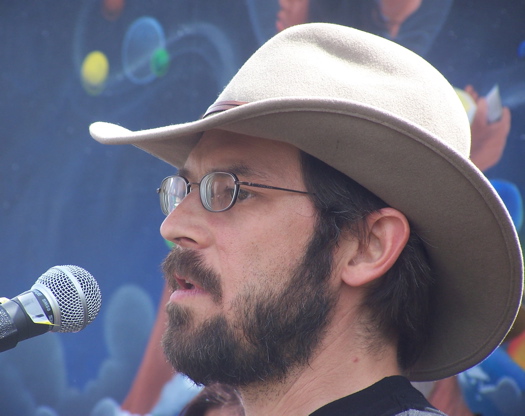 Now the battle is coming to the state capitol!

On Tuesday, April 12th, from 12:00 to 1:00 pm, there will be an Emergency Read-In at the capitol. Busloads of people from Salinas will travel to Sacramento and tell the governor and the legislature to "Save Our Libraries!"

Book Lovers From All Over California Join Salinas Locals in a Historic “24-HOUR READ-IN” (Santa Cruz Indymedia)
Add Your Comments
LATEST COMMENTS ABOUT THIS ARTICLE
Listed below are the latest comments about this post.
These comments are submitted anonymously by website visitors.