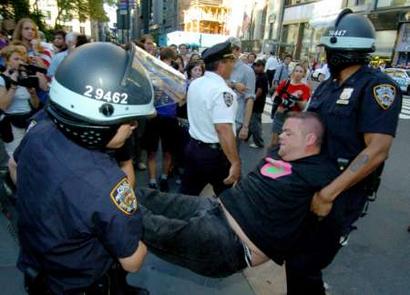 At the NY Public Library, an older woman was hit in the face by an undercover cop, shocking those who witnessed the incident. Cops would not arrest the man despite the attempts of the woman who was struck.

Protesters from the library are at 42nd and 6th. 40 cops on scooters ran after protesters with nets. Apx. 50 have been entrapped with nets. Police attacked protesters within the nets. Reports of a cop using a bike to hit someone. Several hundred are in the surrounding area.

War Resisters League is heading north on 5th Avenue toward Madison Square Garden. 250 people are in the march.

There are already 500 police at the library and apparently more are on the way. Nets have been pulled out.

People from the bike bloc are being arrested at 40th and Broadway. The crowd which was at the library is being pushed down 40th. 15-20 arrests reported so far with an "absolutely obnoxious police presence."

At 7PM, protesters will attempt to reconvene at Madison Square Garden, 34th and 7th. 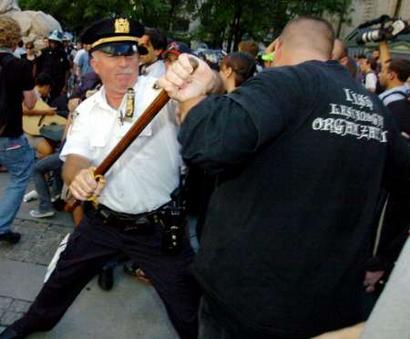 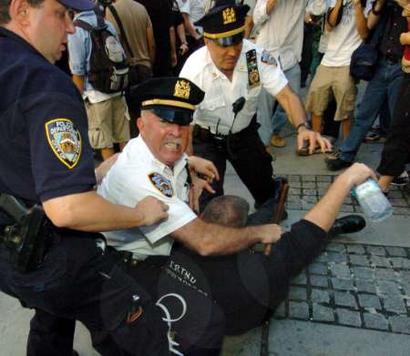 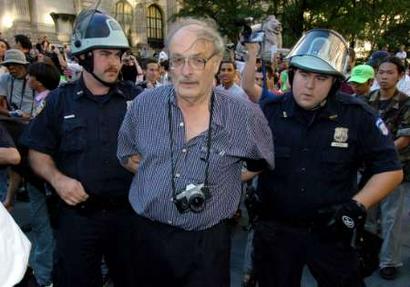 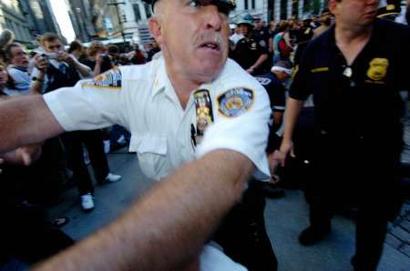 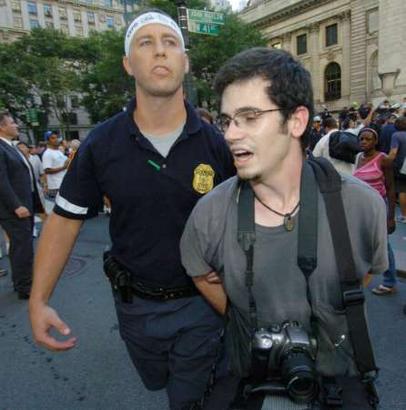