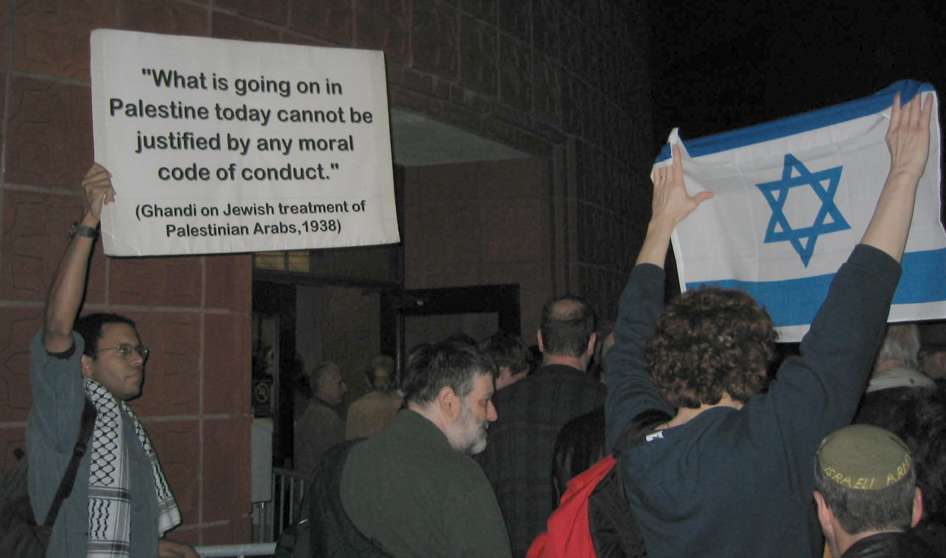 Here's some photos from the demonstration against ultra-Zionist anti-Arab and anti-Muslim bigot Daniel Pipes on February 10 at U.C. Berkeley.*

In the first photo (with the Gandhi quote), the bearded guy in the middle is an anti-Zionist Jew. So is the guy holding the "Israel: Born of British Colonialism [etc.]" sign. Both signs were made by the African-American brother holding the first sign. The third picture, with the big masks, is of 3 people from "Women in Black".

Contrary to what Pipes and the Pipettes would have one believe, many of the protestors were neither Muslim nor Palestinian.

BTW, These are lightened, cropped and scaled-down versions of three photos that appear at http://users.lmi.net/zombie/pipes/, an obviously bigoted pro-Pipes site. The photographer's name isn't given there, so I don't have it.

* The easiest way to find more info about the event is by doing a Google search for ("Daniel Pipes" Berkeley). To see articles on this site only, add "site:indybay.org" to the search criteria. 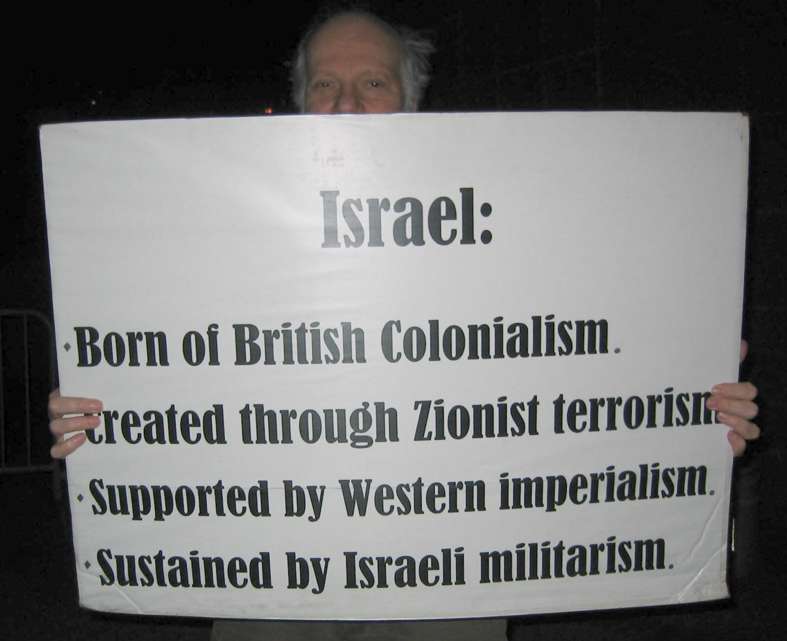 Sustained by Israeli Militarism ... and billions of dollars every year from the U.S. treasury.
§Portraying the suffering of Palestinian mothers?
by One anti-Zionist Jew Tuesday Feb 17th, 2004 3:16 AM 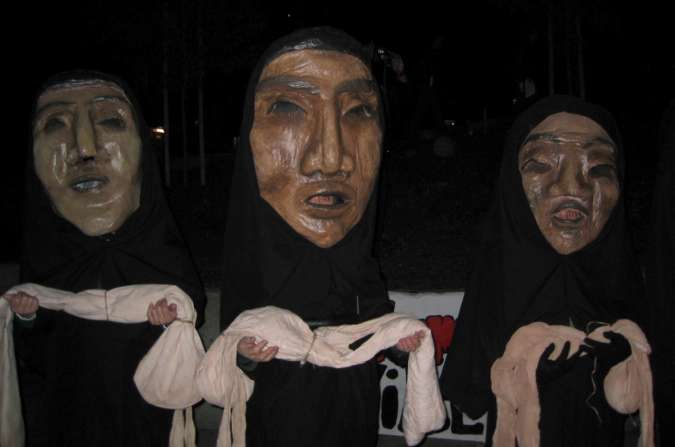 If my interpretation is wrong, maybe someone from Women in Black will correct me.
Add Your Comments
LATEST COMMENTS ABOUT THIS ARTICLE
Listed below are the latest comments about this post.
These comments are submitted anonymously by website visitors.