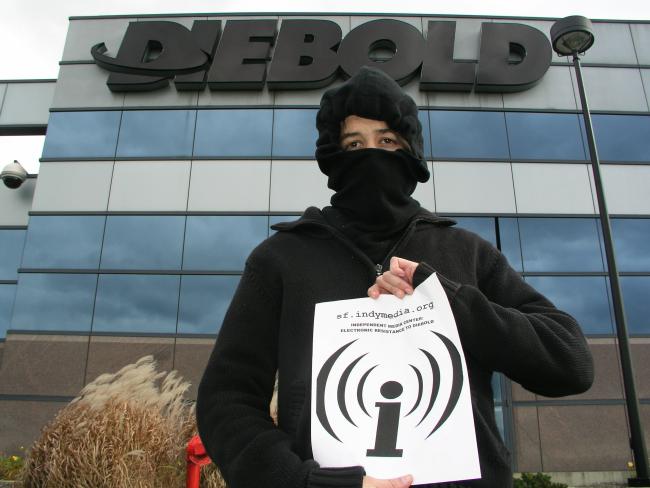 Documents are publicly available that detail vulnerabilities in electronic voting machines manufactured by the Diebold Corporation. Diebold has been sending cease and desist letters to internet service providers (ISPs) that host the documents or links to them. Numerous Indymedia servers have been targeted by Diebold in its campaign to suppress this critical information.

Indymedia will defend its right to post internal memos and documents detailing vulnerabilities in electronic voting machines manufactured by the Diebold Corporation. The documents were made publicly available, and subsequently reported by writer Bev Harris on her websites blackboxvoting.com and blackboxvoting.org.

The vast information contained in these documents is still being investigated by top computer scientists and researchers, but a set of widely circulated internal memos detail Diebold's flippant disregard of test runs, accuracy audits, and security for its voting machines. System tests (much like a dress rehearsal) are often required by local election laws--Diebold memos mention how they simply changed the name "memory test" to "***System Test Passed***" as if the machine performed a self audit. The memos also say how Diebold installed new versions of the voting software that were left untested.

Their election results are not secure, as evidenced by this comment in one email regarding the "contents" (i.e. the votes) of the e-voting machines: "Now, where the perception comes in is that its right now very *easy* to change the contents. Double click the .mdb file." Diebold's Republican executives have touted e-voting as a solution to the punchcard voting systems that scandalized Florida in 2000. In fact, this evidence and recent breaking news of security and reliability flaws raises serious questions about this "solution" to election woes in the US. More links: Read Entire Feature | earlier feature, August 2003 | Madison IMC

Diebold has delivered dozens of cease-and-desist notices to website publishers and ISPs, including Indymedia, demanding that they take down corporate documents revealing flaws in the company's electronic voting systems as well as difficulties with certifying the systems for actual elections. Pavlovsky and Smith have published an email archive of the Diebold documents which contain descriptions of these flaws written by the company's own employees. Swarthmore student groups Why War? and the Swarthmore Coalition for the Digital Commons have launched an electronic civil disobedience campaign, using file-sharing to ensure constant public access to the documents. 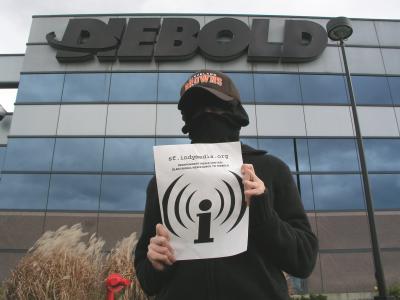 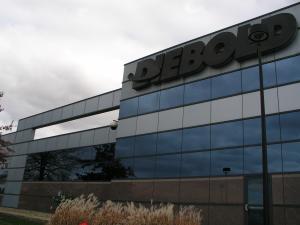 http://www.indybay.org/
Add Your Comments
LATEST COMMENTS ABOUT THIS ARTICLE
Listed below are the latest comments about this post.
These comments are submitted anonymously by website visitors.