Add an Event
Newswire
Calendar
Features
Home
Donate
From the Open-Publishing Calendar
From the Open-Publishing Newswire
Indybay Feature
Publish to Newswire
Add an Event
Related Categories: Anti-War
M14 Protest: Boobies for Ashcroft!
by Will Doherty (wild [at] willdoherty.org)
Friday Mar 14th, 2003 11:21 PM
Forty or so "Boobies for Ashcroft" marched from Van Ness Ave. to the Federal Building as employees left the building for the day around 5:00pm. The crowd bared their breasts as they chanted "Boobs Not Bombs" or "More Boobs in Public, Less Boobs in Office" and carried signs condemning U.S. Attorney General John Ashcroft's policies including the war against drugs and against sexuality, noting particularly his decision to cover a barebreasted Lady Justice statue with curtains during news conferences at the U.S. Department of Justice building in Washington, DC. Following the march, the group entered a local pub and fraternized with federal employees while discussing the issues of the day. 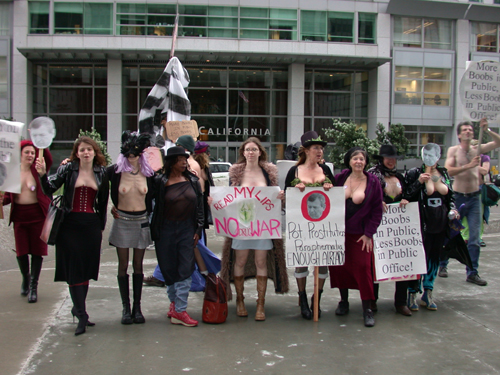 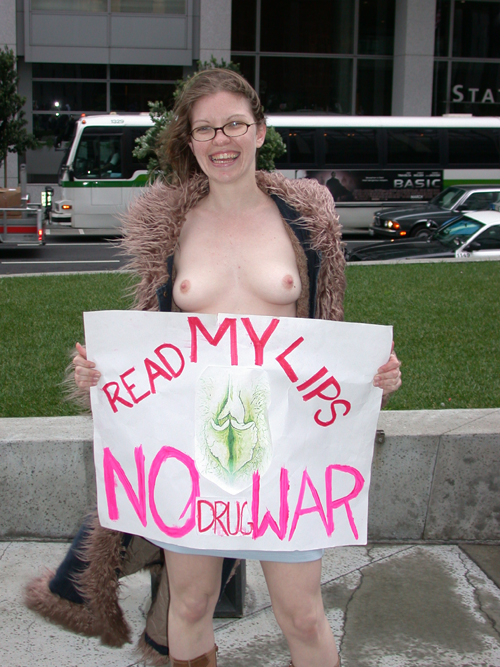 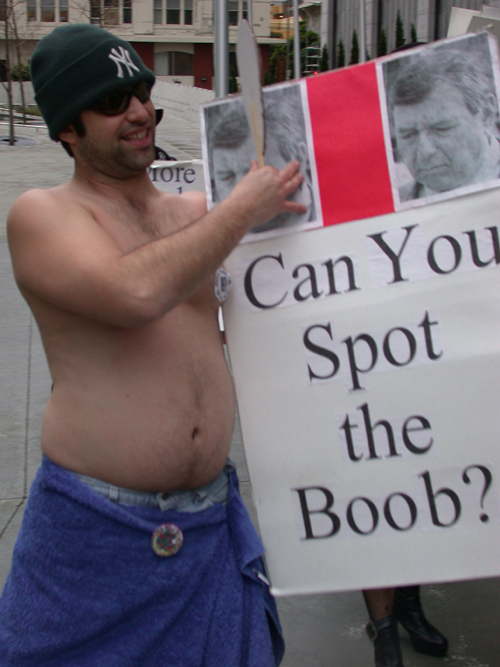 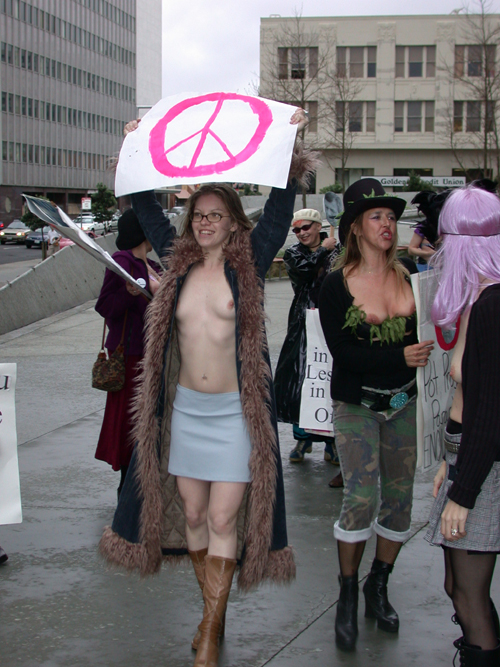 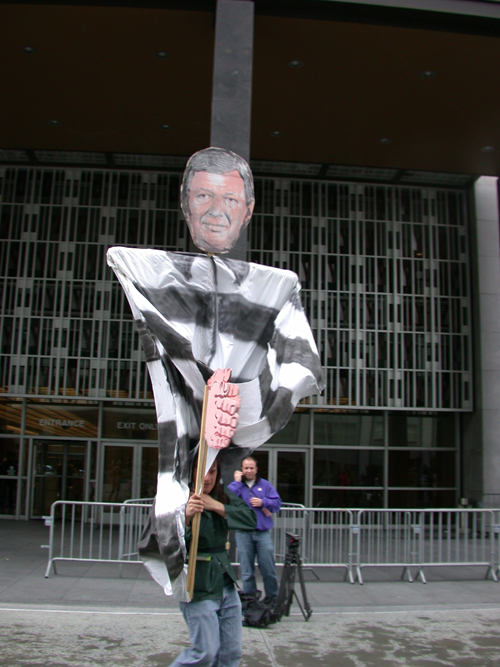 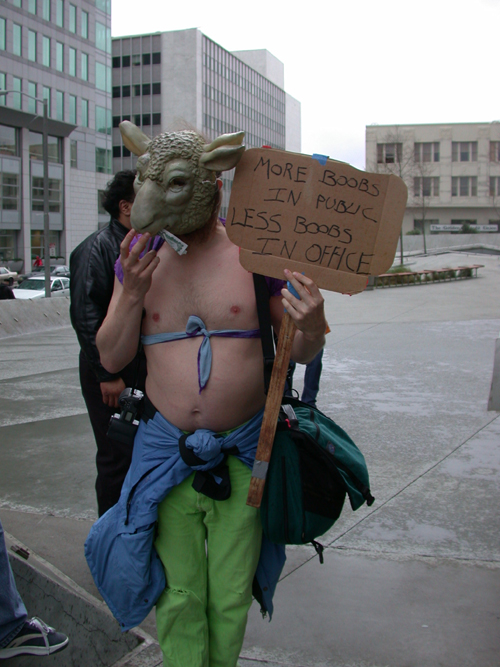