Cop #1: You can see a black cop with a moustache wearing a headband which covered his ears (seemed like an attempt to cover up a likely earpiece). He's wearing a black leather jacket and green camouflage pants. He was a no-brainer to spot (perhaps since I was actively looking out for them) as he followed the crowd on the sidewalk at a distance with a frozen cop expression on his face the whole time. At one point he is seen holding a long wooden stick. He is clearly shown behind police lines during later arrests and pointing out things to uniformed cops. This is the same undercover that people pointed out from the January action.

Cop #2: This one was wearing a beanie, black hooded fleece sweatshirt and light blue jeans. He was videotaping the crowd while always keeping a safe distance. He was also very easy to point out and became noticeably uncomfortable as people started taunting hiim.

Cop #3: I noticed this one while reviewing the footage of the arrests at Market and 8th. I saw what appeared to be a white guy dressed in a navy blue hooded sweatshirt and light blue jeans helping uniformed cops with arrests. It seemed like he could have been wearing a baseball cap underneath the hoodie. I didn't find a shot of his face until I reviewed a footage of cops on horses on a rampage that happened before those arrests. He seems to be at least in his forties with a white moustache.

It is very likely there were other undercovers that I wasn't able to identify but perhaps others were able to. For those of you that documented the event using the visual medium, look carefully through your video footage or photos for these or any other undercover cops and publish them here.
§Undercover cop #1
by Otto Nomous Tuesday Feb 18th, 2003 7:29 PM 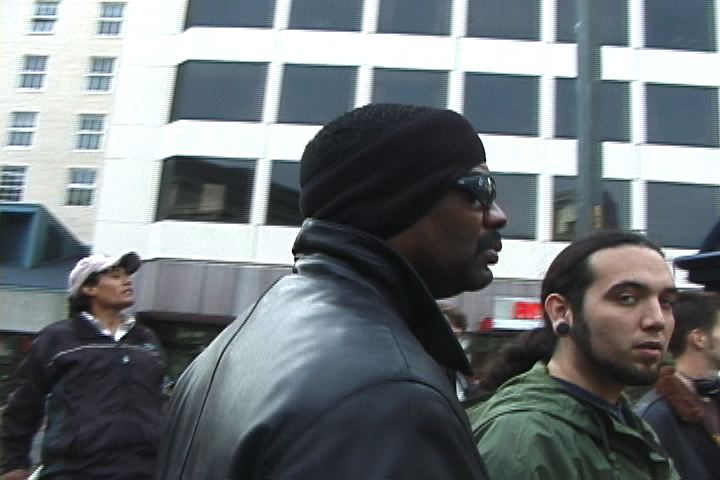 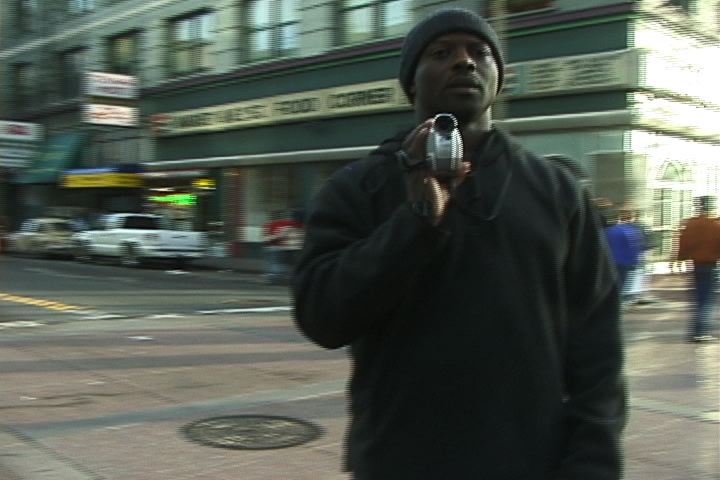 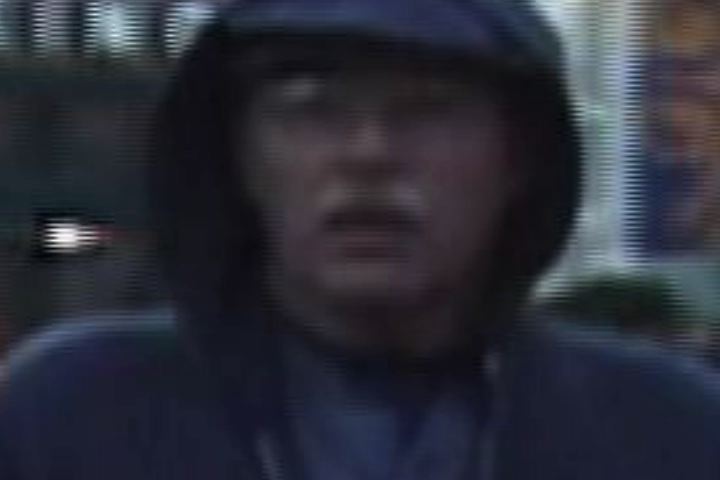