by Jeff Paterson
Aerial photos of the February 16, 2003 mass protest against war on Iraq - "The world says no to war."
On a weekend in which millions took to the streets to oppose this unjust war, a quarter of a million people marched and rallied in San Francisco. 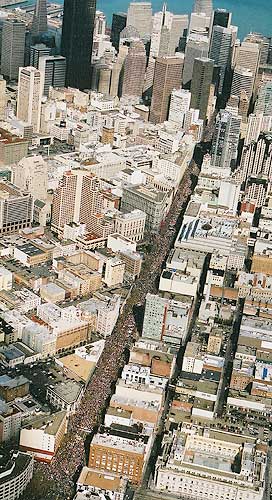 Many photos show tens of thousands crowding the SF Civic Center BEFORE the arrival of the main march. Select each for larger image.

Co-sponsored by United for Peace and Justice, Bay Area United Against War, International ANSWER, and Not in Our Name.

Photos by Aerial and Terrestrial Photos. 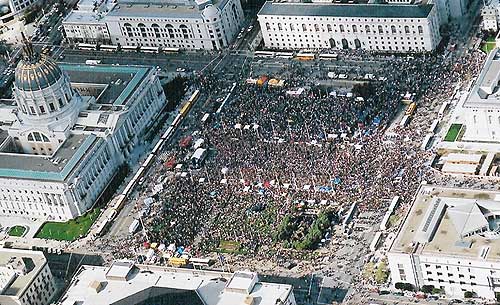 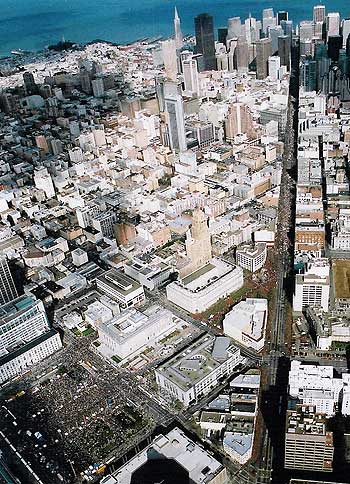 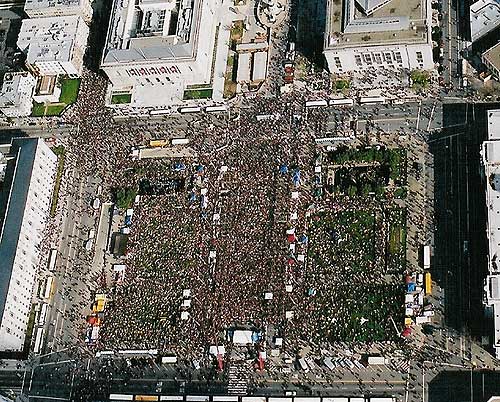 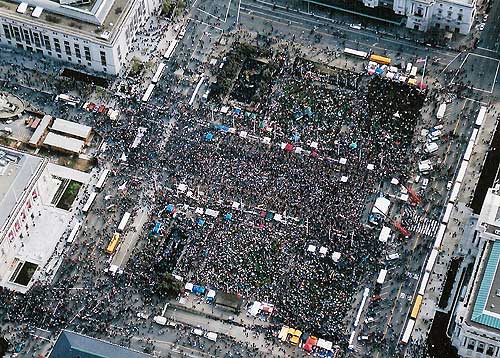 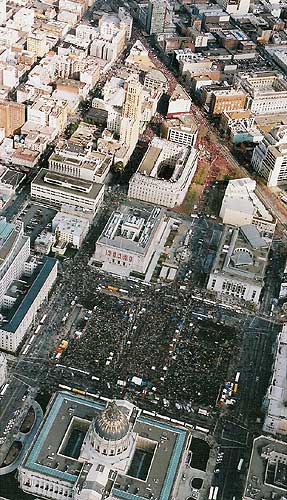 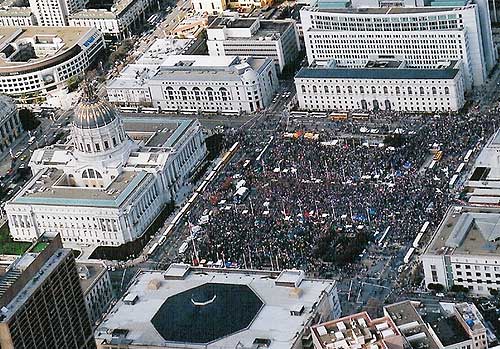