JEWS UNITED AGAINST ZIONISM -What is the Neturei Karta? 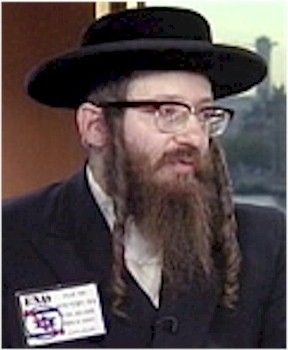 What is the Neturei Karta?


Neturei Karta opposed the establishment of and retain all opposition to the existence of the so-called "State of Israel"!

Neturei-Karta is the Aramaic term for "Guardians of the City. The name Neturei-Karta originates from an incident in which R. Yehudah Ha-Nassi (Rabbi Judah the Prince) sent R. Hiyya and R. Ashi on a pastoral tour of inspection. In one town they asked to see the "guardians of the city" and the city guard was paraded before them. They said that these were not the guardians of the city but is destroyers, which prompted the citizens to ask who, then, could be considered the guardians. The rabbis answered, "The scribes and the scholars," referring them to Tehillim (Psalms) Chap. 127.
(Jerusalem Talmud, Tractate Hagiga. 76c).

The name was given to a group of Orthodox Jews in Jerusalem who refused (and still refuse) to recognize the existence or authority of the so-called "State of Israel" and made (and still make) a point of publicly demonstrating their position, the position of the Torah and authentic unadulterated Judaism.

The group was founded in Jerusalem, Palestine in 1938, splitting off from Agudas Yisroel. Agudas Yisroel was established 87 years ago for the purpose of fighting Zionism. Gradually lured by money and honor they sold out to the "Golden-Calf" (see Exodus, XXXII) of Zionism. Those who wanted to maintain their faith and continue the struggle against Zionism, dissociated themselves from Agudas Yisroel and associated parties.

Over the years, a number of Neturei Karta activists and followers settled outside of Palestine. Some of the reasons that these individuals abandoned the country in which they and their families had lived for many generations (having lived there many years prior to the establishment of the illegitimate so-called "State of Israel") include; ideological refusal to live under the illegitimate heretical "Israeli" regime, them being exiled by the Zionist government for their insistence of remaining independent of the illegitimate heretical regime or them being unable to live a normal family life due to them and their families being persistently harassed, repeatedly incarcerated and many times even physically tortured by the Zionist police and agents.
This dispersion resulted in the emergence of various Neturei Karta establishments on the broader international scene. These establishments include synagogues, educational institutions, publishing houses and organizations.
The establishments in New York include three synagogues in Brooklyn (Boro Park and Williamsburg), three upstate, and organizations include the Friends of Jerusalem in NY, NY.

Neturei Karta is not - as is often alleged - a small sect or an extremist group of "ultra-orthodox" Jews. The Neturei Karta have added nothing to nor have they taken anything away from the written and oral law of the Torah as it is expressed in the Halacha and the Shulchan Aruch.
The Neturei Karta are fighting the changes and inroads made by political Zionism during the past one-hundred odd years. Guided by the rabbis of our time and under the inspiring leadership of the late Reb Amram Blau, the Neturei Karta refuse to recognize the right of anyone to establish a "Jewish" state during the present period of exile.

Neturei Karta oppose the so-called "State of Israel" not because it operates secularly, but because the entire concept of a sovereign Jewish state is contrary to Jewish Law.

All the great rabbis who in accordance with Jewish Law opposed Zionism at its inception did not do so merely due to consideration of the secular lifestyles of the then Zionist leaders or even for their opposition to Torah heritage and rejection of its values and practices, but due to the fact that the entire concept of a Jewish state is in direct conflict with a number of Judaism's fundamentals.

Condemnation of and segregation from anything connected to or affiliated with the so-called modern day "State of Israel" is based on the Talmud, the key fundamental doctrine of the Oral Tradition handed down by G-d to Moses on Mt. Sinai.
The Talmud in Tractate Kesubos (p. 111a), teaches that Jews shall not use human force to bring about the establishment of a Jewish state before the coming of the universally accepted Moshiach (Messiah from the House of David).
Furthermore it states that we are forbidden to rebel against the nations and that we should remain loyal citizens and we shall not attempt to leave the exile which G-d sent us into, ahead of time.

Neturei Karta forbid any participation with the so-called "State of Israel" or any of its subsidiaries. Neturei Karta followers do not participate in "Israeli" elections nor do they accept any aid from "Bituach Le'Umi" (Social Security), and the educational institutions of the Neturei Karta reject any form of financial support from the so-called "Va'ad HaYeshivos" (equiv. to Department of Education).

The Zionist state employs a set of chief rabbis and uses religious parties to ornament their state with a clerical image. They study the Torah with commentaries altered to clothe the words with nationalistic nuances.
Our rabbis have countless times proclaimed that it matters little which individuals or parties govern in the Zionist state because the very establishment and existence of the state itself is to be condemned and to be deplored.

The true Jews remain faithful to Jewish belief and are not contaminated with Zionism. The true Jews are against dispossessing the Arabs of their land and homes. According to the Torah, the land should be returned to them.

Neturei Karta deplore the systematic uprooting of ancient Jewish communities by the Zionists, the shedding of Jewish and non-Jewish blood for the sake of Zionist sovereignty and the Neturei Karta favor a peaceful transition from the present Zionist rule to a non-Zionist entity.

According to Judaic Law the Torah has the last word. There is no such thing as a majority of Jews who happen to be Jewish by birth who can alter Torah Law in any way.
In fact even the greatest rabbi or as Maimonides writes, "even the greatest prophet" [referring actually to an authentic prophet], has no right to distort or amend even one letter of the Torah.

Rabbi Blau stated shortly before his death that the acceptance by the United Nations of the Zionist state as a member state constituted a grave injustice to the Jewish people. Neturei Karta hope that this great error will be corrected at the earliest opportunity. The Neturei Karta regret that the Zionist state has usurped the holy name of Israel and that the Zionists so often pretend to speak in the name of the Jewish people and assume the right to act on our behalf. Only those rabbis who have not been affected or influenced by the poison of Zionism, can be considered the spiritual leaders of today's Jewry.

The world must know that Zionists have illegitimately seized the name Israel and have no right to speak in the name of the Jewish people!

1 What is the purpose of your organization?

2- What is the basis of your position?

3- What was the Orthodox reaction to Zionism?

4- What is your position on the Palestinian people?

5- What is your position on the State of Israel?

6- What are your concerns besides anti-Zionism?

7- What is the purpose of your organization?

It is misleading to refer to Neturei Karta as an organization. Neturei Karta is the term used to describe those Orthodox Jews who have maintained the traditional Jewish opposition to Zionism.

What is the basis of your position?
Jewry always viewed their exile as a Divine punishment for sins. Thus, exile is the result of metaphysical forces. It cannot be rectified by force, political efforts or any other this worldly means. Jews yearn for the Biblically promised redemption of the entire world to be ushered in by the Heavenly appointed Messiah. This yearning manifested itself over the centuries only in prayer, good deeds and a spirit of penitence. This is the only Divinely sanctioned methodology to end the punishment of exile. Zionism, at root, rejected this sacred view of history. Its vision was and is limited to material cause and effect. Hence, to the Zionist mind -- which has come, tragically, to dominate much of contemporary public discussion -- exile was simply the result of Jewish political weakness. Their solution was to establish political sovereignty over the Holy Land. In order to do so they agitated politically and eventually launched a military conquest in order to capture the Land. Blind to both Torah imperatives and elementary justice they disregarded that a people was already inhabiting the land. Thus, their efforts required the dispossession those who had lived there for centuries, the Palestinian people.

What was the Orthodox reaction to Zionism?
It was overwhelmingly negative. A battle has raged between the forces of Zionism and Torah Jewry for the past century. After the founding of the state some Orthodox Jews have tried to make the best of a bad situation by working within the state to protect religious interests. Hundreds of thousands of Jews worldwide oppose this position. We stand among them. By participating in the state one implicitly recognizes its legitimacy and thus denies the reality of Divine exile and Messianic redemption.

What is your position on the Palestinian people?
Our exilic mission is to live humbly and at peace with all nations. The Zionists have violated the terms of exile by behaving in a consistently barbaric manner towards the Palestinians. We believe that contemporary sovereignty over the Holy Land belongs to those who have lived there for centuries, the Palestinians. If they would be disposed to allow some Jewish communities to live peacefully in their midst is entirely their decision, not ours. After the coming of the Messiah questions of political "rights" will be rendered irrelevant. All men will join together in the joyous worship of their Creator.

What is your position on the State of Israel?
We are, obviously, opposed to its very existence. In practice, we shun any participation in the state and refuse to accept its benefits, financial or other, in any form. In practice we frequently protest against the state's actions and, more importantly, its very existence. We have often joined Palestinians in protests and demonstrations. Our speakers are available to address any organizations on the subject of Zionism. We have often spoken to and visited Arab groups in America and in the Holy Land.

What are your concerns besides anti-Zionism?
In reality all our concerns are one. As Jews throughout the centuries our sole concern is obedience to the Will of G-d as revealed in the Torah. We are, as are all Jews, concerned with any matter which touches on this mission. For example, we are very much involved in efforts to oppose the arrogant demands (often accompanied by threats) by Zionists and others that European nations surrender to them millions of dollars for "reparations" and assorted other payments. This is neither in keeping with the humility demanded of us by exile nor does it square in many cases with the actual facts. Anti-Zionism is simply another part of a G-d centered, sacred world view.


END_OF_DOCUMENT_TOKEN_TO_BE_REPLACED
Add Your Comments
Latest Comments
Listed below are the latest comments about this post.
These comments are submitted anonymously by website visitors.
TITLE
AUTHOR
DATE
who said
X2
re Egypt
gehrig
uhm
X2
one-state vs. two-state
gehrig
OK but
X2
definitions
gehrig
Most Jews are not Zionists
a
part of part of part of a whole
gehrig
Satmar
X2
No problem
gehrig
Support Independent Media
We are 100% volunteer and depend on your participation to sustain our efforts!