Add an Event
Newswire
Calendar
Features
Home
Donate
From the Open-Publishing Calendar
From the Open-Publishing Newswire
Indybay Feature
Related Categories: Palestine | Anti-War
UC Administration supports Israeli occupation: students protest
by z
Thursday May 2nd, 2002 3:27 PM
On May 2 2002, about 500 students gathered in Sproul plaza in Berkeley to protest against University of California support for Israel and the UC administration's attempt to destroy the Palestinian movement on the Berkeley campus. 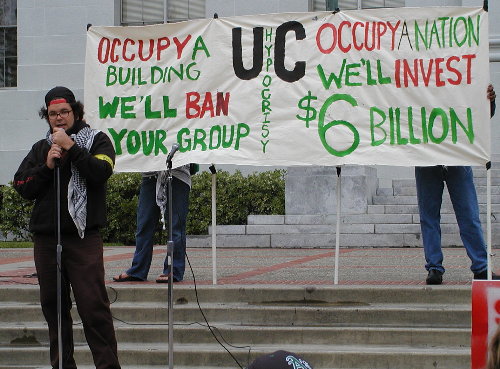 As the Palestinian people remain steadfast and fierce in the West Bank and Gaza Strip, in refugee camps for still another trying day throughout the Arab world and as third-class citizens in Israel proper, they also inspire us all to continue our work in the States and all over the world. In response, powers that be are doing their utmost to silence us. The Students for Justice in Palestine-UC Berkeley's movement to divest from Israel and hold our university accountable has become too loud and too powerful for the administration to ignore us anymore and rather than sit down and negotiate our demands with us they are trying to tape our mouths shut and kick us out of school. As you may have already heard, the University is now building a case to suspend SJP on campus. That means that we cannot table on campus, we cannot distribute literature, we cannot hold rallies or teach-ins, we cannot hold meetings oncampus; essentially we have no freedom of speech or assembly. Why? Because we held a non-violent march and rally that culminated in a sit-in.

This type of response is unprecedented and it is definitely representative of the University's own economic interests and pro-Israeli bias. But that's not all, the University's case also seeks to suspend 41 students involved with the organization for an entire academic year, sending the clear message that our movement is not wanted on campus. Where in Palestine voices of dissent are literally murdered, we are now witnessing the symbolic murder of similar voices on our university campus. The Students for Justice in Palestine demand that the University of California, Berkeley divest their holdings in Israel, stop using our tuition to massacre Palestinian civilians We demand that UC Berkeley condemn the Israeli military siege around our Palestinian sister school, Bethlehem University. We demand that all charges are dropped and that we may continue to exercise our freedom of speech on campus. We are now waging a struggle to get these charges dropped and to remain morally conscious and socially active students at UC Berkeley. To win this struggle we need your help. This week we will be engaging in a number of events that will only be powerful with your support and presence. 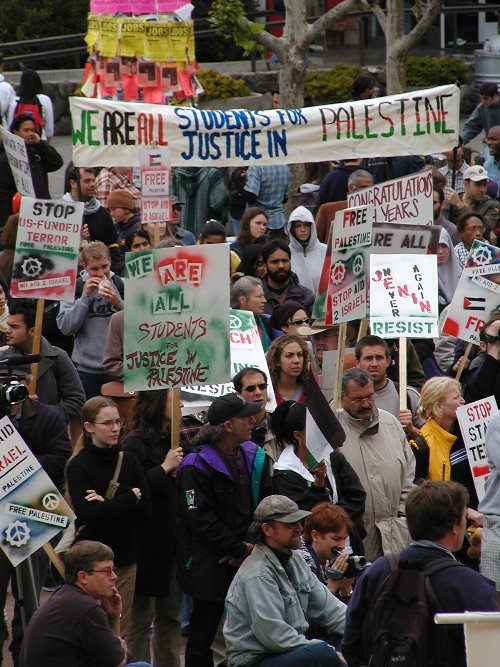 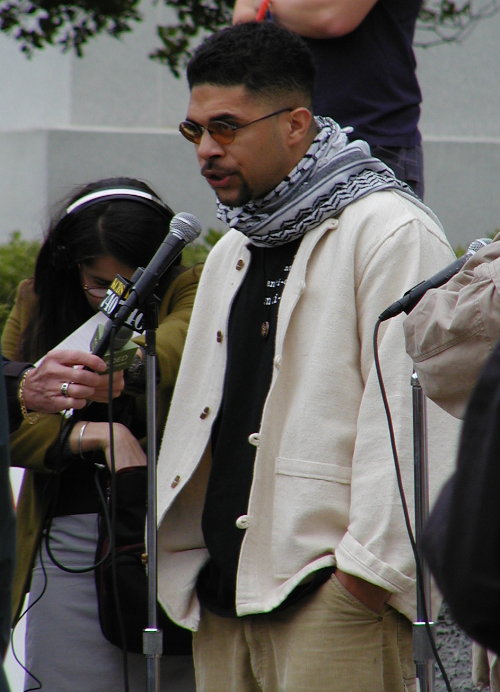 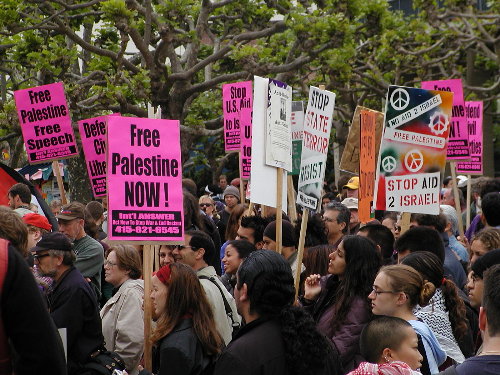 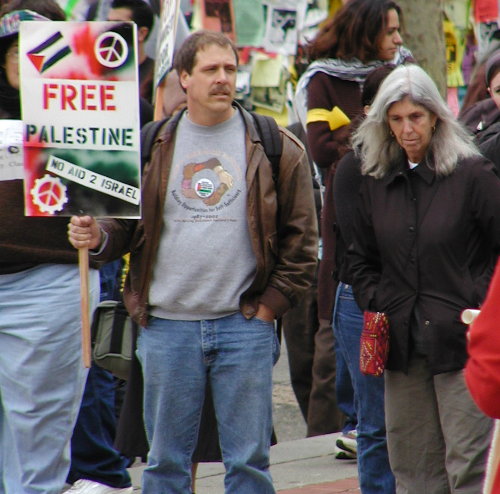 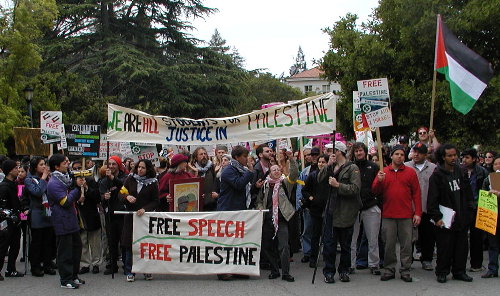 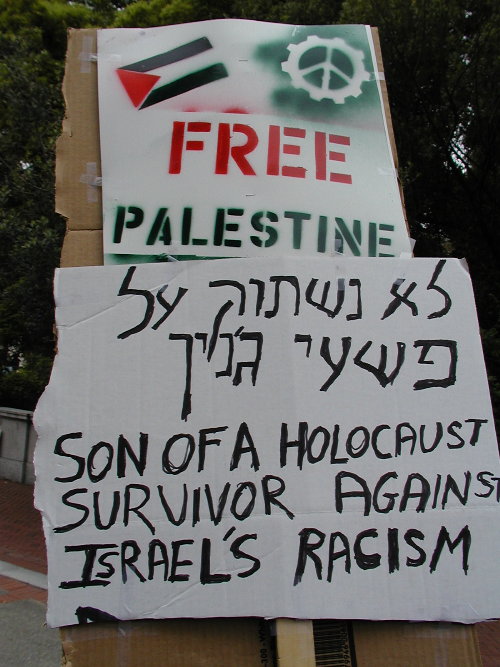 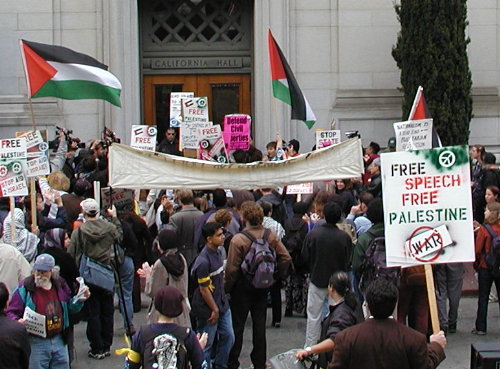 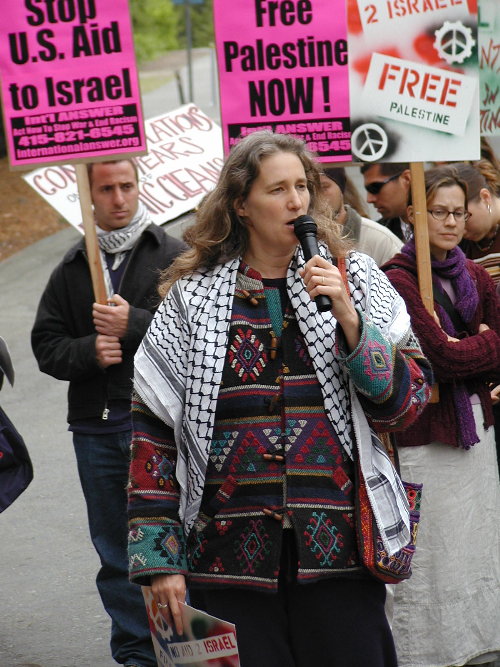 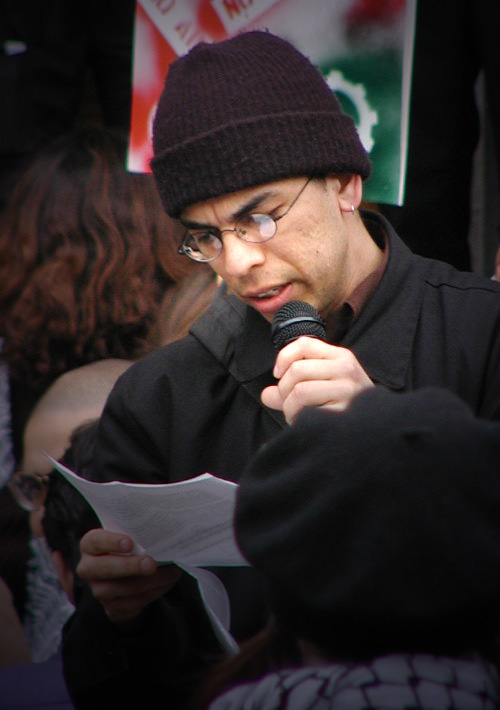 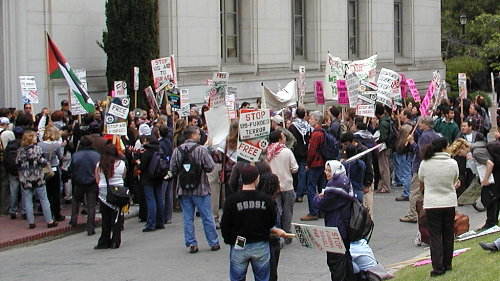 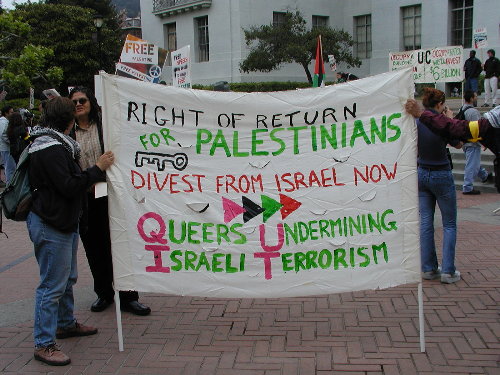