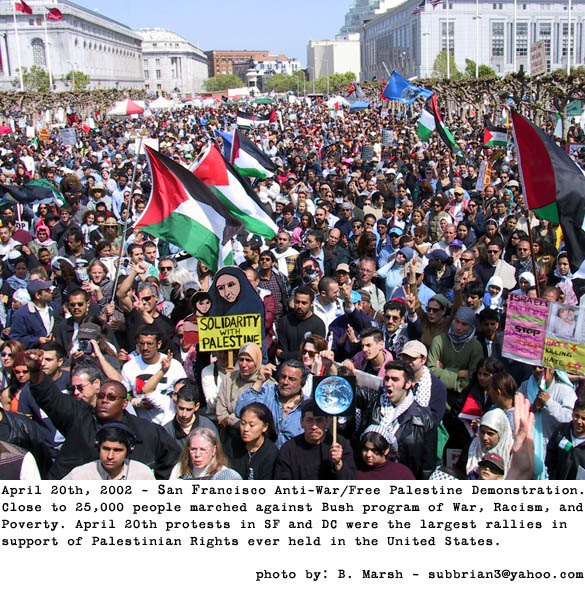 April 20th, 2002 - San Francisco Anti-War/Free Palestine Demonstration.
Close to 25,000 people marched against Bush program of War, Racism, and
Poverty.
April 20th protests in SF and DC were the largest rallies in
support of Palestinian Rights ever held in the United States.

photo by: B. Marsh - subbrian3 [at] yahoo.com
Add Your Comments
LATEST COMMENTS ABOUT THIS ARTICLE
Listed below are the latest comments about this post.
These comments are submitted anonymously by website visitors.