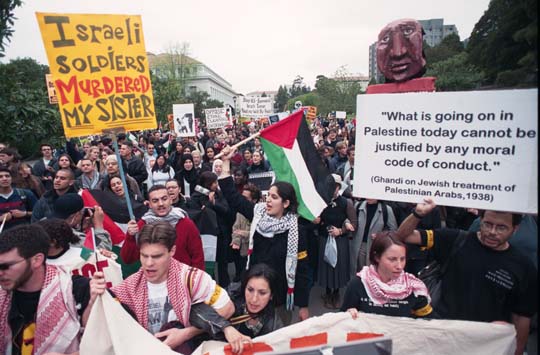 Following a Palestine independence rally at Sproul Plaza, a march formed to Wheeler Hall where the lobby was occupied for several hours before campus police, using pain compliance holds on some, arrested those refusing to leave.
§Outside Wheeler Hall
by buzz
Thursday Apr 11th, 2002 3:04 PM 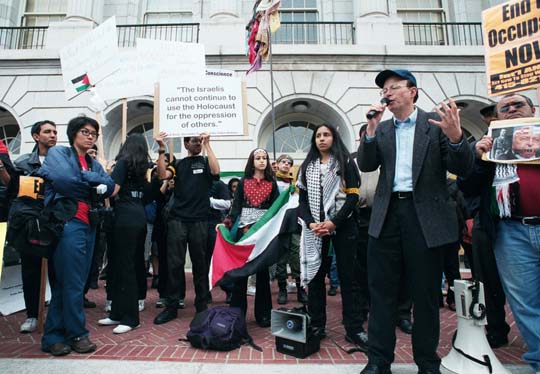 Richard Becker, West Coast spoke person for the International Action Center, spoke on behalf of the oppressed people of Palestine and against war and genocide by the Israeli military.
§Divest from Israel
by buzz
Thursday Apr 11th, 2002 3:08 PM 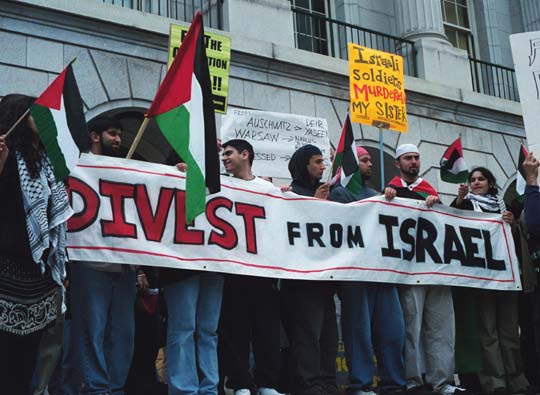 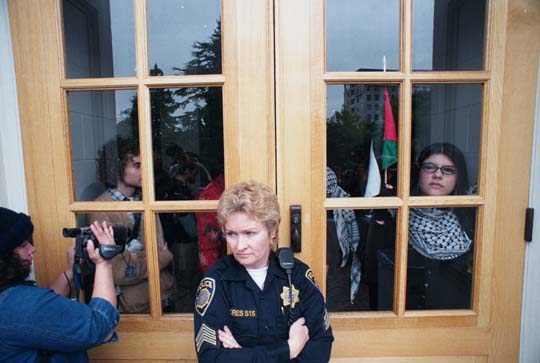 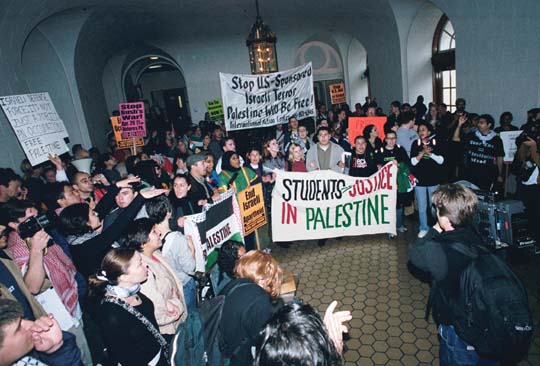 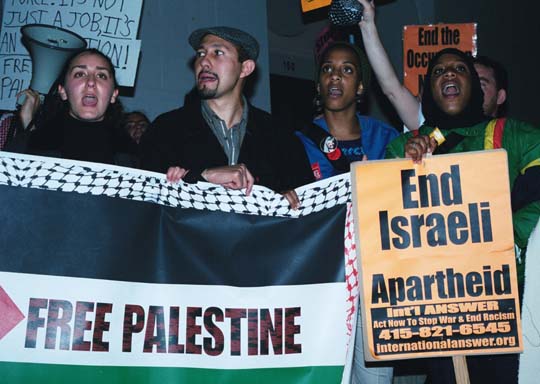