by Ramon du Houx
80 environmental and public health advocacy groups and elected officials have sent a letter of support to Senator Nancy Skinner (D-Berkeley), author of legislation setting a price gouging penalty on refiners to be taken up in a special legislative session called for by Governor Gavin Newsom.

Elected Officials to Protect America (EOPA) California held a press conference on December 5 supporting the windfall profits cap on oil companies just before the governor announced the legislative language for the bill.

Los Angeles, CA—80 environmental and public health advocacy groups and elected officials have sent a letter of support to Senator Nancy Skinner (D-Berkeley), author of legislation setting a price gouging penalty on refiners to be taken up in a special legislative session called for by Governor Gavin Newsom.

SBX 1 2 will set a penalty on California refiners when gas prices and the profits refiners make per gallon off consumers become abnormally high.  California’s big five oil refiners posted overall profits of $67.6 billion in the first nine months of 2022 – nearly quadruple the $17.6 billion recorded for the same period in 2021.

“California’s price gouging penalty is simple – either Big Oil reins in the profits and prices, or they’ll pay a penalty,” said Governor Newsom when he proposed legislative language in December. “Big Oil has been lying and gouging Californians to line their own pockets long enough. I look forward to the work ahead with our partners in the Legislature to get this done.”

The five refiners -- Chevron, Marathon, PBF, Phillips 66 and Valero -- make 97 percent of the gasoline in California.

“We write to express our support for SBX1 2, legislation to create a price gouging penalty that is needed to hold the oil industry accountable and protect Californians from the industry’s greed and profiteering,” the letter said. Click here to read the letter.

“While Californians paid as much as $2.60 more for their gasoline than average US gasoline prices, California oil refiners continued to post record-breaking windfall profits—literally profiting off Californians’ pain at the pump.

“Oil refiners’ reports to their investors showed that the companies more than doubled their margin from refining gasoline in California from an average of 32 cents per gallon over the last twenty years to 69 cents per gallon in the first nine months of 2022. Moreover, their California refining profits were 30 percent greater than their refining profits reported anywhere else in the nation or world.

“Setting a windfall profits cap on refining gasoline will save consumers billions of dollars."

The group urged state lawmakers to set a fixed maximum gross gasoline refining margin—the difference between what refiners pay for crude oil and the wholesale price of the refined gasoline--low enough to protect against future price gouging and penalties high enough to stop refiners from ignoring or circumventing the law. 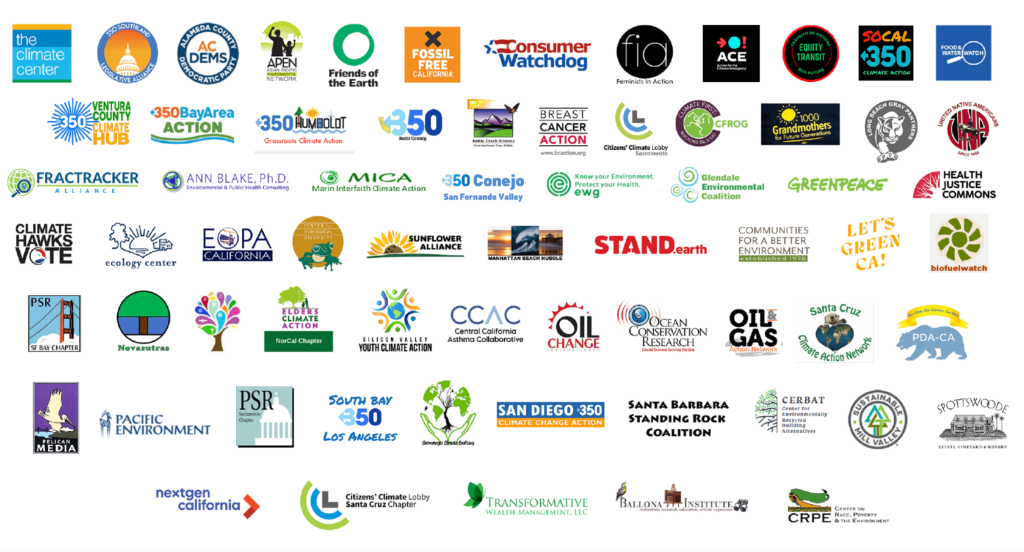 The following organizations signed the letter:

END_OF_DOCUMENT_TOKEN_TO_BE_REPLACED
Add Your Comments
Support Independent Media
We are 100% volunteer and depend on your participation to sustain our efforts!