Today is Joye Braun Day -- We Remember the Lakota Pipeline Fighter: In Her Own Words

by Brenda Norrell
Today is Joye Braun Day, Lakota mother and activist of the Cheyenne River Lakota Nation in South Dakota. We remember Joye, in her own words, from stopping mega loads, protesting the KXL pipeline, and ultimately setting up the first tipi at the resistance to Dakota Access Pipeline in Standing Rock. 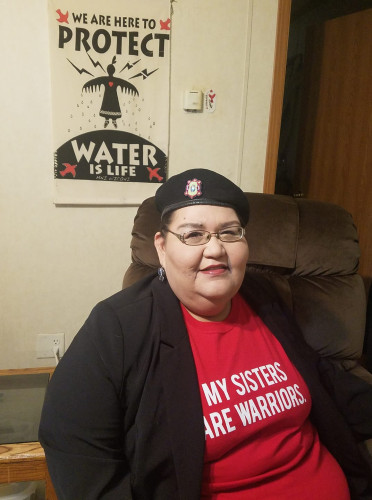 Nearly nine years ago, Lakota Joye Braun halted a mega load on her homeland, the Cheyenne River Lakota Nation in South Dakota. "You see I believe you have to be the change you want, and the day before I just got done talking about being more direct in our actions," Joye said.

Today, we celebrate Joye Braun Day. We remember Joye, journalist, and winner of the Bold Activism Award, when she first set up a tipi at Standing Rock during the first days of the resistance to the Dakota Access Pipeline.

We remember Joye in her own words.

"On April 1st, 2016, tribal citizens of the Standing Rock Lakota Nation and ally Lakota, Nakota, and Dakota citizens, under the group name "Chante tin'sa kinanzi Po" will have a Horse Ride to celebrate the founding of a Spirit Camp that will be erected along the proposed route of the Bakken oil pipeline, Dakota Access."

"This camp will be called Iŋyaŋ Wakȟáŋaǧapi Othí, translated as Sacred Rock, the original name of the Cannonball area. The Spirit Camp is dedicated to stopping and raising awareness of the Dakota Access pipeline, the dangers associated with pipeline spills and the necessity to protect the water resources of the Missouri River."

Read the full article, as we remember Joye today at Censored News:
https://bsnorrell.blogspot.com/2023/01/joye-braun-day-jan-20-2023.html


Censored News is a service to Indigenous Peoples and human rights, with no ads, salaries or revenues. Born out of censorship, today it is a collective with 22 million page views.
END_OF_DOCUMENT_TOKEN_TO_BE_REPLACED
§
by Brenda Norrell 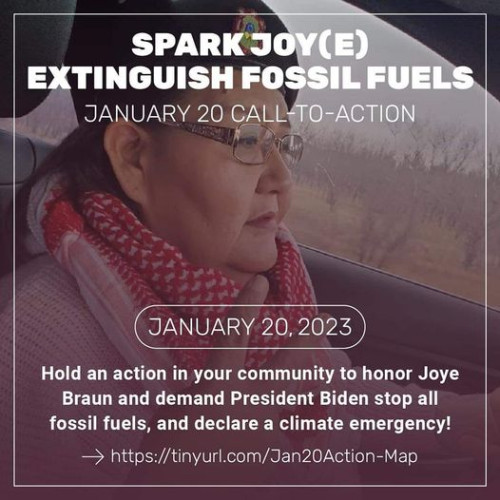 original image (526x526)
END_OF_DOCUMENT_TOKEN_TO_BE_REPLACED
Add Your Comments
Support Independent Media
We are 100% volunteer and depend on your participation to sustain our efforts!