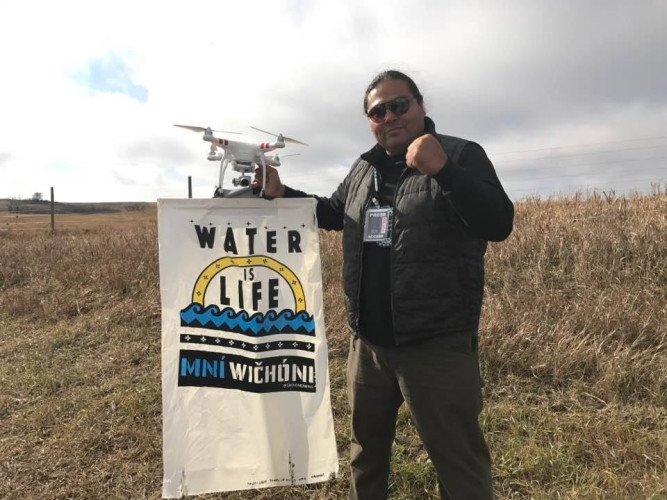 FALLON PAIUTE SHOSHONE LAND -- When Paiute journalist Myron Dewey live streamed the day before his death from the Fallon bombing range, he was doing what he did best, what he had done at Standing Rock. But now, Myron was defending his homeland, the homeland of Wovoka, who like Myron, lived on Walker River Paiute land.

"Protect your spirits, because you are in a place where spirits get eaten," said John Trudell, whose wife and children died in a house fire in nearby Duck Valley while John was protesting the BIA in Washington.

Myron was opposing the expansion of the Fallon bombing range on Paiute Shoshone homelands, and the war machine in Nevada. Bombing, live combat fire, and electronic warfare are carried out here by the Navy Seals' special ops.

"Genocide," was the word that Myron used in his final words as he live-streamed at the Fallon bombing range. The next day, a truck hit his car head-on, on an isolated dirt road near his family's home on Sept. 26, 2021, near Yomba, Nevada.

"Genocide," is the word Myron wanted his grandchildren to remember.

Article copyright Brenda Norrell, Censored News
END_OF_DOCUMENT_TOKEN_TO_BE_REPLACED
Add Your Comments
Support Independent Media
We are 100% volunteer and depend on your participation to sustain our efforts!