by Khubaka, Michael Harris
The Great State of California is poised to align bipartisan support with the new U.S. Strategy Toward Sub-Saharan Africa, which outlines foreign policy objectives to bolster relations with African nations, listening to diverse local voices, and widen the circle of engagement to advance strategic objectives for the benefit of both Africans and Americans. 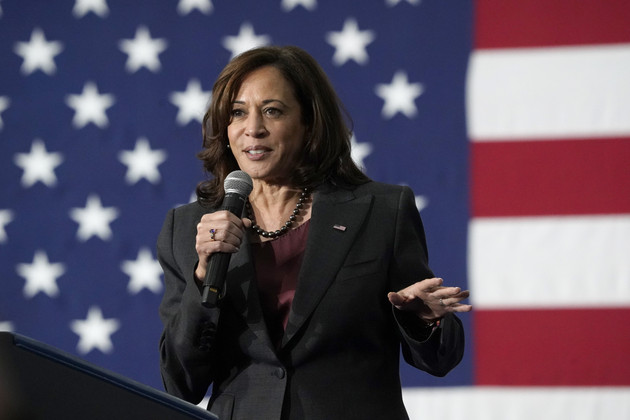 By the authority vested in me as President by the Constitution and the laws of the United States of America, and in order to strengthen the dialogue between United States officials and the African Diaspora by elevating engagement through collaboration, partnership, and community-building among the United States, Africa, and other nations globally, it is hereby ordered as follows:

August 2022, my Administration released the U.S. Strategy Toward Sub-Saharan Africa, which outlines our foreign policy objectives to bolster relations with African nations, listen to diverse local voices, and widen the circle of engagement to advance our strategic objectives for the benefit of both Africans and Americans.

Sec. 3. Membership. (a) The Advisory Council shall consist of not more than 12 members, appointed by the Secretary of State, who are representatives of and reflect the diversity of the African Diaspora from African American and African immigrant communities, including individuals who have distinguished themselves in government, sports, creative industries, business, academia, social work, and faith-based activities. Appointments to the Advisory Council shall be made without regard to political affiliation.

(b) Members of the Advisory Council shall serve for 2-year terms without compensation or reimbursement.

(c) The Secretary of State shall designate one of the members of the Advisory Council to serve as Chair.

(d) The Secretary of State shall designate a senior officer or employee of the Department of State to serve as Executive Director of the Advisory Council.

(b) In providing the advice described in subsection (a) of this section, the Advisory Council shall provide information, analysis, and recommendations that address the following, in addition to other topics deemed relevant by the Secretary of State, in coordination with the APNSA and the APDP:

(i) strategies to advance equity and opportunity for African Diaspora communities, including through efforts coordinated by the Domestic Policy Council under Executive Order 13985 of January 20, 2021 (Advancing Racial Equity and Support for Underserved Communities Through the Federal Government);

(iii) programs and initiatives to strengthen cultural, social, political, and economic ties between African communities, the global African Diaspora, and the United States, such as the Young African Leaders Initiative, and address challenges and opportunities to advance inclusion, belonging, and public awareness of the diversity, accomplishments, culture, and history of the African Diaspora;

(iv) programs and initiatives, such as the International Visitor Leadership Program, to expand educational exchange programs between Africa and the United States;

(v) programs and initiatives to increase public- and private-sector collaboration and community involvement in improving the socioeconomic well‑being of African Diaspora communities; and

(vi) programs and initiatives, such as Prosper Africa, to increase participation of members of the African Diaspora in the United States with regard to trade, investment, economic growth, and development programs relating to Africa.

Sec. 5. Administration. (a) The Department of State shall provide funding and administrative support for the Advisory Council, to the extent permitted by law and within existing appropriations.

(b) The Advisory Council shall meet in plenary session on a quarterly basis, at a minimum, or more frequently as necessary.

Sec. 6. General Provisions. (a) Insofar as the Federal Advisory Committee Act, as amended (5 U.S.C. App.) (the “Act”), may apply to the Advisory Council, any functions of the President under the Act, except for those in section 6 of the Act, shall be performed by the Secretary of State in accordance with the guidelines issued by the Administrator of General Services.

(b) Nothing in this order shall be construed to impair or otherwise affect:

(i) the authority granted by law to an executive department or agency, or the head thereof; or
(ii) the functions of the Director of the Office of Management and Budget relating to budgetary, administrative, or legislative proposals.

(c) This order shall be implemented consistent with applicable law and subject to the availability of appropriations.

(d) This order is not intended to, and does not, create any right or benefit, substantive or procedural, enforceable at law or in equity by any party against the United States, its departments, agencies, or entities, its officers, employees, or agents, or any other person.

JOSEPH R. BIDEN JR.
President of the United States of America
Add Your Comments
Support Independent Media
We are 100% volunteer and depend on your participation to sustain our efforts!