SF Rally in Solidarity with the Workers & People of Peru: US Out of Peru 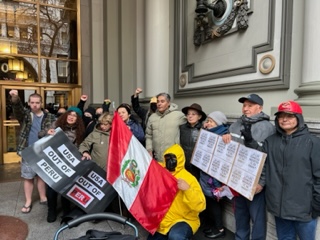 A solidarity rally was held in San Francisco at the Peruvian consulate on 1/13/23
to protest the massacres and coup supported by the US in Peru. Speakers talked
about right wing organized coup by the Fujimora forces to overthrown the Pedro
Castillo government with the direct support of the United States.

This support action was initiated by the United Front Committee For A Labor Party
UFCLP and had speakers from communities.

Additional Media:
The Coup In Peru,The US, NED, AFL-CIO & The Massacres With Lucretia Bermudez
https://youtu.be/VIMVJ4qVMs8 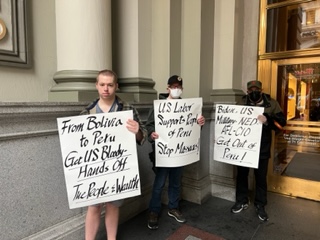 Protesters connected the coup in Peru with the cop in Bolivia. Both were supported by the CIA, US military and the NED which funds the AFL-CIO Solidarity Center
END_OF_DOCUMENT_TOKEN_TO_BE_REPLACED
§Victims Of US Coup
by Labor Video Project 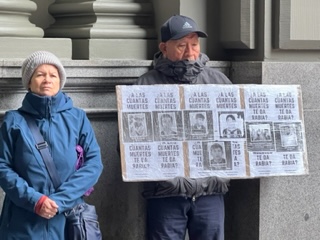 Participants in the rally remembered the victims of the coup who have been massacred in cold blood by the US supported military.
END_OF_DOCUMENT_TOKEN_TO_BE_REPLACED
Add Your Comments
Support Independent Media
We are 100% volunteer and depend on your participation to sustain our efforts!