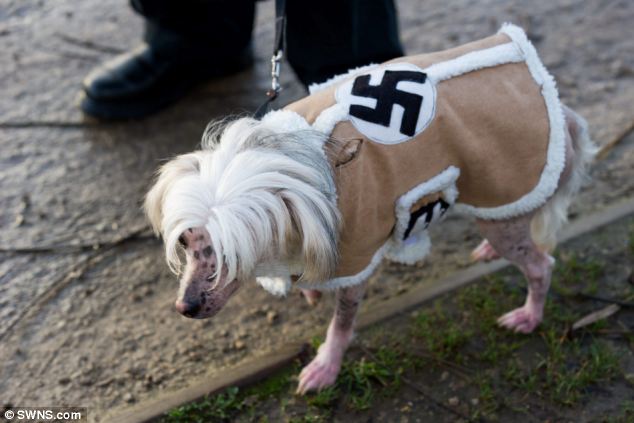 Outing campaign contributors to Donald J. Trump, right-wing fascist election deniers and the extreme right-wing Freedom Caucus that have routinely been threatening our democracy with their involvement in suppressing our voting rights across the nation, has revealed that by doing business with Fit “N” Furry Pet Resort in Petaluma, that it may be a threat, or clear and present danger to our existing democracy.

According to public records, Marcia Garl, the owner of Fit “N” Furry Pet Resort, made a $285.00 campaign contribution to Donald J. Trump For President, Inc., originally recorded on 10/06/2020.

This is the same twice impeached Donald J. Trump that the House select committee investigating the January 6, insurrection at the Capitol recommends barring twice impeached Trump from ever holding office again. Trump’s relentless attempts to subvert and overturn the 2020 election with his never ending election denier lies that continue to haunt our nation as a continuing threat to our democracy, has raised the ghost of Hitler in the minds of the right-wing pigs attacking our nation.

Recently, in Brazil, the same tactics used on January 6, were used there in an attempt to over turn election results there.

That''s right! Public documents have revealed that right-wing extremist Marci Garl a.k.a. Marcia Garl, owner of Fit “N” Furry Pet Resort & Training Center in nearby Petaluma, may be involved in making campaign contributions to persons and organizations that may be involved in threatening our democracy.

Additionally, Marci Garl also made a $385.00 campaign contribution to fascist Lauren Boebert for congress, and made campaign contributions to the right-wing NRCC, Winred, and Kevin Kiley https://dccc.org/opportunistic-extremist-kevin-kiley-decides-to-lose-another-race/ .

One can only wonder why the website for Fit “N” Furry Pet Resort fails to mention on their website that its owner Marcia Garl is a rabid right-wing supporter and campaign contributor to twice impeached Donald J. Trump, the election deniers and the fascist right-wing extremist Freedom Caucus, recently involved in extorting power through Kevin McCarthy, by withholding their support for him as the Speaker of the House until he capitulated https://www.peoplesworld.org/article/right-wing-extremists-block-election-of-a-house-speaker/ .

Is it possible that Marci Garl is keeping her right-wing activities as a hidden secret from the dog and cat lovers doing business with her who may not want to hear about their hard earned dollars being used as campaign contributions that may support people that may be connected to fascists, white supremacists, neo-Nazis, the Ku Klux Klan, Oath Keepers, Proud Boys, and other right-wing fascists involved in threatening or democracy?

Indeed, ask yourself this. Why would you, or anyone want to trust their pets with Marcia Garl and the right-wing extremists at Fit “N” Furry Pet Resort while they have a D minus rating, according to the Better Business Bureau?

Why support Fit “N” Furry Pet Resort when you could just as easily take your pets to nearby K9 Country Club & Kitty Spa https://www.k9countryclubpetaluma.net/, or It’s A Dogs Life https://dogslifepetaluma.com/ , or other pet services listed, as a way to avoid supporting the right-wing cabal of extremist election deniers and right-wing Congressional, Trump supporting pigs who want to suppress your voting rights, and overturn our elections in the name of creating a dictatorship?

Indeed, public documents have revealed that right-wing extremist Marci Garl a.k.a. Marcia Garl, owner of Fit “N” Furry Pet Resort & Training Center in nearby Petaluma, may be involved in making campaign contributions to persons and organizations that may be involved in threatening our democracy.