by Ramon du Houx
The Summit focused on the urgency for affordable clean energy security for all Californians – and highlighted energy solutions including scaling up offshore wind power. EOPA CA also supported Governor Newsom’s windfall profits cap on oil companies that are price gouging Californians at the pump

The VolturnUS, designed by Habib Dagher off the coast of Maine. It was the first offshore wind floating turbine that provided electricity to the US grid. Photo Ramona du Houx

At 9:30 on the Capitol steps, state and local lawmakers urged legislation on a windfall profits cap on oil companies as a penalty. Revenues collected would become rebates for consumers.

While crude oil prices were dropping, oil and gas companies were raising prices on California consumers by a record 84 cents per gallon in just 10 days.

“Oil refiners more than doubled their CA profits from the recent gas price spikes,” said Assemblymember Alex Lee. “This is just the latest of countless incidents underlining the urgency for California to become energy independent from fossil fuels. My message to the oil companies is: It’s plain and clear to the legislature, the governor and the American people that you are price gouging and engaging in unfettered corporate greed using inflation to cover up your tracks but we see you”

Elected Officials to Protect America (EOPA) California local electeds from frontline communities talked about how their communities are being affected from gas prices as the oil industry continues to rake in billions of dollars in profits with no regard for how it hurts Californians, our climate and security.

“We must protect consumers from price gouging. We urged action to bring justice and security to the people of California, and enact a windfall profit cap on oil companies,” said Alex Cornell du Houx, former Maine state Representative, Marine combat veteran, President of Elected Officials to Protect America and Co-Founder. “Too many people have been forced to cut back on necessities just to fill their tank for their working commute. This issue highlights the absolute necessity to become energy independent from fossil fuels. People shouldn’t needlessly suffer from oil price fluctuations, and deadly greenhouse gas emissions. The transition to a 100 percent clean energy economy must be accelerated for our national security.” 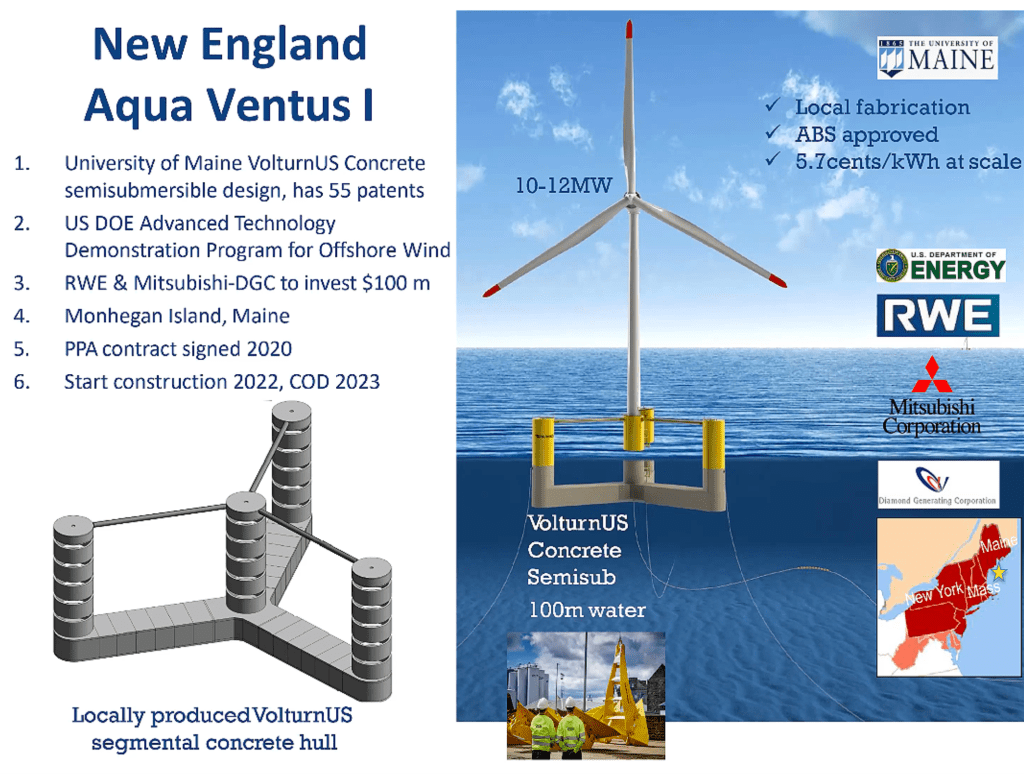 At the summit, hosted by the California Energy Commission (CEC), a range of experts discussed how transitioning to a 100 percent clean energy economy is key to California's prosperity with an equitable transition from fossil fuels. The road to become energy independent will protect peoples’ pocketbooks from fossil fuel fluctuations and their health from hazardous fossil fuel fumes that also cause greenhouse gas emissions — while protecting our national security and planet.

There was a major focus throughout the day on the potential of offshore wind to accelerate this goal. With the passage of  the Inflation Reduction Act and multiple administrative actions over the past two years, Congress and the Biden administration have begun to set the stage for developing responsible offshore wind leasing, promoting good union jobs, and prioritizing environmental justice communities. Offshore wind is a more cost-effective energy source than oil and gas, and the Inflation Reduction Act contains provisions that allow the United States to make progress on the goal of achieving 30 gigawatts of offshore wind by 2030, and 15 gigawatts of floating offshore wind—a necessary and timely investment in the effort to transition away from volatile fossil fuels.

“Our summit gathered over 100 of EOPA California’s 462 elected official members from 49 counties, representing more than half of all Californians who are leading our state’s transition to 100 percent clean energy and working to address fossil fuels’ high costs to Californians and our climate,” said Dominic Frongillo, Executive Director and Co-Founder of Elected Officials to Protect America.  “The Summit highlighted offshore wind power’s pivotal role transitioning California off of our dependence on fossil fuels as we electrify our transportation and building sectors. I was thrilled to announce EOPA California’s letter supporting accelerating offshore wind development signed by over 125 elected officials across the state.” 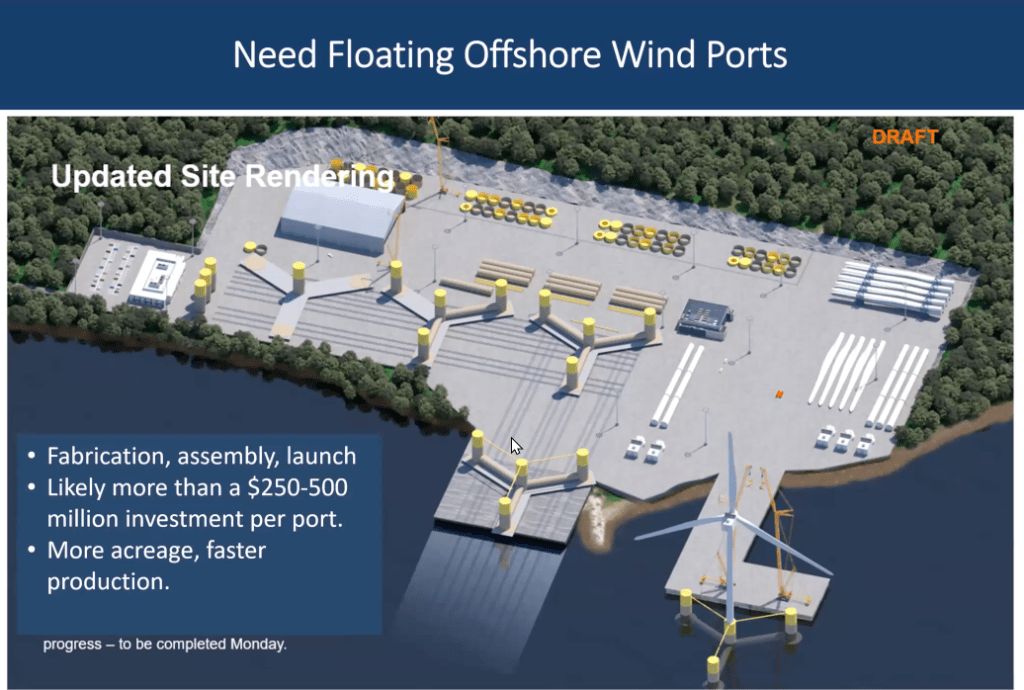 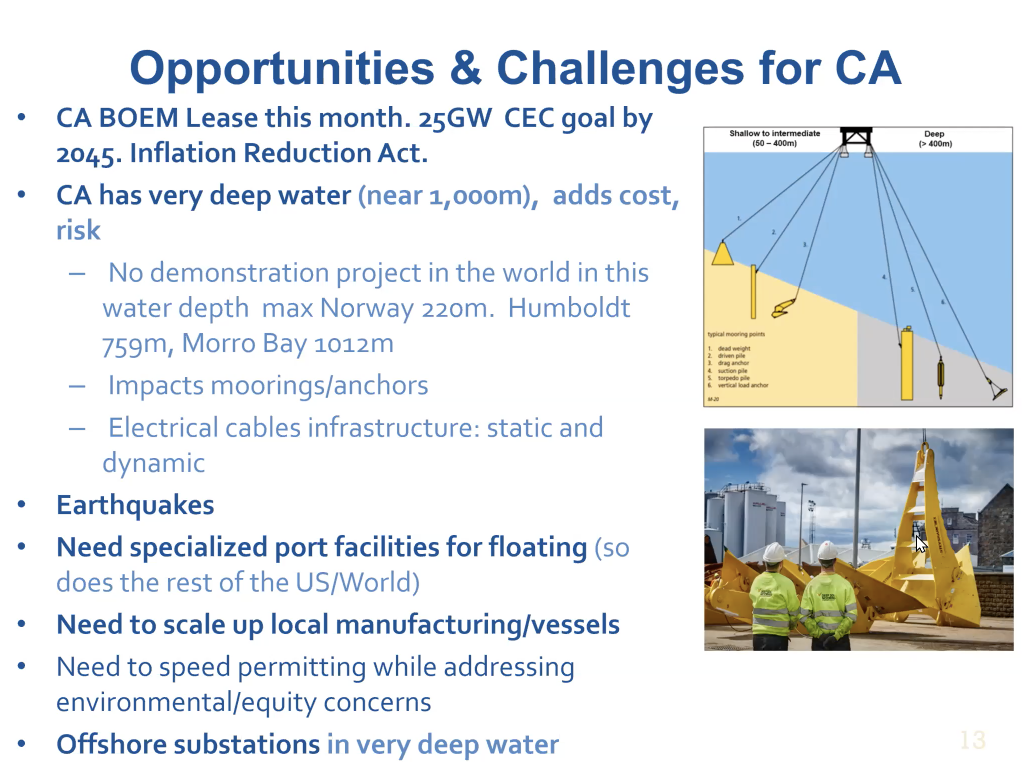 CEC Executive Director Drew Bohan was the first notable speaker and explained the role his agency is playing in helping the state achieve 100 percent clean energy and how offshore wind development will help.

Dr. Habib Dagher, inventor of America’s first offshore wind floating turbine that has sent power to the grid, gave a powerpoint explaining unique technology developed at the University of Maine Advanced Structures and Composites Center, where he is the Executive Director.  Offshore wind turbines in California will all be located in deep federal waters where only floating turbines can be deployed.

“The Bureau of Ocean Energy Management will hold America’s first floating offshore wind lease sale on December 6 with 43 bidders. This is huge. The offshore wind energy potential for America could power the entire 4 times over. How we build out and work with communities taking incremental steps to build on are key,” said Dr. Dagher.

The author of the legislation that became the state’s offshore wind law, AB 525, San Francisco City Attorney David Chiu addressed the gathering on the challenges of passing his legislation and how the buildout of offshore wind will grow the economy adding thousands of good paying union jobs in multiple sectors, while helping underserved communities.

“The climate crisis is the defining issue of our time,” said San Francisco City Attorney David Chiu, author of Assembly Bill 525, which will kick start offshore wind energy development along the California coast. “With offshore wind, we have an opportunity to not only meet our clean energy goals but also to provide thousands of good-paying jobs in the process.The CEC’s offshore wind goal is 25GW by 2045. That’s enough electricity for 8 million homes. We wrote the offshore wind legislation to encourage investments and it’s working.”

The climate crisis has brought extreme weather to the state in the form of drought and apocalyptic fires which has made Chiu determined to help the state transition to 100 percent clean energy and he sees offshore wind as key to that goal. Plus he has a young son, Lucus. One day his son saw him watching an offshore wind video and became fascinated saying, ”Pappa that’s cool, someday I want to work on that.” 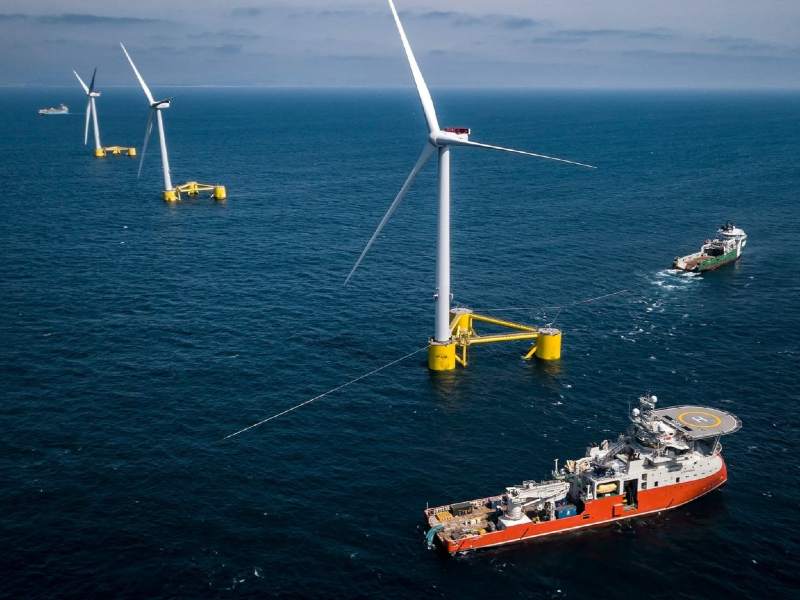 “During the fires, I remember having to explain to Lucus why the sky turned orange. This is for his generation and the one after. It’s for their future,” added Chiu. “We need to act now for them.”

Tribal and equity issues to ensure a responsible offshore wind build-out in California were major points in discussions.

“We are still a food desert but recent grant opportunities have put us in a better place. We have 50 homes without electricity and sustainable water systems. Our hope is that Offshore Wind can help fix these problems,” said Phillip Williams, Councilmember, Yurok Tribe, veteran, EOPA CA Leadership Council.

Photo: Phillip Williams, Councilmember, Yurok Tribe, veteran, EOPA CA Leadership Council speaking at the morning press conference with EOPA CA and Assemblyman Alex Lee, on the need to enact a windfall profit cap on oil companies for price gouging. Williams said the medium income for his Tribe is $11,000, so gas prices really cut into the lives of his people. Photo courtesy Greenpeace.

Elected Officials to Protect America is a network of current and former elected officials who care deeply about protecting the planet and people. EOPA is committed to solving the climate crisis, ensuring environmental justice, and protecting our lands and waters. EOPA educates through value-based storytelling, training lawmakers, and connecting elected officials to inspire strong environmental leadership.
EOPA California is a statewide, non-partisan network of California elected officials committed to protecting our communities, public health, and climate for all we represent.

END_OF_DOCUMENT_TOKEN_TO_BE_REPLACED
Add Your Comments
Support Independent Media
We are 100% volunteer and depend on your participation to sustain our efforts!