by Labor Video Project
AFL-CIO president Liz Schuler has said that " "I commend and thank
rail workers and their unions for tenaciously taking on some of the biggest corporations in America over the last three years to reach a contract." The bill that was passed imposed an agreement that left out sick pay. Los Angeles Roofer's Local 36 Business Manager Cliff Smith discusses why this is a betrayal during this interview. 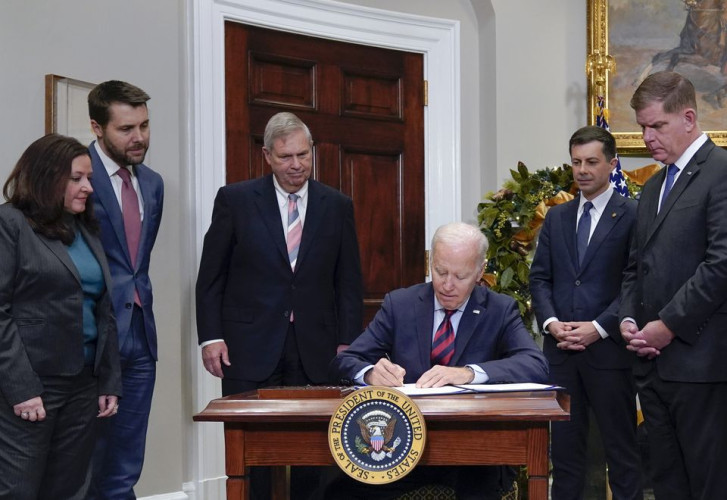 original image (960x660)
After the Democrats and Republicans in Congress passed a bill that ordered 120,000 railway
workers to work under only one day sick day off a year, Liz Schuler claimed the workers had voted
for the contract agreement in a AFL-CIO tweet.
She also pushed the Biden Marty Walsh Deal with US rail union leaders and claimed it was a great
success. The bill had been demanded by Democratic president Biden and Labor Secretary Marty Walsh and it was allowed to pass by Senator Bernie Sanders who could have stopped the vote to impose this White House deal.
Los Angeles Roofer's Local 36 Business Manager Cliff Smith has called out Schuler for betrayal
of the US labor movement in her statement after the Senate vote pushed a reactionary contract
down the throats of railroad workers. After the Senate voted she said "I commend and thank
rail workers and their unions for tenaciously taking on some of the biggest corporations in America
over the last three years to reach a contract."
Smith talks about the role of the Democratic Party, the need for a workers party and also the role
of the leadership California AFL-CIO leadership in the UC UAW strike. They have refused to
make any demands of Democratic governor Gavin Newsom who is on the Board of UC regents
and also the Democratic legislature which controls UC. UC bosses are spending millions on union
busting lawyers. The UC Labor Relations director Letitia Silas who was formerly at the firm Jackson
Lewis which is the largest anti-labor law firm in the US and were centrally involved in fighting the
unionization of Bezo's Amazon by intimidation and massive violation of union labor right laws.
The president of the California AFL-CIO Katherine Lybarger is also president of UC AFSCME
3299 with more than 30,000 workers and she has refused to mobilize her membership to back the
UC UAW strikers demands for a COLA and housing.
This interview was done on 12/2/22 by Pacifica's Steve Zeltzer
Additional media:
Biden & Republicrats Union Busting Bill Against Railway Workers & Their Fight For Sick Pay
https://youtu.be/dWHF-I2rll0
Enough Is Enough! 125,000 Railworkers Want A Life: Report By Gabe Christenson Co-chair RWU
https://youtu.be/syUgtIFdl-k
US Rail Workers Fed Up & On Verge Of National Strike Over Working Conditions, Health & Safety
https://youtu.be/O3N_lKLZ6P0
BNSF Railroad Worker Jen Wallis On Health And Safety, Rail Labor, One Man Crews & Warren Buffet
https://youtu.be/unVzlsgWGn8
BNSF Nears Shift To One-Member Crews, Possibly Even on Dangerous Oil Trains
http://desmogblog.com/2014/07/22/bnsf-nears-shift-one-member-crews-possibly-even-dangerous-oil-trains
http://scienceblogs.com/thepumphandle/2014/07/09/safety-whistleblowers-on-warren-buffetts-railroad/
http://earthfix.opb.org/energy/article/workers-question-safety-culture-in-railroads-hauli/
https://soundcloud.com/workweek-radio/ww12-26-17-campaign-for-railroad-workers-facing-trial-for-lac-megantic-wreck
http://railroadworkersunited.org/lac-megantic/
https://static1.squarespace.com/static/505b96a8c4aa40a37a143c49/t/5814d3da37c581849ea8c40e/1477759962784/If+you+Care+About+Rail+Safety+Yoiu+Must+Support+Tom+Harding.pdf
http://www.cbc.ca/beta/news/canada/montreal/mma-lac-megantic-trial-jonathan-couture-1.4423964
Labor Video Project
http://www.labormedia.net
END_OF_DOCUMENT_TOKEN_TO_BE_REPLACED
§AFL-CIO President Liz Schuler With Biden and Rail Union Officials
by Labor Video Project 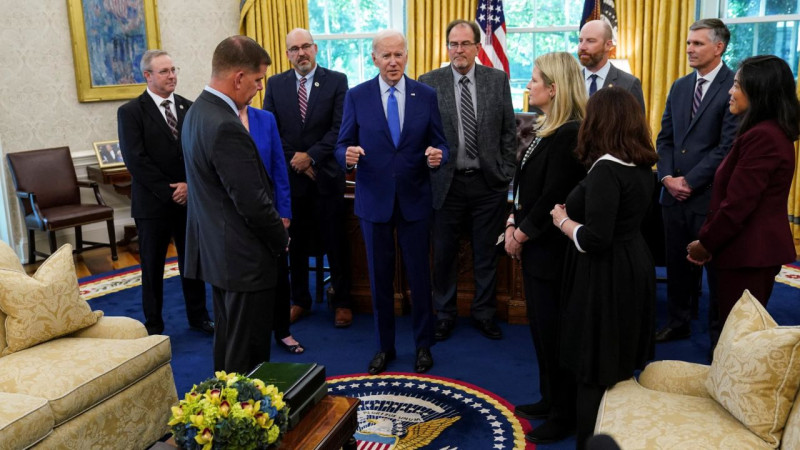 original image (1280x720)
AFL-CIO president Liz Schuler in a tweet commended the unions for accepting a new union agreement. The facts according to Los Angeles Roofer's Local 36 Business Manager Cliff Smith is that there was no agreement but a bill imposing a deal that had no sick days off and benefited BNSF billionaire owner Warren Buffet and other capitalists.
END_OF_DOCUMENT_TOKEN_TO_BE_REPLACED
§Letisha Silas UC Labor Relations Director Worked For Union BusterssJackson Lewis
by Labor Video Project 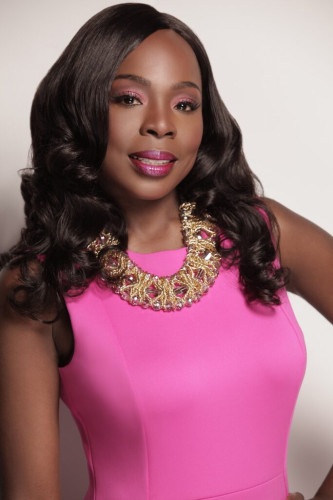 original image (1421x640)
The fight for paid sick pay for railroad workers was undermined according to Los Angeles Roofer's Local 36 Business Manager Cliff Smith when Biden, his Labor Secretary Marty Walsh and the Democrats in Congress joined with the Republicans in imposing a deal without sick leave.
END_OF_DOCUMENT_TOKEN_TO_BE_REPLACED
Add Your Comments
Support Independent Media
We are 100% volunteer and depend on your participation to sustain our efforts!