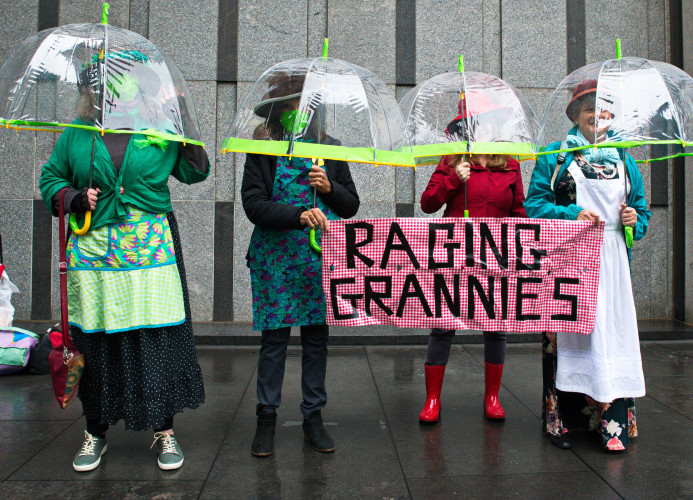 The initial forecast was for heavy rain but that was not going to stop the Raging Grannies from their protest at San Francisco's Philip Burton Federal Courthouse. With their hemispherical umbrellas almost carried away by the wind, they joined RiseUp4Abortionrights, Progressive Unity and Ruth Sent Us to mobilize opposition against a politicized and retrogressive Supreme Court.

They sang a much improved version of the Marine Corps Hymn and the ever relevant Solidarity Forever, brought up to date.

They handed out leaflets.

They spread banners near the Court House entrance and wore "bloody" pants illustrating the results of now illegal botched abortions.

They attached signs carrying examples of the lame excuses people use to avoid the issue to a volunteer "wall of shame." See this video by Lis Cox. 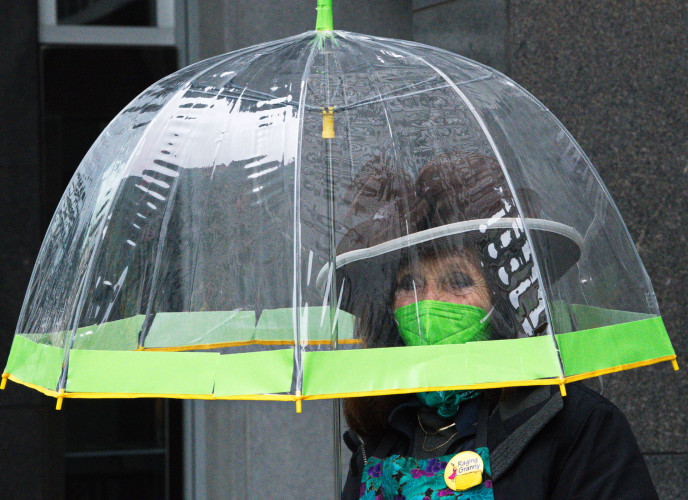 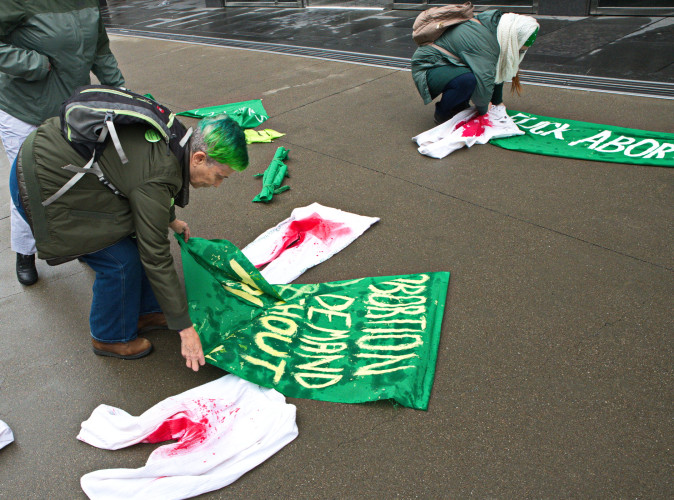 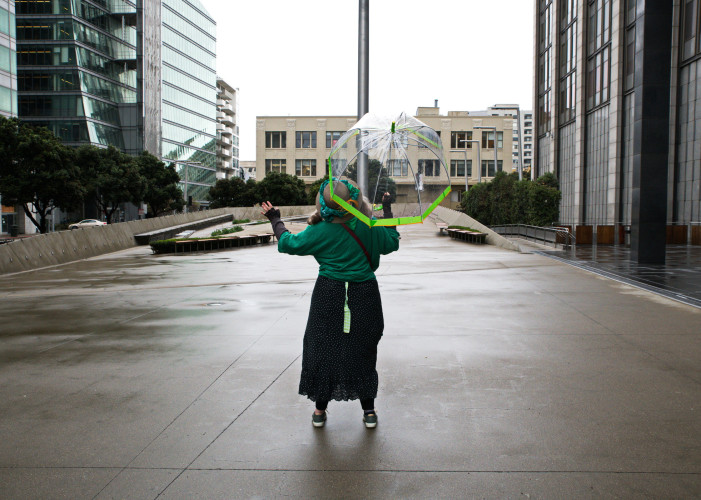 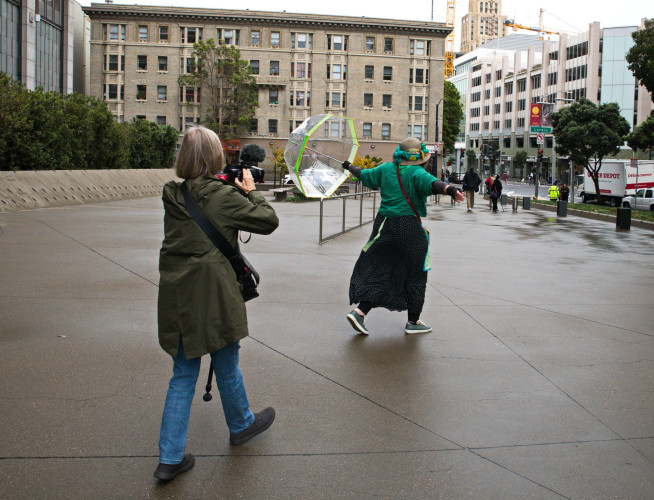 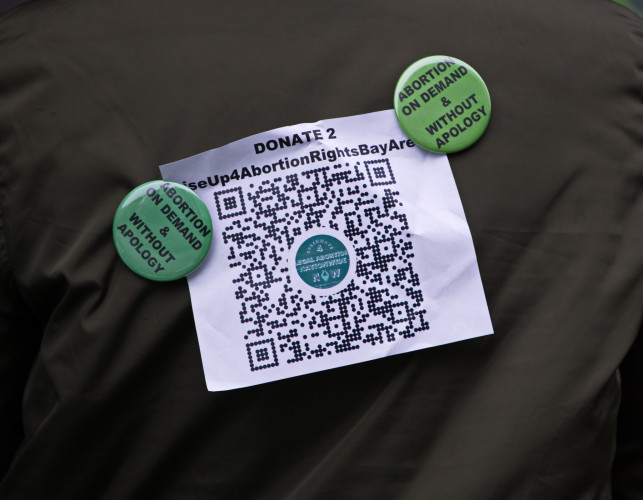 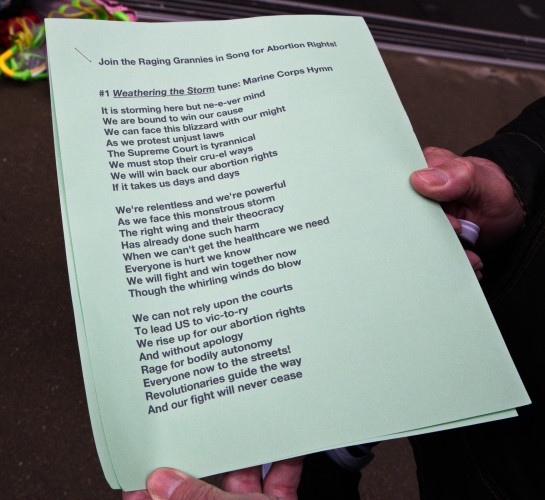 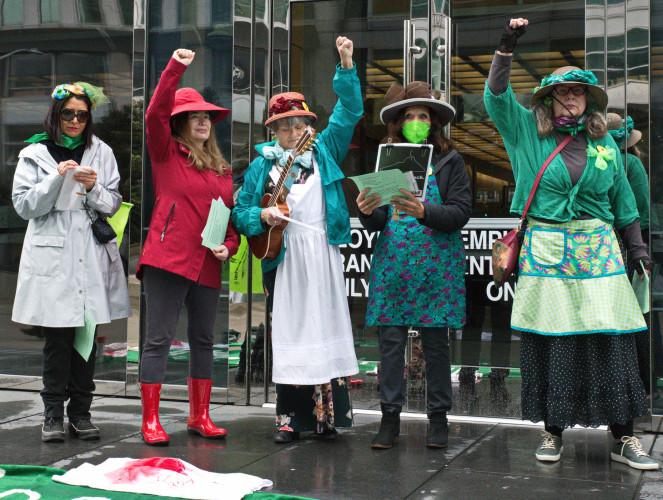 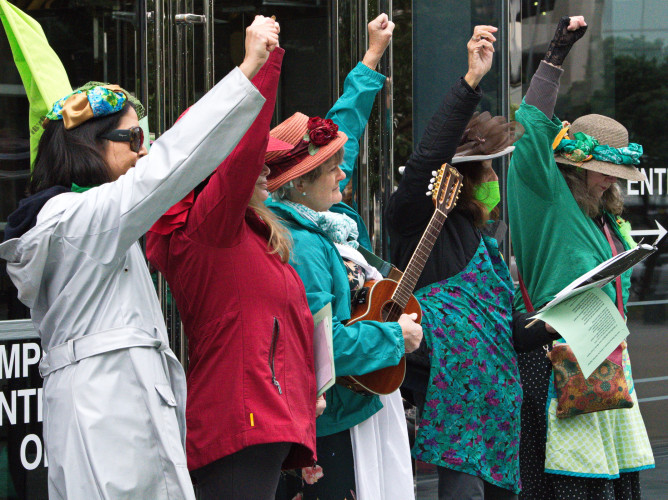 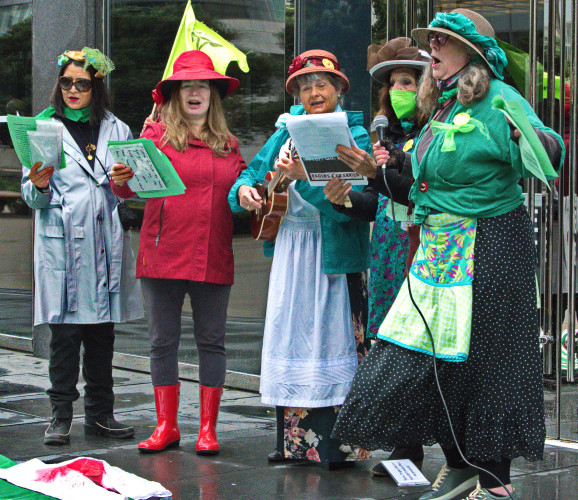 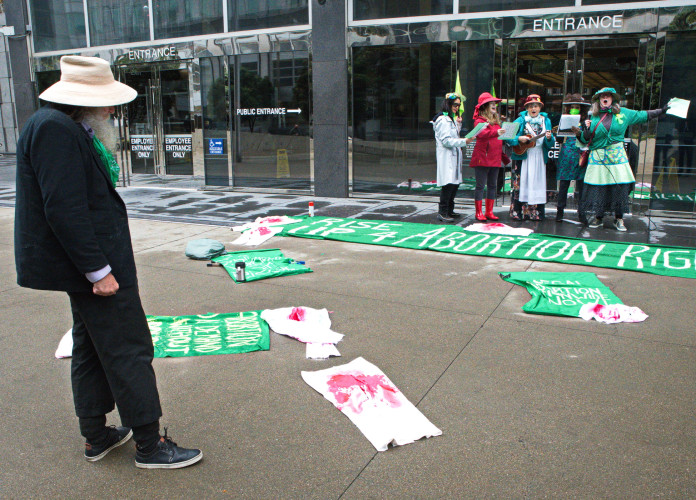 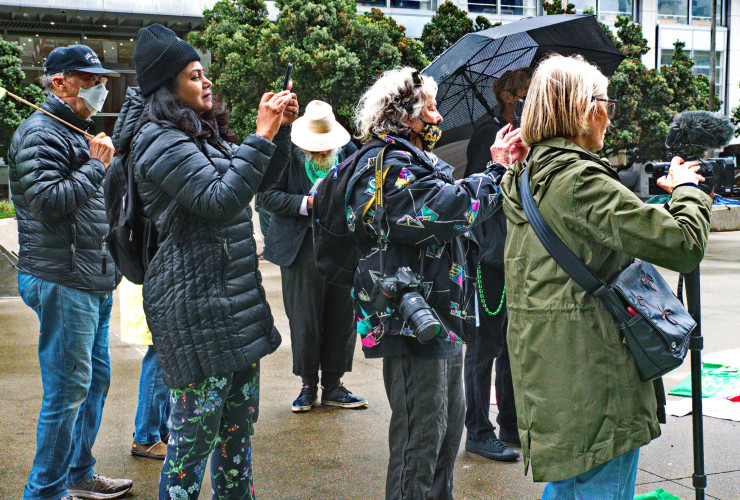 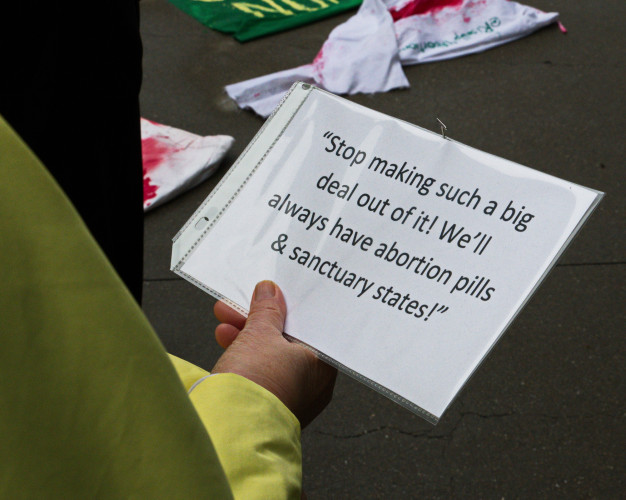 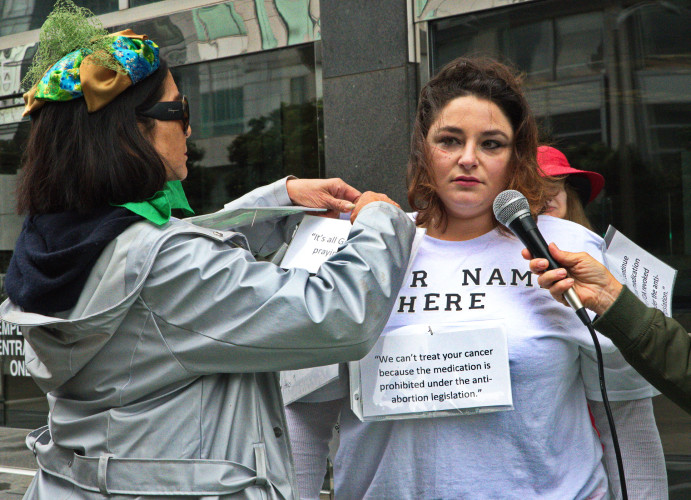 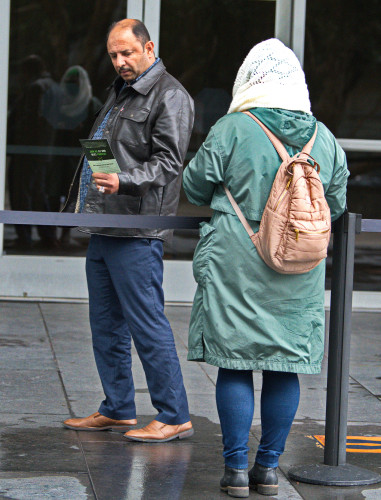 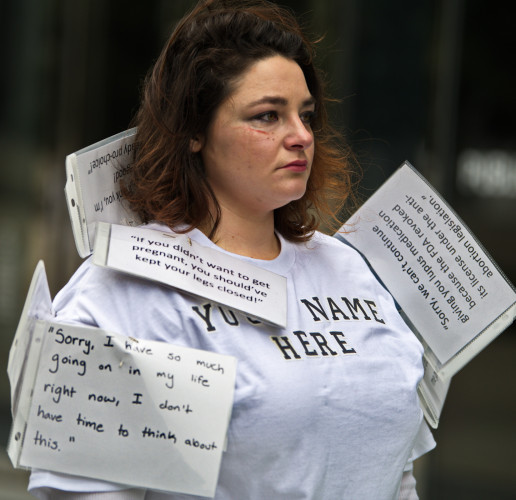 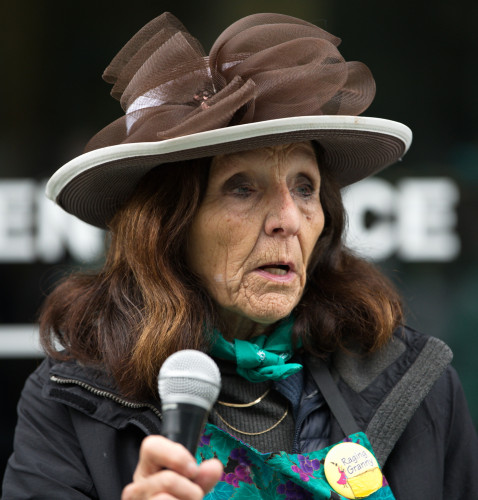 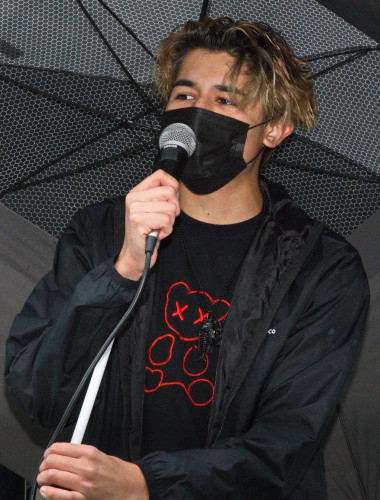 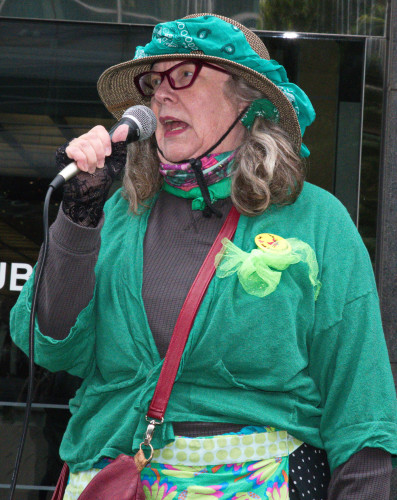 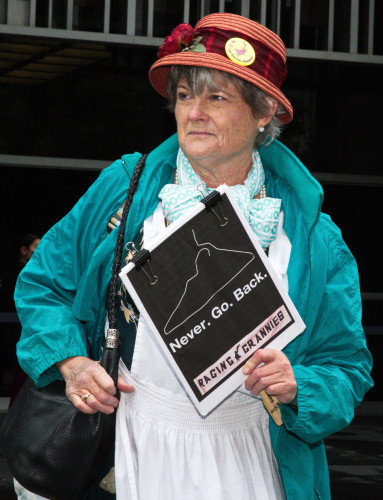 original image (1400x1830)
Add Your Comments
Support Independent Media
We are 100% volunteer and depend on your participation to sustain our efforts!